Actors Who Have Played Twins

Bruce Banner may have an alter ego in the form of The Hulk, but they’re still essentially one person. Mark Ruffalo, who plays Bruce Banner/The Hulk, is also one person, but in the new miniseries from HBO, I Know This Much is True, he plays two when he takes on the challenge of playing twins Dominick and Thomas Birdsey.

He joins a host of other actors who have taken on the challenge in film and television. Check them out below.

Bette Midler and Lily Tomlin in Big Business (1988)
Midler and Tomlin are included together, because not only have they both played a set of twins, but they played them in the same movie. But the big twist in this twin tale is that not only are both sets of twins born at the same time in the same place, but they’re switched at birth so that they grow up believing they have a fraternal twin instead of an identical one. 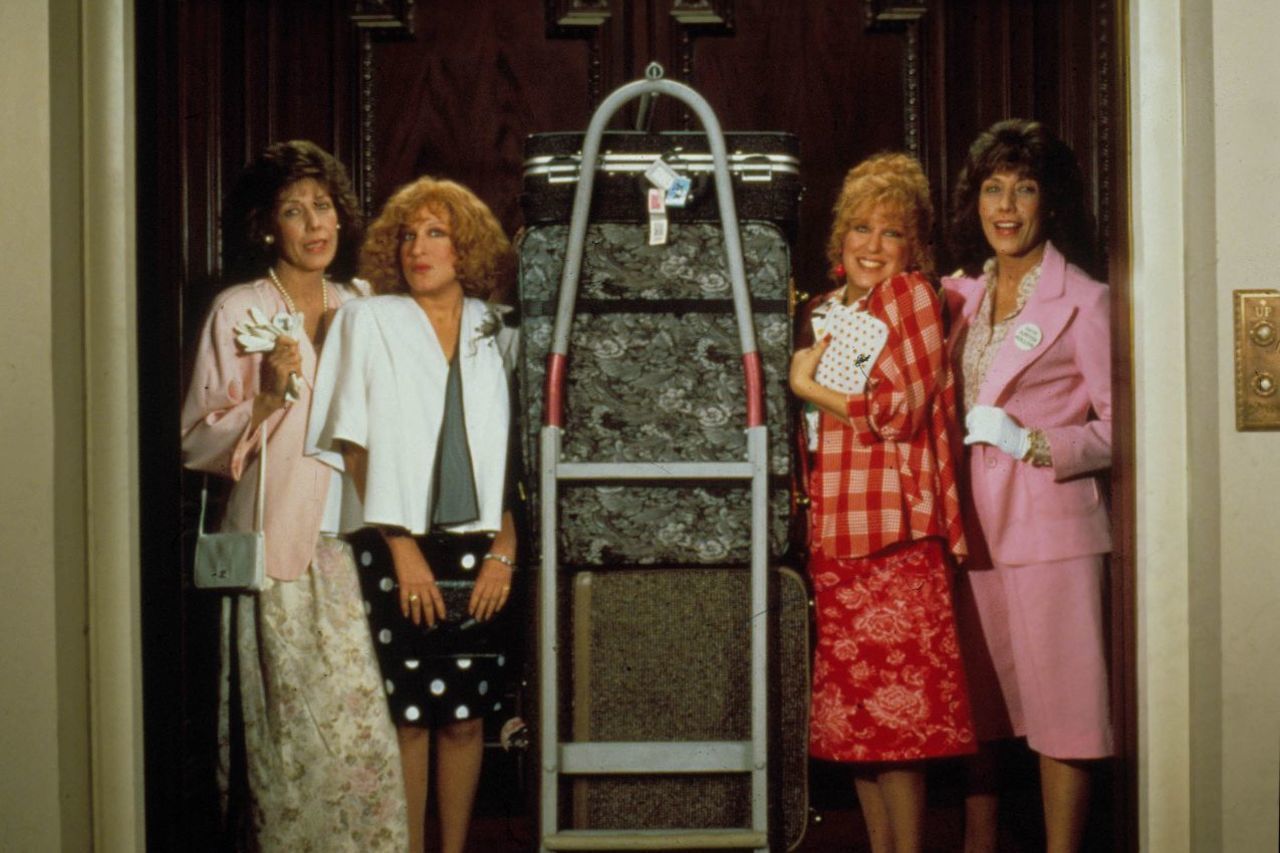 Eddie Murphy in Bowfinger (1999)
Like Peter Sellers and Mike Myers, Murphy is a king of playing multiple roles in one movie. In Coming to America, Vampire in Brooklyn, and Norbit he plays at least three roles in each, while The Nutty Professor movies has him playing the title character, his alter ego, and his whole family. In the Hollywood satire, Bowfinger, Murphy plays just two: brothers Kit and Jiff, who may look the same but have wildly different personalities.

Ewan McGregor in Fargo Season 3 (2017)
The Scottish actor has also played multiple roles in the same movie. In The Island he plays Tom Lincoln and his clone, Lincoln Six-Echo. In Last Days in the Desert, he plays Jesus and Satan. While the two are different characters, they look the same, as Satan takes on Jesus’s appearance, requiring McGregor to play both parts. In the third season of the anthology show Fargo, the actor plays brothers Emmit and Ray Stussy. It’s a bit of a cheat, because they’re not twins, but considering he's also played double roles where he looks the same for both, we thought we’d sneak him in.

Leonardo DiCaprio in The Man in the Iron Mask (1998)
Four years after being nominated for his first Oscar and one year after the release of Titanic, DiCaprio played twins in this movie based on the French legend, as well as characters by Alexandre Dumas. Unfortunately DiCaprio’s performances as the man in the iron mask and King Louis XIV were much maligned, earning him a Razzie Award for Worst Screen Couple. He more than made up for it in the subsequent decades, delivering one brilliant performance after the other and winning an Oscar for his work in The Revenant.

Lisa Kudrow in Friends (1994 – 2004)
Fans of the hit ‘90s show thought Phoebe, played by Lisa Kudrow, couldn’t get any ditzier. Until they met Ursula, also played by Kudrow. Phoebe’s twin sister popped up every now and again throughout the show’s ten seasons, having originated the character in fellow '90s sitcom Mad About You. In 1995, Helen Hunt and Leila Kenzle’s characters from Mad About You appeared in Friends, confusing Phoebe for Ursula to hilarious effect.

Nicolas Cage in Adaptation (2002)
Playing twins can be a hit and miss. Not so for Cage who played Charlie and Donald Kaufman in this film, earning him an Oscar nomination. Although it was his first time playing twins, he did have to play double roles when he switched faces with John Travolta in 1997’s Face/Off.

Paul Dano in There Will Be Blood (2007)
You may not recognise his name, but trust us you’ve seen him. This talented actor has turned out remarkable performances in acclaimed films and TV shows like Little Miss Sunshine, Looper, and Escape at Dannemora. In 2007 he appeared alongside Daniel Day Lewis in this Paul Thomas Anderson film, playing twins Paul and Eli Sunday.

Sarah Paulson in American Horror Story: Freak Show (2014 – 2015)
Paulson and her fellow AHS regulars have an exciting challenge being part of the show, because each season gives them a new character to play. In Murder House, Paulson played a medium. In Asylum, she was a journalist. In Coven, she was a headmistress and witch. And in the fourth season, she played twins. But her spot on this list is unique, because she had to play conjoined twins, which required her to work with a mold of her head and wear customised dresses that accommodated both heads.

Tatiana Maslany in Orphan Black (2013 – 2017)
It’s another clone story, as Maslany plays Sarah Manning, her twin sister Helena, and all her many, many clones. All these clones and characters differ in appearance – sometimes slightly, sometimes vastly – but they’re all played by Maslany. 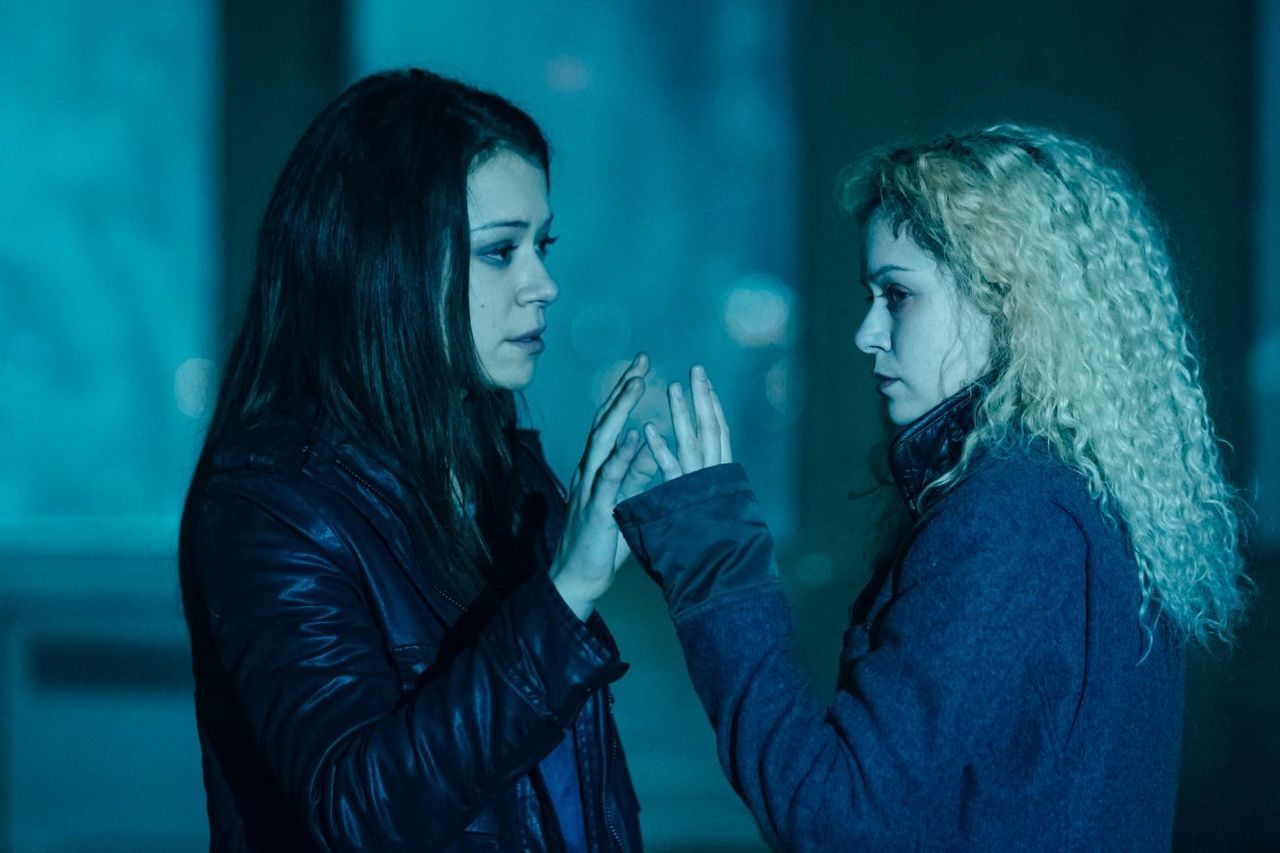 Tom Hardy in Legend (2015)
Hardy’s on double duty as he portrays real-life twins Ronnie and Reggie Kray in this crime thriller. Although the film wasn’t particularly lauded, the actor’s performances were.

Watch Mark Ruffalo star as twins Dominick and Thomas Birdsey in I Know This Much is True every Thursday at 22:00, starting 2 July, on M-Net channel 101.
Want to see double of Will Smith? While he doesn’t play twins, Smith does have to play two versions of himself, in Gemini Man. Watch it Sunday 28 June at 20:05 on M-Net.