A Word About Writers in Movies

Barton Fink, The Help, Sunset Boulevard: all movies that highlight the art of writing. Centring on a figure with a flair for words, we’ve decided to take a closer peek at writers in movies, taking as our inspiration real-life writers whose lives, loves, and lines inspired screenwriters to write a movie about the writer and their writing.

You still with us? Good, because there’s going to be a lot of writing of writers (literally). From Truman Capote and Virginia Woolf to Dalton Trumbo and Iris Murdoch, here are some of our top movies about (real-life) writers.

Philip Seymour Hoffman was a masterful performer, and the Oscar he received for playing Truman Capote in this biopic about the author’s research for In Cold Blood was well deserved. Catherine Keener, who plays Capote’s long-time friend Harper Lee (best known for her book To Kill a Mockingbird), was nominated for Best Supporting Actress.

It would seem that portraying a writer is a surefire way of winning an Oscar, as Nicole Kidman did in 2003 when she won Best Actress for playing Virginia Woolf. Spanning across three generations, the film focuses on the stream of consciousness novel Mrs. Dalloway, which is being written by Woolf in the ‘20s and read by Laura and Clarissa, in the ‘50s and the present, respectively.

If you’re after something a little lighter and far more fantastical, there’s this comedic romp that sees the creatures from R.L Stine’s imagination unleashed upon the world. Naturally this is hardly a biopic, but it’s a great nostalgic romp for anyone who grew up reading Stine’s Goosebumps series.

Watch Goosebumps on Tuesday 14 February at 16:20 on M-Net Movies Premiere.

This Ron Howard directed epic is based on the events that inspired Moby-Dick, written by Herman Melville. The writer of the famed novel appears in the film, portrayed by Ben Wishaw, but focuses more on the story of the doomed whaling ship and its crewmen, played by the likes of Chris Hemsworth, Cillian Murphy, and Tom Holland.

Watch In the Heart of the Sea, your Sunday night movie on 5 February at 20:05 on M-Net. 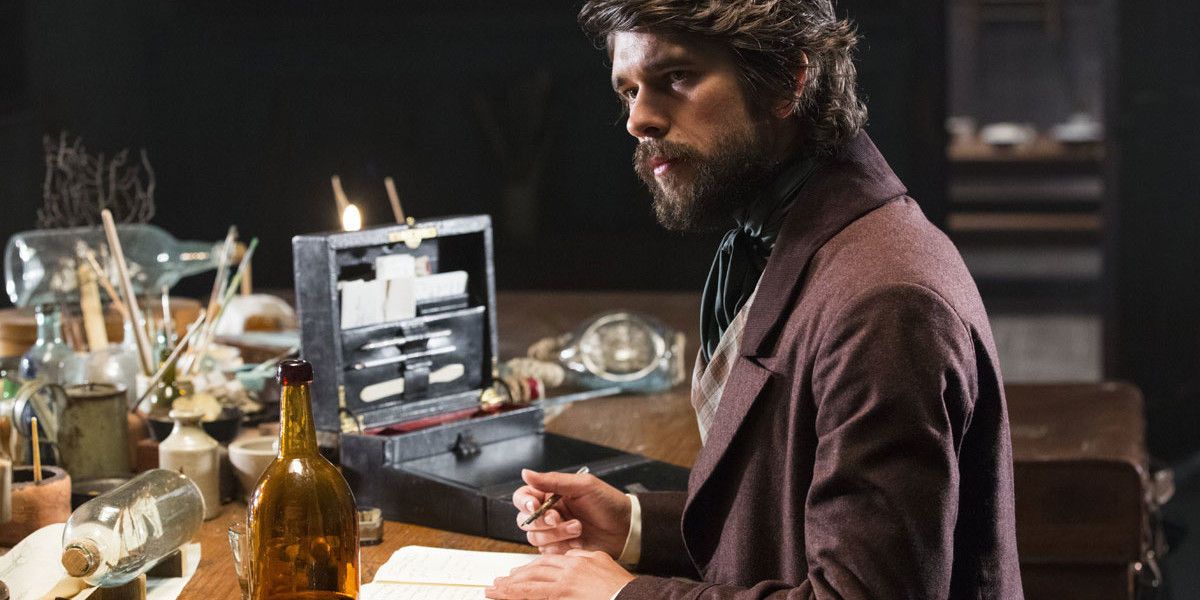 Awards glory was also garnered upon this biopic, about British novelist Iris Murdoch. With the inimitable Judi Dench in the title role, it’s little surprise that she received an Oscar nomination for her work. The incomparable Jim Broadbent won a Best Supporting Actor Oscar for playing Murdoch’s husband, writer John Bayely. Appearing as a younger version of Murdoch is the equally magnificent Kate Winslet, who was also nominated for the film.

Daniel Radcliffe sheds his wizarding cloak in his second film released after the last Harry Potter film. As poet Allen Ginsberg he’s all grown up and showing off some serious acting chops. The film also features Dane DeHaan, Ben Foster and Jack Huston as Lucien Carr, William Burroughs and Jack Kerouac, all integral members of the influential literary movement known as the Beat Generation.

As lovers of horror will know, Stephen King is a person not a movie; but his influence in the world of cinema is undisputable – that’s why he gets a section all to himself. Countless numbers of King’s books, novellas, and short stories have been adapted for the screen, and several focus on writers. In 1990, Kathy Bates went berserk (and won an Oscar for it) when she played the No. 1 fan to James Caan’s writer, Paul Sheldon, in Misery; and in 2004, Johnny Depp got all broody as a writer in Secret Window. One of the most renowned King adaptations, however, is The Shining. With Jack Nicholson as (you guessed it) a writer and Stanley Kubrick at the helm, it became a massive cult classic. But King was not partial to the adaptation, eventually adapting the book into a miniseries of his own.

Here it comes again: another Oscar tie-in, this time for Bryan Cranston playing the blacklisted screenwriter Dalton Trumbo. If you have ever watched Breaking Bad, you will watch anything with Cranston in it, just for the sheer pleasure of watching him perform.

Another person spotlighted on this list is Woody Allen. Like King, he’s a writer who writes about writers; but he takes it one step further and casts himself as them too. In Deconstructing Harry, which Allen wrote and directed, he stars as the title character, a writer. The same thing happened with Manhattan, which Allen co-wrote, directed and starred in (as a writer). However, with the delightful Midnight in Paris Allen, while still writing and directing, allows Owen Wilson to take on the main character: a screenwriter who goes to Paris. In the city of light and love he travels back in time, meeting acclaimed writers F. Scott Fitzgerald, Ernest Hemingway, Gertrude Stein, and T.S. Eliot.

Have a favourite movie featuring a writer? Share your thoughts on social media using the hashtag #SundayNightMovie and watch In the Heart of the Sea, your Sunday night movie on 5 February at 20:05 on M-Net.

Not into writing, books, or the sea? Take to the sky instead with Pedro Almodóvar’s I’m So Excited at 21:00 on M-Net Edge or laugh inappropriately at Sacha Baron Cohen’s bawdy humour in The Brothers Grimsby at 20:30 on M-Net Movies Premiere.

Video
Coming up on 31 July - Business behind bars
Worldwide lockdowns ushered in work-from-home and some freelance writers jumped at the chance to join a publishing start-up. But were they conned into running a business for a convicted paedophile, sentenced to life behind bars?
Video
Courageous. Fearless. Powerful. – Women's Month
Honour leading ladies this August with a starry line-up on M-Net Movies including Jennifer Lopez, Gal Gadot, Keira Knightley, Halle Berry, Melissa McCarthy, Elisabeth Moss, Tiffany Haddish, and many more.
News
Fascinating trivia about movies on the M-Net Movies Collection Pop-Up channel
We take a closer look at Back to the Future, The Purge, and Star Trek movie franchises.
News
Five Great Casino Movies
High stakes!