A Game-Changing Audio Experience Awaits You! – The Voice SA

News
18 May 2019
In a WORLD-FIRST for The Voice, we've partnered with leading audio brand, L- Acoustics for a 3-D sound experience like nothing else!
Subscribe To Watch

The Voice SA live shows have arrived and if you'd like tickets to the hottest seat in town, get yours here. You already know the talent is phenomenal and the production, next-level but there's more in store. This year, we bring it back to what it's all about, THE VOICE and the music in a truly, groundbreaking way. From Sunday night, the sound for all our shows will be delivered using L-ISA Immersive Hyperreal Sound, an innovation that bests true stereo by allowing for spatial placement of individual elements of the music. That means exceptional clarity, detail and sound separation even at concert volumes which you'll get to experience first hand at all our Live Shows!

SO HOW DOES IT WORK?

We spoke to Chris De Lancey from Multi-Media so he could break down the science. In essence, a traditional set-up incorporates an array of speakers placed on the left and right of the stage. To achieve a stereo effect, multiple inputs such as vocals, instruments and backing tracks have to be combined into the left and right speaker feeds. This means only a small chunk of the audience would experience true stereo sound with most hearing everything in mono depending on their seating in the space.

By contrast, L-ISA can accommodate not a mere two but upto 96 channels of audio and play them out in a custom, multiple speaker set up! As Chris made clear,  it is this patented technology which allows for sound elements "to be individually placed in a 3D environment" enveloping the Live Audience in sound. So in layman's terms, our live audience will experience some truly stunning acoustics in the Mosaiek Teatro!

HAS THIS EVER BEEN DONE BEFORE?

In case you hadn't already figured, L-ISA is a pretty huge deal & this technology has never been used on The Voice anywhere outside of South Africa! In fact, Chris lets us in on the fact that it's only been deployed once before in the entire Southern Hemisphere. Not only that, the likes of Aerosmith, Childish Gambino and Deadmau5 are currently implimenting it in their tours. 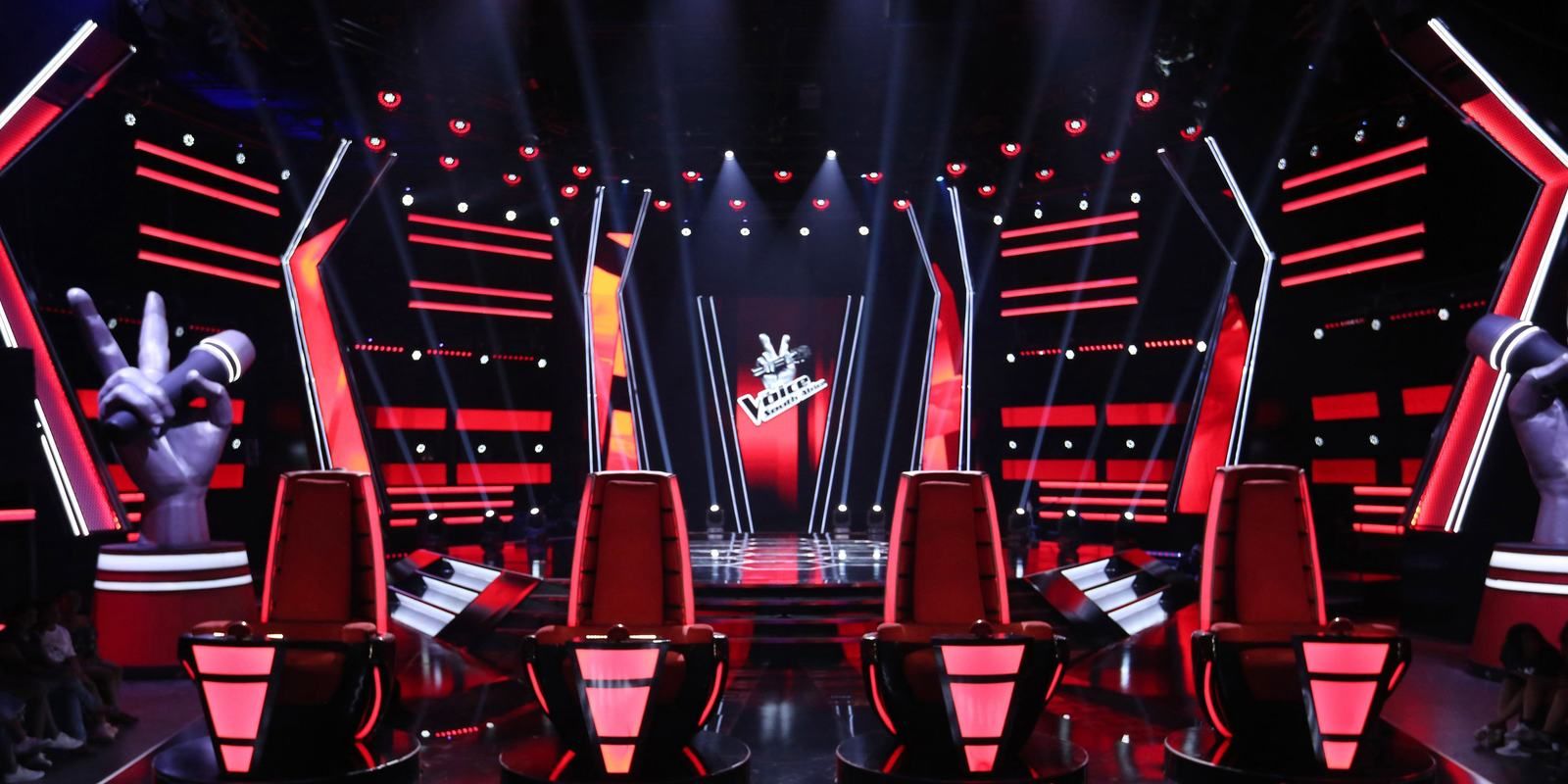 WHAT ARE THE CHALLENGES OF IMPLEMENTING IT?

As you might expect, when you go from blending several sounds into just two feeds to having a feed for every, single voice and instrument on stage, things get extremely complex. You also need tonnes of processing power to meld everything together beautifully and manipulate the position of sound where needed. We can exclusively reveal,  once again thanks to Chris, that our audio engineers on The Voice SA are amongst the first in the country to get training at L-Acoustics HQ in France and they've been hard at work making sure this bold new tech is ready for prime time!

Earlier in the week our production team got to modulate between L-ISA & regular stereo and to quote them, turning L-ISA off is like "putting your head into a vacuum!". Much like black and white isn't quite the same after experiencing vivid colours, we think you're all going to walk away from our shows thrilled & transformed by this unique, auditory experience.

While L-ISA can only be truly appreciated in person, the immense audio enhancements we've touched on now allow for The Voice SA to be broadcast in Dolby 5.1 Surround Sound for the first time ever!

So... are you an audiophile with golden ears or just a music lover who's excited for a top-notch concert experience? Share your thoughts on this world first using #TheVoiceSA on Twitter.

The Voice SA is LIVE every Sunday at 17:30 on M-Net Ch 101. Get tickets to the live shows here and join the conversation on our Facebook page, and on Twitter and Instagram using the hashtag #TheVoiceSA.

Video
Tarryn’s MasterChef SA journey
A stressful, creative, and life-changing experience. Tarryn reflects on her journey in the MasterChef SA kitchen and how important it is to be cognisant of the clock and how time works in a fast-paced kitchen. Plus, who she thinks will win!
Video
Castaway assessment: Yontau – Survivor SA
Ten pre-mergers are returning to play the greatest game on earth and will form part of the Yontau tribe – Nico assesses each
News
The Voice's expert coaches
How much do you really know about the coaches on The Voice?
Video
New talent with The Voice!
They’re looking for the greatest voice! Join Blake Shelton, Kelly Clarkson, John Legend, and Nick Jonas on The Voice season 20.