A fashion extravaganza – West Side Story

News
07 November 2022
A look at the colourful costumes in this classic musical.
Subscribe To Watch

Lights, camera, fashion! Steven Spielberg’s 2021 version of the classic musical West Side Story is a magnificent explosion of dance, music, colour, and style. The story is timeless, but the spectacular fashion is what captures your attention. Let’s take a look at how the costumes were brought to life in this beloved musical.

Award-winning costume designer Paul Tazewell is the man responsible for the elaborate costumes. He previously teamed up with Lin-Manuel Miranda, working on the costumes for his hit Broadway musical Hamilton. For West Side Story, Tazewell wanted to use colours and styles that captured the rich and diverse cultures of the inhabitants of New York in the 1950s. 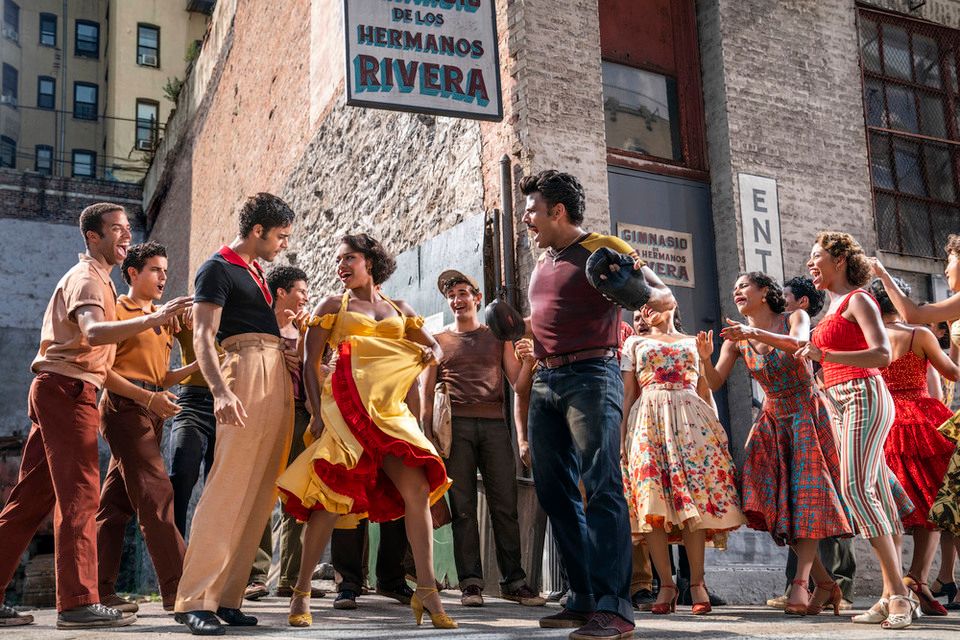 Every outfit can tell a story and give the character more personality. You can tell a lot about a person by the way they dress. Tazewell made sure to carefully differentiate between the Jets and the Sharks who both come from different cultural and social backgrounds. For the Jets, Caucasians with a tough background, he made their clothing more casual and on the go; while the Puerto Rican Sharks dress with flair. 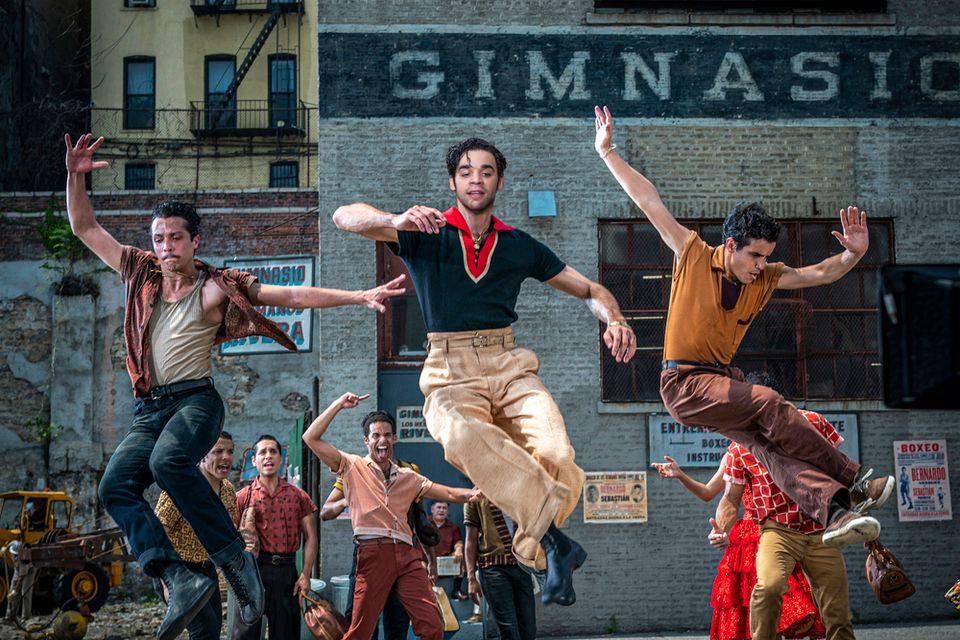 Paul Tazewell said everything was important when creating the outfits: from the fabric to the colours to the fit. Attention to detail was very important and the team worked carefully to make every outfit stand out. The dresses were designed to allow more freedom of movement for the dancers. Tazewell had several colour palettes and designs and Spielberg was quite involved in the process and had to give the go-ahead on them. Fun fact: There were about 400 extras cast for the street dance scenes 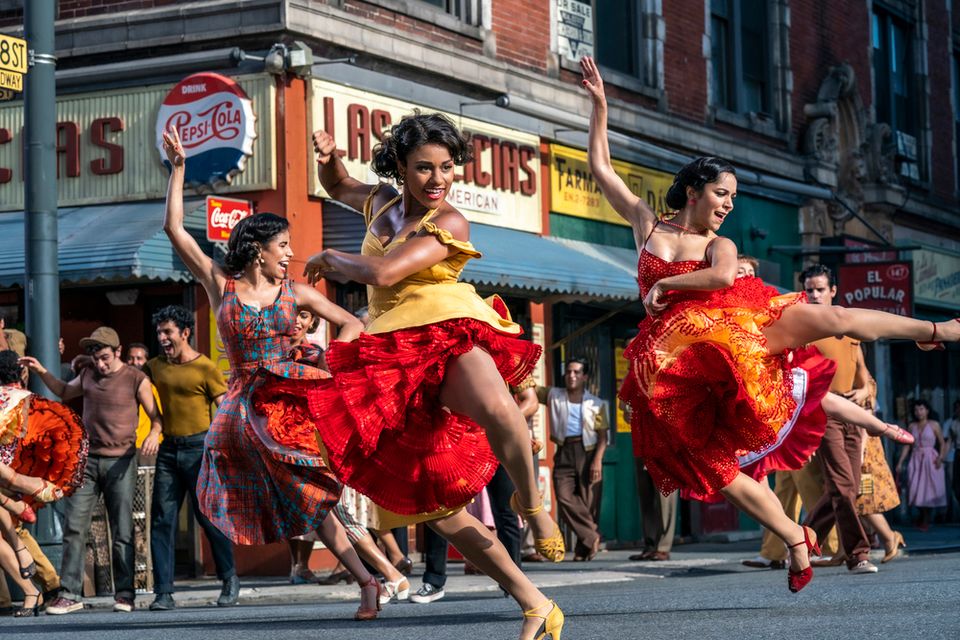 Watch director Steven Spielberg and designer Paul Tazewell give more insight into the costume design for the movie.

Video
Watch the trailer – West Side Story
Based on the 1957 stage musical, West Side story follows the forbidden love between the young Tony and Maria who are from rival street gangs and different ethnic backgrounds.
Gallery
West Side Story
Get a sneak peek of this musical.
Video
Wild West wonderland – The English
Go behind the scenes of the new miniseries about love, tragedy, and revenge. Actors Emily Blunt, Chaske Spencer, Rafe Spall, and Valerie Pachner, as well as executive producer Greg Brenman and writer and director Hugo Blick discuss stories, characters, and shooting Spain as a stand-in for the North American plains.
Video
The big one: West Coast diamonds
𝗧𝗵𝗶𝘀 𝘀𝘁𝗼𝗿𝘆 𝗼𝗿𝗶𝗴𝗶𝗻𝗮𝗹𝗹𝘆 𝗮𝗶𝗿𝗲𝗱 𝗼𝗻 𝟱 𝗝𝘂𝗻𝗲 𝟮𝟬𝟮𝟮. Like the pioneer diggers on whose backs South Africa's rich mining history was built, diamond miners in the Namaqualand West Coast stake their futures on The Big One. Some work for bigger miners, some as privateers with their own concessions. But for of them it's risky and backbreaking work diving the icy depths or scratching in the surf, eyes peeled, for the gem that will change their fortunes. Carte Blanche gets an inside look at the lives of rugged men who share a passion for the shiny stones and a good story.