5 Reasons You Should Be Watching Us

News
12 May 2020
Why you should be watching Jordan Peele’s second horror.
Subscribe To Watch

Turn off the lights and pull your feet off the floor. Sunday night is about to get scary. On 17 May at 20:05, M-Net channel 101 will bring you the brilliant and frightening horror film, Us. Here’s why we think you should be watching.

Jordan Peele
Comedy star Jordan Peele impressed audiences and critics alike in 2017 with his astute directorial debut, Get Out. It was even nominated for Best Picture at the Oscars – a feat achieved by very few horror films. Last year, Peele was instrumental in reviving the anthology series, The Twilight Zone, which focuses on stories with supernatural, sci-fi, and, of course, horror themes. In the same year, he also released his second feature film as director, Us – another horror. He’s clearly found a new niche after many years in comedy and we’re here for it. His upcoming projects, on which he’s working as producer, include the horror series Lovecraft Country and the Candyman remake. 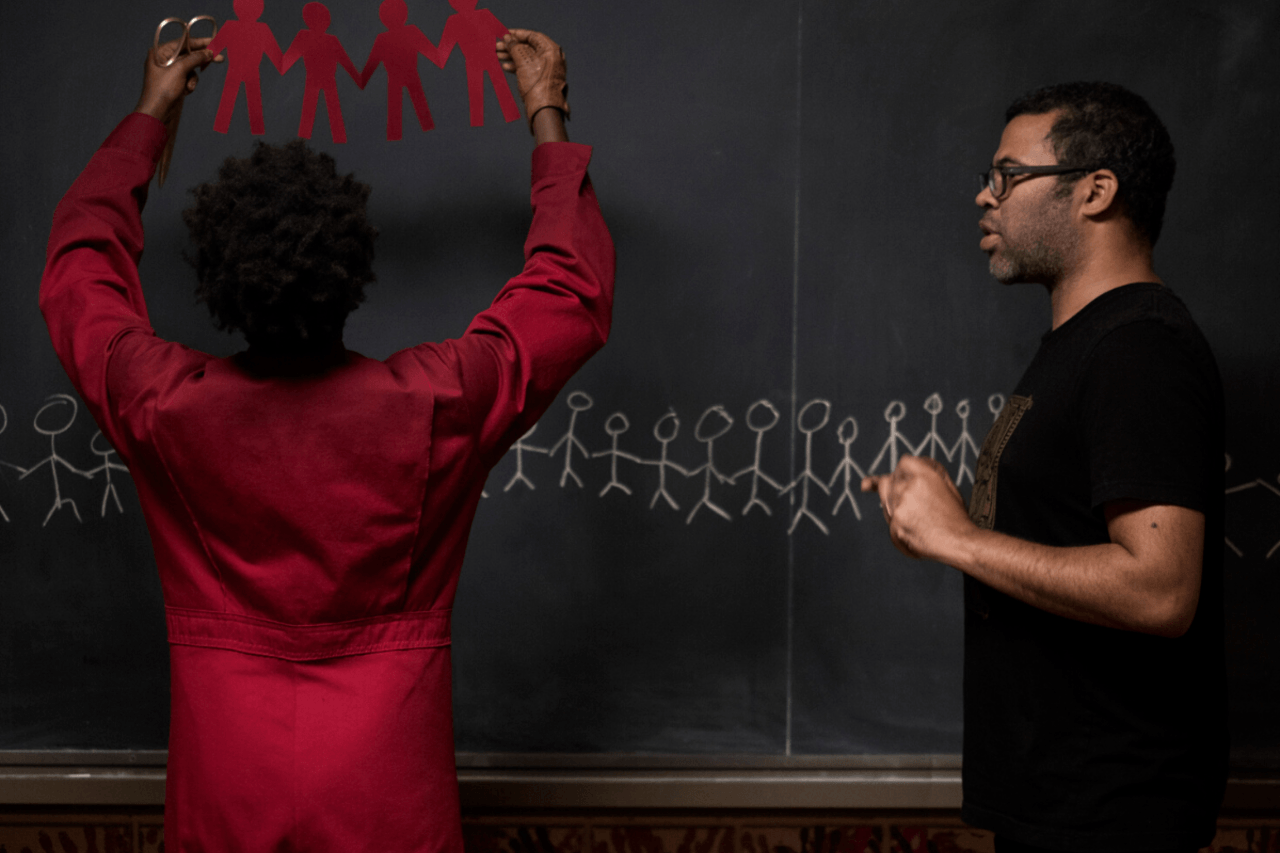 The Genre
If you’re a horror movie fan, there’s a good chance you’ve watched Us. If not, what are you waiting for? Sunday night, we suppose. Although it’s got the tension and the suspense and the scares, this is not your average horror movie. It’s smart, it’s scary, it’s funny – which can be said of many scary movies – but it’s blissfully free of the many horror movie clichés that have been stabbed to death throughout the decades. It also doesn’t fit very neatly into any sub-genre of horror. There are no clowns, no vampires, no zombies, no witches…and it’s mercifully free of torture porn. 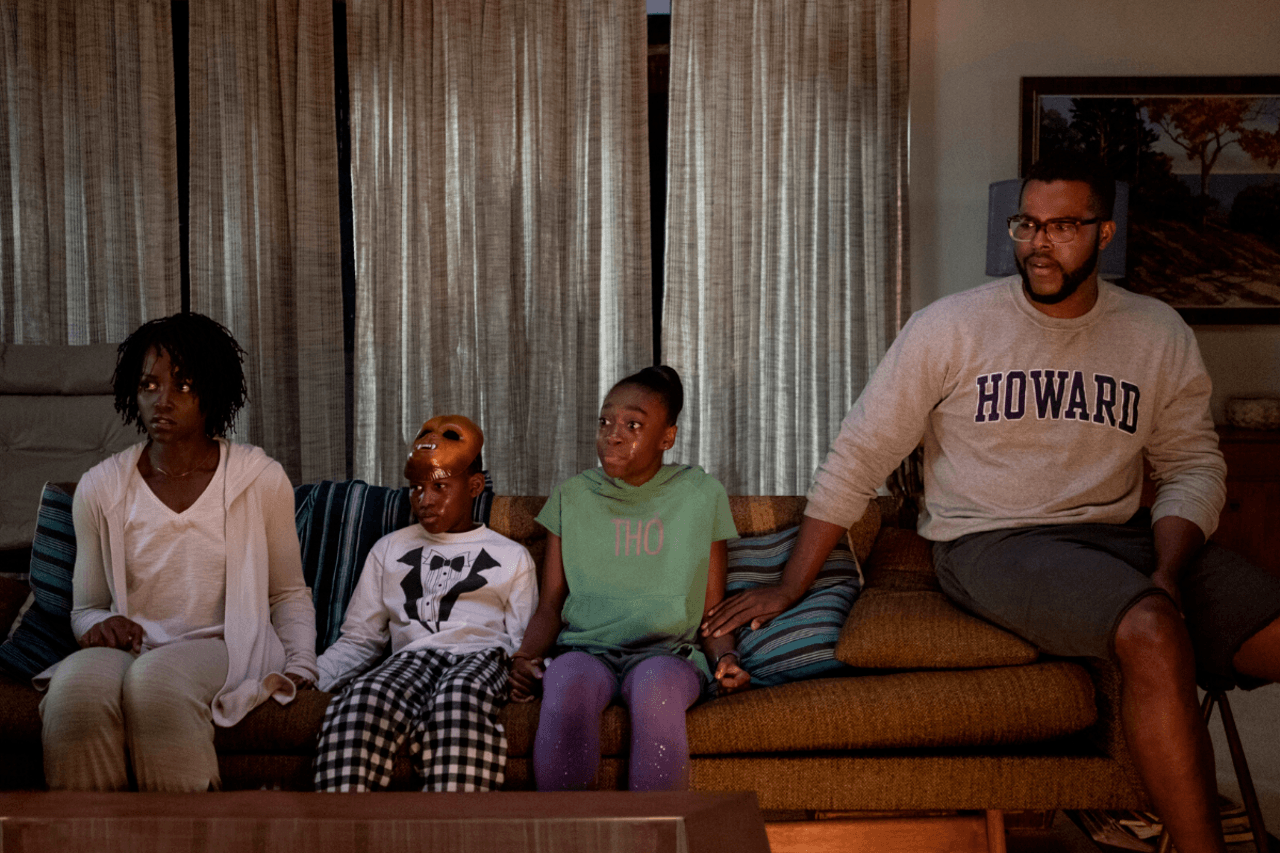 The Music
Music can make a world of difference to the tone and atmosphere of a movie and almost nowhere is this more true than with horror. Would Psycho’s shower scene be half as scream-inducing without Bernard Hermann’s score? Without John Williams’s two-note Jaws theme, would Brody, Quint, and Hooper have left poor old Bruce the shark alone? For Us, Peele reteamed with his Get Out composer, Michael Abels, for an undeniably eerie score, using Japanese taiko drums, violins, a cimbalom, and a 30-person choir. In addition to the score, there are familiar tracks like The Beach Boys’ Good Vibrations,  Luniz’s I Got 5 On It (listen to the remix in the trailer below), Janelle Monáe’s I Like That, and a fun use of NWA’s F**k the Police.

The Cast
The Wilson family is impressively portrayed by Lupita Nyong'o and Winston Duke as the parental unit, with Shahadi Wright Joseph and Evan Alex as their children. What makes their performances even more impressive is that not only do they have to portray their characters (Adelaide, Gabe, Zora, and Jason), but their eerie doppelgängers too. An especial shout out to Joseph and Alex (as well as Madison Curry as the young Adelaide), because nothing creeps us out like creepy kids, and these young actors do it brilliantly. Fans of Mad Men and The Handmaid’s Tale will also recongise Elisabeth Moss, while Watchmen fans should be on the lookout for Yahya Abdul-Mateen II. 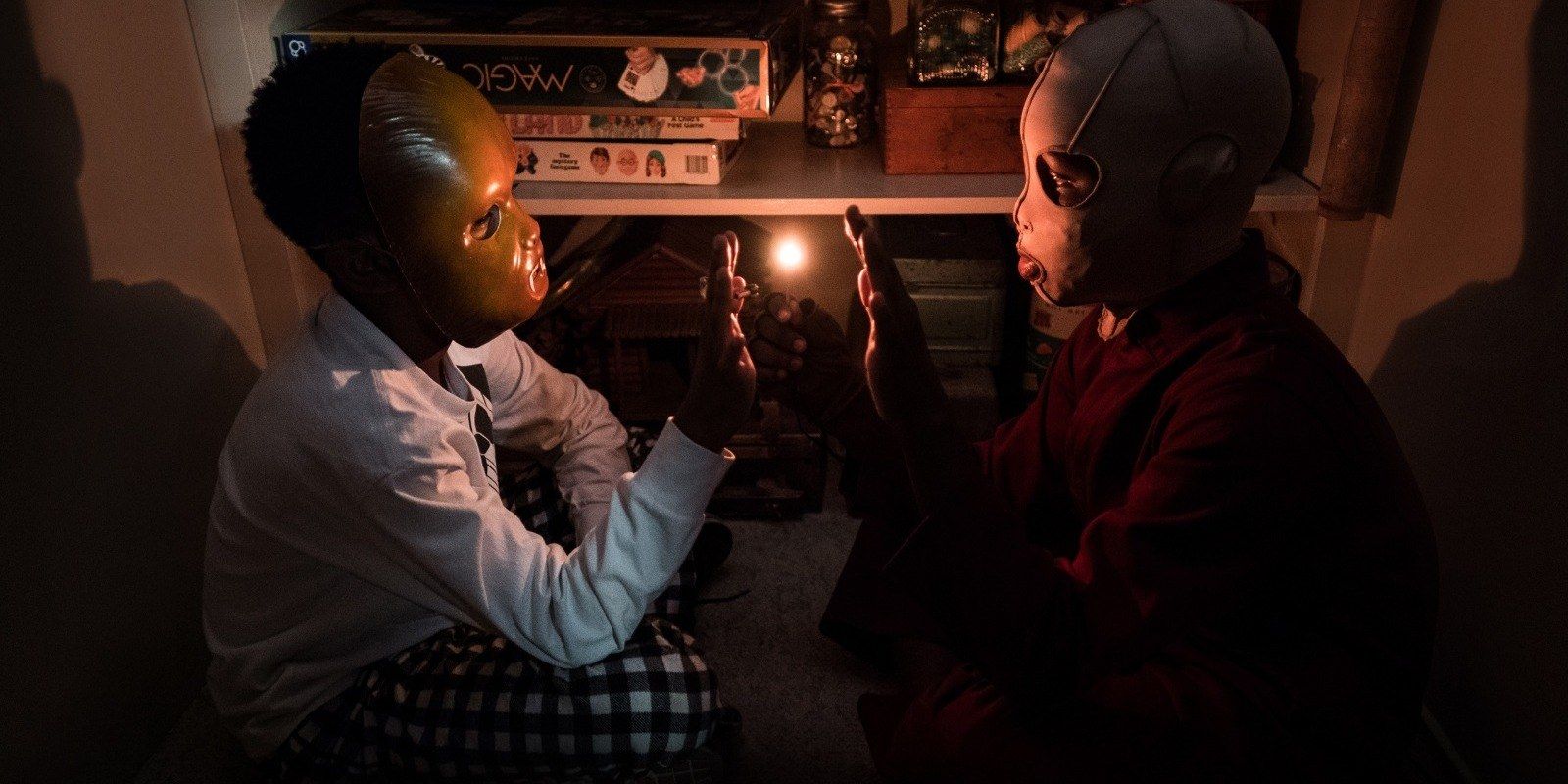 The Easter Eggs
As a movie buff and horror aficionado, Peele can’t resist the occasional Easter egg or two or three. There are quite a few of them in Us, including his Corey Feldman triple whammy. The first of these is the location. Us was shot in Santa Cruz, just like the 1987 vampire flick, The Lost Boys, which starred Corey Feldman. It’s even referenced in Us when Adelaide’s mother says, “You know they’re shooting a movie over there by the carousel.” Then there’s the line “It’s our time now”, which is a reference to motivational dialogue for the ‘80s classic The Goonies, also starring Feldman. The third one is a bit more obscure, as you’ll really need to know your ‘80s pop culture history: in Us, young Adelaide wears a shirt featuring the cover of Michael Jackson’s Thriller, which is a reference to Feldman’s friendship with the king of pop.

News
Three reasons why you should watch The Johnsons
This hilarious but relatable comedy focuses on an average Nigerian family in Lagos, the challenges they face and how they cope with what life has to offer. Warning: By the end of this article you will be officially hooked on The Johnsons!
Video
Enter My Kitchen Rules SA season 4
Entries are now open! Grab a partner and show us your best foodie skills and we could be watching you in season 4 of My Kitchen Rules South Africa. Entries close 8 May.
Video
Watch the Trailer – Us
A socially-conscious horror film starring Oscar® winner Lupita Nyong’o, Winston Duke, Elisabeth Moss and Tim Heidecker.
Gallery
Us