Watch The Earthshot Prize: Repairing Our Planet Season 2 on DStv

Get to know activists, who are out to repair the planet. 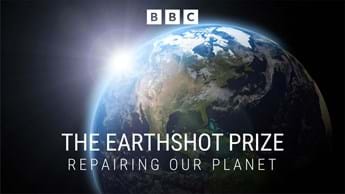 Each year for the next eight years, five groups of innovators and activists around the world – who’re tackling five massive ecological challenges – will be awarded a ₤1 million (R20 305 429) prize from the Earthshot organisation. The money and publicity from the awards, founded by Prince William, will help them to scale up their local project, and to spread it around the world.

Each episode of Earthshot will focus on these five challenges, known as Earthshots. We’ll meet the three finalists and visit their projects, and later, Prince William will announce the winning project. The Earthshot judges will also introduce communities who are already directly impacted by these issues, showing us why it is so urgent that we act now.

Read on for this year’s African finalists – and to find out how Multichoice is supporting Earthshot in Africa.

Watch The Earthshot Prize: Repairing Our Planet Season 2 from Sunday, 13 November at 16:15 on BBC Earth (DStv Channel 184) and on Catch Up.

Growing up in Kenya’s Mukuru township in Nairobi, Charlot Magayi sold charcoal for fuel, then had to breathe polluted air that made her whole community sick. In 2017 Charlot founded Mukuru Clean Stoves. Her stoves burn a fuel made from charcoal, wood and sugarcane that creates 90 percent less pollution than an open fire, and 70 percent less than a traditional stove. The stoves save money and time, especially in rural areas, where girls often have to spend three hours a day collecting firewood.

Is there an even cheaper alternative to Kenya’s cheapest way of getting around town – the Boda Boda motorbike taxi? Now there is: Roam electric motorbikes and buses designed and made in Africa, for the African market and roads (and with the African pocket in mind).

In October 2022, Multichoice became an official media partner of The Earthshot prize. As well as broadcasting the awards, Multichoice has committed to raising awareness and understanding of the Earthshot projects across Africa, supporting local finalists, and helping to mobilise communities to take on sustainability challenges.

“As the leading entertainment company in Africa, we have an extensive footprint on the continent – we reach 21.8 million households across 50 countries. We are well positioned to make a meaningful contribution to create a sustainable future in Africa. This partnership will enable us not only to educate communities on climate change, but to also encourage innovators to pitch their solutions, inspire other corporates to join the fight against climate change and to motivate governments to prioritise climate change as part of their national agendas”, says Imtiaz Patel, MultiChoice Group Executive Chairman.

Watch The Earthshot Prize: Repairing Our Planet Season 2 from Sunday, 13 November at 16:15 on BBC Earth (DStv Channel 184) and on Catch Up.