Thrilling documentaries to sink into this week

Can history predict what happens next? What makes Mondays so amazing? Are we ready to hear the truth about Woody Allen? These are questions to ask before checking out documentaries this week… only on DStv 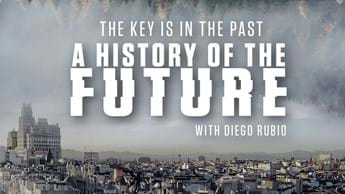 There’s an old saying that those who don’t learn from the past are doomed to repeat it… this week in History of the Future on History (DStv channel 186) take a look at what past trends mean for humanity going forward.

Curiosity (DStv channel 185) keeps up with Super Science Monday with two exceptional shows playing back-to-back. Destination: Moon, takes a look at the importance the Earth’s satellite will play in future space travel. Then Invisible Nature showcases the unseen forces that create and enhance life on earth.

On a darker note, Impact of Murder on ID (DStv channel 171) returns to look at life after a tragedy. Murder is a crime with consequences that makes most traditional crime seem like child's play. Its impact on those left behind will normally never wane and can last an entire lifetime. Alien vs Farrow is first on Showmax and looks at the abuse allegations made by Mia Farrow on behalf of her daughter, Dylan.

The Valley: Hunting Egypt's Lost Treasures on National Geographic (DStv channel 181) follows a team focused not only on understanding and exploring pyramids but also in fighting to preserve them for future discoveries.

As part of the BBC Earth (DStv channel 184) Eco Month, take a look at the challenges facing our planet and its survival. In 7.7 Billion People and Counting, we see the impact the ever-growing population is making on our planet.

If you’re looking for some real-time action, then SuperSport Open Week is just right for you. This 12-13 March, anyone can enjoy the full range of sports channels. Only on the DStv app, download now.

There’s always so much more to discover with DStv’s wide array of factual and documentary films and shows – all with the click of a button.

History of the Future

Take a leap into the unknown with this insightful series. Comprising four episodes that explore one key aspect of society by analysing historical trends, you’ll be sucked into the vacuum of time. The team examined hundreds of hours of archival footage and modern 4K images filmed across five continents and worked with leading scientists and historians to interpret the evidence and put forward their theories about how history will develop.

The moon was once considered hellishly far from Earth. The lunar surface is a place for human expeditions few and far between. Man's time on the moon was reserved for a select few who dotted the history pages with feats most will never read about. But soon, in our lifetimes, it looks set to become an everyday event. How did we get here? And what role will the moon play in man's next attempts to conquer space?

Plants are unique living organisms – they have adapted to their environment and given rise to some of the most incredible life on earth. Since plants can’t move, they use different skills than humans to survive in inhospitable environments.

While there is certainly a wide range of adaptations and skills that plants use to survive, we will be discussing one such adaptation in particular: how plants deal with environmental stress.

Environmental stressors affect all living organisms in some way or another. It comes in many forms – from a lack of nutrients, extreme temperatures, the interfering light spectrum and other physical disturbances. This environmental stressor affects plant CNS functioning, causing it to follow a more inward, self-preservative pattern of behaviour instead of focusing on growth.

Losing a loved one is hard enough to handle, but when a person is murdered... well, we're all changed forever. This series will try to capture the changing landscape of murder's impact on society – the initial devastation, the grieving period and the long steady march towards "closure".

Within Egypt’s deserts lie its greatest treasures: Dynasties of pharaohs, lost cities and mighty kingdoms. Yet buried beneath the sands are more recent objects whose fate is often no less uncertain – unique automobiles and aircraft from the early 20th century.

As Cairo grows and urbanization encroaches on the desert, many of these historically significant vehicles and aircraft are being destroyed piece by piece. This documentary follows archaeologists in their race to save these remnants from destruction, once considered garbage by their original owners. Explore what may be the world's first-ever Egyptian car showroom in Giza; reveal how Islamic law in Egypt has deterred Western collectors from acquiring the country's key artefacts and decipher hieroglyphics on a fragment of an airplane.

Allen vs Farrow is a multimedia investigation made by three women into the sexual abuse allegations levelled at Woody Allen by his then seven-year-old daughter, Dylan Farrow. The women first began working on the project anonymously, no one outside their small circle knew they were making it. The original intent was to create a piece of agitprop: bold, funny, irreverent and angry. The three created a series of comics to go along with the information they had uncovered about the case: graphic treatments drawn from rumours and half-truths that circulated around them in the media and popular culture.

By 2050, there could be 10 billion people living on the planet, and that may simply be too many for the Earth to sustain. In this documentary special, English naturalist, nature photographer, television presenter and author Chris Packham, who’s dedicated his life to protecting the natural world, travels the globe in search of answers to some difficult and controversial questions. Could we reduce the impact of our growing human population and could humans ever choose not to reproduce for the sake of the planet?

Get the DStv app (Apple or Android) and download your favourite episodes to watch on your phone or tablet. Just remember to connect to Wifi first to avoid surprise data costs.