All the slime, all the fun this week on DStv

Get ready for slimy good fun with the Nickelodeon Kids Choice Awards, intergalactic travel and incredible local adventures… only with DStv’s School of Laughter 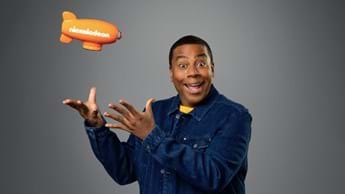 Get ready for big, awesome adventures for the kids this week!

Who says awards season is just for grown-ups? Catch Kids Choice Awards on Nickelodeon (DStv channel 305) to celebrate the best in kids' entertainment over the last year. With five nominations, Justin Bieber could be the biggest winner – and the most slimed of the night!

Take a journey on the savanna with Kikoumba on Boomerang (DStv channel 302) as a 1 000-year-old tradition determines who will be the new king.

Take a tour of amazing local places with Oompie and a group of young explorers in Siyaya: Wildest Cape on Da Vinci (DStv channel 318).

It’s time to take a cosmic journey with a stellar new show and an astral movie. Elliot from Earth on Cartoon Network (DStv channel 301) is the awesome journey of a 10-year-old boy and his mother as they visit awesome new places across the solar system. Then, Saturday afternoons are filled with fun and high jinks in Aliens Stole My Body on M-Net (DStv channel 101).

As always, there are more fresh episodes of everyone’s favourite shows. The Fungies, on Cartoon Network (DStv channel 301), and PJ Masks on Disney Junior (DStv channel 309) will put everyone in a good mood!

A reminder for all sports fans – this weekend is Open Week for all SuperSport channels! That’s right – from 13 to 14 March, anyone can watch all the live sports on the DStv app. If you haven’t done it already, download it now!

Nickelodeon’s Kids Choice Awards is an annual event that brings together kids’ favourite celebrities, movies and music, as well as thousands of products for the younger set. Hosted by Kenan Thompson, this virtual show will have performances and appearances by major stars – look out for Milly Bobby Brown, Gal Gadot, Justin Bieber, Charli D’Amelio, Lin-Manuel Miranda and JoJo Siwa.

Every day for a full year, all the animals of the savanna are given the chance to challenge the king and take the crown for themselves. Since it only happens once every 1 000 years, it is what generations have been preparing for. It is now or never for those wanting to overtake the current monarch, King Kikoumba.

Here and there lies a tale untold in the Western Cape. Oompie, a country kid at heart, has inherited all the courage his adventurous grandfather gave him to explore the more remote parts of that beautiful province. He has also inherited his annual birthday present: One month off school (that’s 14 days for us non-maths geniuses). Oompie is planning to set out on an epic journey across the diverse terrain of South Africa’s Western Cape with a group of young explorers.

Elliot is a curious and adventurous young boy who recently moved from Milwaukee, Wisconsin, to Omaha, Nebraska. This is a story about his journey and the friends he meets along the way. In this imaginative tale, Elliot's mom Frankie transports him across the universe to meet amazing aliens and creatures from faraway places.

The Galactic Patrol is back, but they've lost Deputy Rod Allbright's body. It's been stolen by BKR, the most fiendish villain in the galaxy. It's up to the patrol to solve the mystery and return Deputy Rod to his rightful place. There are only 24 hours before an alien can claim ownership of Rod's body forever. Is their mission impossible?

Get the DStv app (Apple or Android) and download episodes to watch on your phone or tablet. Just remember to connect to Wifi first to avoid surprise data costs.