What to Watch on DStv Premium in September 2022 | Highlights

Be the VIP with DStv Premium this September

DStv Premium lifts the velvet rope for you this September. Enjoy red carpet action from the Emmy awards to Legacy’s boardroom bloodshed. 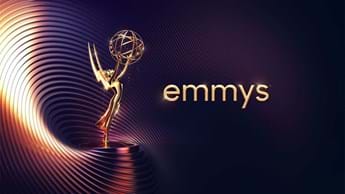 What’s the Price of backstabbing your way to the top? Find out as M-Net (DStv Channel 101) telenovela Legacy comes to a spectacular end on Thursday, 15 September. It’s all action from the moment that Felicity (Mary Anne Barlow) returns on 1 September, because there’s an assassin gunning for her. On the other hand, Angelique (Michelle Botes) and Sihle (Fezile Makhanya) think on their feet when their plot to save Legacy is exposed.

For a more peaceful celebration of excellence, you saw all your favourite stars on DStv over the past year, now join in celebrating their work at the 2022 Emmy Awards. Between Young Rock and The First Lady, we’re getting an invitation to the White House, too.

PS: because you get ALL of DStv with DStv Premium, check out our other monthly highlights packages for news about September’s hit shows like I Love That For You, Miss Scarlet And The Duke and The Weakest Link With Romesh Rangathan.

Retirement who? When he hit his mid-80s, everyone’s favourite nature presenter Sir David Attenborough set off on a seven-year globetrotting mission to revisit iconic locations that he’d filmed in the past, to reveal the state that they’re in now, and to capture exciting new animal behaviour using the latest technology. From state-of-the-art deep-ocean exploration, to the Great Barrier Reef, to the rainforests of Borneo, this is our world through his lens.

For the first time ever, Naked And Afraid is leaving behind desert sunburn and chafing sand, and moist, parasite filled jungles, to dump four teams of three fan-favourite survivalists each in Montana’s icy wilderness for 14 days. They’ll be stranded with no shoes, no clothes, no food, and no water. They only select primitive tools and a bare minimum of raw materials that they need to survive. As they make their way, some dangerous animals will be coming out of hibernation around them…

Welcome to the world of wrestling entertainment. Jack Spade (Stephen Amell) is the Heel (bad guy) to his little brother Ace’s (Alexander Ludwig) Face (good guy). Jack runs the Duffy Wrestling League, which they star in following their father’s suicide, but Ace is desperate for better storylines. Guests include CM Punk and Mick Foley.

Last season ended with forensic psychologist Kristen and wanna-be priest David kissing, just after she admitted to him that she murdered Orson LeRoux. A forked tongue hints that either David is seeing things, or Kristen really is demon possessed now. The is-she-or-isn’t she question becomes this season’s big mystery, so we’ll be watching closely…and so will Kristen’s nemesis, demon lawyer Leland Thompson.

We’re splitting our time several ways this season. In 2032, Dwayne is running to be President of the United States. In 1996, Dwayne is battling to make his name in Canadian Football, until a series of injuries forces him to change his path and he takes his first steps into the ring at the WWF. In 1987, Dwyane is in Nashville as a teenager. Back in 1984, little “Dewey” battles to catch his sports hero dad Rocky’s attention. Meanwhile, the Johnsons’ marriage hits a rough patch and Rocky starts to feel overshadowed by Dwayne’s mom Ata.

Go inside the White House to uncover how each administration’s First Lady has shaped policy, while the series explores her personal journey during her husband’s campaign trail. This season focuses mainly on 2009-2017’s Michelle Obama (Viola Davis) and her poise in the face of outraged racism and hate. 1974-1977’s Betty Ford (Michelle Pfeiffer) and her openness about addiction and cancer is explored, and you get a look into 1933-1945’s Eleanor Roosevelt’s (Gillian Anderson) calm refusal to bow to the sexist limitations placed on her.

Also on Premium this September