In this week’s factual entertainment offering, DStv gives customers a window into the lives of some familiar faces. 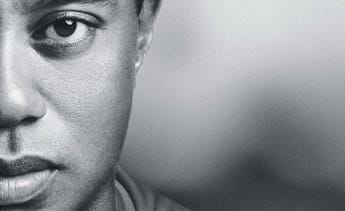 Back in the news after a tragic car accident, golf superstar Tiger Woods is no stranger to controversy off the greens. On 1Magic (DStv channel 103), the much-anticipated and talked-about documentary, Tiger, traces the true story of how an idealistic young golfer became one of the most famous sporting stars in America while navigating his own personal challenges.

Brody Stevens: Enjoy It is a comedy documentary coming to Comedy Central (DStv channel 122) that introduces audiences to an incredible and complicated figure in American comedy. It is the life and times of stand-up comedian Brody Stevens. His unconventional rise to fame and simultaneous demise are portrayed using animated sequences, voice-overs from friends and fans as well as stand-up footage.

Take a look at a favourite comedy star, Eddie Murphy: Laugh til it hurts, on 1Magic (DStv channel 103). With a career that has spanned almost 60 years, he is best known for his comedic and dramatic performances. His career has been critically acclaimed and his films have grossed over $4.6 billion domestically. One of his most recognizable trademarks, which originated from his childhood, is his laugh.

History shows that the most common causes of societal collapse are more subtle: economic decline, political apathy and environmental damage. After Armageddon on History (DStv channel 186) takes you on a global journey exploring the historical causes and consequences of collapse throughout time. We discover that the aftermath of a disaster is far more interesting than the disaster itself.

Get ready for another incredible Wildlife Wednesday on Curiosity (DStv channel 185). This time, we take a look at Mountains: Gateways to Heavens. Mountains are like gateways to heaven. Rising high above the Earth’s surface, they hold some of the most spectacular views and at the same time, some of the most brutal rocky terrains. These places that sit at the edge of life on Earth are home to a whole host of wildlife and some that we still think we have yet to discover…

Imagine getting home from work to find that you’ve been robbed. Or discovering your partner has been killed. It sounds like a nightmare scenario, but it is all too real for the people featured in this gripping documentary series. Murder at My Door with Kym Marsh on Lifetime (DStv channel131) tells the stories of innocent members of the public who have been murdered or attacked in their own homes by someone they knew – someone they believed they could trust.

As if this week wasn’t sizzling enough, we have some more March madness in store for you. For one weekend only, all SuperSport channels will be available for everyone to watch from 13-14 March only on the DStv app. That means you can watch the latest and greatest in SuperSport anywhere, anytime. Have some questions about the app? Check out more info here.

There’s always so much more to discover with DStv’s wide array of factual and documentary films and shows – all with the click of a button.

Watch an intimate portrait of Tiger Woods, telling the real story of his road to riches, ruin and finally, redemption. The film covers many aspects of Woods' life, including the perfectionist tendencies that earned him the nickname “Tiger Woods Lite” that he became famous for as a child, his quest during his prime for Jack Nicklaus’ record of 18 Majors and his scandal-ridden personal life dotted with numerous affairs and marital problems with former wife Elin Nordegren.

The documentary takes us through the history of Stevens' life, starting with the death of his grandfather. At his funeral, Stevens tells a joke which is seen to be funny by his mother. She encourages him to entertain others with his jokes and takes him on the road during her stand-up tours. His father asks him to try to make money as a business rather than being an artist. He also has a spell in rehab as he is trying to deal with drinking issues. By the end of the documentary, we are back at his grandfather's funeral where Brody makes up a joke on the spot, but it loses something compared to what he thought up before while thinking of his grandpa.

Eddie Murphy: Laugh til it hurts

Although he is not the first name that comes to mind when one thinks of comedians, Eddie Murphy has managed to completely revolutionize the comedy industry and remains one of the most respected comedians for his contributions. He got his own show when he was only 19 years old, but only after mistaking an actual audition for a crowd scene in a movie. From making us laugh with some of his greatest movies to recordings of stand-up routines, we look at this man's life and career journey so far.

A total of 71 major man-made or natural catastrophes have killed more than 100 000 people since 1900. The massive death tolls caused by these disasters often leave communities destroyed and devoid of their culture, language and identity. It is extremely important for the world to learn from its mistakes and prepare itself accordingly for the next catastrophe before it strikes. Take a look at how life changes and adapts to major events from Hurricane Katrina, 9/11 and other natural and man-made events.

Mountains not only add an essential sense of dimension to exciting landscapes, but they're also critical to the well-being and survival of diverse species and the entire ecosystems that they support. Those who have reached the peak or pinnacle of Mount Everest understand that breathtaking view all too well!

Murder at My Door with Kym Marsh

It's no secret: we're obsessed with true crime. And Murder at My Door is the perfect way to satisfy that obsession. The series gives an insight into some of the most notorious cases of domestic violence ever seen with a focus on victims rather than perpetrators. Whether you watch it because working out how the police catch their suspect is a new twist on detective work, or if you're repelled but fascinated by watching the lives of abused victims unravel and end, it'll leave you glued to your screen.

Get the DStv app (Apple or Android) and download your favourite episodes to watch on your phone or tablet. Just remember to connect to Wi-Fi first to avoid surprise data costs.