The mother of all problems

So what happens when you find yourself in a love triangle with your boyfriend’s mother, cut the cord? 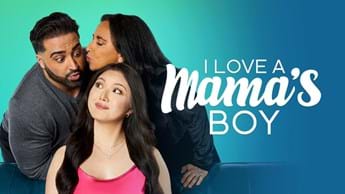 When a man is so close to his mother that he struggles to make decisions without her approval, or their bond threatens his romantic relationships you know there’s a problem…

That’s what the five women in TLC’s (DStv Channel 135) hit reality series I Love a Mama’s Boy encounter. Their boyfriends or fiancés are coddled and spoon-fed by their moms, causing a major rift in their love lives.

The mothers in Season 3 of I Love a Mama’s Boy don’t think that any woman is good enough for their “baby boys”. Consequently, each mother attempts to come between their son’s romance, which stirs up tension and lots of drama. There’s mother-son favourites Kelly and Matt, as well as Laila and Shekeb, who return with a range of smothering issues. Joining them, with their fair share of mom complications are three new couples: Kristy and Roberto; Abby and Tre; and Leyna and Ethan. As the season unfolds, the women will learn that it’s not easy trying to cut the cord between a mama’s boy and his mother.

Shekeb and Emily have recently rekindled their romance following her fiery fight with his mother Laila. Things are still awkward between the couple, especially because Shekeb moved in with Emily against his mother’s will. “Shekeb is my soul mate, and I knew that he would come back to me,” says Emily, adding “There’s no other woman who compares to me. I mean, who would put up with his nonsense and his mother.” Emily goes on a mission to mend her relationship with the reluctant Laila.

After calling off his engagement with Kim in Season 2, Matt is back in the dating scene. The couple was together for four years, but Kim realised that she could no longer compete for his attention with his mother Kelly – or live next door to her. Matt reveals that he is looking for a woman who is “a complete clone of his mother.” Will he find his mother’s qualities in Brittany, the woman he’s been seeing, or will his mother tear his budding relationship apart again?

It’s no secret that Roberto’s mother Nancy disapproves of his marriage with his wife Chrissy. Nancy reminds Roberto that he can do better at any chance she gets. “She made a big mistake by taking my son from me and she’s going to pay for it,” says Nancy, about Roberto and Chrissy’s marriage. As the season progresses, Nancy goes for the jugular when she questions Roberto and Chrissy’s son’s paternity, suggesting that Roberto isn’t the biological father and should conduct a DNA test.

Tre and his mother Lorenda are completely inseparable. They create dance videos together, and she still cooks his breakfast, cleans his home, and washes his clothes but where does that leave his girlfriend Abby? On the side-lines and worried about her future with Tre as she can’t stand to be in the throuple.

There’s plenty to unpack with Ethan and his mother Esther. He refers to her as hot and sexy, which makes his fiancée Lenya uncomfortable (and it’s understandable). Esther is helping Ethan plan the wedding and they raise eyebrows as they flirt and their mother-and-son dance for the wedding is on the sensual side.

TLC is available on DStv Premium, Compact Plus, Compact, Family and Access. To upgrade your existing package, click here. Or if you'd like to Get DStv, find a service that suits your needs here.