Why fight the law when you can buy it? The Undoing puts New York’s rich and revolting under the spotlight in a murder mystery 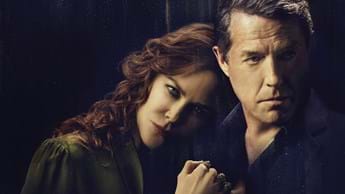 Secrets, lies and the power of money are at the heart of the new six-episode psychological thriller, The Undoing, starting on Monday, 30 November, on M-Net (DStv 101) at 21:30.

“The main theme is trust,” says Danish director Susanne Bier. “In the lives of the filthy-rich Fraser family, Grace (Nicole Kidman, who is also an executive producer of the series) and Jonathan Fraser (Hugh Grant), trust has always played an important part. But when that trust is broken, it shatters the family and turns their lives upside down and into a public spectacle that makes for great tabloid fodder.”

The series focuses on Grace, who is living the only life she ever wanted for herself. She is a successful therapist, has a devoted husband (or so she thinks), and a young son, Henry (Noah Jupe), who attends an elite private school in New York City.

Overnight though, heaven becomes a family nightmare: Elena Alves (Matilda De Angelis), the mother of one of Henry’s friends, is found bludgeoned to death. Damningly, the incident coincides with Jonathan’s disappearance. “In the place of a man Grace thought she knew, there is now only a chain of terrible revelations, one of which is that he is a suspect in the murder. Left behind in the wake of the spreading and very public disasters, and horrified by the ways in which she has failed to heed her own advice, Grace must dismantle one life and create another for her child and herself,” says Susanne.

It didn’t take much to convince Nicole to jump on board for The Undoing. She would be working with The Undoing’s series creator and writer, David E. Kelley – returning to their successful partnership on the drama series, Big Little Lies (2017-2019). “When I was asked to read his script, it hooked me,” confesses the Australian actress. “I was working with a great director and a fantastic writer, David E. Kelley, who had worked out this intricate psychological map for this woman. And to have the opportunity to put that on screen for six hours was really exciting to me.”

Nicole reveals that she’s drawn to complex characters who are often their worst enemy, like Grace. “I’m really interested in human nature and the way in which we kind of can force ourselves to believe things that are actually not there. That’s fascinating to me, the desire to see somebody a particular way and therefore not see the things that are right there in front of you. All of these things, I think, are really wonderful kernels of emotions to sort of explore and ripen on screen.”

For Hugh Grant, the attraction was playing opposite Nicole and that the series was directed by Susanne. “I couldn’t say no. I mean, I’m always looking for a reason to say no to jobs, if I can possibly find one. For this one, the pedigree was too classy with Susanne, Nicole and David, and it’s an HBO production.” The theme of the series also drew his attention. “It’s a classic tale of whodunnit and one of the big appeals of the whole project is that you’re dealing with surfaces and what they don’t show about what lurks beneath,” says Hugh.

Hugh was amazed by his chemistry with Nicole. “When we were in the room together, I just felt like, we could be married, that is convincing. It’s important in Episode 1 that you think this isn’t a dead marriage even though they’ve been married for something like 15 years. There’s still a bit of spark there, they quite like each other, they like each other’s jokes, and they still have sex. That’s all quite hard to do in one episode without getting nauseating. There was a lot of debate about that but I remember thinking, ‘This kind of works with Nicole’.”

Hugh adds that he is drawn to characters with multiple layers that you slowly peel back to reveal the true self. “I’ve always thought that was much truer than trying to find the one essence of this person because we change according to our circumstances and environment, who we’re talking to, mood. My wife, Anna Eberstein (who he married in 2018), has 20 personalities and they’re quite extremely different and I think that’s very interesting. I think that’s the case with Jonathan.”

Privilege is a law for the rich

Susanne makes it clear that privilege plays a big role in The Undoing. “New York is such a cosmopolitan city with the rich, the working class and the less fortunate. I wanted to bring over that feeling of the privileged having their own set of rules. It was crucial to address the fact that the closed system works differently.

"Elena’s husband, Fernando Alves (Ismael Cruz Córdova), is one of the characters who represents that inequity,” says Susanne. “In the beginning, we see him as someone who’s not entirely sympathetic and we can’t understand why he’s kind of angry with Grace. But it’s because he’s so fed up with the world of privilege, which essentially protects you from being prosecuted when you’re supposed to be prosecuted. He feels, rightly, that the environment isn’t actually assisting because they don’t have to, and it’s deeply frustrating.”

The depth of the privilege is represented by Donald Sutherland who plays Grace’s dad, Franklin Reinhardt. He is a widowed financier who moves around slowly in his penthouse where he plays the grand piano. He’s not Jonathan’s Number One fan, but he is fiercely protective of his family. “He is one of those characters who gets what he wants,” explains Susanne. “You think he’s kind, but if you cross him, you’ll be in trouble. This story is about how families don’t always behave the way you want.”

Equally troubled is tougher-than-nails NYPD Detective Joe Mendoza (Édgar Ramírez) as the lead investigator in Elena’s murder. He isn’t a fan of the rich and feels uncomfortable working in their environment. His bluntness disarms, offends and angers Grace who wants to aid the investigation without being bullied.

Will Grace’s family be the ones undone or will the law manage to undo all the protections that the rich and powerful surround themselves with?

Stephen King’s The Stand couldn’t be timelier in 2021

The Stand’s series creators talk about how, even without the pandemic, Stephen King’s story feels fresh today. Watch it on M-Net (DStv 101).

DStv continues to roll out the game-changing products, services and channels announced at the 2020 DStv Showcase. The latest new product to go live is the highly anticipated DStv Streaming service.

Getting started with DStv streaming