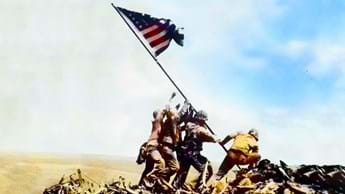 The world is full of unanswered questions – DStv is here to spotlight both the history and the mystery with out-of-this-world and entertaining documentaries and shows this week.

It’s all about the 80th anniversary of the attack on Pearl Harbor, with the special 2-episode doccie on National Geographic (DStv channel 181), Attack On Pearl Harbor: Minute By Minute.

You’ll also find true-crime chillers with the brand-new Cold Blooded Alaska and Murder In The Outback.

On the 80th anniversary of the attack on Pearl Harbor, this 3-part documentary uses underwater dive footage to take us inside the sunken wrecks, and inside the day of the attack. Survivors from both sides tell their stories, including a 103-year-old Japanese torpedo bomber, and a sailor from the USS Arizona.

Watch from Tuesday, 7 December on National Geographic (DStv channel 181) at 21:00

This true-crime series explores Alaska’s most brutal murders and the challenges facing thinly spread law enforcement officials in this frontier state. Find out how they caught up with Paul Stavenjord after he murdered Rick Beery and Deborah Rehor in remote Chulitna, and what happened to 11-year-old Mandy Lemaire in Tazlina, a settlement with fewer than 300 people.

Murder In The Outback: The Falconio and Lees Mystery S1

Ex-British soldier and adventurer Jason Fox takes American comedian Rob Delaney and TV presenter Maya Jama through a series of physical challenges while chatting about heartfelt topics in this doccie-reality series aimed at pushing limits and boundaries, and building up resilience.

Journalist Angela Saini and disability rights activist Adam Pearson explore how the Nazis used the idea of selective breeding (eugenics) to justify wiping out anyone who didn’t meet the Aryan ideal. They’ll also look at the English roots of Eugenics, and how it continues to impact modern society.

What happens when law enforcement and the military come face to face with dangerous UFOs? Through dramatic re-enactments of UFO classified files and expert interviews, this special explores the lengths that people on the front lines will go to keep information about extra-terrestrial encounters under wraps.

In the 70 years since the famed Roswell UFO crash, there has been a long history of allegations involving alien phenomena and their supposed government cover-ups. This special takes a hard look at the most famous, and lesser known, UFO reports that some believe have been purposely hidden from the public.