Catch up on what’s happened this season of Slank before the grand finale on Sunday, 26 September on DStv 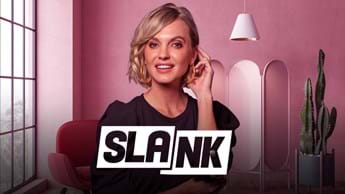 Three months, five determined contestants and three shared goals: To be slim, healthy and to live their best lives.

For more than 90 days, over the course of 12 episodes, we’ve seen the participants manage to shed those kilos and achieve their lifestyle goals on the Afrikaans reality show Slank on kykNET (DStv channel 144), under the watchful eye of presenter Leandie du Randt. Along the way, they’ve learned about holistic health and sustainability in their eating habits.

Now, before we see the final episode – in which the contestants will be spoiled rotten for sticking with their various programs – we look back at how far they’ve come. Be warned though, it may just inspire you to start on your path to a healthier you.

If you missed part of the journey or the finale inspires you to see it again, the good news is that the entire season is available to watch as a Box Set on Catch Up until Sunday, 24 October.

This season was a treat with delightful celebs. Afrikaans TV presenter and singer Pieter Koen embarked on the journey initially only to build some muscle, while his wife, Lotie, wanted to drop a size or three. Bianca La Grange – yes, from the first Idols SA 20 years ago – wanted to lose weight and be as healthy as possible, as she and hubby, David Johnson (Liam in the kykNET soap Getroud Met Rugby), are broody and can’t wait to start a family. Beloved Afrikaans singer Manuel Escorcio wanted to get his diabetes under control and lastly former sportsman-turned-photographer Johan, also known as Trompie van den Bergh, needed to regain control of his weight and eating habits. And none of them walked away disappointed!

A couple who trains together, clearly stay together. They have been married for 20 years and even renewed their vows after their transformation. When Pieter met his team of experts in the beginning of the series, he said confidently that he didn’t “really want to lose weight, only to build muscle”. But with the assistance from trainers and the team that worked out his meal plans, he dropped 10kg and sculpted his body.

He got up early most mornings with Lotie and they hit the gym together. Lotie managed to stick to her diet plan, too, and she lost just over 15kg in the three months – to her amazement. “The team made it so easy,” she said in her last weigh-in.

During the series, she and Pieter carved out time for themselves to float in a salt tub, and Pieter showed that it’s possible to stick to a training regime and diet while you’re on the go and not in a routine.

They want to set a healthy example for their three kids. “It’s a lifestyle now that we want to maintain,” Pieter said. Although he can’t wait for a lekker ribbetjie – but only once in a while, as he knows maintenance is key.

Bianca is a “saucy girl” as she says. She loves the creams, sauces and richness in food – and she’s had to give up that and more. After being tested by the medical team, it turns out that she is lactose intolerant. Her diet also needed to support her irritable bowel syndrome.

Through rebounding (a form of exercise), facial treatments, and even alternative medicine, Bianca is now in top health to fall pregnant before her 40th birthday. Her journey to shedding some kilos was genuine but also filled with her broad smile as she discovered a different type of milk she can use, as she loves her milk.

Manuel is in his 70s and battles with his sugar. He had a back operation years ago that also hampers his mobility and, being single, he doesn’t really prepare meals for himself. Various experts – from a dietitian to a neurosurgeon – took the singer under their wing.

It was hard for Manuel to learn that his diabetes needs long-term management and he can’t get it under control in just the three months of the show, but he is excited about the changes he made. He even started swimming again.

Manuel has a new device to test his sugar levels, he is ready to sell his home and move to something smaller, and overall, his health is improving. And he learnt to cook… although without his potatoes and carbs that he used to enjoy.

Trompie had the most to lose. He wants to be more active as a coach but needs the mobility. And at over 200kg, he needed to drop a lot of weight to make that happen.

And he did! At his last weigh in episode 12, he was wearing the shirt he had on in episode 1, and that made the team’s jaw drop.

But it wasn’t smooth sailing for him. He fell off the healthy eating wagon and someone from his diet-team had to drive to his house and get him on the straight and narrow eating again. He also had COVID-19 and couldn’t train. But in the end, he reached his goal through sheer perseverance – and his team is going to keep working with him to help him drop some more.

It’s all about the balance

Slank showed again that with the right support, solid nutritional information and guidance, and doing fun activities – from hip-hop to even advanced driving – you can reach your healthy lifestyle goals. Just get your head straight, do it, and then the golden word: Maintain! And these 5 people will inspire you to achieve that. We can’t wait to see less of them in the final episode.

Binge the season as a Box Set now on Catch Up.