Coming up on DiepCity this September 2021 | Watch it on DStv

Spring beginnings in DiepCity this September 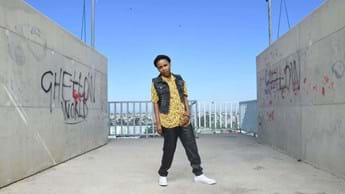 Spring signifies new beginnings. And like nature, the Diepsloot residents are wiping the slate clean, letting go of the past, and looking forward to mending their broken bonds this September in Mzansi Magic (DStv channel 161) telenovela DiepCity.

Shebeen queen Maureen (Vele Manenje) forgives her husband Mgedeza (Mduduzi Mabasa) for cheating on her with his evil business associate Zola (Sonia Mbele), the ex-convict-turned-mechanic Nox (Nozuko Ncayiyane) and her all-female gang The Wrong Turns move into their workshop, and single mom Sne (Nompumelelo Vilakazi) is returning to school to complete her studies.

However, the end of an affair will result in tragedy and a death – and tensions and temperatures will rise…

DiepCity recently celebrated its 100th episode and since it started airing in April this year, fans have been rooting for power couple Maureen and Mgedeza. They have undeniable chemistry, mutual respect, and they couldn’t stay away from each other. Well, that’s until Maureen discovers his affair with Zola.

To salvage his marriage, Mgedeza, the so-called “soulless” gangster, begs and pleads Maureen not to divorce him. He vows to sever ties with Zola and goes all out to prove his commitment to Maureen. She agrees to give him another chance, but Mgedeza will soon regret ending things with Zola on a sour note.

In case Mgedeza missed the memo: Zola isn’t the type of woman you lead on, then toss aside once you’re done with her. She’s a ruthless gang leader with a heart of stone in the boardroom, but she is really a softie inside. The combination is lethal – and you can be sure she takes losing in love the wrong way. So, when Mgedeza stops taking Zola’s calls and dumps her, she goes over the edge and completely loses her sanity.

Zola is really in love with Mgedeza, and she can’t stand to see him repair his marriage with Maureen while she suffers through heartbreak. She hires a hitman to deal with Mgedeza for stringing her along, but the assassin kills the wrong person. To complicate matters, the target is related to Mgedeza, resulting in grave consequences for Zola. The fuming Mgedeza declares war against Zola, who’s left with no other option than to skip town and go into hiding.

Viewers can look forward to Thandiwe’s return to Diepsloot after she’s spent the past two months recovering in KwaZulu-Natal following a mysterious illness. When she arrives, Thandiwe has a new perspective on life, which notably involves mending her stained relationship with her daughter, Nox.

Reconciliation has been a long time coming for Nox and Thandiwe. Determined to spend more time with Nox, Thandiwe visits Nox’s new mechanic workshop. Mom is beyond pleased to learn that Nox and her all-female gang Wrong Turns’ business is thriving. The workshop is so successful that Nox and friends get a visit from an official from the Young Business Awards.

Sne reveals her interest in returning to school to complete her studies this month. Of course it won’t be easy, and the first hurdle she faces comes from her own family: her brother Themba (Nkululeko Mashinini) mocks her, saying she’s too old to sit in a classroom. But the Wrong Turns motivate her to submit her application forms.

Sne has her plate full: she’s not only helping at the mechanic workshop, but also juggling her small shisanyama business, and her studies have now added onto the pressure. But the Wrong Turns promise to support her to reach her goal. Girl power!

Only in DiepCity where I have love for both the Heroes and Villains #DiepCityMzansi pic.twitter.com/fBsSLAr3yC

Get early access to brand new episodes of DiepCity when you watch Catch Up via the DStv App or your internet-connected DStv Explora.

Mzansi Magic (DStv channel 161) is available on DStv Premium, Compact Plus and Compact. To upgrade your existing package, click here. Or if you'd like to Get DStv, find a service that suits your needs here.