We Got Love Teyana & Iman, new Gordon Ramsay Uncharted, You, Me & My Ex and more crazy reality on DStv 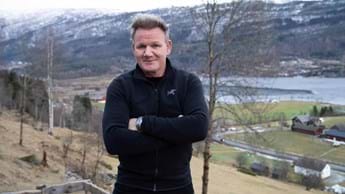 Missing the ultimate glam fam now that the Kardashians have quit? Sigh no more, superstar couple Teyana and Iman are opening up their doors to us in We Got Love Teyana & Iman, and you can see the first episode 1 week early thanks to DStv’s Catch Up Preview when you download the DStv App.

Other epic reality series include Gordon Ramsay Uncharted S3, Reality’s Ultimate Countdown: Botched with docs Nassif and Dubrow, and for true popcorn moments, give You, Me & My Ex a try on TLC (DStv channel 135) – it’s reality that’s so much stranger than fiction.

We Got Love Teyana & Iman S1

We Got Love Teyana & Iman S1

Superstar couple Teyana Taylor (London in the Hit The Floor series) and Iman Shumpert (Rob in The Chi) take us inside their daily lives to meet their tight-knit entourage of family and friends, as they work on exciting new projects for themselves and their little kids.

Adventure chef Gordon Ramsay forages his way across the world, catching rattlesnakes in Texas, rappelling for shrimp in Puerto Rico, wrestling with conger eels in Croatia, scaling cliffs for butter worms in Mexico, and even baking bread in Iceland’s volcanic sands.

Watch from Wednesday, 8 September on National Geographic (DStv channel 181) at 21:00

In this special episode of the plastic surgery hit series, the most memorable moments from past seasons arrive on the operating table as doctors Nassif and Dubrow highlight what went wrong and how they really solved the surgical disasters.

In new episodes, Luann hosts an eclectic lunch party for the ladies at her Sag Harbor home with a nude male model as the main event, and Leah’s frustrations with Ramona boil over.