DStv Compact lays down the law this August

From FBI to Very Scary People, DStv Compact is out for justice 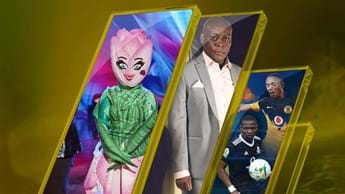 DStv Compact is all about the law this August, with eight drama series about cops, lawyers, judges and agents, from FBI and FBI: Most Wanted to The Equalizer and Your Honor. Even The Flash is here to fight for what’s right.

There are also three documentary shows about the search for real-life justice. Little Mix star Leigh-Anne Pinnock talks about her experiences with racism in the pop music world, we explore an international scandal surrounding sex trafficker Peter Nygård, and we meet some more Very Scary People.

The season is off to a topical start with the agents wearing masks, thanks to COVID-19, and investigating a mass shooting perpetrated by a white nationalist organisation. And Maggie’s back from undercover work with a new love.

In this reboot of the series of the same name from the mid-’80s, retired intelligence agent Robyn McCall (Queen Latifah) uses her special skills and underworld contacts to help ordinary people who have the odds stacked against them.

We find out more about the team’s personal lives, as some of them have to adjust to their children staying home during the pandemic. And we’ll meet Jess LaCroix’s dad, played by Lost’s Terry O’Quinn.

Agent Pride (Scott Bakula) and his team of Navy cops have their hands full in the final season as the COVID-19 pandemic spreads through New Orleans – and a Navy ship – just after Mardi Gras.

Wrongfully convicted prisoner-turned-lawyer Aaron Wallace adjusts to life outside as he reunites with his family, and he realises that one woman’s case could be the key to exposing far-reaching police corruption.

With courts on lockdown, thanks to the pandemic, Bull hallucinates a trial while battling a COVID-19 infection. Coming up this season, Benny gets an offer to become the DA, and Izzy and Bull have a proposal in their future.

Little Mix star Leigh-Anne Pinnock talks about her experiences of racism and colourism as a black woman in the UK, especially within the music industry, where she was flooded with outright abuse and constant microaggressions.

Unseamly: The Investigation of Peter Nygård

In 2020, fashion executive Peter Nygård was arrested on multiple charges of sex trafficking, child sex trafficking, rape, and conspiracy to murder. Now his alleged victims and former employees are speaking out.

Donnie Wahlberg hosts this look at the twisted lives of some of the most diabolical characters in recent history including Dr. Michael Swango, Robert Durst, Edmund Kemper, Richard Ramirez, Dennis Rader and others.