Compact Plus true stories this August on DStv 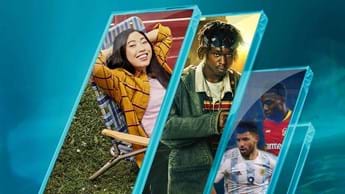 This August, DStv Compact Plus is your museum guide to a fascinating host of hidden histories.

From the true tales of why people kill in Killer Motive to tales of little-known modern conflicts in Secret Wars Uncovered, andthe real story of Tulsa Burning: The 1921 Race Massacre (the true story of the event that inspired scenes in the sci-fi series Watchmen on Showmax).

Documentary series about major covert battles fought around the world based on political corruption and corporate greed. From the Russian Federation's annexation of the Crimean Peninsula in 2014, to battles in Mali, Kashmir, Loas and more.

100 years ago, white attackers burned 12 city blocks of a prosperous African-American neighbourhood to the ground during 2 days of violent, racially motivated attacks in which buildings were even firebombed from the sky.

John Heinrich Rabe was a businessman and a committed Nazi Party leader, but during the Japanese siege of Nanking in 1937, his actions to protect around 200,000 Chinese people earned him the nickname the “Schindler of Nanking”.

Secrets of The Third Reich S2

In April 1945, 2 armoured trains allegedly left Berlin carrying billions in assets belonging to the Reichsbank, along with a convoy of armoured trucks carrying tons of gold – leading to a modern-day treasure hunt.

What Went Wrong: Countdown To Catastrophe

Small errors in the construction of buildings and vehicles can have tragic consequences. 4 1-hour documentaries will play back-to-back, covering cases like the Eschede Train and Challenger Shuttle Disasters and the collapse of the Morandi Bridge.

Journalist Stephanie Gosk and Troy Roberts visit crime scenes to meet with victims’ friends and family, law enforcement, lawyers, psychologists and even the killers themselves to uncover how investigators cracked each case, and what motivated the crimes.

The Curse of Skinwalker Ranch S2

Aerospace engineer Dr Travis Taylor and real estate tycoon Brandon Fugal’s search for signs of extra-terrestrial life continues underground at Skinwalker Ranch in Utah. This season, a rabbi is called in to perform an ancient ritual.

Love After Lockup’s craziest couples return in this spin-off. Andrea and Lamar are living in a dangerous part of LA, Brittany and Marcelino are expecting, and Tony comes crawling back after Angela throws her wedding ring in the toilet.