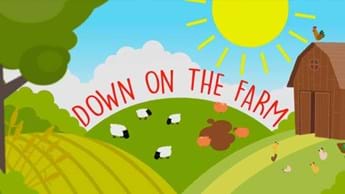 DStv’s School of Laughter has all your kids’ entertainment this week.

Tweens can enjoy the absurdity, humour and little bit of a brain teaser in Scooby Doo: Return To Zombie Island, and there’s family comedy fun in when the Bennett and Blatt families return in live-action comedy Just Roll With It, while fantasy-loving older kids will welcome back The Bureau of Magical Things for a brand-new season. There’s a little something for Power Ranger fans, too.

For the younger kids, there are awesome animal adventures in the live-action animation education series Down On The Farm, the long-awaited brand-new Paw Patrol season is here, and Dodo Heroes S1 will inspire the little ones to respect and love animals of all kinds

Animals in the spotlight

Down On The Farm S1

This kids’ series explores the outdoor world of farming and the countryside. From livestock to harvesting, presenters JB Gill and Storm Huntley will discover where food comes from and how it's grown.

6 brave puppies, led by a tech savvy 10-year-old boy Ryder, work together to accomplish high-stakes rescue missions. In the new season, mayor Humdinger creates fake emergencies for his kitties to save the day so they appear better than the Paw Patrol.

Animal Planet teams up with The Dodo, the top-ranked digital media brand for animal content, to spotlight unmistakable, moving bonds between animals and people. Each episode focuses on 1 inspiring story of people who will do anything to help animals in need.

Watch from Sunday, 1 August on Showmax

The Scooby Gang is at a loose end following their forced retirement, until Shaggy wins them a tropical island holiday. Was the competition rigged? The army of zombies that awaits them might say yes.

The Bureau Of Magical Things S2

Teenaged Kyra gains supernatural powers after she stumbles upon a world filled with magic. This season, Kyra and Darra’s search for a lost temple awakens a dangerous artefact that makes elf and fairy magic malfunction.

Just Roll With It S2B

4 actors let the show audience choose what happens in various scenes. In new episodes, Blair’s homework assignment is to write a story about the most interesting thing that has happened to her family.