Popular kykNET (DStv channel 144) romantic reality series Boer Soek ’n Vrou sees farmers get the opportunity to meet their potential soulmate. Every season has played matchmaker for multiple romances, and through the years beautiful relationships have blossomed – bringing us a rich crop of weddings and babies!

All the single ladies and gents can now enter for S14 (to air in 2022) by writing to one of the 10 farmers they fancy. If you missed the pilot episode of the new season in which the 10 were introduced, don’t fret, DStv has your back – you can see it on Catch Up, as well as on Showmax right now. And you can also get to know them in this article!

Read, pick your match and write in before midnight on Thursday, 29 July for your chance to become part of a uniquely South African love story.

Marciel Hopkins, who became host of Boer Soek ’n Vrou in S13, believes that so many people find love on the show because none of the potential partners are pre-selected. The Boere pick the people they want to know according to the entries they receive.

“And that makes a massive difference in the authenticity of the process,” says Marciel. “The format of the entry process gives every individual the opportunity to take ownership of the decisions they make. I also think Boer Soek ’n Vrou is a special and popular show because it’s so true to Afrikaans and farming culture,” Marciel adds.

Three couples who did it!

Karoo farmer Tickey and Selmé-Louise van Wyk found love on S1 of Boer Soek ’n Vrou and their romance has stood the test of time.

In the past 14 years they have been through a lot on the farm, with droughts and other troubles. But with two kids of their own, their love is stronger than ever. All thanks to a reality programme!

Selma said in an interview last year that everyone should take the risk of finding love, even on TV. “Yes, it can be risky, but what if it works out? We have no regrets.” 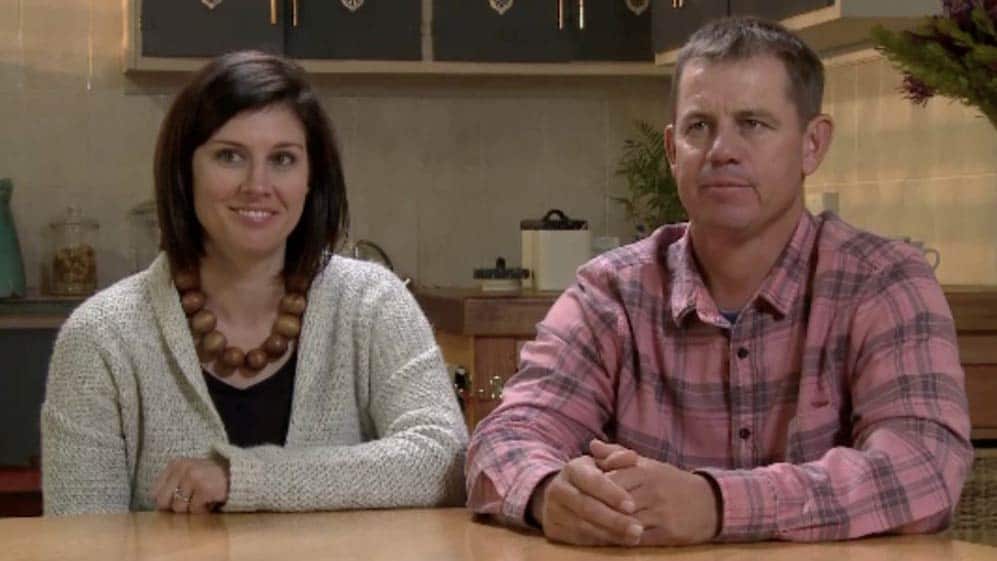 Selma-Louise and Tickey have been together for over 14 years since they met in S1 of Boer Soek ’n Vrou.

Another more recent couple who found love in front of the camera are Rooibos farmer Willem from Clanwilliam and Sanel, who met on S12 of Boer Soek ’n Vrou in 2019.

They got married in May this year with a beautiful wedding celebration in the Cederberg Mountains.

Farmer Niel from Grabouw and Chereze also decided to couple up in S13 in 2020 and they are still very much in love.

It’s worth setting aside your shyness to take a chance on the 10 new farmers participating this season. “We have a great variety of different personality types, so the potential partners writing letters are spoiled for choice. Lucky them,” says Marciel.

This year a female farmer joins the mix, and Marciel believes that she is going to become a quick favourite.

“I am so happy about the female representative as well, go Mary-Lou! It was wonderful to meet her in person. She has a bubbly personality and great sense of humour. She is from my hometown Paarl, so visiting her farm makes me feel nostalgic. My dad is also a winemaker, so I don't think we'll ever run out of wine stories,” says Marciel.

And who knows, maybe you’re just a guy, waiting to write to this girl, asking her to consider you…