It’s time for a little mid-winter magic and tales of adventure and daring told in the long nights.

This July, DStv has over 300 movies on offer including the latest big studio releases, and you could watch it all when you ADD Movies to your DStv Compact Plus, Compact, Family or Access subscription for just R99 per month.

Keep reading to have a look at what’s to come this month when you ADD Movies. Decide what you want to see live, and if you can’t be there, you can still set your recordings on your DStv Explora or DStv Explora Ultra. Simply view the TV Guide, select your favourites and press “record” on your remote. Some of the films will also be available to watch throughout the month on Catch Up.

Force of Nature is the perfect movie for a stormy night, while Let Him Go ramps up the family drama to get you sweating in a perfect at-home workout.

And when it comes to action comedy, even local girl Charlize Theron is getting in on the act, working behind and in front of the camera in the comedy Gringo.

Plus, there’s so much more to see. Flip through the movies below for some must-watch surprises.

As a hurricane approaches Puerto Rico, police officers Cardillo (Emile Hirsch) and Jess Peña (Stephanie Cayo) must weather the chaos of evacuating people and dealing with a last-minute panic buying stampede. But thieves are plotting to take advantage of the general confusion to rob a building in search of a valuable collection of paintings. 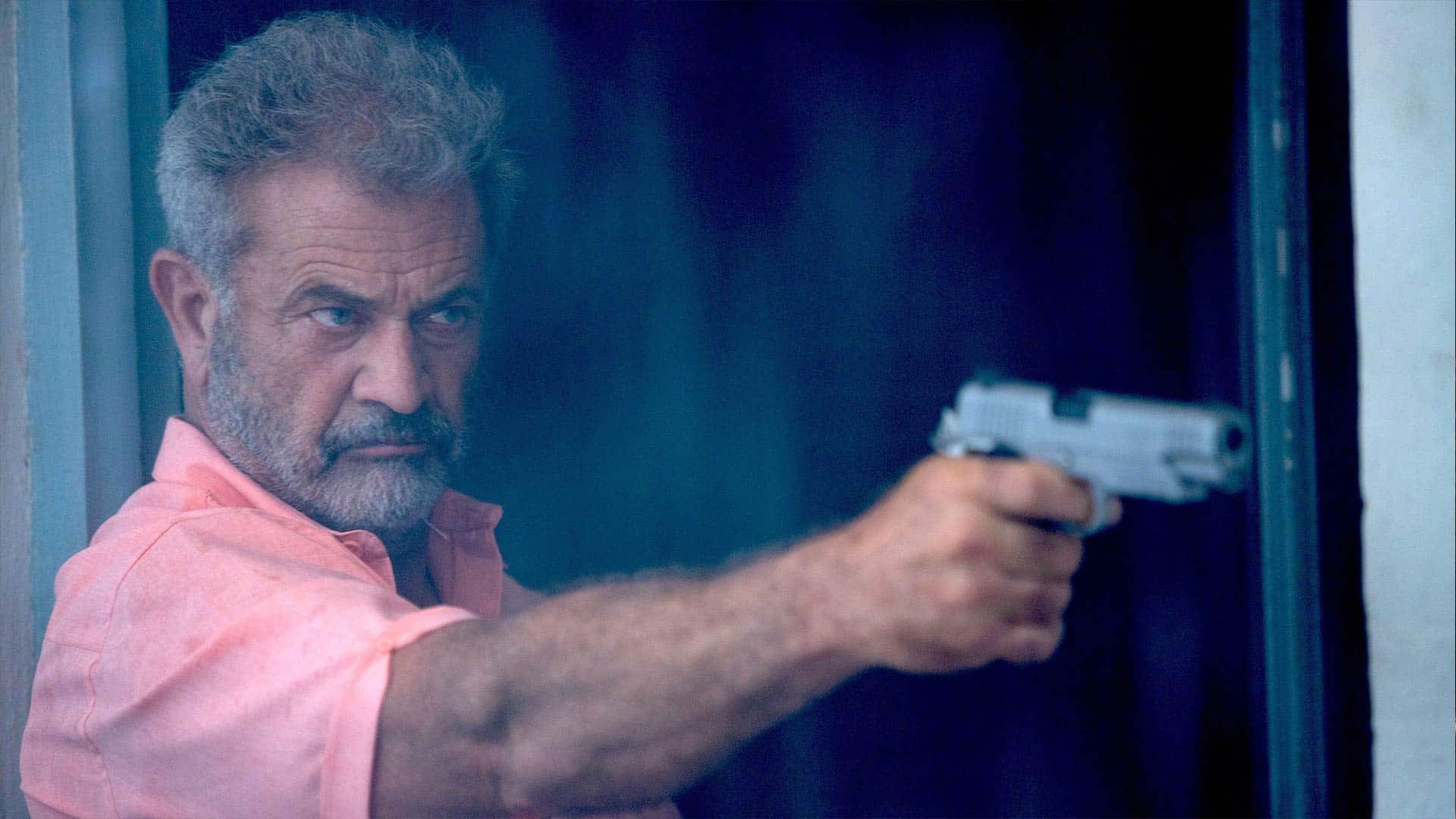 This Western drama is based on the 2013 novel of the same name by Larry Watson. Following the death of their son, retired sheriff George Blackledge (Kevin Costner) and his wife Margaret (Diane Lane) leave their Montana ranch to rescue their young grandson and his mom Lorna (Kayli Carter) from Lorna’s abusive new husband. 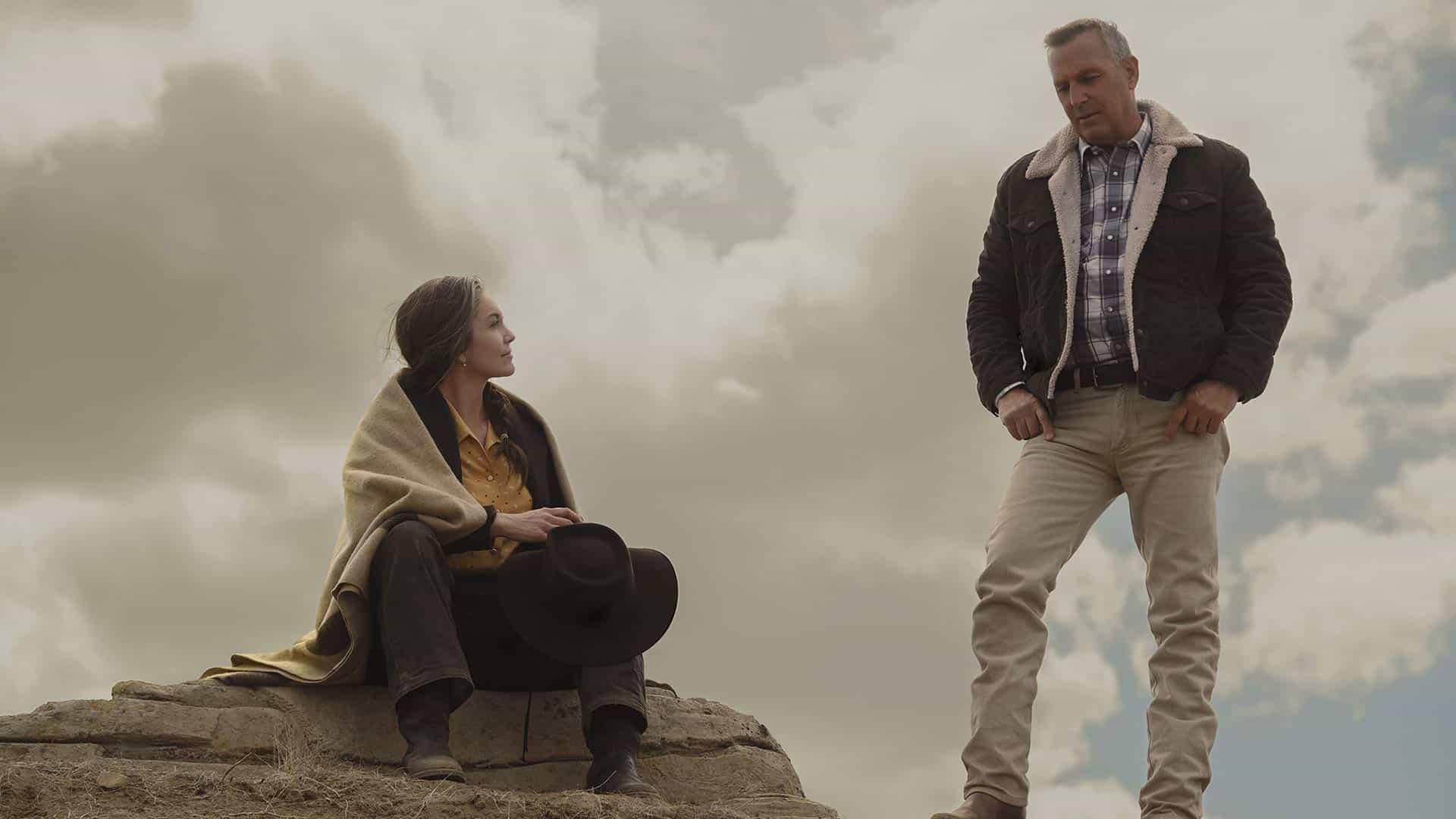 In this action comedy, a disgraced former top of the line bodyguard named Michael Bryce (Ryan Reynolds) is called on to protect his mortal enemy, notorious hitman Darius Kincaid (Samuel L Jackson), who’s being called to testify against Belarus dictator Vladislav Dukhovich (Gary Oldman) at the International Criminal Court in the Hague. 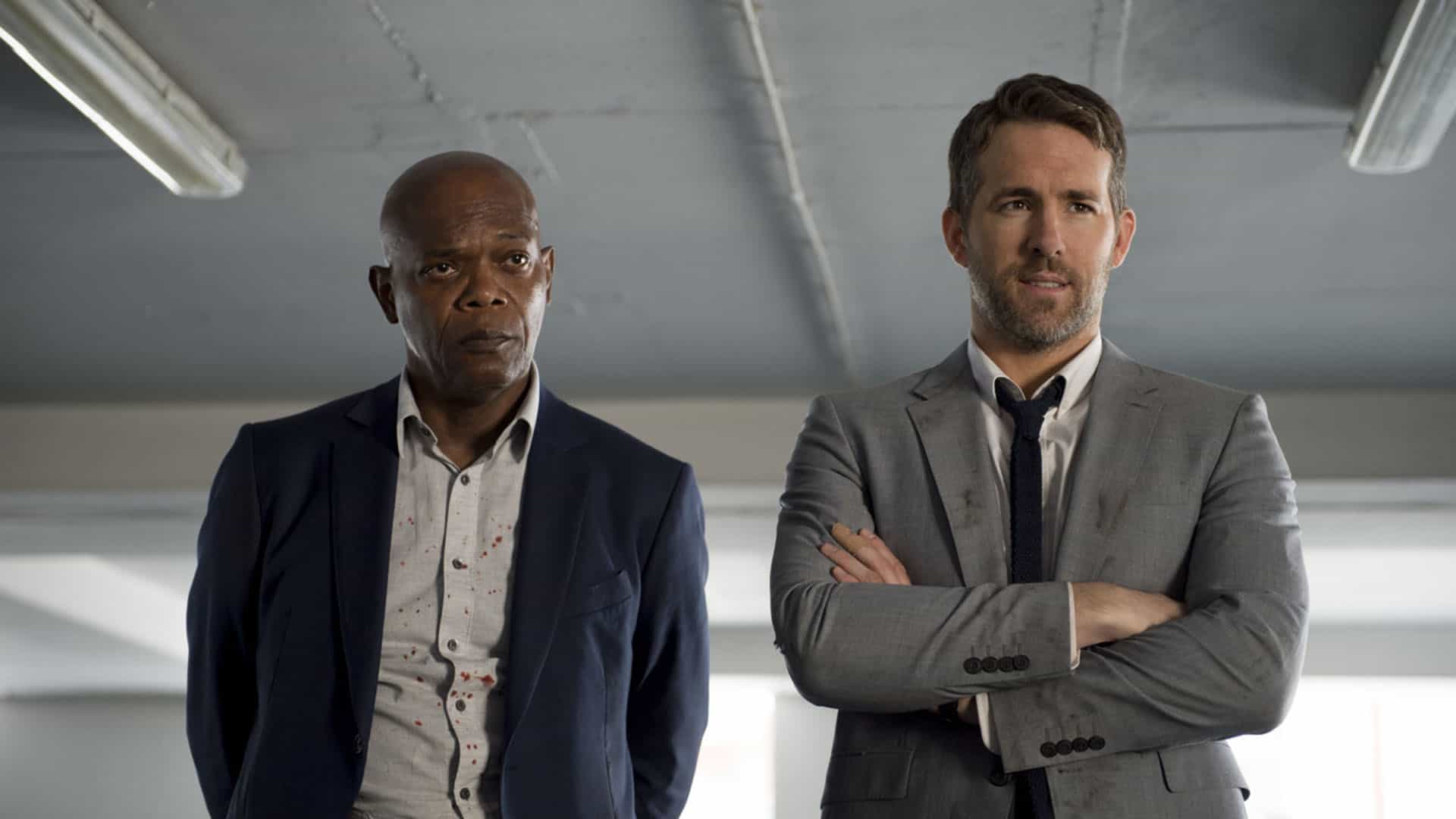 The Men In Black Agency now protects the whole of Earth from villains from across the galaxy in this science fiction comedy sequel (the 4th film in the franchise). Veteran Agent H (Chris Hemsworth) from the UK branch and rookie American Agent M (Tessa Thompson) become unlikely partners in tracking down a threat from the Hive, a parasitic race of aliens.

Black spy Undercover Brother (Michael Jai White) is tracking evil crime kingpin The Man (Barry Bostwick) to his villainous lair in Austria when he and his little brother Lionel (Vince Swann) are trapped in an avalanche for 16 years. Their new enemy is The Man’s son Manson (Steven Lee Johnson), who’s taking over the world using the drug WOKE, which makes people hyper argumentative. 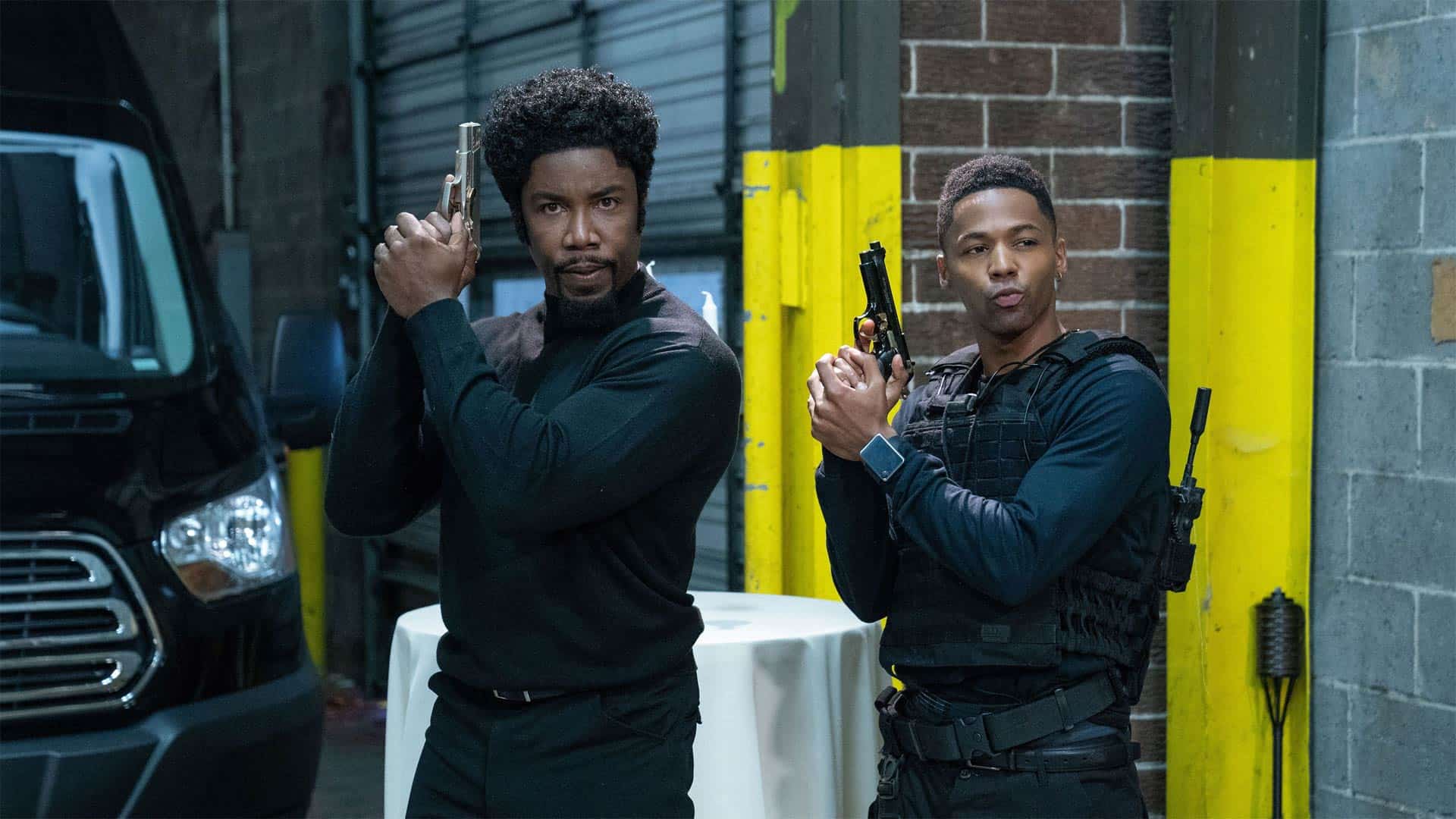 Charlize Theron is one of the producers behind this crime caper. Nerdy businessman Harold Soyinka (David Oyelowo) persuades 2 Mexican motel operators to fake his kidnapping so he can extort his company. But when a cartel mistakes him for a pharmaceutical company boss, they ask those same motel owners to kidnap him, and soon everyone is double crossing everyone else. 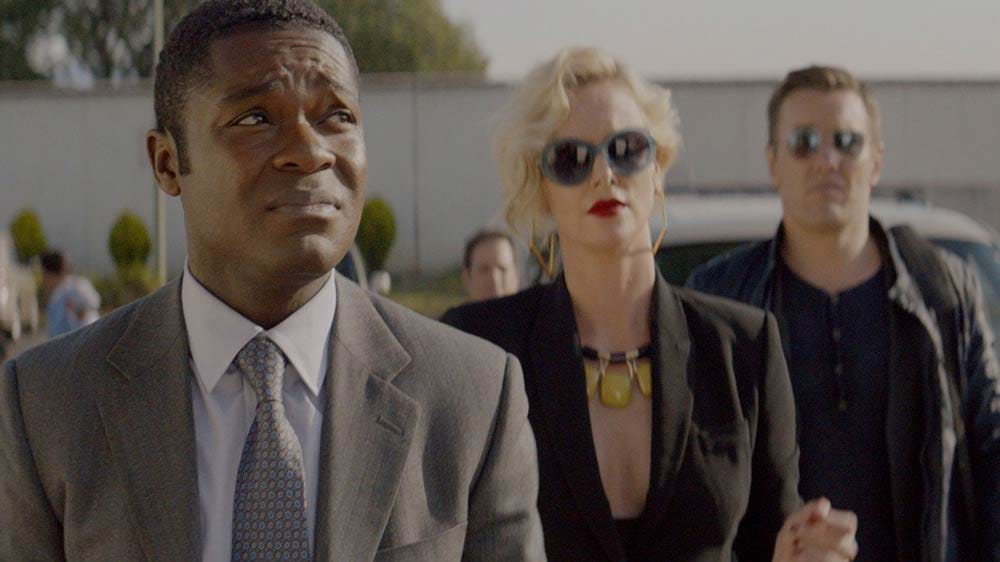 Festival of magic for tweens & up

Fantasy fans can snuggle down for some beautiful, epic tales with ADD Movies.

Maleficent pits 2 of cinema’s greatest on-screen fantasy queens, Angelina Jolie and Michelle Pfeiffer, against one another, with Michelle playing the kind of outspoken racist hatemonger who’s not afraid to ruin family get-togethers for all time.

Jack The Giant Slayer sends the Jack And The Beanstalk fairytale on a twisty journey that turns it into an epic adventure tale in which Jack must stop the utterly gross giants from treating humans like a tasty pick n mix.

And for 3 afternoons around 15:00, your own fellowship will be able to gather together to watch director Peter Jackson’s Lord of The Rings trilogy.

This sequel to Maleficent is set 5 years after the original film. Maleficent (Angelina Jolie) is acting as Princess Aurora’s (Elle Fanning) advisor, but power hungry, bigoted Queen Ingrith (Michelle Pfeiffer), mother of Prince Phillip (Harris Dickinson) is spreading rumours that Maleficent is evil, and preparing for war against Maleficent and all the fae. Forced to flee, Maleficent is rescued by Conall (Chiwetel Ejiofor), who tells her that she will be key to ending the fey’s conflict with the humans, whether she chooses peace or war. 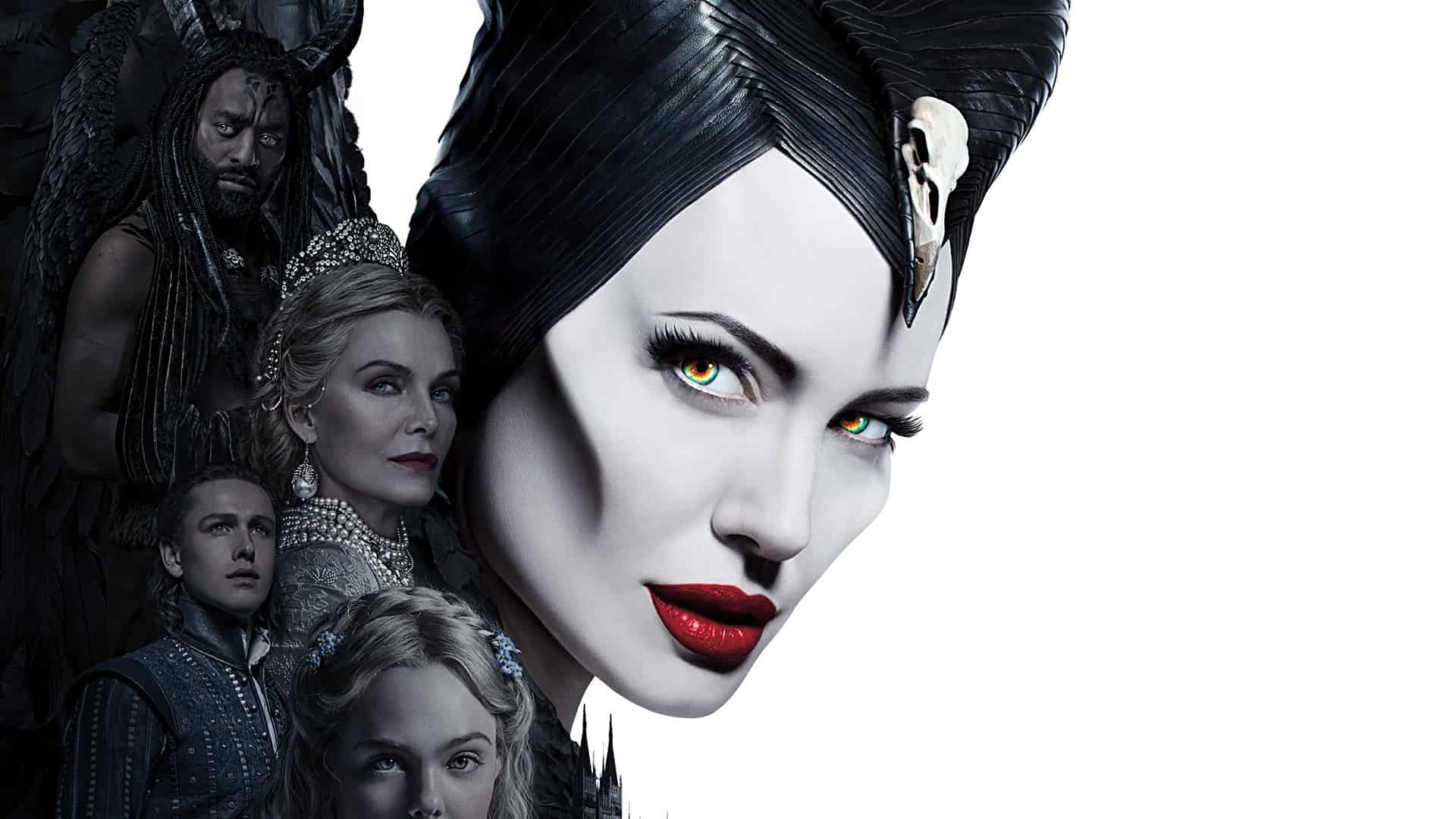 In this computer animated adventure from superhero director Bryan Singer, a farmboy named Jack (Nicholas Hoult) has no idea of what he’s unleashing when he accidentally opens up a portal between the human realm and the realm of giants. As the giants stomp about the Earth, they plot to reclaim the lands they once reigned over. But if Jack can somehow use his quick wits and courage to defeat the giants, he might win the day, and the heart of a princess. 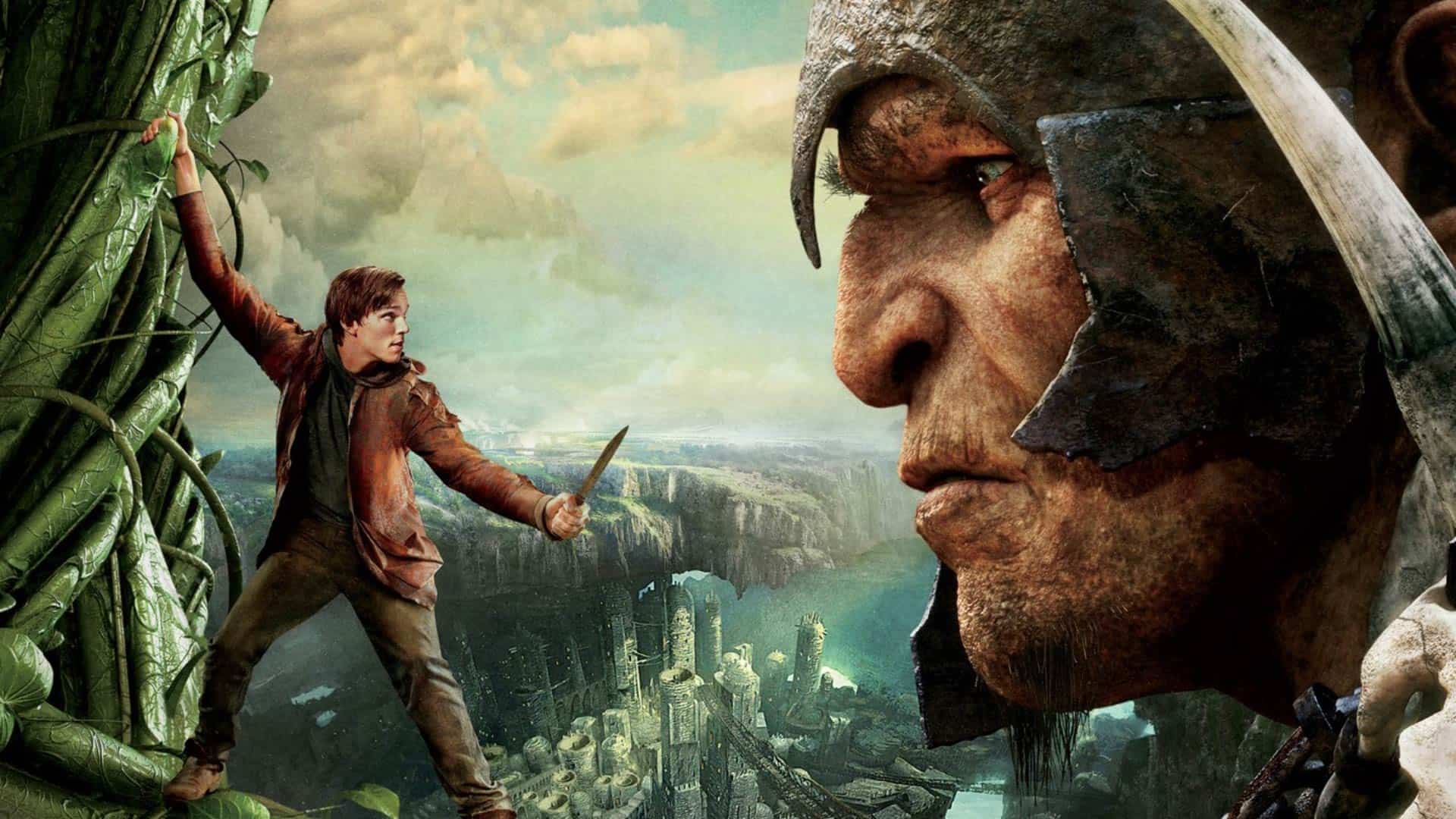 Humble young Frodo the Hobbit (Elijah Wood) becomes embroiled in a centuries-long battle between good and evil when he inherits one of the magical rings of power that can be used to reign over all the beings of Middle Earth. Under the guidance of Gandalf the wizard (Ian McKellen), Frodo and his best friend Sam (Sean Astin) – along with companions and guards made up of hobbits, elves, dwarves, and humans – must journey to Mount Doom, the volcano, to destroy the ring. 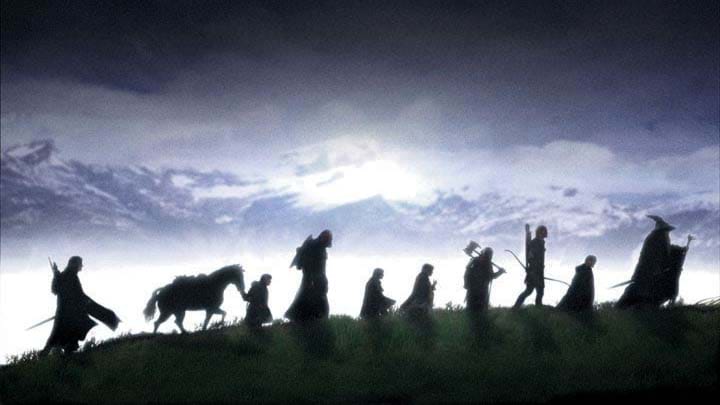 Lord of The Rings: The Two Towers

While Frodo and Sam continue their journey to Mount Doom, they realise that they are being followed by the mysterious Gollum (performed by Andy Serkis). Meanwhile Aragorn (Viggo Mortensen), the Elf archer Legolas (Orlando Bloom) and Gimli the Dwarf (John Rhys-Davies) are in the kingdom of Rohan, where King Theoden (Bernard Hill) has fallen under corrupt wizard Saruman's (Christopher Lee) deadly spell. And the Fellowship urges all surrounding free folk and species to unite to oppose Saruman’s armies at Helm’s Deep and his own tower at Isengard. 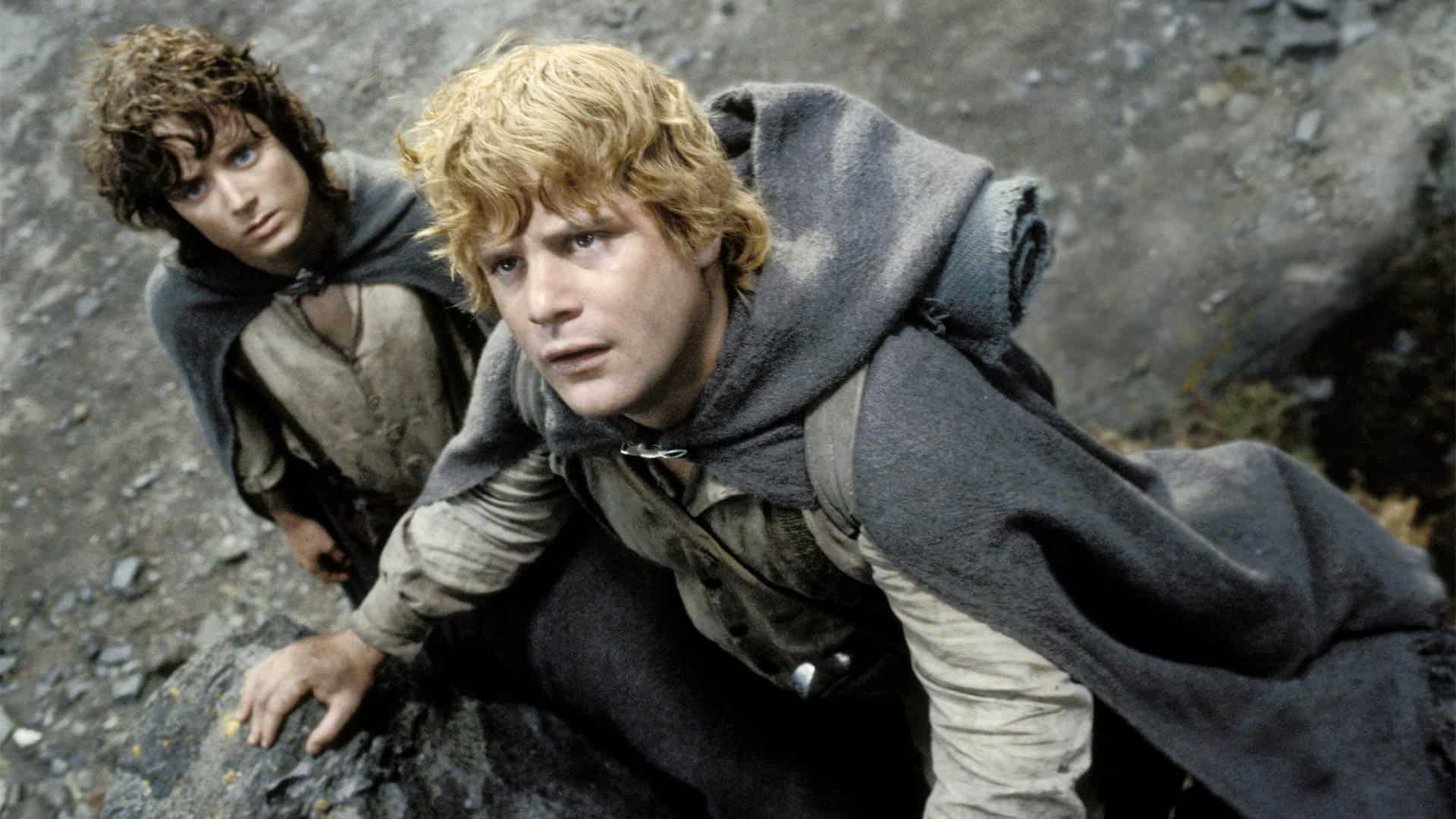 Lord of The Rings: The Return of The King

Hobbits Frodo and Sam reach Mordor at last, but the ring’s nature weighs heavily on Frodo in the last hopeless miles, and Gollum is leading him into a trap as he plots to steal back the ring. We also get Gollum’s backstory and see the true power of The One Ring. Meanwhile Aragorn must lead the forces of good – and an army of the dead – against the dark force of Sauron's evil army at Gondor’s capital, Minas Tirith, before turning his forces toward Mordor to aid Frodo’s final efforts to reach Mount Doom. 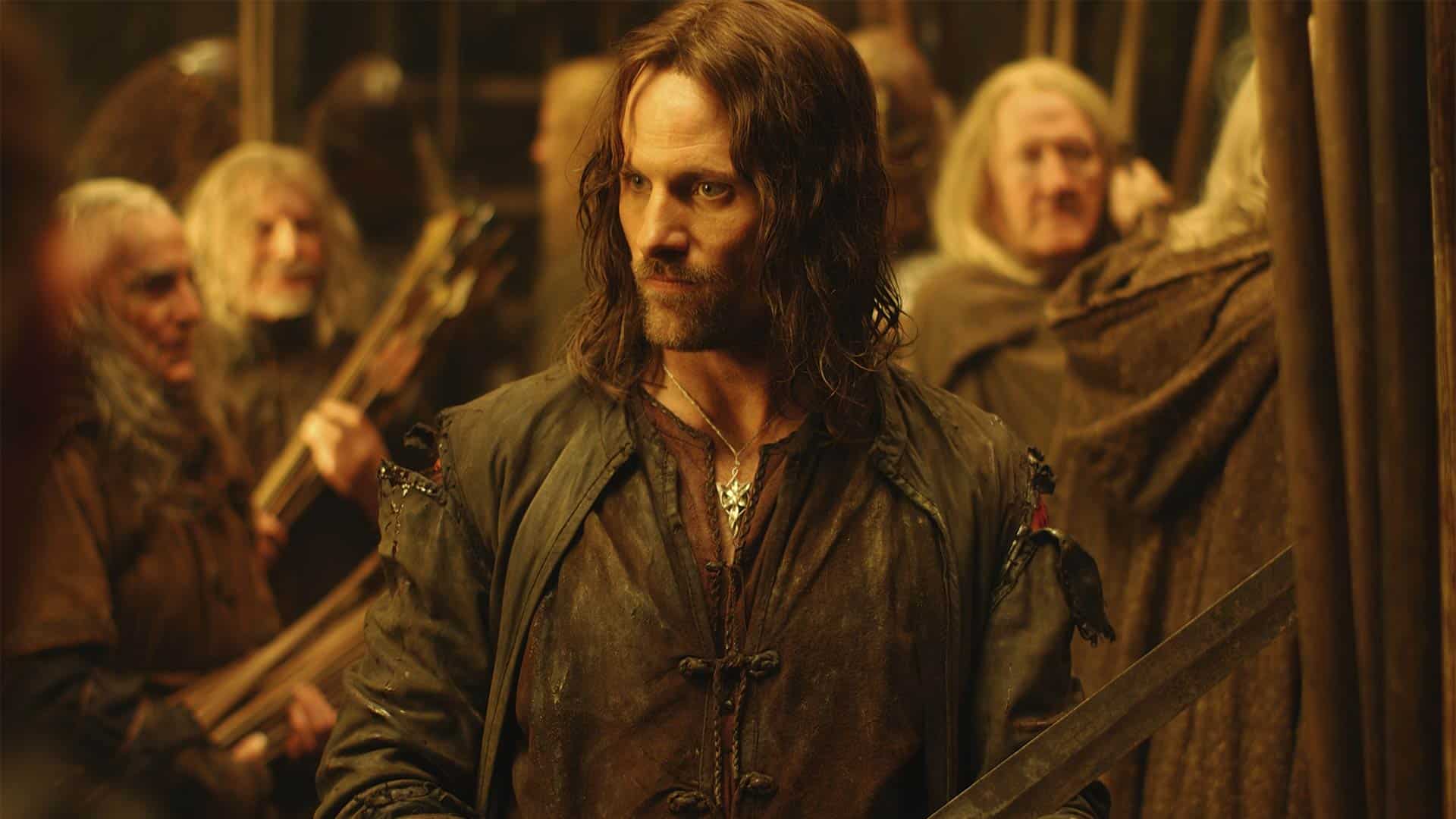 Festival of Magic for kids

July is school holiday time and the winter break is going to mean a lot of time spent indoors for the little ones.

With ADD Movies, you can wave your wand (that remote control in your hand) and feed their imaginations throughout the month.

Both Frozen movies are here to delight a whole new batch of toddlers and younger school kids with sing-along music and comedy. And the winter wonderland continues in 3 beautiful Snow Queen movies.

There are also 4 Tinker Bell fairy stories (including Secret of The Wings) to enchant with rand adventures and quest – along with love, luck and fairy dust. And if your kids love Tink, The Pirate Fairy movie offers a similar combination of magic and wild adventures.

Tinker Bell and The Lost Treasure

Disney Secret of The Wings

Thrillers, drama romance, a little noir action, some comedy...whatever you like, fliekNET (DStv channel 149) has something to show you.

And in July when you ADD Movies, you can also see the intense, heart-breaking rhino poaching documentary film Stroop, which has been shown to conservation groups, police and anti-poaching organisations around the world.

In this thriller based on Leon van Nierop’s 1982 novel, Sonja Daneel (Rolanda Marais) arrives at the luxurious yet eerie Hotel Njala in Hazyview with no memory of how she got there or why, following a car accident. While the Joubert family claim she's their new receptionist, they’re clearly not on the level, and charming tour guide Ryno Lategan (David Louw) vows to protect Sonja and to help her regain her memory. 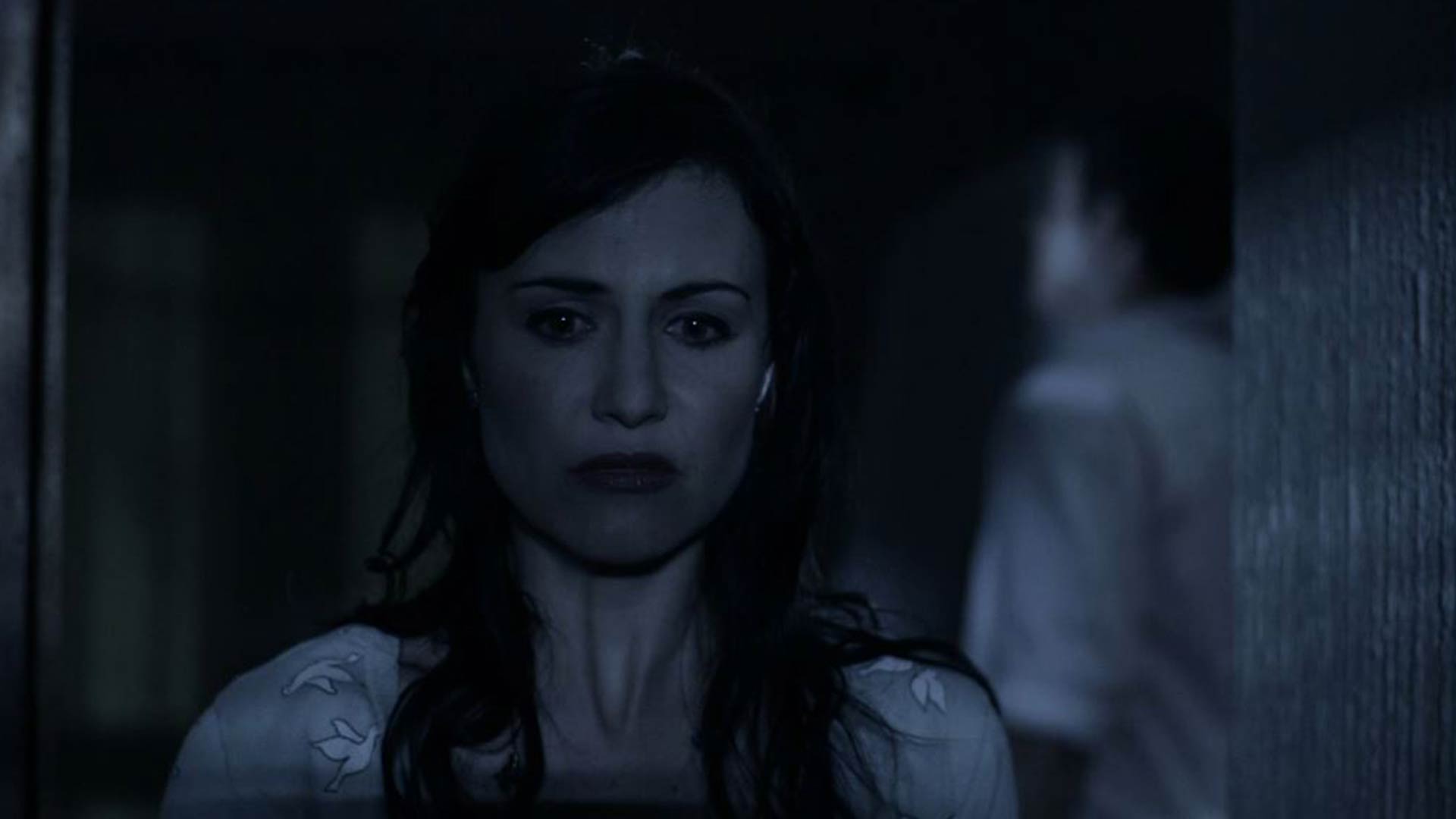 In this Cape Flats crime thriller, a man named Randall (Irshaad Ally) who’s still coming to terms with having to use a wheelchair, watches his neighbourhood through a pair of binoculars. But Randall creates a trap for himself when he tries to use what he sees as blackmail material in an effort to raise cash so that he can get Emmie (Danny Ross) the loan shark off his back. 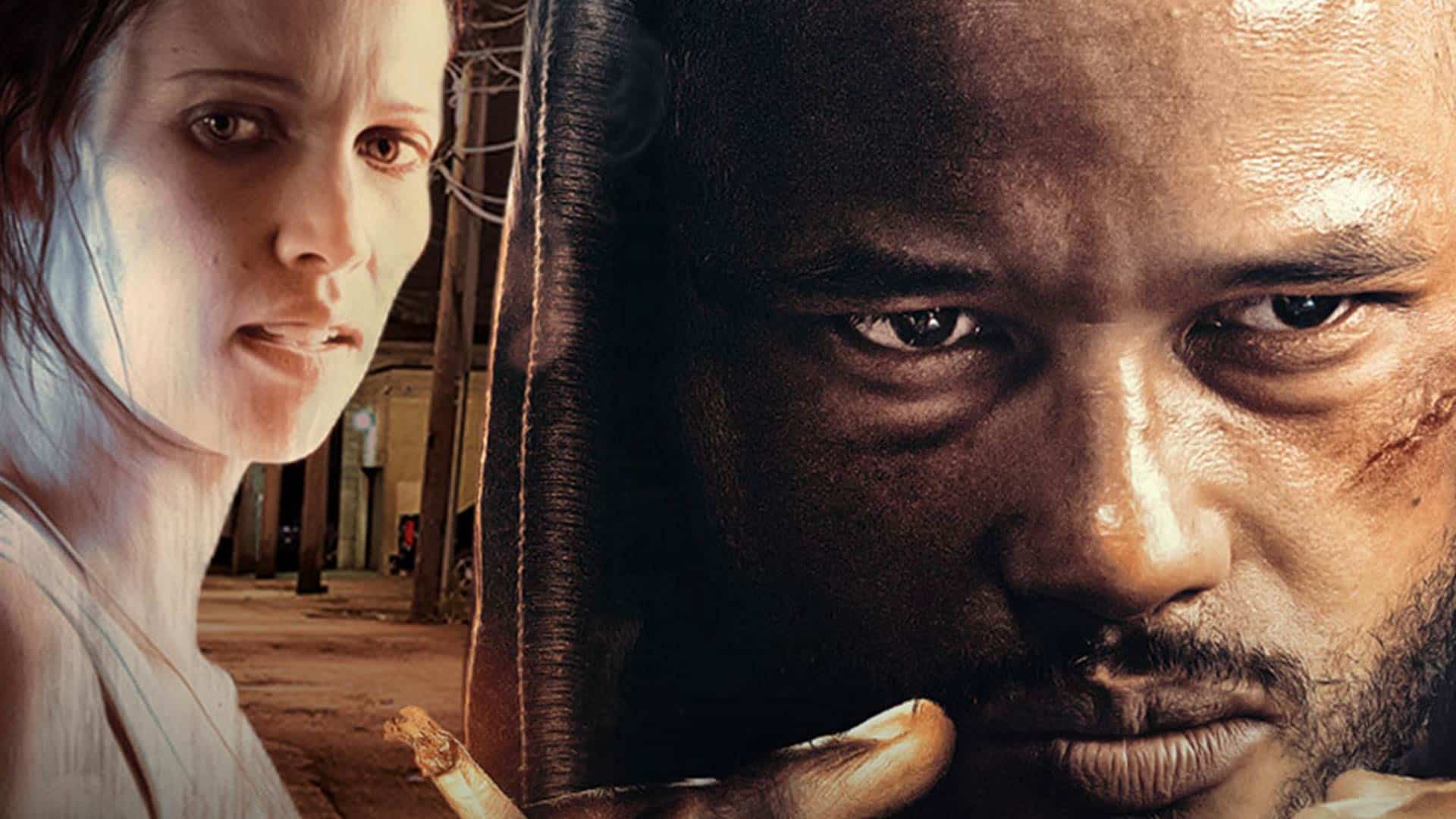 In this film written by Deon Meyer ,primary school teacher Emma (Leandie du Randt Bosch) is foot in the Great Karoo when she sees drug kingpin Bosman (Neels van Jaarsveld) and his henchmen murder a police officer. Realising that they’ve been spotted, the gang set out to kill Emma, unaware that she has a special set of skills thanks to her father, a Recce (a member of the SA military’s reconnaissance personnel). 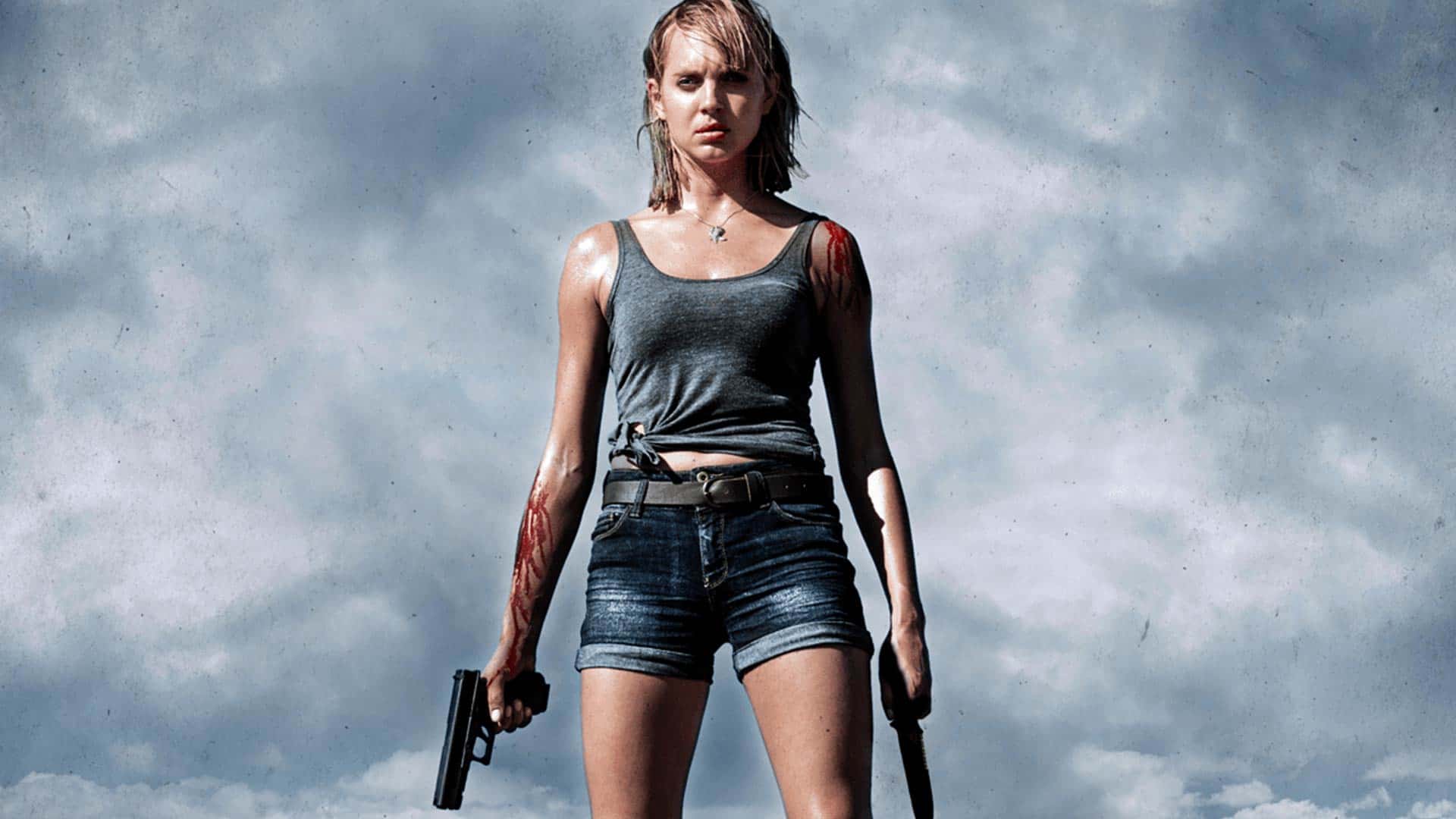 Written and directed by Deon Meyer, this romantic thriller centres on burnout detective De Wet (Louw Venter), who’s been sent to cool his heels in Loxton after he beats up a suspect, derailing an investigation into a child serial killer. De Wet agrees to learn the tango to give a dying woman named Ella (Antoinette Louw) her last wish. But as De Wet falls in love, the serial killer Basson (Stian Bam) wakes up in hospital and plots revenge. 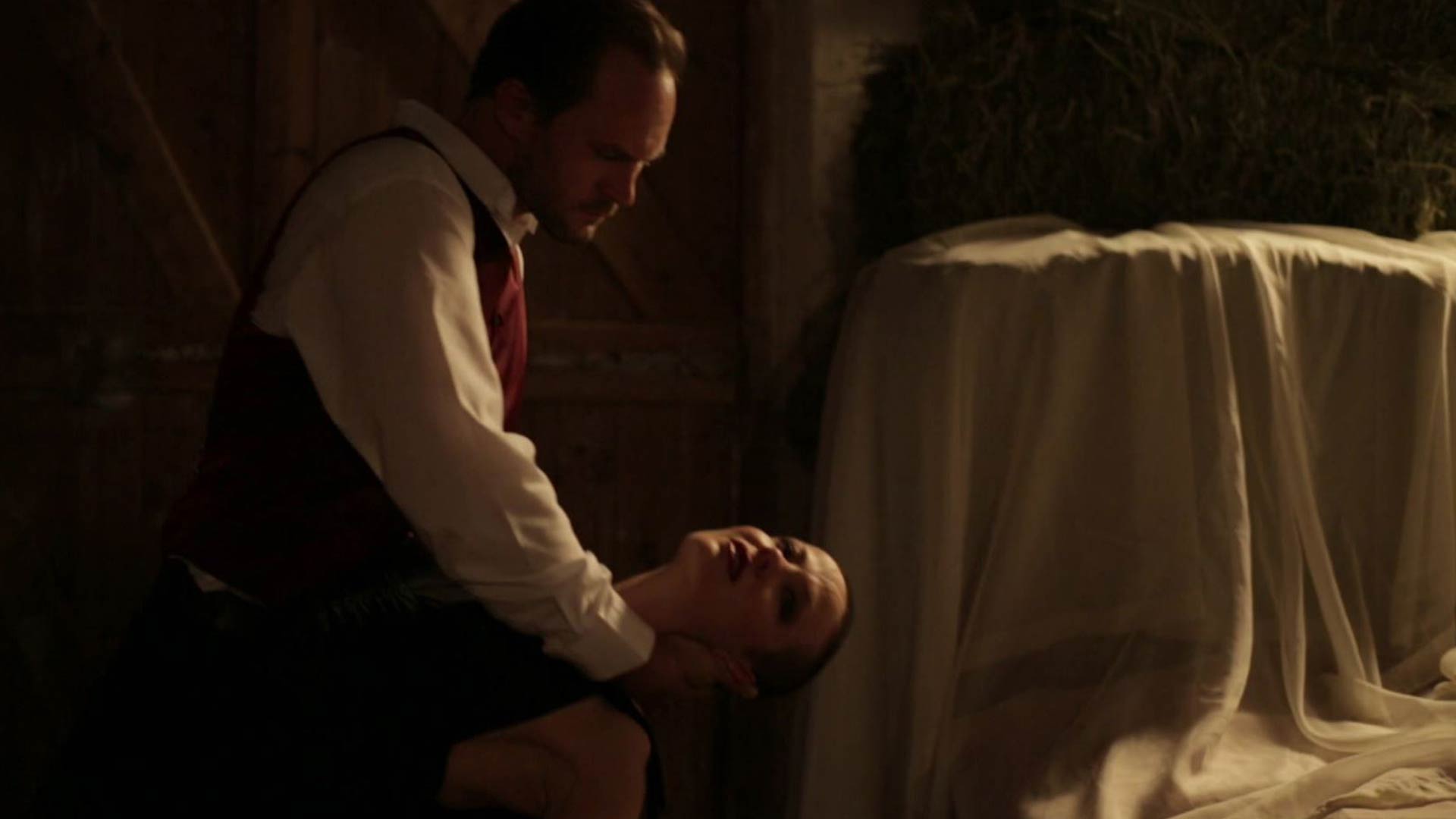 Bright, feisty 11-year-old Khoi girl Krotoa (Crystal-Donna Roberts) is taken from her close knit tribe and her home to work as a household servant for her uncle’s new trading partner, Jan van Riebeek (Arman Aucamp). She becomes a go-between for Jan and her people, but Krotoa is torn between 2 cultures as she adapts to her new home and circumstances – only to be ultimately rejected by both. 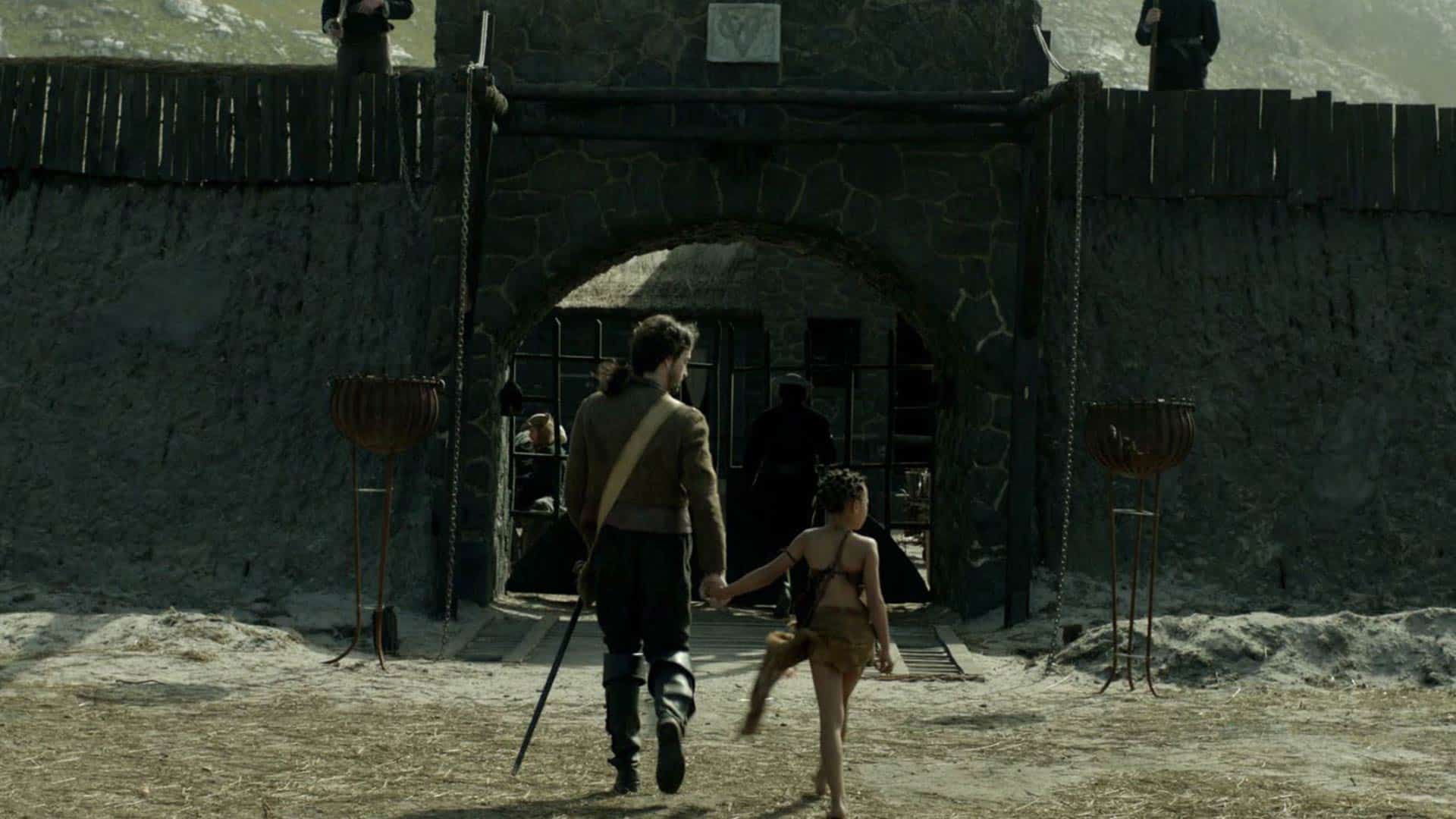 This special documentary follows wildlife presenter Bonné de Bod and cinematographer Susan Scott as they spend 5 years following the trail of rhino poachers in South Africa, to the businesspeople in China and Vietnam driving demand and profiting from the market for rhino horn. Stroop shows the incredible work that South African conservationists and trackers are doing to protect the rhino, and the overwhelming corruption and cruelty that they’re up against. 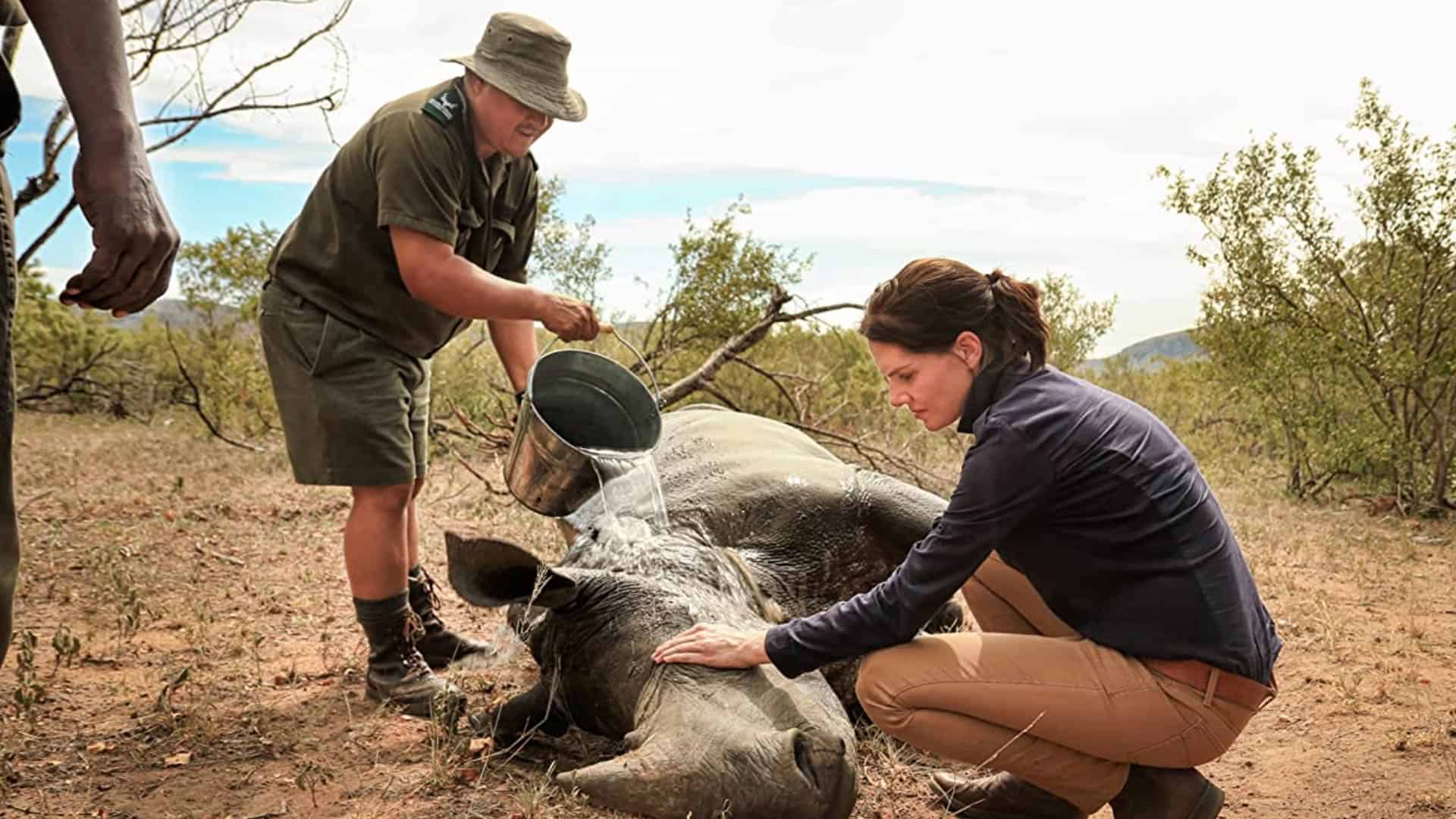 How to ADD movies

The ADD movies add-on package gives customers more choice and control to structure their entertainment needs, including the flexibility to add this service on a month-to-month basis. ADD movies today by saying “hi” to DStv on Whatsapp (060 060 3788), linking the add-on package in your MyDStv app, or by signing up via the DStv website.