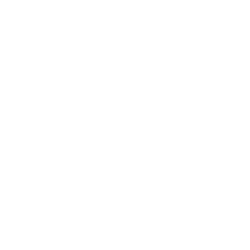 Projek Dina: a voice for victims

Missing persons, gender-based violence and human trafficking are under the spotlight Projek Dina Season 2 on DStv

Projek Dina is a rapid response team of officers at work on missing persons cases in the Western Cape. It’s a pressure cooker environment that puts considerable strain on the officers’ private lives. In Projek Dina Season 2, the Task Force stumble upon a case that brings Ronel (Chanelle de Jager) closer to finding her lost sister, Dina. Former Hawks investigator Marcell van der Watt acted as a consultant on the series, along with, Nicky Rheeder and Bianca van Aswegen from Missing Children SA. 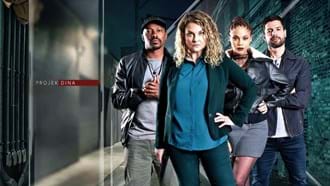 The team & their stories

Season 2 kicks off 2 years after the previous season, and Ronel is now a housewife. “Everything that happened in the last episode of Season 1 led to her having an emotional breakdown,” says Chanel. “She was so close to finding Dina, but then Dina slipped through her fingers again. Now she is a mom for her kids, a wife for her husband, and keeps herself busy by preparing lunch boxes and baking biscuits.” Ronel keeps up a brave front, but it frustrates her not to be in the field anymore.

When Sergeant Lux Dladla approaches Ronel to assist him with a missing persons case, Ronel’s passion for her work flares up again, as well as her drive to find her sister. And quickly she finds herself part of the Task Force again.

Charlene “Charlie” Botha the cyberhacker is also back, and this time she’s part of the team. She completed some police courses and brushed up her knowledge on field work. “Charlie is in a relationship with Rodriego (Ruben Engel, Karim in the series Die Spreeus), a man with a lot of money and a flashy lifestyle. Lux just can’t strike an accord with him, so Charlie’s relationship puts a lot of strain on her friendship with Lux,” says the series’ creative producer, Roberta Durrant

Captain Deon Visagie is also back. “Deon is relieved that the Task Team is back again, but he doesn’t want to say it out loud,” says Tim. “His big storyline has to do with him being torn in 2 about the feelings he has for Karen while his wife, Jana (Nicole Hanekom, Sanel in the drama series Sara Se Geheim), is in a psychiatric institution. He met Karen while helping her with a research piece.”

The Task Force is reunited to investigate a high-profile case, but Ronel is hesitant to give up her safe new lifestyle.

A teenage girl is reported missing, and the Task Force suspects her stepfather has something to do with her disappearance. Ronel experiences tension in her household.

The Task Force is looking for a missing young model, but a twist in the investigation reveals several obscure possibilities: Like that the syndicate that kidnapped Dina is active again…

3 men with similar features are reported missing, but the Task Force are anxious to investigate the syndicate’s operations.

The Lagoon syndicate case runs dead, but all is not as it seems. A teenage boy goes missing under mysterious circumstances and the case has the unit baffled.

A cryptic clue convinces Ronel that Dina wants to be rescued. While Charlie and Lux try to discover the members of the syndicate, Deon attempts to solve a 25-year-old cold case.

Lux and Charlie investigate Magdalena and start to wonder if she might be part of the syndicate. When a missing girl’s brother comes looking for her, the new life she created falls apart.

A missing teenager is seen where she is used as a sex worker, the Task Force get a tip about the syndicate, and Ronel is deeply torn when she realises who called in with the tip.

Ronel finally has evidence that Dina is sending her in a specific direction. Deon and Charlie must act fast and put their heads together to locate Karen, who has gone missing.

The Task Force strikes at the syndicate, Charlie is in danger, and Dlomo and Lux are on Niewoudt’s trail. Ronel goes after her sister, and Deon is confronted by a difficult decision.