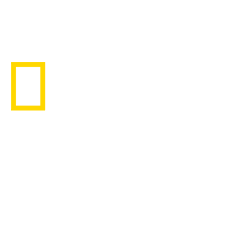 From romance scammers to meth rings to white supremacists preparing for war, Mariana Van Zeller follows the underground roads, from the sources to the clients and victims.

Journalist Mariana Van Zeller takes us to the heart of dark markets and underground organisations around the world. With the help of journalists, activists and contacts on the ground, she sets up meetings with key underworld figures, and takes us along as she speaks to them, face-to-face. You’ve seen TV shows about crime organisations, cocaine queens, outlaw biker gangs and meth makers and dealers. Now get the truth, and the human side of the story. 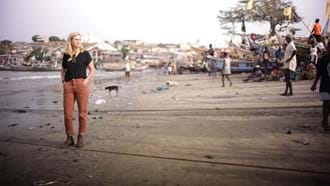 In 2020 alone, romance scammers exploited Americans out of more than $600 million (R9 billion). Mariana’s investigation takes her to Ghana, where she meets a gang of scammers who searching for high-income targets on dating apps and social media. The gang shows her their secrets to seduction (including the script they use), how much money they’re making, and the lifestyle that the scam’s growing popularity brings them.

In 2016, California began a massive social experiment: legalised marijuana. 4 years later, the black market is now 3 times larger than the legal market. Mariana Van Zeller sets off to find out what happened, who’s profiting, and which groups are racing to meet skyrocketing demands. Following an underground supply chain from growers to distributors, she journeys through the wild west of weed.

Mariana Van Zeller goes inside the secretive world of outlaw motorcycle gangs, also known as 1% clubs, when her interest is piqued by a string of biker-related violence. Undeterred by a strict code of silence, she interviews members of 3 major clubs, as well as ATF agents and cartel contacts, to learn about the bonds of blood and brotherhood that fuel these groups.

Mariana Van Zeller follows a meth superhighway from a massive cartel-run lab in Sinaloa across the border and into the lives of American users. Her guide is a meth-smoking dealer whose smuggling empire stretches from coast to coast. Some get rich, some get high, while others wind up dead. It’s a tour of an overlooked drug crisis.

As America struggles to get to grips with its white supremacist past, Mariana works to expose an underground movement bent on an even more violent white supremacist future. It’s a movement that trades in lethal ideologies, 1 responsible for mass killings around the globe. And now in the Ukraine, they’re training American bigots for war.

Over 750,000 cars are stolen each year in the United States – 1 every 42 seconds – with many of them headed overseas. Despite recent crackdowns, law enforcement agencies warn of an epidemic of stolen cars smuggled to West Africa. Mariana chases down the players profiting the most from this surprising transcontinental supply chain.

In the world of cocaine trafficking, the favelas of Rio and the mountains of Colombia are a battleground. But what appears as an investigation into smuggling networks is actually a journey with a more specific focus. It’s not only the drugs that have caught Mariana’s attention. It’s a new breed of narco that is starting to gain power in the shadows: las jefas – the lady bosses.

Mariana journeys into the heart of the Amazon rainforest to expose the networks responsible for a slew of recent killings and illegal destruction of the jungle. Along the way, Mariana will attempt to uncover an Amazon mafia profiting from “dirty gold” mining and clandestine logging operations.

Few Americans realise that as much as 30% of the seafood we eat has been caught illegally. Mariana goes inside the global hunt for these fish pirates, who make billions each year while destroying our oceans. Her journey will take her from the ports of Boston and Vigo, Spain, to the west coast of Africa, as she seeks to understand how these environmental criminals operate and why it’s so difficult to stop them.

National Geographic (DStv Channel 182) is available on DStv Premium, Compact Plus, Compact and Family. To upgrade your existing package, click here. Or if you'd like to Get DStv, find a service that suits your needs here.