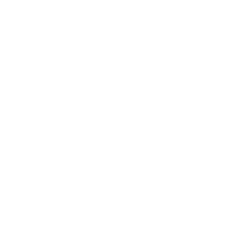 Today, 1 in 5 murders in the UK is committed by an ex-prisoner. In this chilling 10-part series, investigative journalist Donal MacIntyre digs into the truth about the decisions made to release these criminals and tries to puzzle out what led them to strike again. Each episode tells the story of 1 case, and Donal and a panel of experts, including a forensic psychiatrist, a former prison officer and a retired probation officer, talk about the possible warning signs that could have meant a life saved and the systemic failures that contributed to murder. 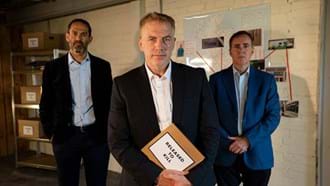 Donal MacIntyre asks why prisoners are being Released To Kill

Investigative journalist Donal MacIntyre talks to us about the making of his new true-crime series, Released To Kill

After killing his first 2 wives, Theodore Johnson managed to evade murder charges on both occasions, only to be set free to kill another partner, Angela Best.

Stephen Unwin and William McFall were convicted murderers out on parole who met as prison cellmates and formed a close friendship. Once released, they reunited and start working together as handymen. Together they also plotted the assault and murder of young mother Quyen Ngoc Nguyen.

Joanna Dennehy ran away from home at 16 and spent time in and out of prison for petty crimes. But at age 30, she killed 3 men, Lukasz Slaboszewski, Kevin Lee and John Chapman, and seriously injured 2 others, becoming Britain’s most notorious female serial killer.

Drug addict and convicted killer Ian Birley was out of prison on probation for just 18 months before he killed again after breaking the strict terms of his probation – which did not lead to his imprisonment. His second murder of John Gogarty had all the hallmarks of his original killing.

Peter Bryan, a paranoid schizophrenic who had killed before and spent 10 years in secure psychiatric unit, committed a second horrifying murder while still under observation by the health service. Sentenced to Broadmoor, 1 of the UKs highest security psychiatric hospitals, he then went on to kill a fellow inmate.

Just 14 days after he was released from prison following a long history of violence, drug abuse and mental health issues (and despite producing recent threats and violent drawings), Matthew Williams stabbed a young woman named Cerys Yemm to death with a screwdriver.

Marvyn Iheanacho was out of prison for domestic violence for just 6 months before he attacked and killed a 5-year-old child. The terms of his parole stipulated that he could not have unsupervised access to children and needed to notify probation of any new relationships with women.

After serial sex offender Leroy Campbell was released from jail, he warned his probation officer that he was having dark thoughts. 2 weeks later, he assaulted and murdered a young nurse, Lisa Skidmore, and violently attacked her 80-year-old mother.

Ian McLoughlin, a twice-convicted killer, was granted unsupervised day release. He used the opportunity to visit the home of an ex-offender he knew from prison, and attacked and robbed him, then stabbed the good Samaritan neighbour who’d raced to help, Graham Buck, and left him to bleed to death.

David Cook was released from prison after serving 21 years for the murder of a Sunday school teacher. Just 3 years later, he got into debt and strangled his neighbour, pensioner Leonard Hill, to death in order to rob him, before heading off to the pub for a pint.

CBS Justice (DStv Channel 170) is available on DStv Premium and Compact Plus. To upgrade your existing package, click here. Or if you'd like to Get DStv, find a service that suits your needs here.