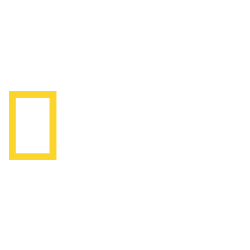 Egyptologist Dr. Colleen Darnell pieces chats about dressing in style for the Nile in the latest season of Lost Treasures of Egypt

Join top international archaeologists like Colleen Darnell, Dr. Kathleen Martinez, Dr. Mohamed Megahed and Dr. Maria Nilsson and John Ward, for a season in the sand as they explain how their latest finds flesh out the picture of daily life in ancient Egypt, how rulers kept power, and how Egyptians, from commoners and Pharaohs, worshipped their gods. 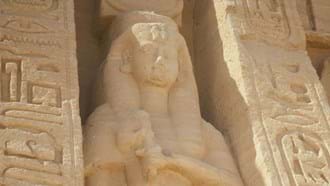 Archaeologists ask and answer questions about Tutankhamun’s small and poorly decorated tomb. Was the revolution led by Tutankhamun’s father, and the political intrigue that followed, the cause of Tutankhamun’s banishment to a tomb unfit for a Pharaoh?

Episode 2: Legend of The Pyramid Kings

Archaeologists search through the tunnels of the Great Pyramid, unearth a new tomb among the pyramids of 3 later kings, and find evidence of a Pharaoh’s temple that has been lost for more than 4,000 years.

Archaeologists investigate Egypt’s most powerful king, Ramses the Great. In front of the world’s oldest pyramid at Saqqara, they unearth a labyrinth of tombs and treasures belonging to one of Ramses’ military generals. And they investigate his most impressive temples.

Episode 4: Rise of The Mummies

Archaeologists hunt for clues to explain one of Ancient Egypt’s great mysteries – the rise of mummification. See 1 of the oldest mummies ever found, learn how mummification endured beyond the end of Egyptian civilisation, and how ordinary Egyptians tried to reach the afterlife.

Archaeologists enter an unexplored pyramid in search of the burial chamber of a queen who lived 4,500 years ago. They investigate how 1 of the few women to ever rule as a Pharaoh rose to power and uncover the role queen Nefatari played in the reign of Ramses The Great.

Archaeologists reveal how robbers looted the tombs of ancient Egypt. They investigate a sunken tomb that was raided and reused for centuries and explore a daring heist on a mastaba tomb. And at Egypt’s oldest pyramid, they reveal how builders tried to protect the dead.

Archaeologists search Tutankhamun’s tomb for secrets missed by the first explorers. Near the site of his quarry, they find evidence of a temple he restored to worship the crocodile god, Sobek. And they unearth clues to how he amassed enough gold to fill his tomb with treasures.

Archaeologists explore the downfall of Egypt’s enigmatic last pharaoh – Cleopatra. They unravel the true story behind Cleopatra’s famous relationships with Julius Caesar and Marc Anthony. And they discover a 2,000-year-old painting in the desert dating from her reign.

National Geographic (DStv Channel 181) is available exclusively on DStv Premium, Compact Plus, Compact and Family. To upgrade your existing package, click here. Or if you'd like to Get DStv, find a service that suits your needs here.