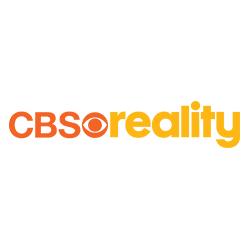 British dog trainer Graeme Hall has a motto: “Any Dog, Any Age, Any Problem.” He’s promising loving owners who’re at their wits end that he can help them to sort out dog behaviour that’s causing trouble. In each episode, he travels across the country to help 3 different families whose dogs have different behavioural issues, from pulling at the lead, to jumping up at people, to public aggression, to running for the hills the moment a door is opened, and not listening. And in each case, he’ll show the pet parents how changing their own behaviour can help the dog. 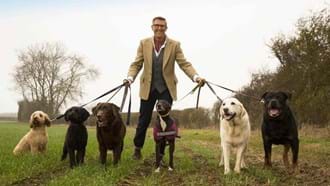 Dogs Behaving Very Badly? There is a reason for that and it might be you, says British dog trainer Graeme Hall

Teddy and Fudge are super-strength Labradors who are putting their owner at serious risk of injury. As they pull her along at neck-breaking speed, literally dragging her across the floor leaving her battered and bruised. Peggy the escape artist is constantly running away from home and causing chaos. And Stanley, a Terrier struggling after losing his best friend, Sweep. Stanley has been suffering panic attacks and is a nervous wreck, howling and shaking whenever anyone comes near.

Bella the aggressive Collie has become the neighbourhood nightmare. Friends can’t come around, and Bella can’t go out in public without Bella going on the attack. Toby the stroppy Basset hound rules the roost at home from his seat of power on the kitchen counter. And Dave, an affectionate French bulldog, has a dirty habit: he just loves to eat his own poop before giving you a friendly lick.

Rescued puppy Diego is a 5-month-old Rottweiler Rhodesian Ridgeback cross who’s quite literally biting the hand that feed him. Cocker Spaniel Doug is a relentless thief who pinches anything that isn’t bolted down. And 2 notorious mini Schnauzers, known locally as the “Krays” (after the 1960s London gangsters), hate other dogs so much that their owner has been forced to walk them at night or in the local graveyard.

Portuguese Water Dog Butty is bullying the female members of the household and is acting weird about their feet. French Bulldog Pixie Twinkles turns into a screaming she-devil as soon as she sees another dog, and her intense screams are annoying the neighbours. And Labrador Lucy is a greedy gobbler who snaffles anything in her path and drags her pensioner owner around on her picnic park raids.

Manchester Terrier Marney won’t let anyone new into her owner’s life. She can’t even go to the loo in peace. Irish Terrier Albert guards the front door like a bouncer, making taking deliveries almost impossible, as well as dictating what can come to the house he also decides who can leave. Jasper can’t even go to work without dodging Albert and distracting him with treats. Charlie the Chug (chihuahua-pug cross) chases anything that moves. He spins and lunges for his favourite toys, passing cars, lorries and motorbikes.

When Pug-cross Dolly is left home alone she goes on the rampage, destroying furniture, flooring and anything else in her path and it’s costing her owner thousands. And if she hasn’t made a mess, she’s plopped one on the floor. Teacup Yorkie Ernie’s relentless barking is driving his owners mad. And overprotective Shar Pei Toby physically attacks everyone who’s not 1 of his owners or their daughter.

Rome, an out of control 71kg Great Dane, intimidates everyone in his path. Addie, a jealous Poodle, hates his owner’s boyfriend and attacks him on sight. Gus, an escape artist Labrador can open any doors and steals food from the oven. Meanwhile Dexter, a raging Westie, and Winston, a battling Bulldog, are waging a war over territory.