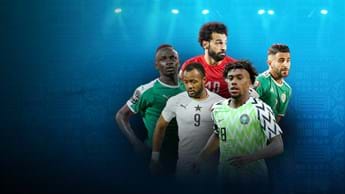 The Ghanaian is among a star cast of experts, among them Teko Modise, Jay Jay Okocha, James Chamanga and Rhulani Mokwena, who will be unpicking the form of top teams like Algeria, the defending champions, Nigeria, Egypt, Ghana and Tunisia.

To ensure the widest possible coverage of the 33rd edition of Africa’s showpiece event, SuperSport will host build-ups and post-match assessments, ensuring every angle is covered for a tournament that has been long awaited after being postponed from last July. Beyond this, there will be magazine programming and news updates from in-country broadcast teams.

All 52 matches (including 32 group stage fixtures) will be broadcast live on DStv with several dedicated channels to ensure the widest, most entertaining broadcast of the 33rd edition of the event.

Football Plus (down to Access) – 44 matches on channel renamed SS AFCON.

Additionally, all matches will be streamed live on Showmax Pro.

There will also be language options available across various regions on the continent.

SuperSport will also have a full digital offering that will take in various content pieces, including focus on the big stars, key clashes and statistical pieces that will set the scene.

There will be live coverage of all the big games on web, app and social.

The 2021 Africa Cup of Nations begins on Sunday 9 January and continues to Sunday 6 February.

Don’t miss the action on SuperSport.