News
30 May 2018
Someone please tell them to stop blue ticking Speedsta because wow.
Subscribe

They may have once assembled for the production of one of the biggest South African Hip Hop bangers in recent consciousness, the chart-topping bulletproof bop Mayo. But it DJ Speesta's claims are anything to go by, it appears Shane Eagle and Frank Casino may have ghosted him since then.

Speedsta on Wednesday revealed how the two rappers failed to show up to add verses on his upcoming album. In a series of livid tweets, the music producer slams his former collaborators for fleeing the scene after blowing up.

DJ Speedsta claims that while his impending album is finally complete, it took him two years thanks to his calls being ignored by Shane and Frank, the latter who "owes me a verse."

But after the commercial success of Shane's debut LP Yellow, securing a recording session with him apparently proved tricky.

Says Speedsta, "I called Shane late last year, finally got hold of him and he said he would hit me back which he never did", he tweeted. "I tried to reach out but he was living his successful debut album life and forgot about me."

"I’m hurt", he revealed. "The project is done. But Frank and Shane hurt me. They showed me flames!"

Neither Shane or Frank Casino have commented on the matter. The tweets have since been deleted, but... 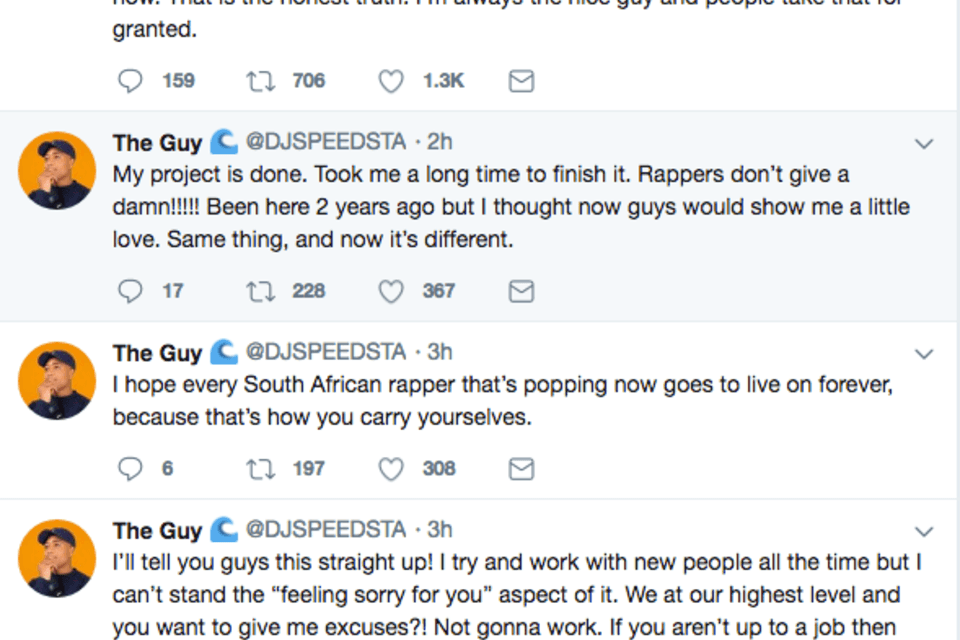 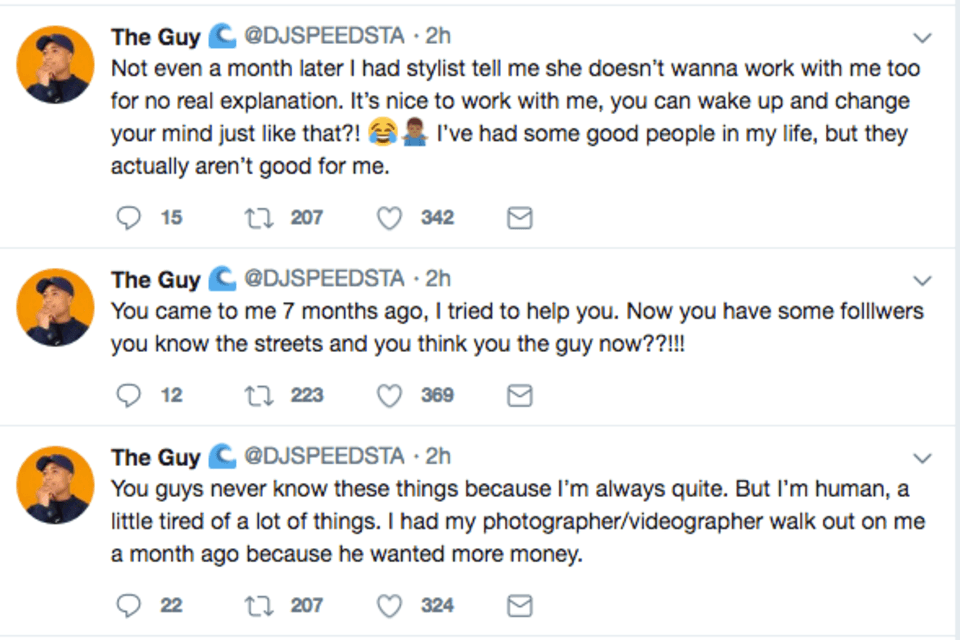 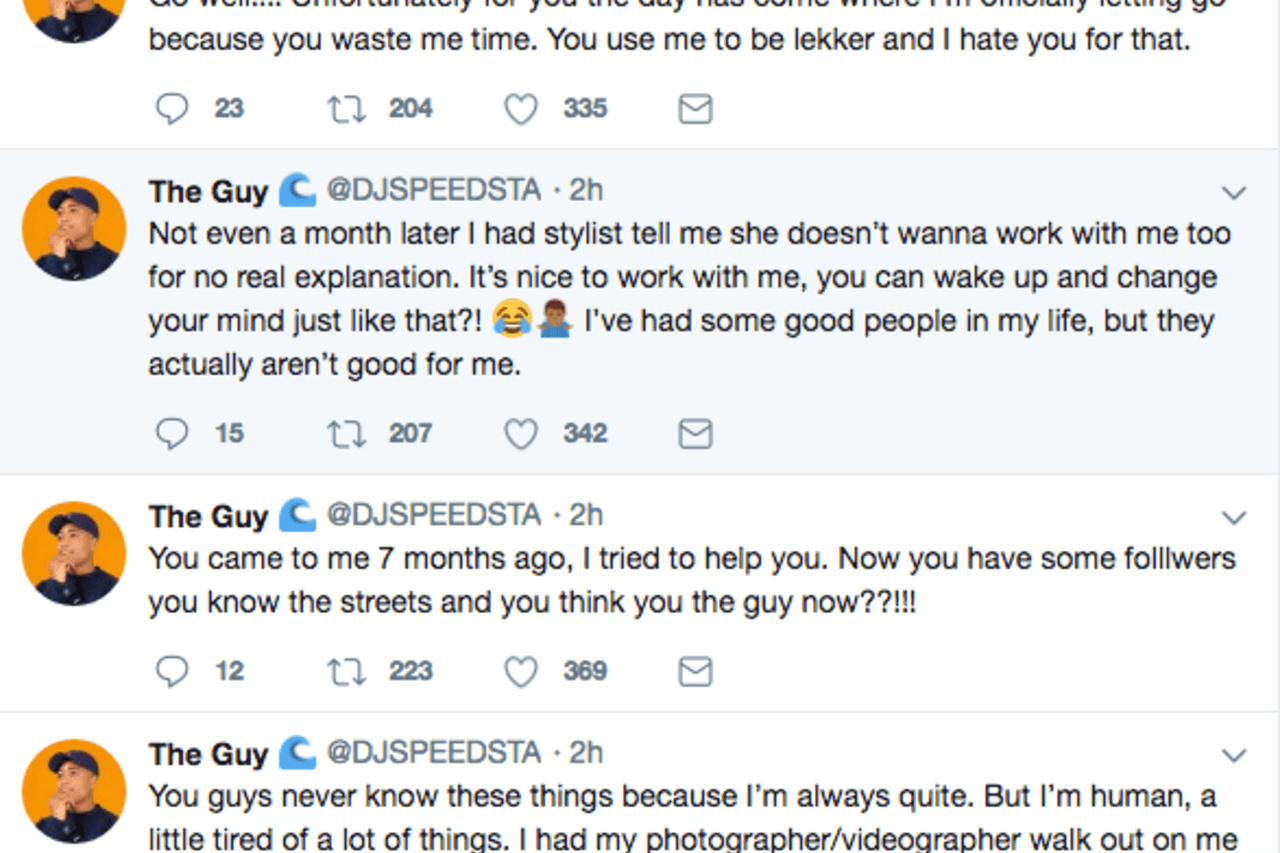 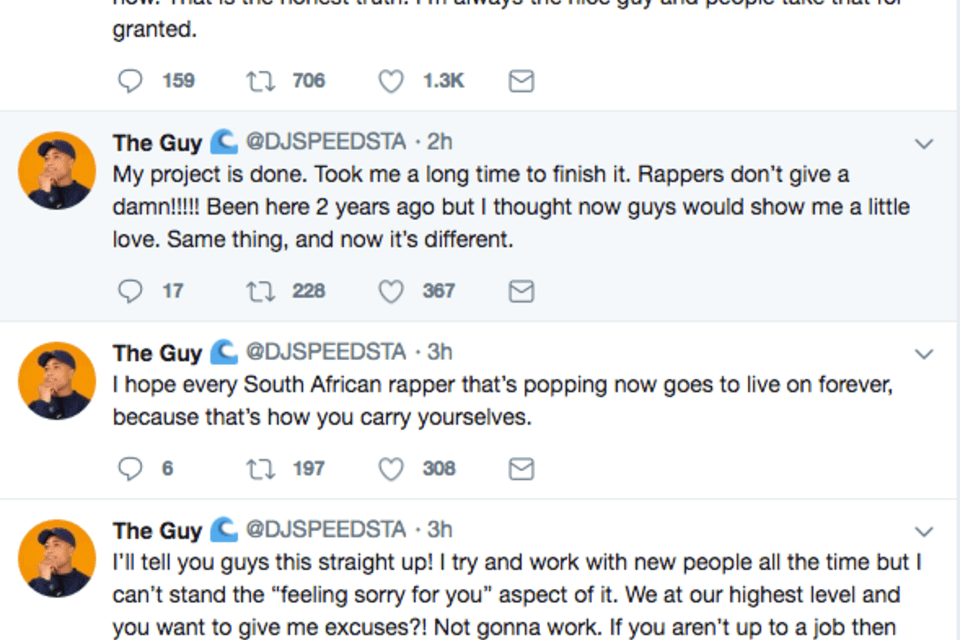 Your thoughts on this whole thing?