News
13 March 2017
"I am no longer a part of Mabala Noise" - Riky Rick
Subscribe
Another star artist has left their label.

2017 seems to be the year of big and bold moves. Just a few weeks after the year kicked off, Ambitious Entertainment was hit with a mass exodus of some of its key artists. Now it seems the next label to be affected is Mabala Noise.

On Monday morning Riky Rick took to his Twitter account to share a heartfelt message about the perils of the industry and the importance of not "selling your soul". The Boss Zonke rapper kept it real and shared how his recent speech at an award show where he called on young artists to disregard mainstream TV and radio had landed him in more trouble than he could have imagined and has since put his family at risk. 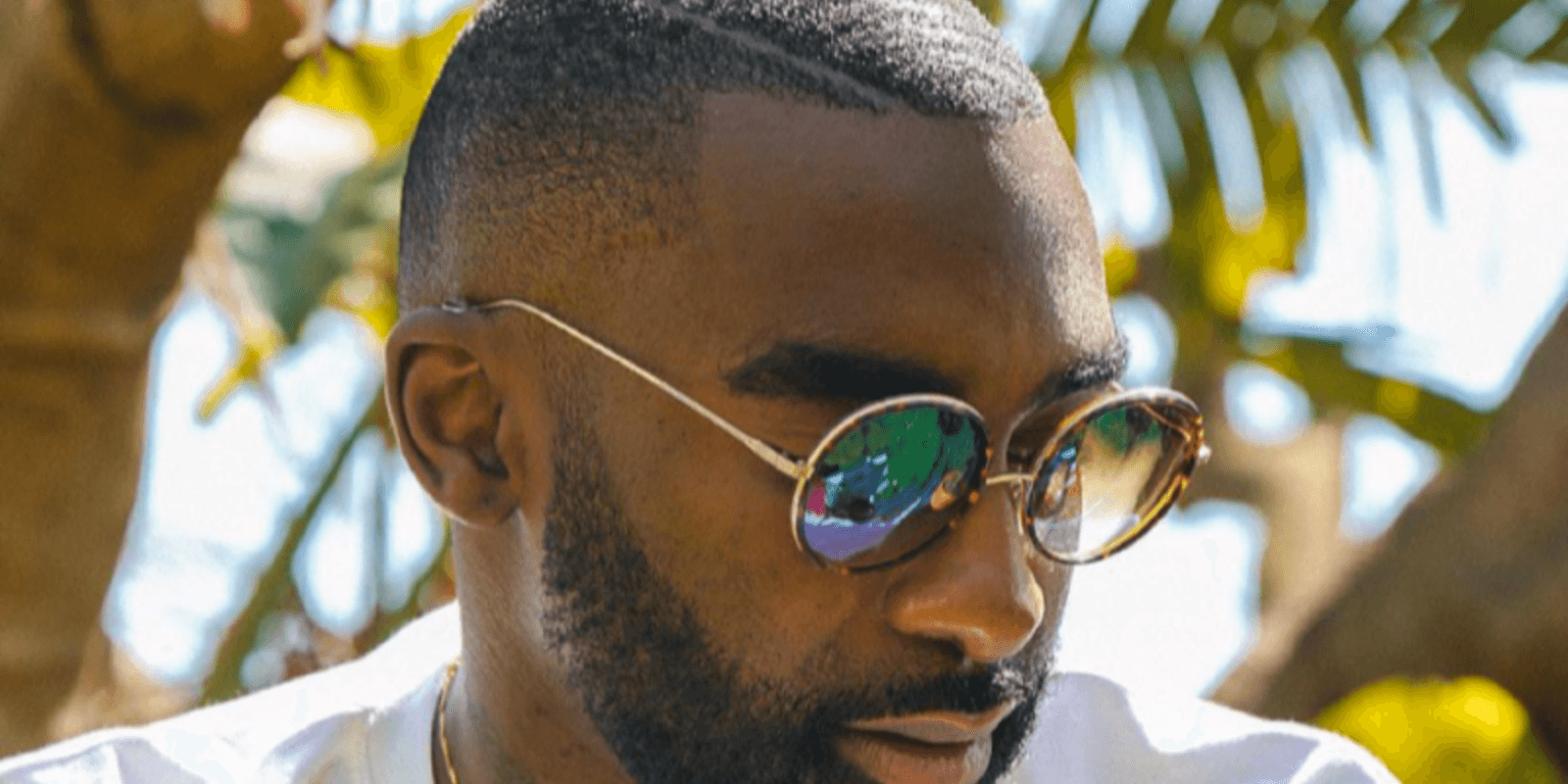 He closed off the lengthy messages by announcing his departure from Mabala Noise. The move comes as a shock to the industry as Riky hadn't even reach a year with the label after signing to them in an undisclosed but rumoured multi-million rand contract in July of 2016. The label themselves are yet to make an official statement but interestingly enough Riky Rick had already been left out of the line-up for the Mabala Noise Celebration that took place this past weekend. 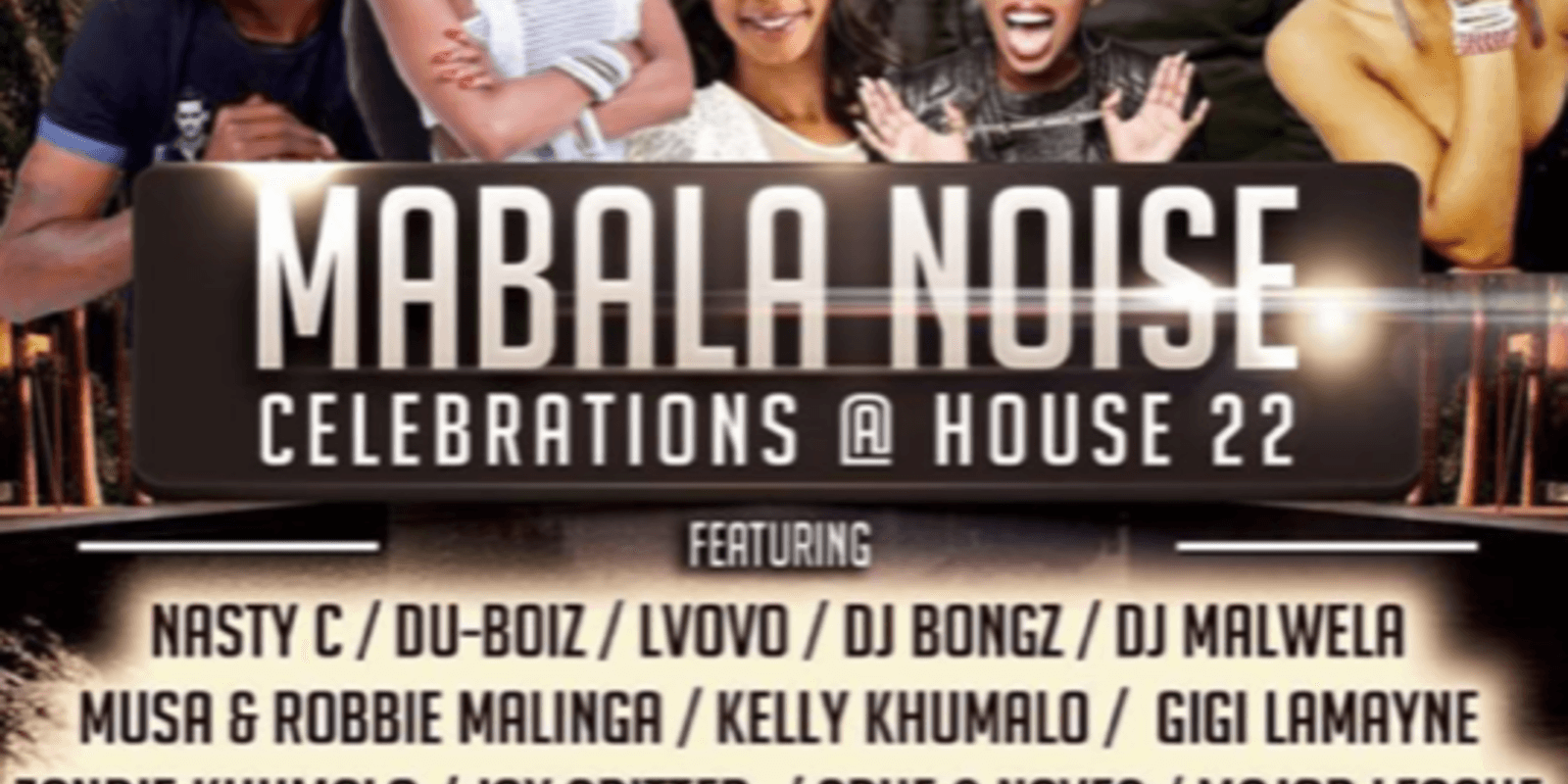 Take a look at all the tweets from Riky Rick below and let us know your thoughts: 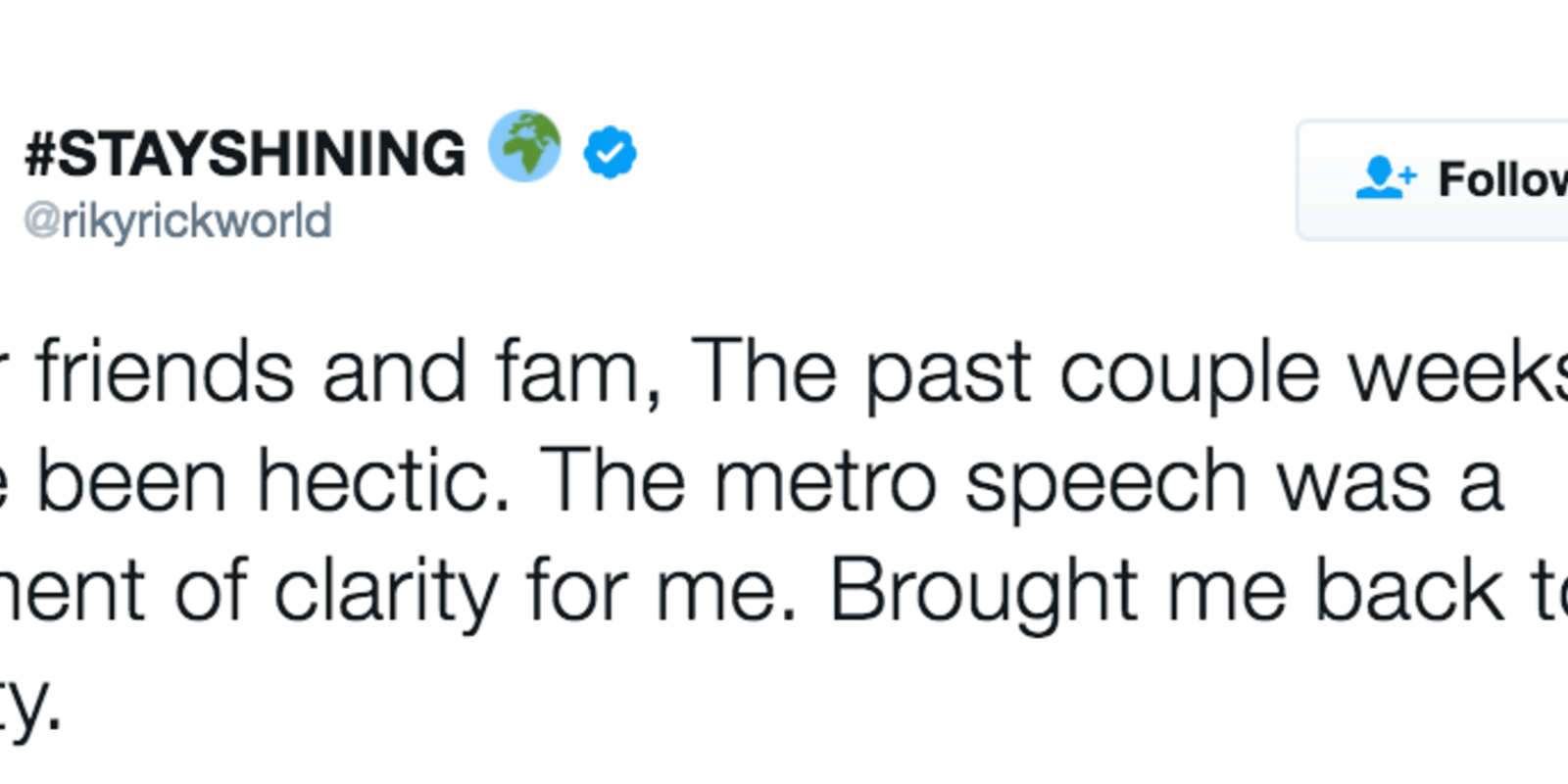 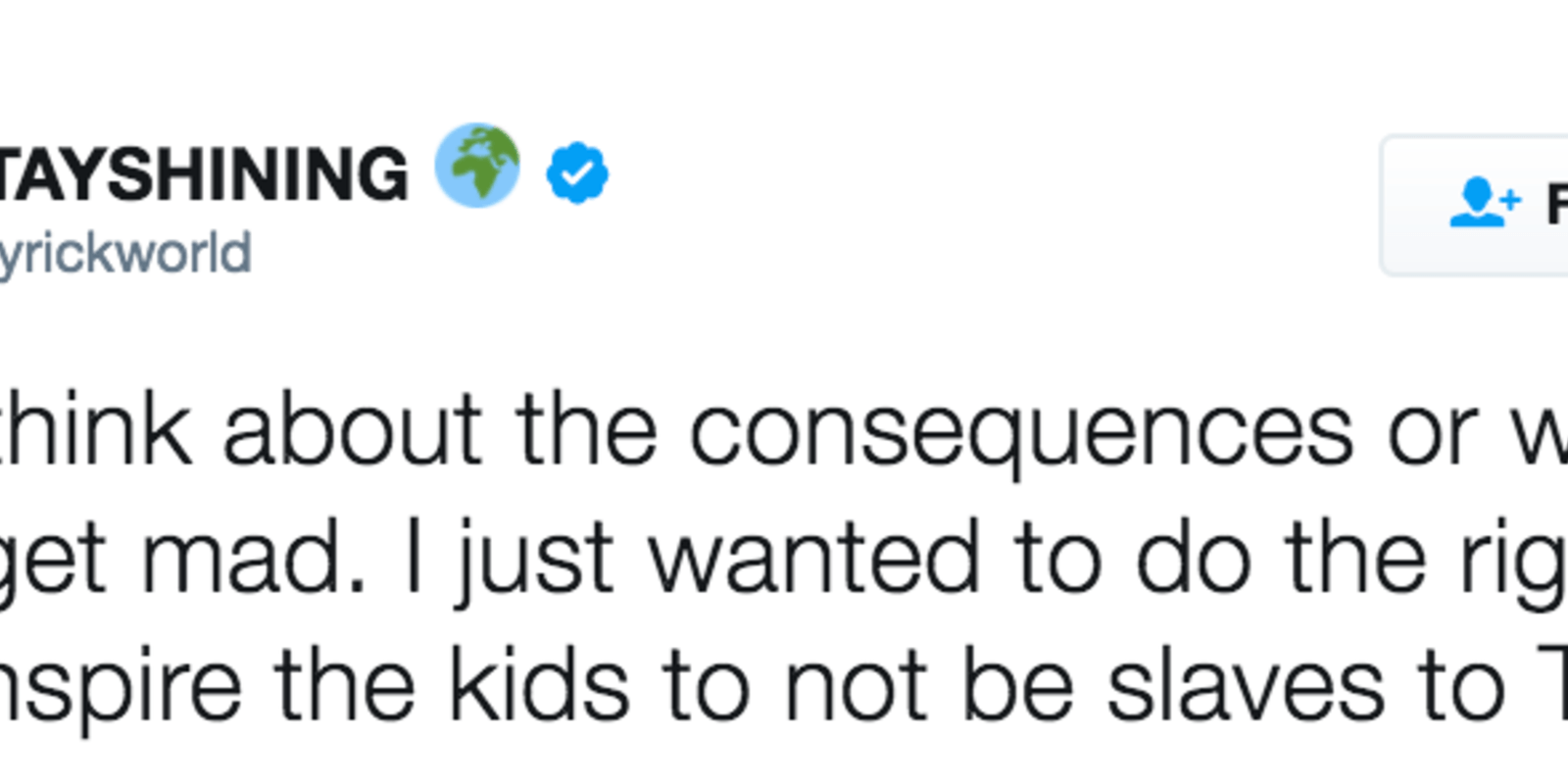 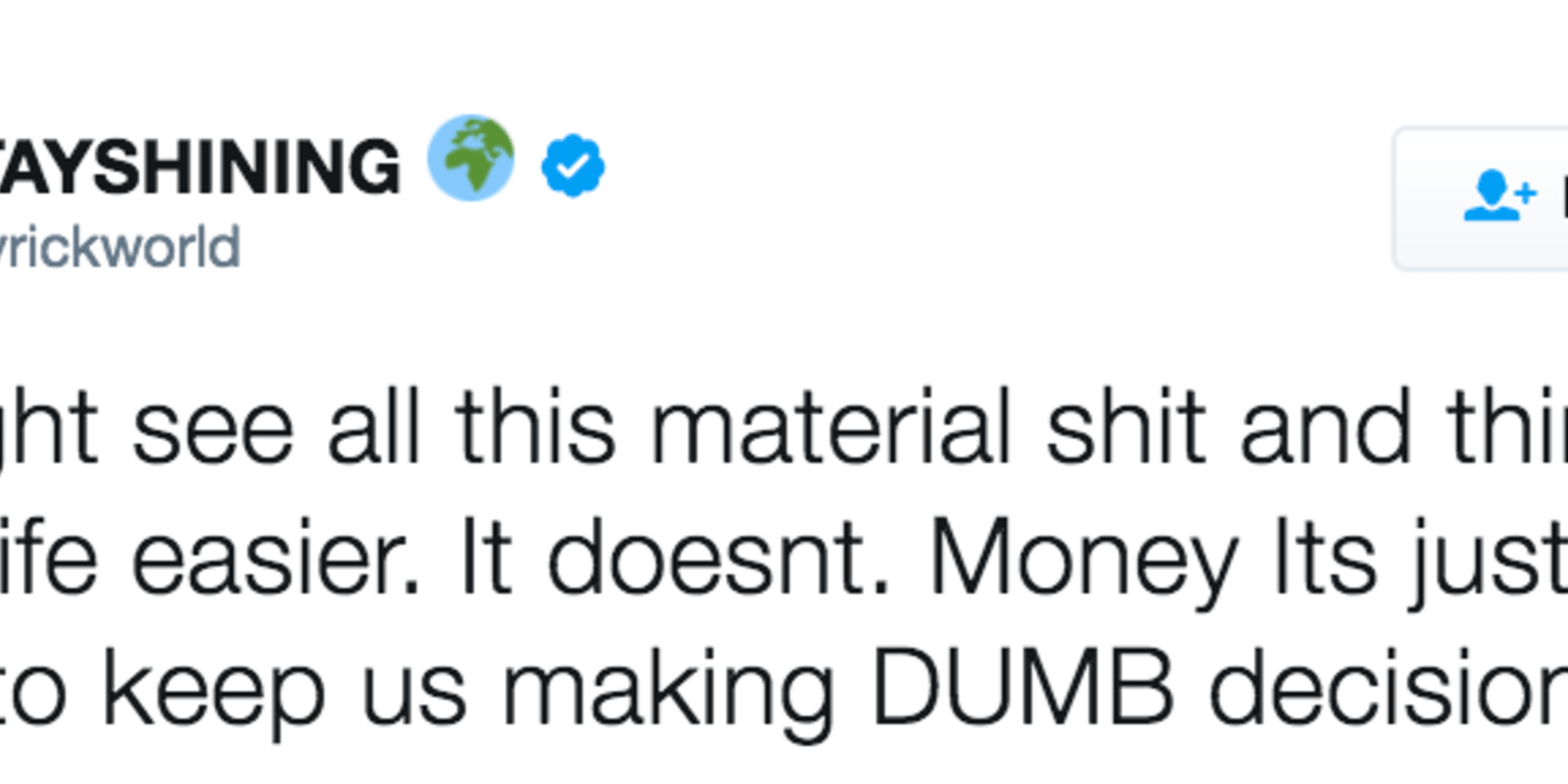 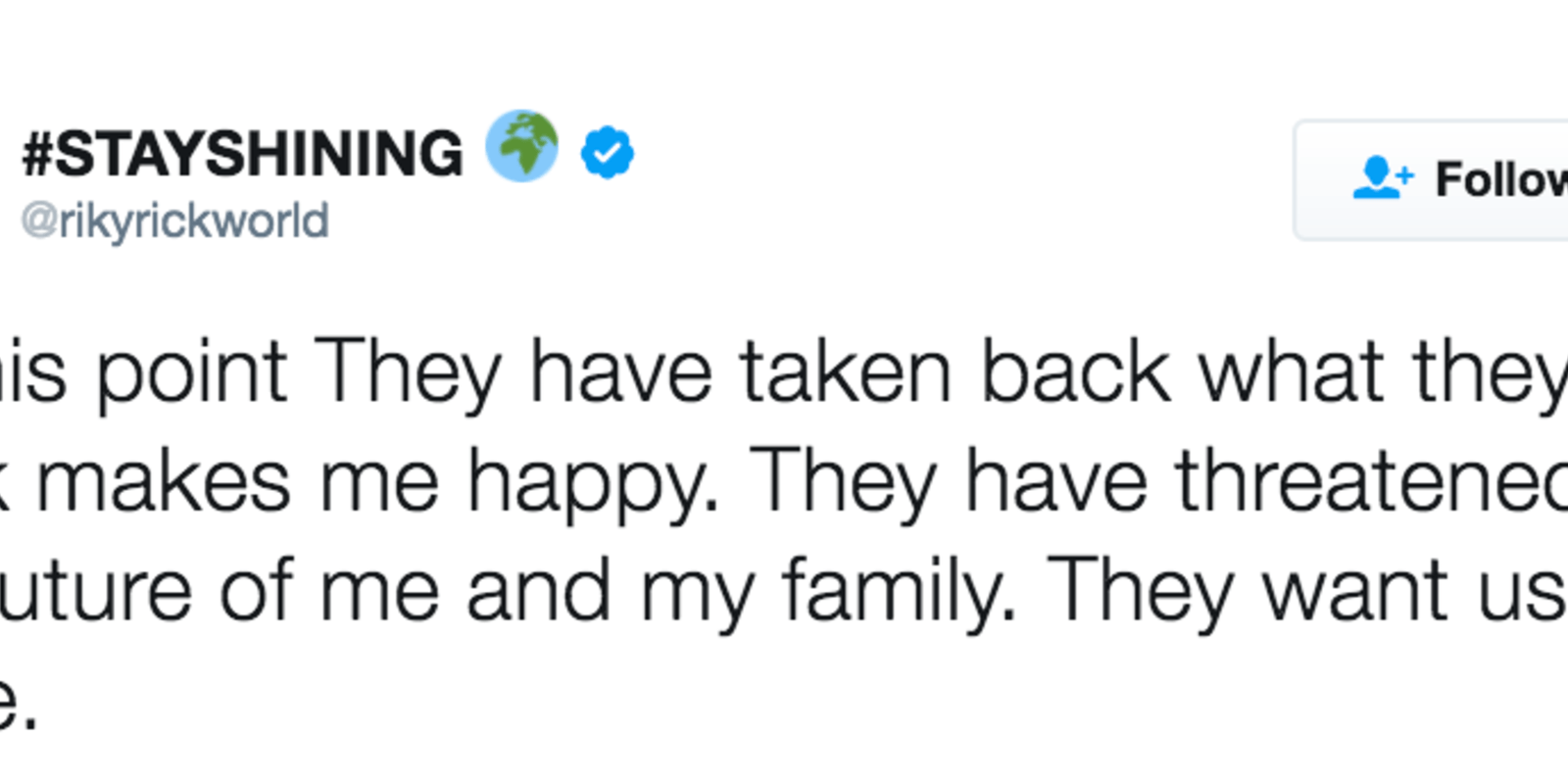 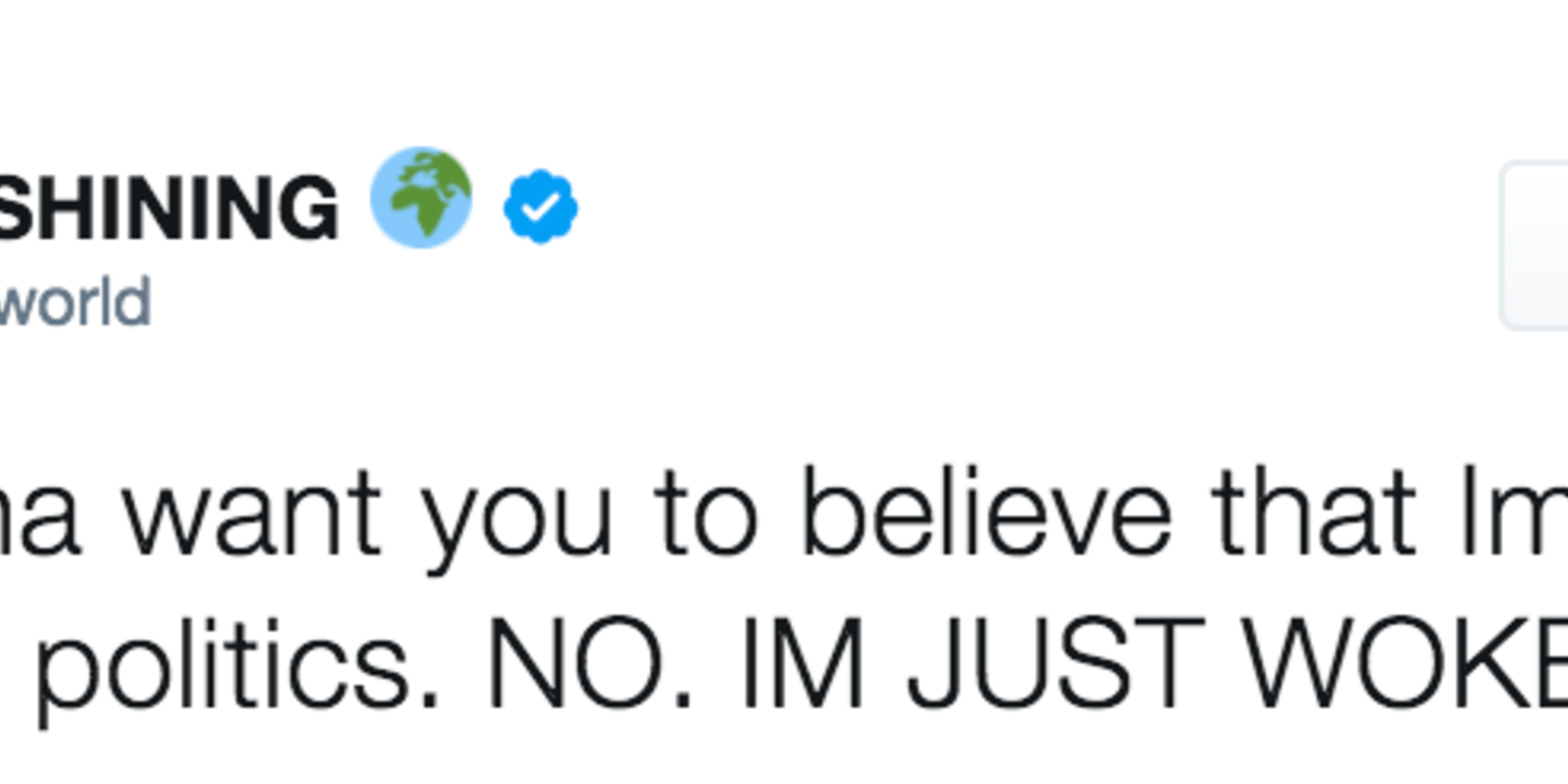 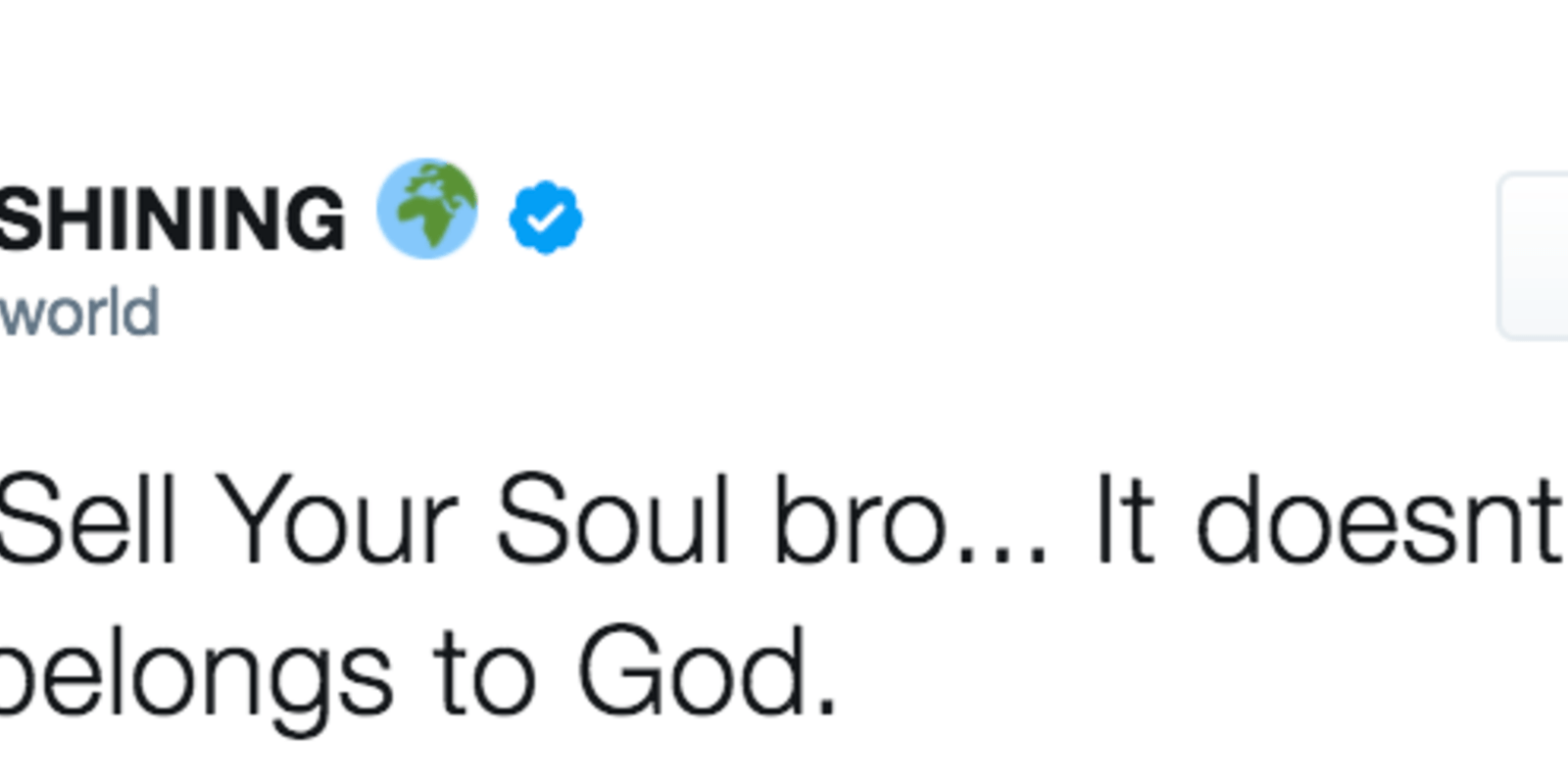 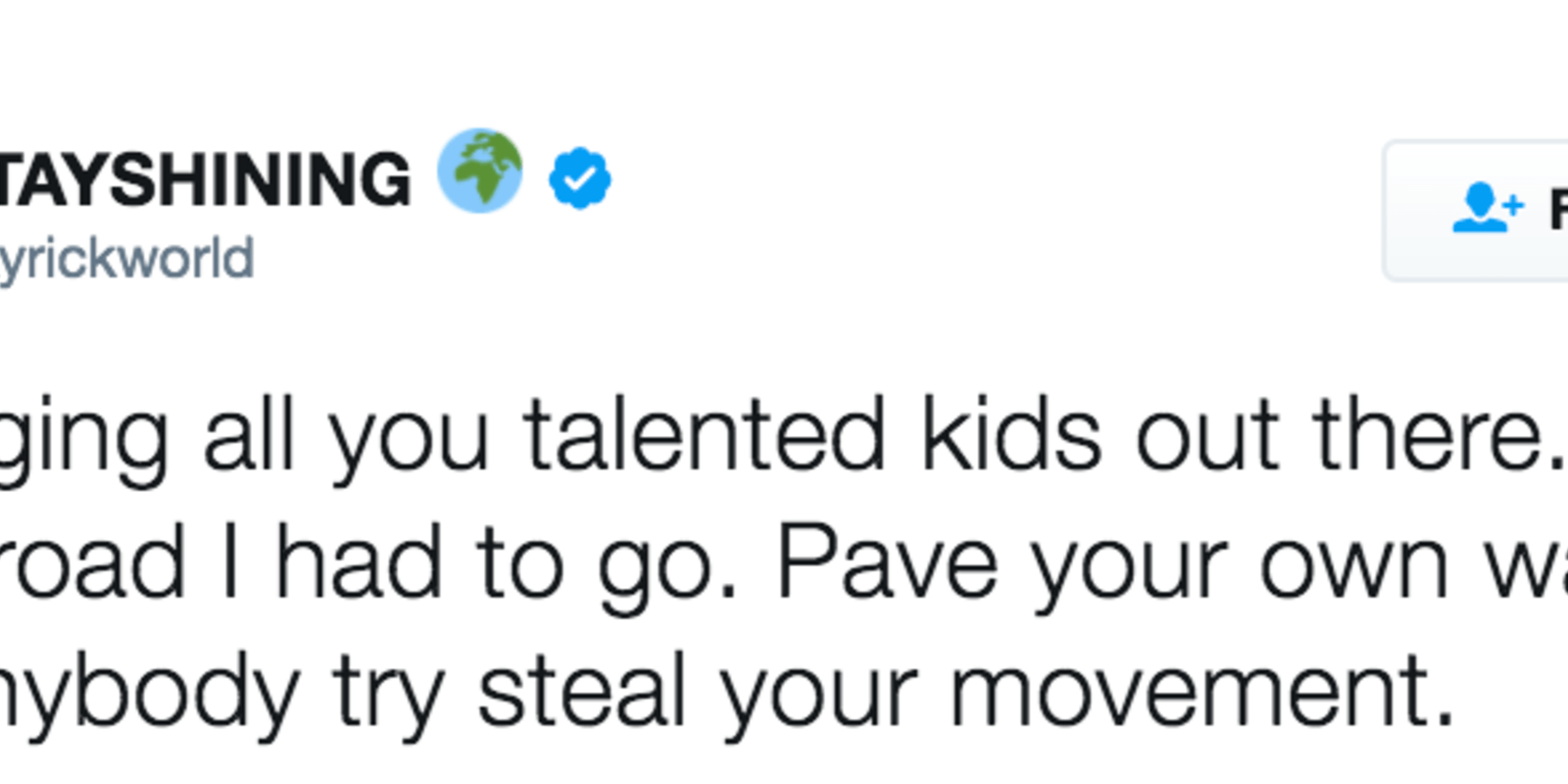 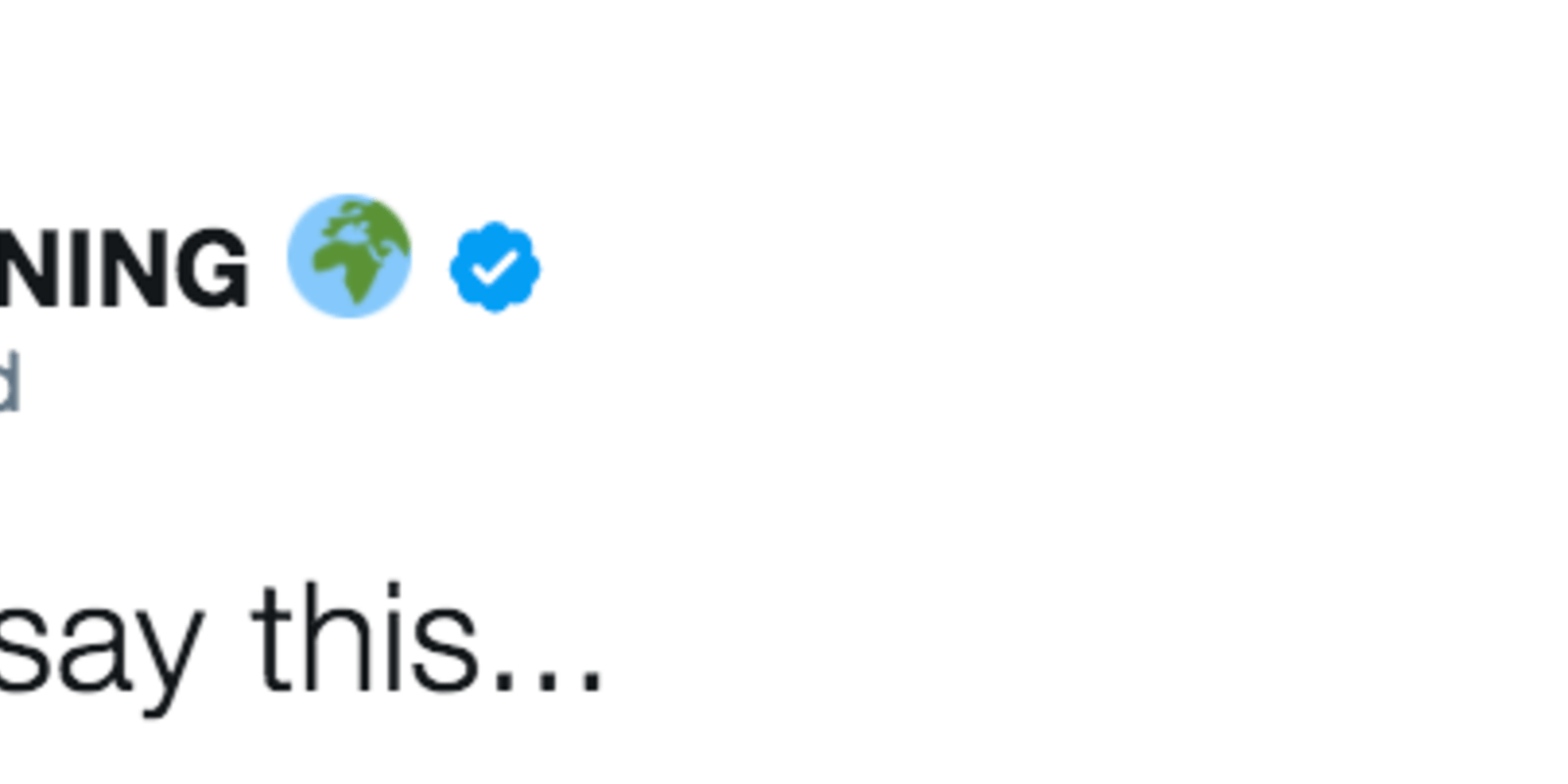 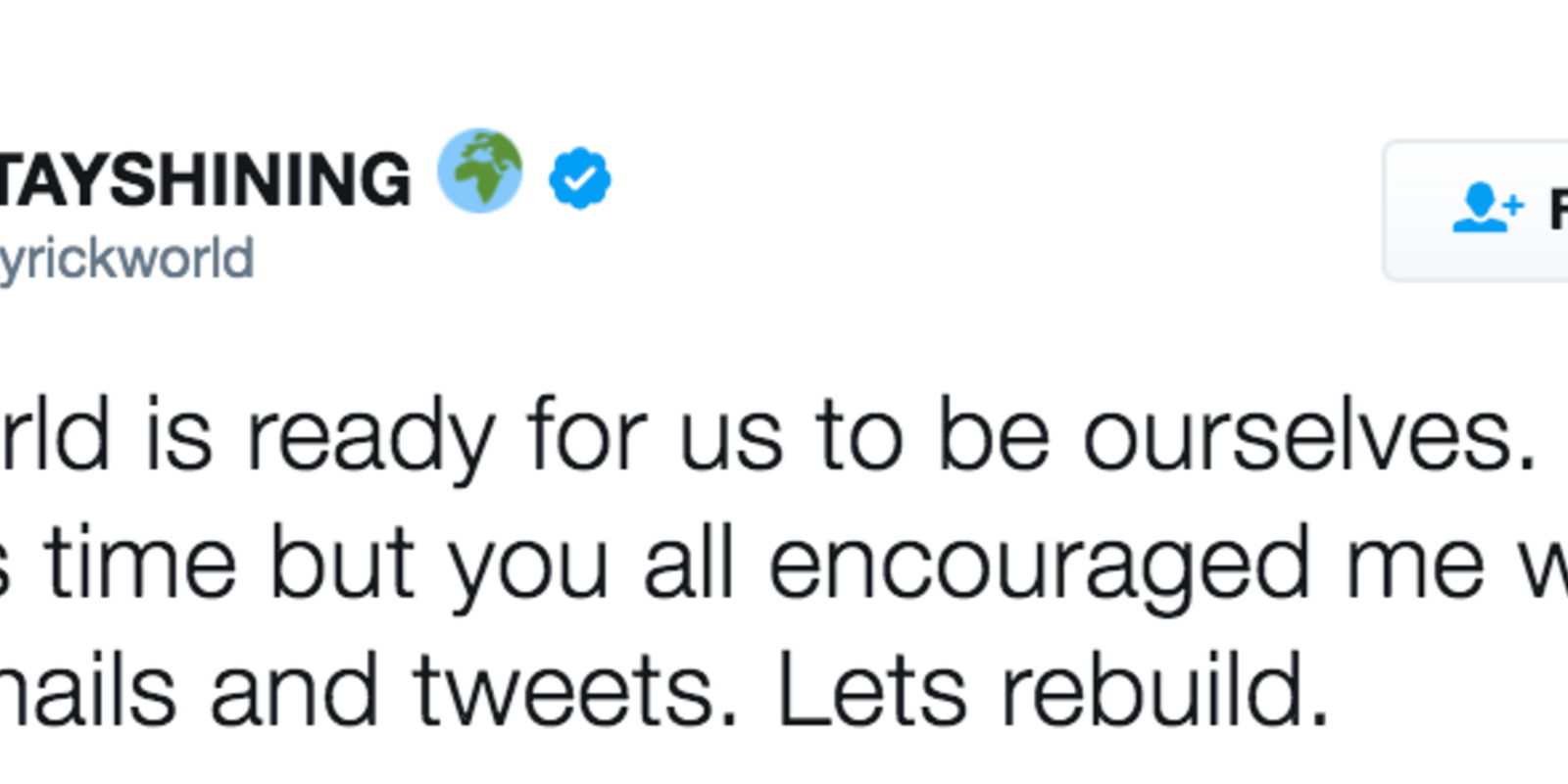 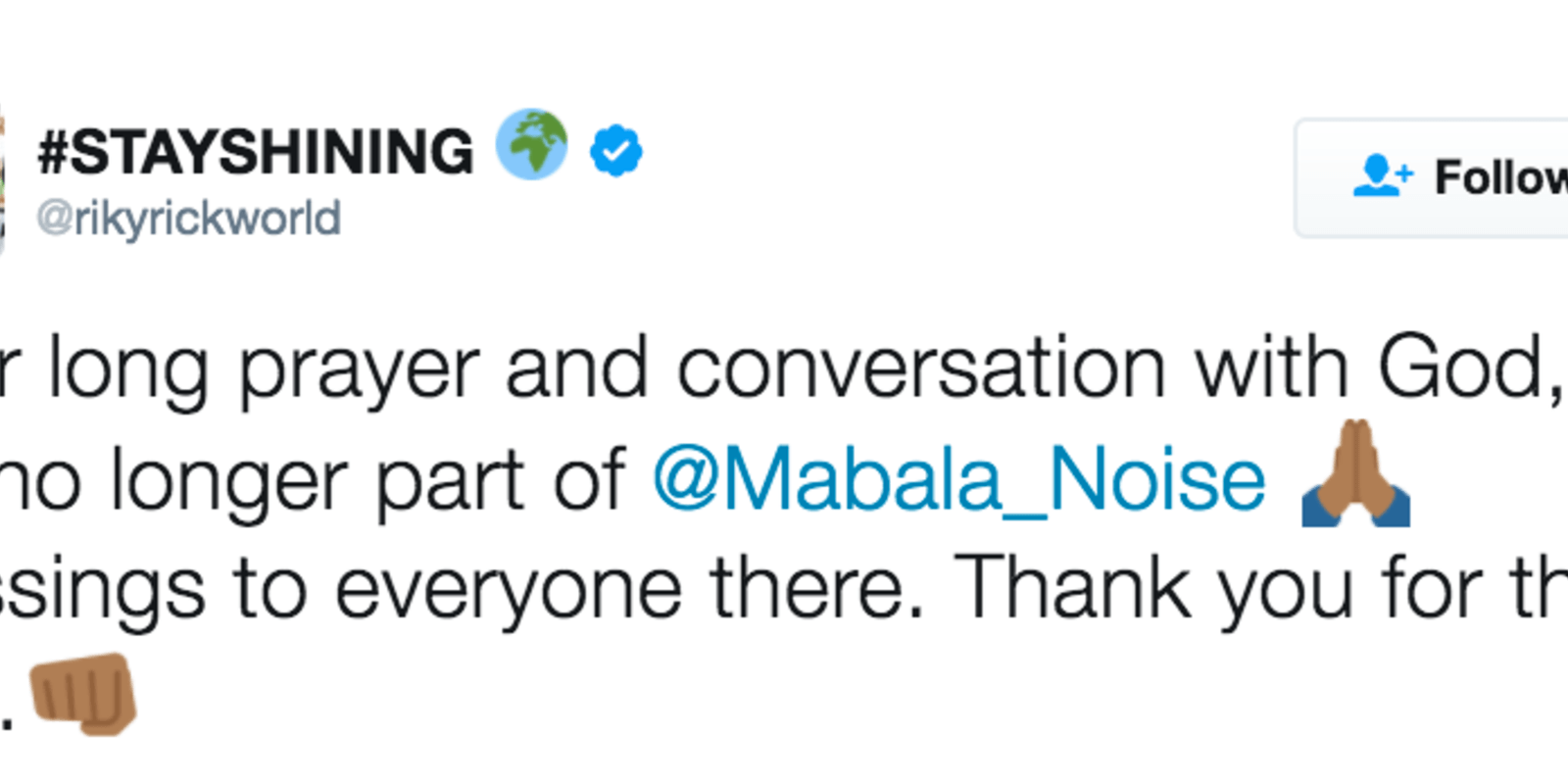 Video
A Tribute to Riky Rick — Massive Music
South African musicians have been paying their last respects to a fallen giant, Hip Hop icon and advocate for love, Riky Rick.
Video
How Riky Rick Wanted to be Remembered — Massive Music
King Kotini was once asked by Lootlove how he would like to be remembered. This is what he had to say.
Video
Lalla Hirayama and Smash Afrika Remember Riky Rick — Massive Music
The Massive Music presenters paid their respects to the late Hip Hop legend on an episode dedicating to celebrating his impact and legacy.
News
SA mourns the passing of Riky Rick
Rikhado 'Riky Rick' Makhado's family has confirmed the untimely passing of the Hip Hop icon.