Offset wants Cardi B back, and he will stop at nothing to try and woo her affections back following the couple's highly publicised break up last week.

In the latest stunt from the ongoing series of melodramatic bids to win Card back, the one-third of Migos crashed Cardi B's performance to apologise in the most theatrical way we've seen in recent times. The much talked about attempt comes just days after Offset shared a post in which he begs Cardi to take him back despite reports of a cheating. 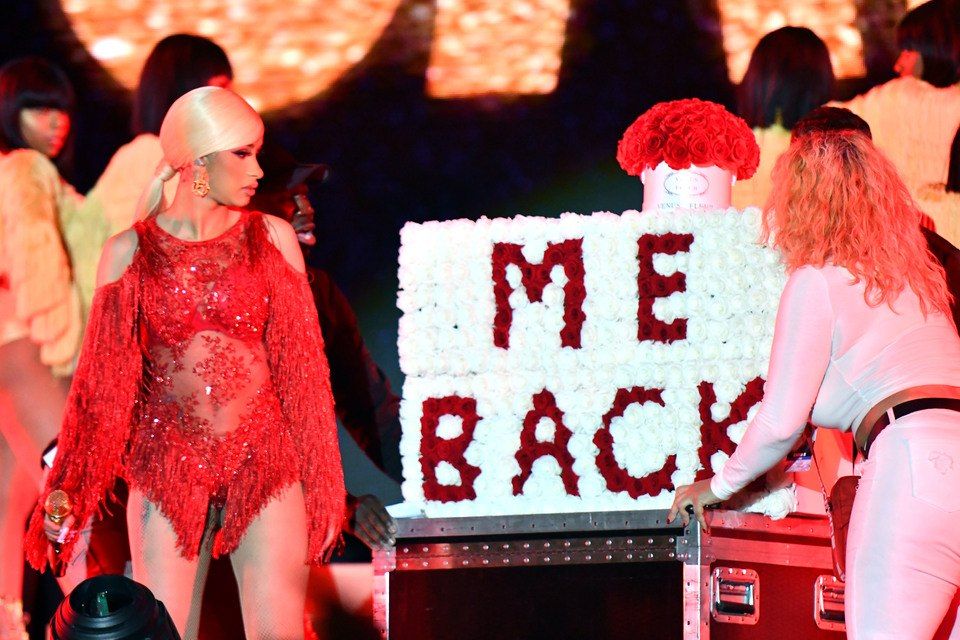 Both attempts appear to have bombed with equal impact, however. Despite the many white flowers that were randomly brought onstage during Cardi's performance, complete with 'TAKE ME BACK' emblazoned all over them, the Be Careful hitmaker asks Offset to depart the stage. 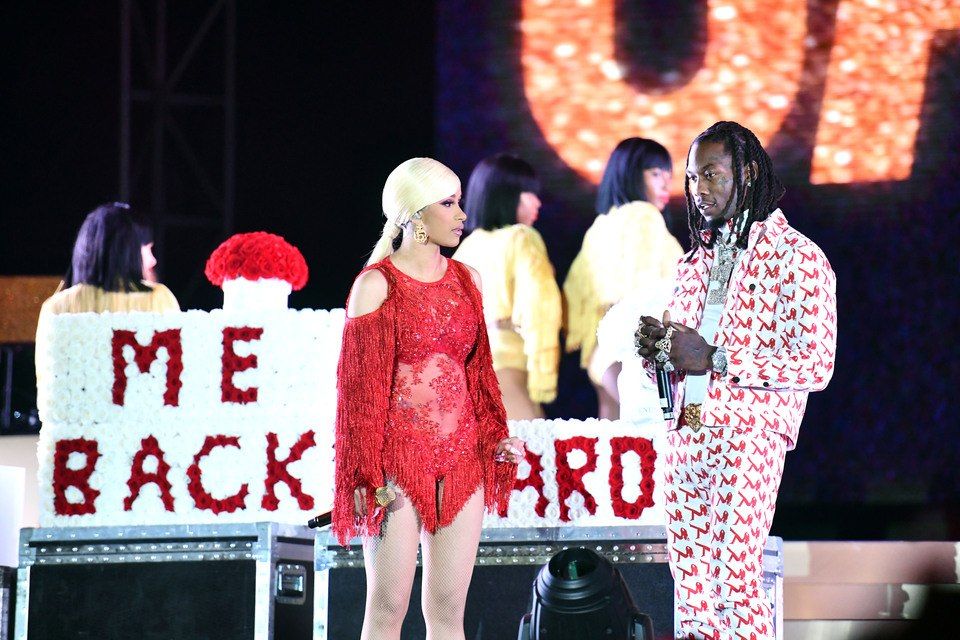 The two can be seen having a heat discussion onstage. However, the content of their back and forth is not audible to the attendees, who waited patiently for the show to continue. Others in the crowd can be heard asking Cardi to take Offset back. They join a long list of celebrities who are on Offset's team on the matter. The likes of 50 Cent, T.I and The Game have all asked Cardi to yield to Offset's relentless public pleas.

And while the couple, who welcomed their daughter Kulture this year aren't divorced yet, Cardi B has hinted that she's considering inking the final detail to their once awe-inspiring relationship.

Cardi B took to Instagram to thank her fans for their support but also asked them not to attack Offset.

Your thoughts on the whole thing?

Gallery
Looks and performances we loved at the AMAs!
Including Cardi B's shocking outfit, which has left fans with many questions.
Video
Lalla Hirayama and Anele Zondo bid Farewell — Massive Music
They’ve held it down for years on the show, and now Lalla Hirayama and Anele Zondo reflect on their time on the show.
News
Valerie Omari Gets on SA's Radar
There's a new singer making waves in town
Video
Musa serenades us with Mthande – Massive Music
This is for all the lovers in the house. Musa The Voice serenades us with a sultry performance of his hit song Mthande.