Nasty C's new album will be out sooner than you think

Strings And Bling, the follow-up album to the commercial success debut that was 2016's Bad Hair. The rapper further revealed that fans who pre-order the album will automatically liberate a joint called Legendary, in which he takes on personal themes of self-confidence and the pursuit of equal opportunity. 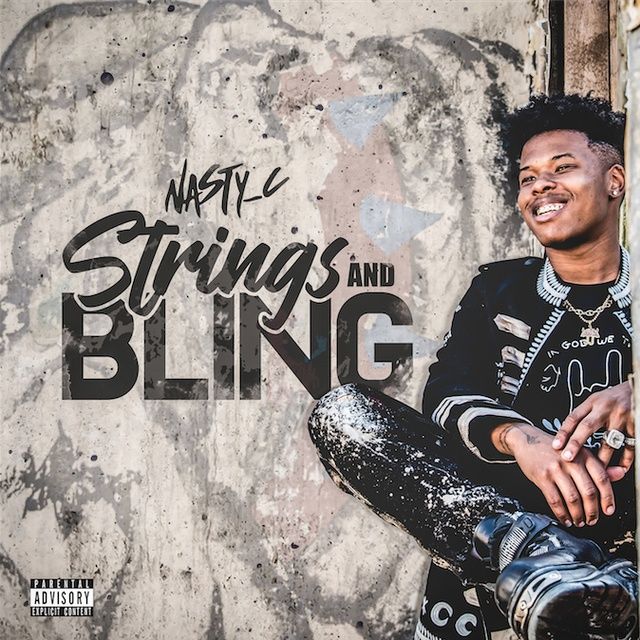 Described as his most personal album to date, Strings And Bling finds Nasty C rapping about his real life over production by the likes of American producers, Blu Magiq and Cxdy as well as Africa’s own Gemini Major, Tweezy , Gobbla, and up-and-coming trailblazer, Nani.  Guest appearances include A$AP Ferg, Rowlene and Kaien Cruz.

Strings And Bling is a layered presentation that deals with what’s on the surface and what lies beneath. Having already dropped monster singles such as ‘King’ and ‘Jungle’, Nasty C carves a new lane away from the rap of today’s radio. Instead, he cruises onto a lush, string-led post-trap road.

Recently the Durban-raised lyricist performed at London’s Wembley Arena for the One Africa Music Festival and was announced as one of four of South Africa’s favourite artists who made it into the coveted Forbes Africa Under 30 list. Nasty C also took home the Coolest Local Music Star award at this year’s Sunday Time’s annual Generation Next Brand Awards.

Three mixtapes, two albums and numerous features on some of the biggest songs on the African continent later, Nasty C is ready to take his music to the world. As such, he hopes Strings And Blingwill resonate with those who are willing to look beyond what is offered on the surface.