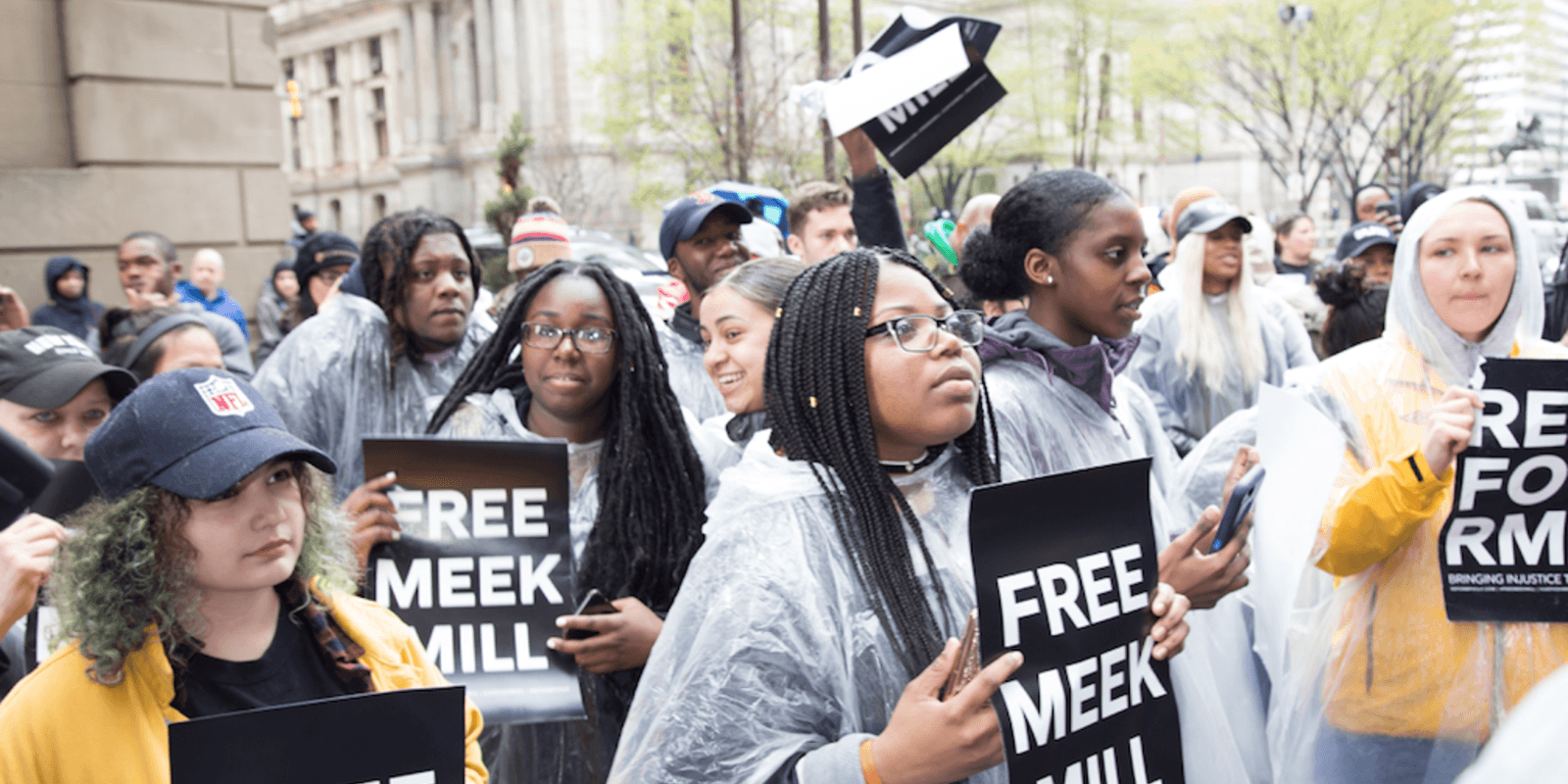 The Philly rapper, who was jailed in September 2017 for violating probation on charges from a 2008 conviction on gun and drug counts, was released on bail on Tuesday. "Today, Meek Mill, a son of Philadelphia, is a free man", Jay wrote on Facebook, while Hart couldn't contain his excitement on IG. "Back like we never left!" he wrote, sharing a pic with the embattled rapper.

Meek's release months after calls for his releases mounted from fellow artists, athletes, as well as fans, who've taken to the streets to challenge the conviction. And although many took to social media to react to the news of Meek's release, none's excitement could have been more than the free man himself.

"I’d like to thank God, my family, and all my public advocates for their love, support and encouragement during this difficult time", he tweeted for the first time since being arrested.  "While the past five months have been a nightmare, the prayers, visits, calls, letters and rallies have helped me stay positive."

Meek also added that he would be working very closely with his legal team to get fight this legal battle so that he can begin working on new music.

News
02 September 2021
Top moments from Zahara on Podcast and Chill: Celebrity Edition Premiere
Award winning South African afro-soul singer Zahara opened up to MacG and Sol Phenduka during a frank chat.
News
30 April 2021
Megan Thee Stallion announces 'Break' from Music
The rapper looks to catch a break with some me-time.
News
16 January 2020
Tekashi 6ix9ine Wants To Serve The Rest of His Prison Sentence At Home
He reportedly fears for his life.
News
25 November 2019
A$ap Rocky Keen To Perform In Swedish Prison
The rapper would love to drop some bars... where he was once behind them.