News
30 April 2019
Perks to being the world's youngest billionaire include being able to stop traffic just to wish your boo a happy birthday!
Subscribe

They routinely break bits of the internet every time they share snaps of their awe-inspiring love.

No one was ready for that romantic mini doccie Kylie Jenner dropped in 2018 – chronicling her hidden journey towards motherhood in a visual that broke some kind of a record on Youtube. Travis Scott’s appearance was definitely a big factor in those numbers.

The good sis is really no stranger to splashy displays of her adoration for Travis Scott. Kylie melted hearts on Tuesday when she shared a beautiful birthday for Travis on Instagram. Accompanying a loved-up picture of the couple, Kylie wrote at length about how proud she is of the rapper.

“[W] atching you evolve into the partner, friend, son, and father you are today has been so fulfilling”, wrote the world’s youngest billionaire.

And because she can, the youngest Jenner threw in a tease about this being the perfect time for another baby!

For some, the sweet Instagram caption pales when compared to the billboard Kylie put up in West Hollywood to send Travis a birthday message in the most over the top way you can imagine! 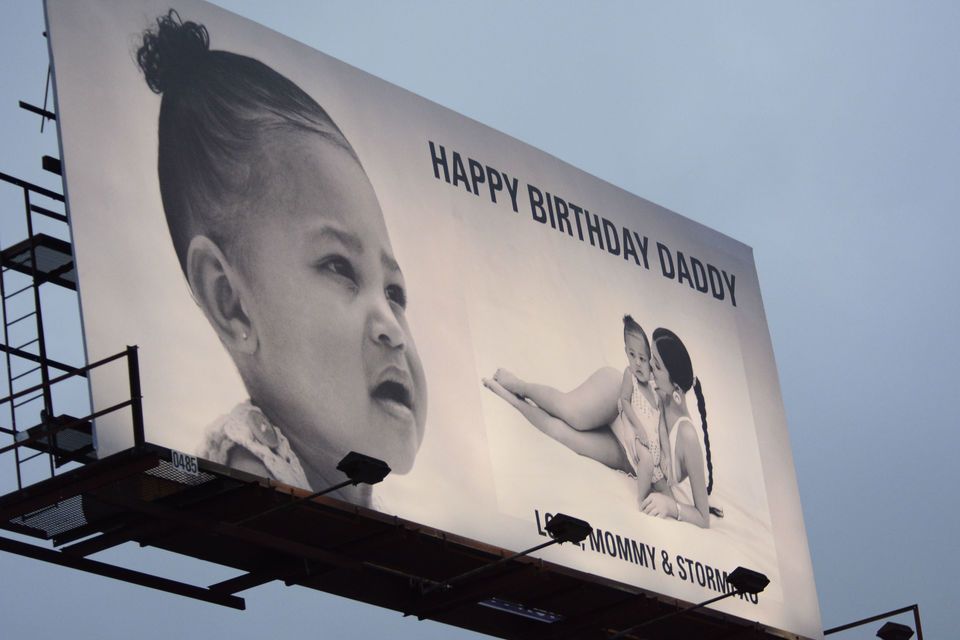 The couple have a beautiful daughter together, Stormi, who’s debut made headlines in February 2018.

News
Travis Scott Celebrates Daughter Stormi's Birthday
Travis Scott got all poetic as he celebrated his daughter's 3rd birthday.
News
Travis Treats Kylie To Thousands of Roses
They are now the world's most romantic couple