J Cole's album is coming out sooner than you think!

April is turning out to be that musical month for 2018!

Within just days, Cardi B premiered her debut album, Invasion of Privacy, Nick Minaj made her return with two brand new singles, Kendrick Lamar received a Pulitzer Prize and Beyoncè had Coachella pretty much named after her after nailing a triumphant return that saw her reunite with Kelly and Michelle. A

nd now J Cole has announced a brand new album, and it's coming out sooner than you think. 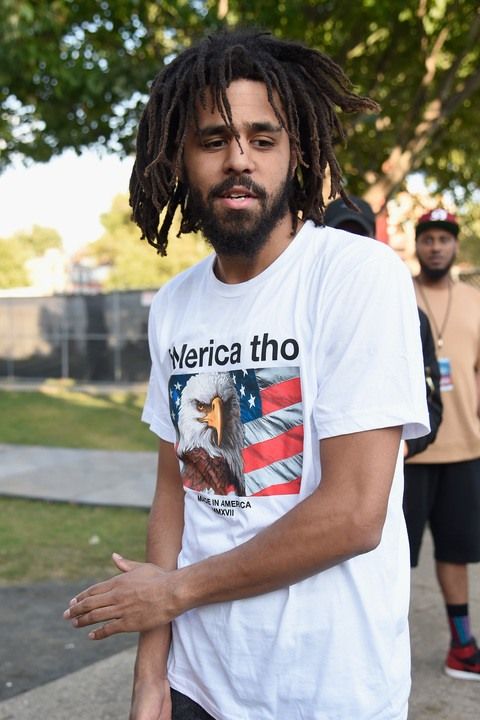 Not one for elaborate album promotional buildups, the rapper on Tuesday announced via his Twitter that a new album will be hitting the shelves as soon this Friday, April 20th! And while he's yet to confirm the album title, reveal artwork, credit producers or collaborations, we at least know enough to confirm that it has something to do with 'KOD' because that's what the tweet says.

'King of Dreamville?', one fan wrote as his the rapper's fans have begun trying to decipher the meaning of the abbreviation, while another added, "I feel like we need to take it upon ourselves to figure out what KOD means, as a dreamville family."

Cole last made a lasting impression on his previous and fourth album 4 Your Eyez Only, which was released alongside an HBO documentary back in 2016. The album debuted at #1 on the Billboard Hot 200 charts, with over 360 000 copies sold in its first week.

Video
Nanette Performs ‘Dream Girl’ — Massive Music
The up and coming South African R&B star lavished the Massive Music stage with soulful harmonies for the performance of her single, ‘Dream Girl’, taken from her forthcoming studio album.
News
J Cole's Next Album Could Be his Last
Rapper J Cole has premiered his much talked about documentary
Video
Malome Vector’s Upcoming Album is 98% Done — Massive Music
The up and coming ‘Nobody’ hitmaker breaks down his unique style as he teases the sound of his highly anticipated studio album.
News
J Cole's Highly Anticipated 'The Fall Off' Album Around The Corner Now
J Cole's long-awaited album confirmed for 2021