News
06 November 2017
The ultimate birthday celebration of the year!
Subscribe

It all began in October of 1997. From the moment the very first music video aired, the journey of pushing forward Africa's music culture forward and creating a vibrant and unashmedly original music epicentre had begun.

Now it's reached an incredible and unprecedented milestone on the continent: 20 years of O!

2017 marks twenty years of the continent's premiere music channel and in order to mark this monumental achievement we're bringing you a birthday celebration of epic proportions! On the 18th of November all roads lead to Newtown Park, Johannesburg for a party like no other. 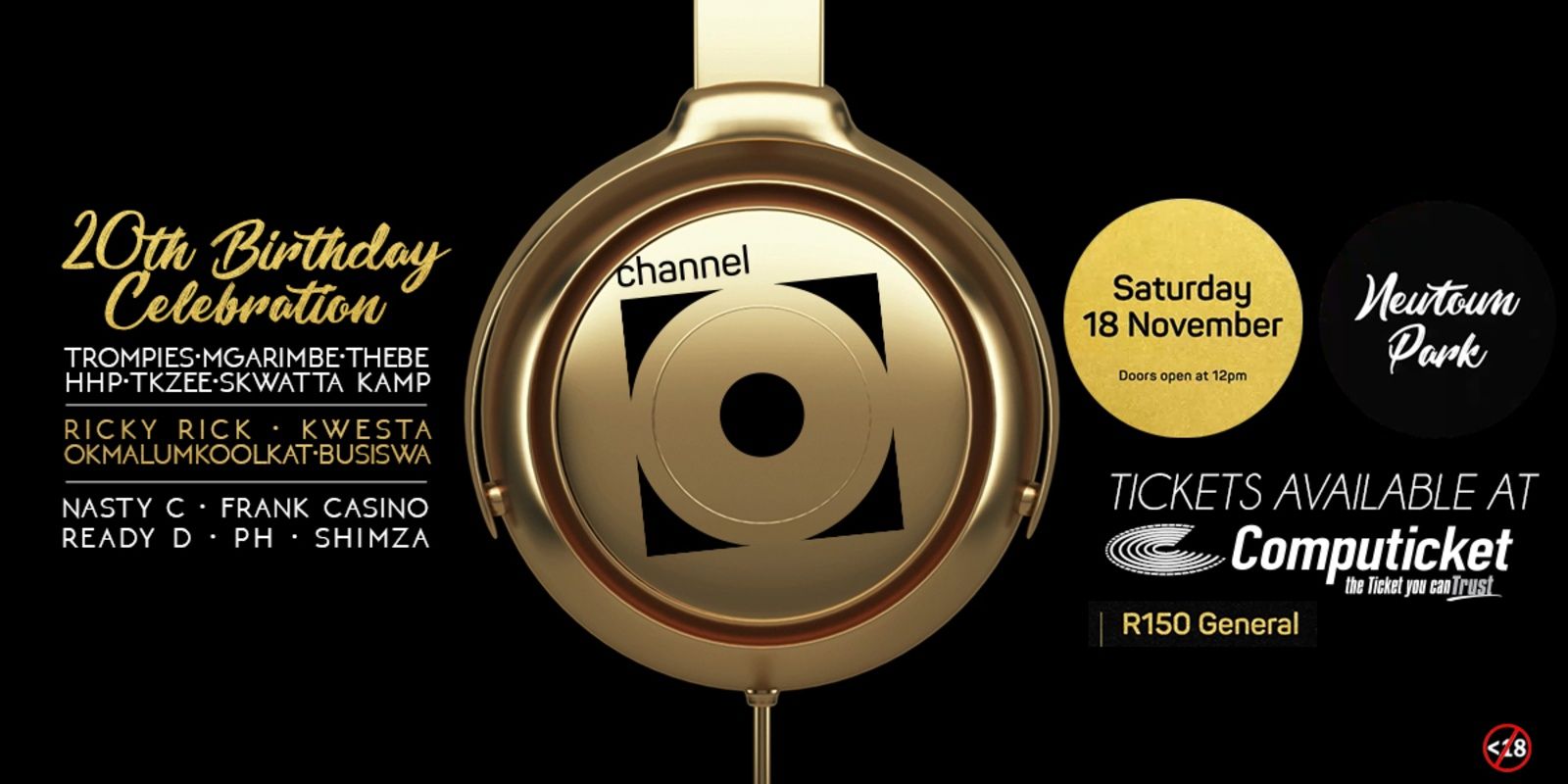 Spanning generations, genres and cultures, the Channel O 20th Birthday Celebration aims to capture the essence of the eras that defined not just us, but the music scene as a whole! The event will also feature some of the biggest and most recognisable Channel O faces alongside the industry's most revered music stars!

So be sure to grab your tickets ASAP from Computicket and don't miss out on a era marking moment!

Video
KLY and Aubrey Qwana Perform ‘Siyabonga’ — Massive Music
It’s gratitude but make it drip with a vibe; Kly and Aubrey Qwana’s latest single celebrates hustle wins and their energy reflected it on their Massive Music performance.
Video
Lalla Hirayama and Anele Zondo bid Farewell — Massive Music
They’ve held it down for years on the show, and now Lalla Hirayama and Anele Zondo reflect on their time on the show.
Video
Kamo Mphela’s Best Performances — Massive Music
Everyday is the perfect day to stan Kamo Mphela’s stage presence! This is a mash-up of her performances on Massive Music through the years
News
Musa Keys and Loui reclaim #1 on the Channel O Top 30!
Stream our Spotify playlist of the 30 hottest songs in the country. There are six brand new entries and two re-entries, which means there are plenty of new drops for you to blast, whole some tracks have fallen off! See what's blowing up the charts this week.