Ariana Grande to perform at the BBMAs!

News
30 April 2019
Grande is set to unleash her 7 Rings bop at the looming awards show.
Subscribe

Dick Clark productions and NBC recently announced that multi-platinum, record-breaking superstar Ariana Grande is partnering with T-Mobile for a special performance of her hit single “7 Rings” from her sold-out tour stop as part of the “2019 Billboard Music Awards.” 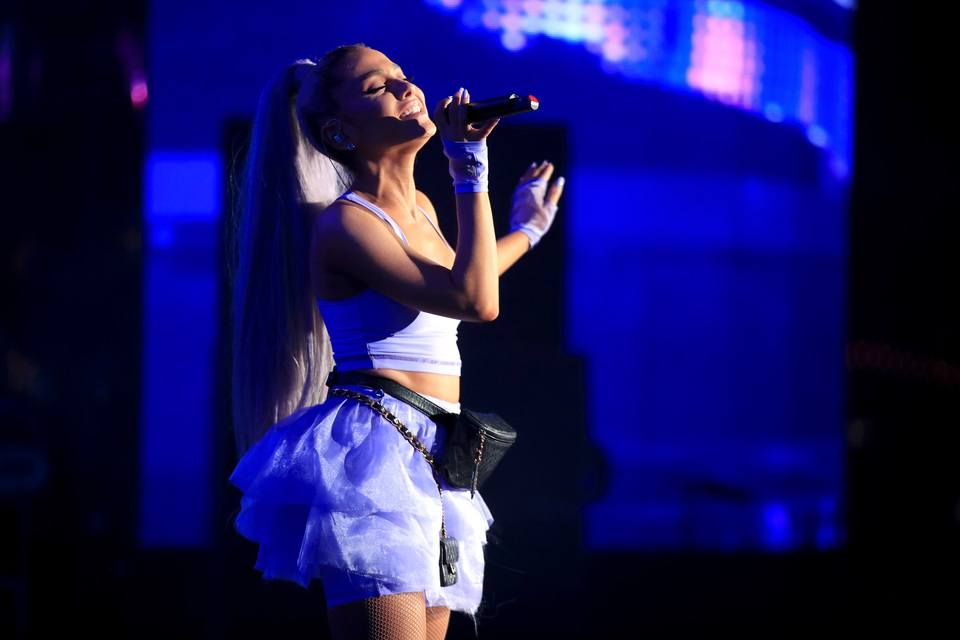 The pop songstress, whose song spent six weeks at No. 1 on Billboard’s Pop Songs Airplay chart, marks her fourth No. 1 hit since July – the fastest any artist has collected that many No. 1 singles in the chart’s history.

The “2019 Billboard Music Awards,” with returning host Kelly Clarkson, will air from the MGM Grand Garden Arena in Las Vegas on Thursday, May 2nd at 2:00 on Channel O and will feature this year’s hottest musical acts, unexpected collaborations and buzzworthy moments.

But then, things got even bigger for the superstar, as she quickly claimed a second No. 1 on the Hot 100 with “7 Rings,” along with her fourth No. 1 album on the Billboard 200: Thank U, Next. When the latter debuted at No. 1, it logged the largest streaming week ever for a pop album, and, any album by a woman (with its songs earning 307.1 million on demand audio streams in its first week in the U.S., according to Nielsen Music). Also, when Thank U, Next opened at No. 1 on the Billboard 200, it happened just five months and 22 days after Sweetener started at No. 1 – the shortest gap between new No. 1s on the chart for a woman since 1975.

“Billboard Music Awards” nominees and winners are based on key fan interactions with music, including album and digital song sales, streaming, radio airplay, touring and social engagement, tracked by Billboard and its data partners, including Nielsen Music and Next Big Sound. The awards are based on the chart period of March 23, 2018 through March 7, 2019. Since 1940, the Billboard charts have been the go-to guide for ranking the popularity of artists, songs and albums, and are the ultimate measure of success in music.

Catch the Billboard Music Awards live on Channel on Thursday, May 2nd at 2:00!