The Couple’s weekly sessions were underway this evening and the revelations from the Love Guests informed us that they’re keeping the fire burning.

From things they like to what inspires their thought process when the nomination window is opened and what the deal breakers in their relationships would be.

PreshDavid kicked off the sessions and it was obvious the Couple had so much in common. Asked about what they like about each other, Presh Talker told Aunty that David Wilson listens and she likes that about him.

Adding to the conversation, David Wilson said he’s concern about their relationship is Presh Talker’s independence and her strong will.

However, they made us fall in love with the idea of a happily ever after, she said: “when I think of the future, I see us.” 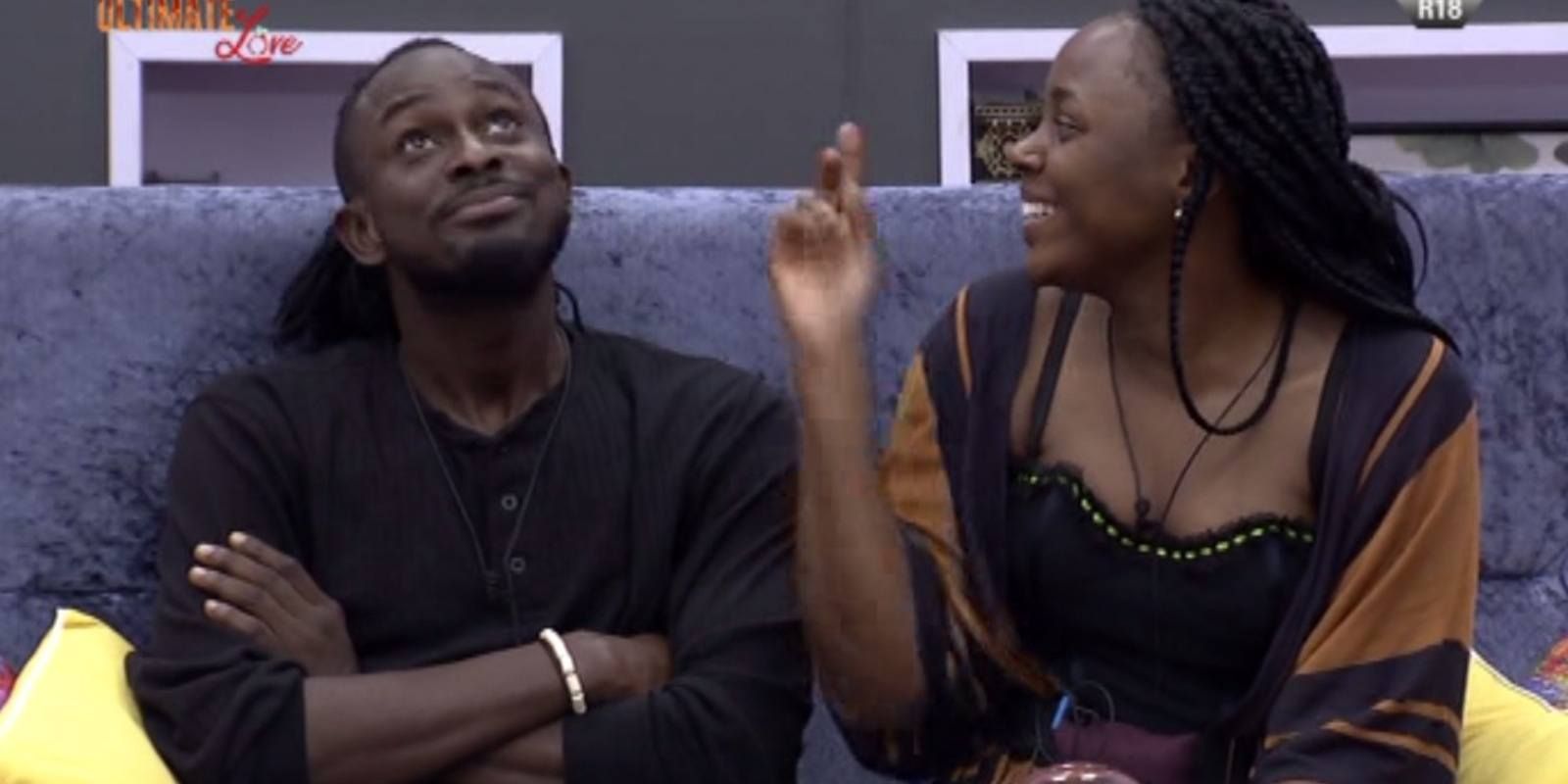 Soon after, Jaykech also disclosed their nomination strategy which includes the behaviour of other Couples. Their session also became an opportunity to let Aunty know what would cause them to split.

For Jay if he’d discover Nkechi has a child somewhere or has a different life outside he would end the relationship while she pointed out she’d walk if his discipline was just an act. 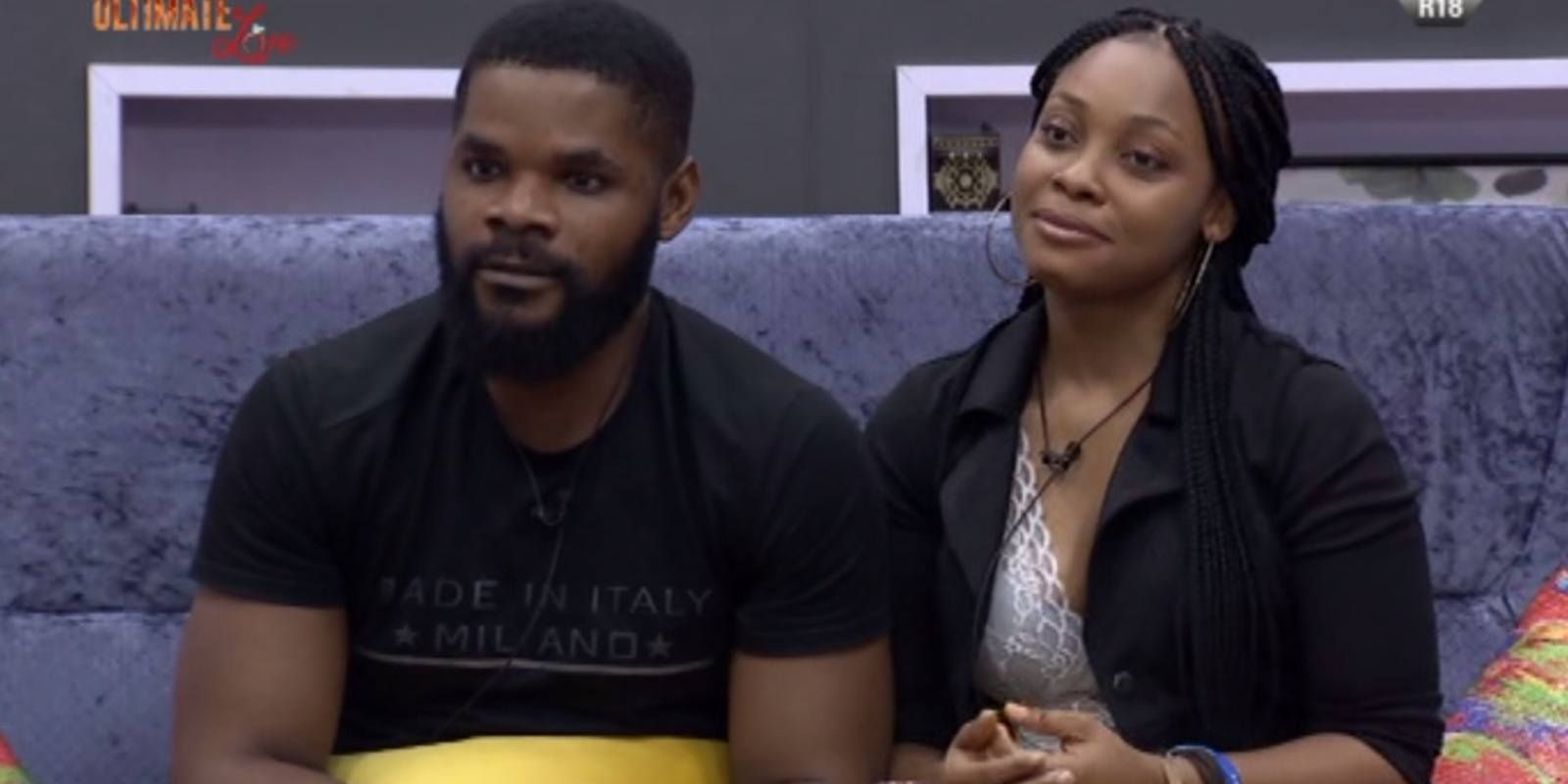 “Rosie is stubborn Aunty but I like that she’s charismatic”, Kachi told Aunty with a bit of grim on his face. Having gone through a few hurdles in their newly formed relationship, Rosie wasn’t shy to put it out there that he’s a keeper. “He’s a man I’d like to have around”, she said. 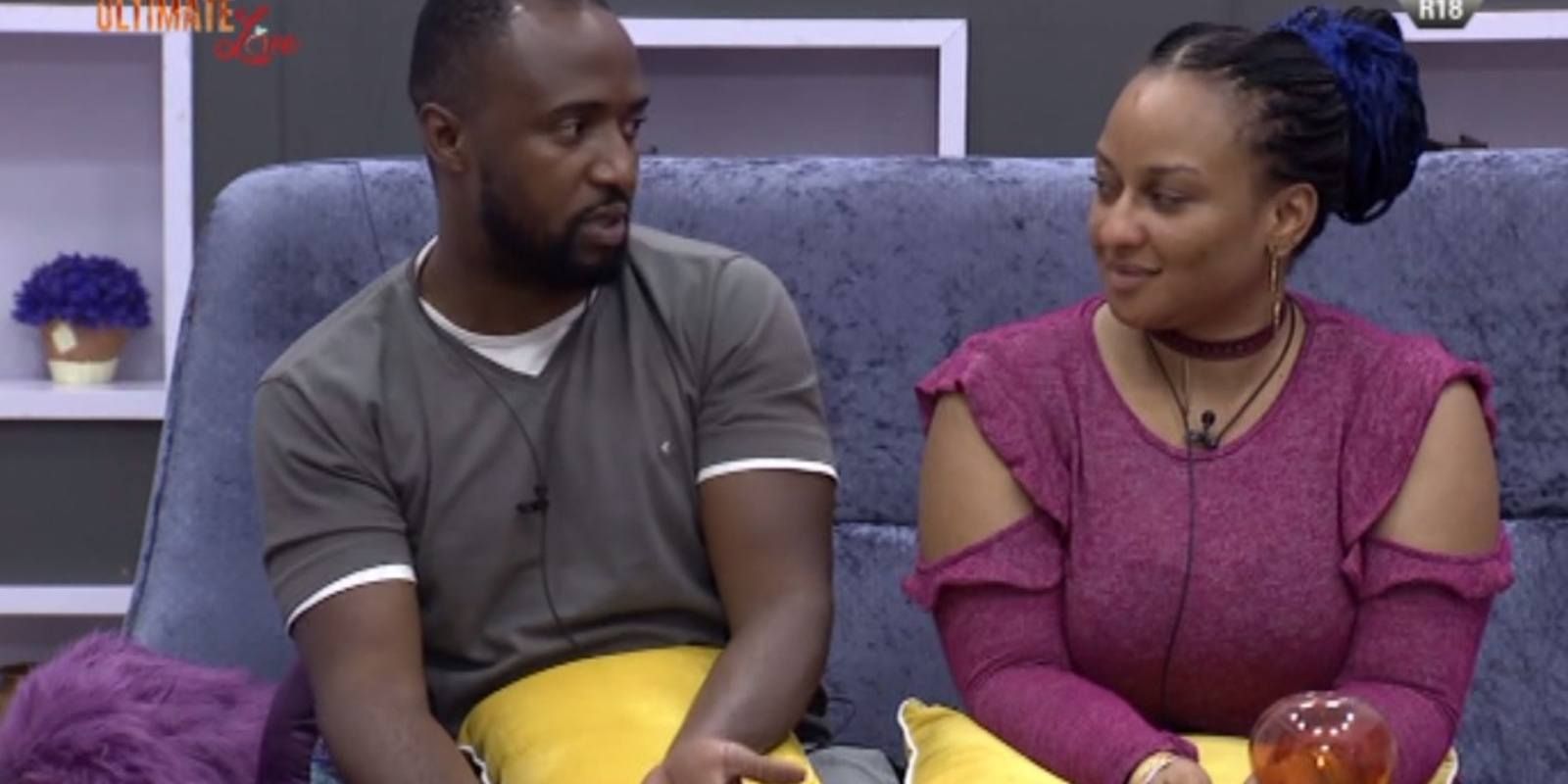 The growth in DoubleChris’ relationship is obvious in their interactions and their session with Aunty affirmed that.

Though they’re taking their time and doing things their way, the things they’re talking about in their relationship have determined that outside the Love Pad, they’ll still be DoubleChris.

With that said, they both believe exes should remain in the past and if not, that would be the downfall to their relationship. 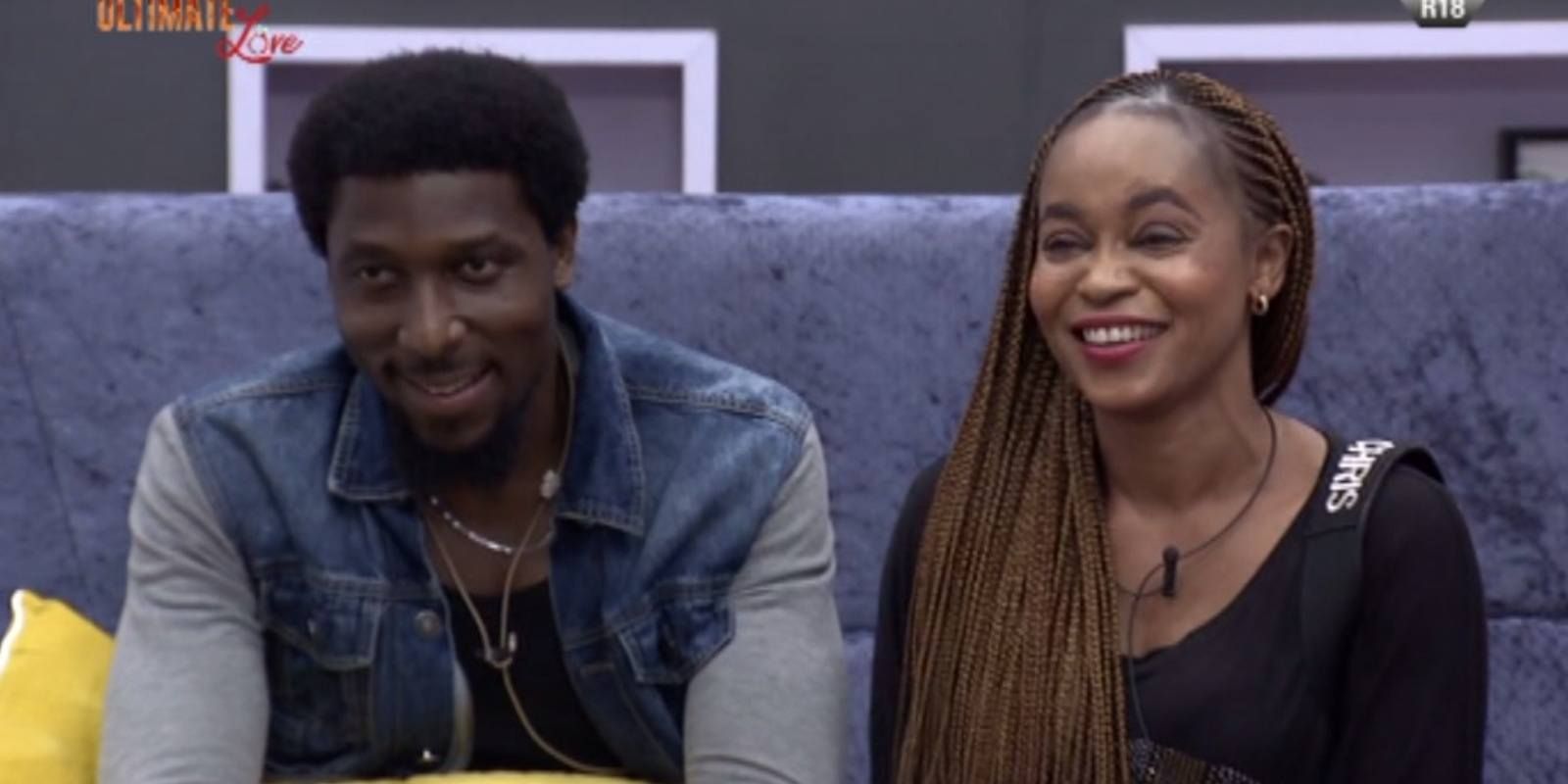 Jelo closed today’s session and they bared all for Aunty. Louis started by emphasising how stubborn Jenny Koko is and vise-versa. Jenny Koko went into details highlighting how her upbringing has shaped how she behaves in relationships.

“Because I grew up in a house where my dad and stepmom quarrelled, there were people saying my stepmom controls my dad. That’s why I don’t want a man controlling me”, she added.

Asked if he still wants to Check Out of the Love Pad, he told Aunty, if Jenny Koko keeps disregarding his feelings, he might just but for now they’re keeping the fire steady. 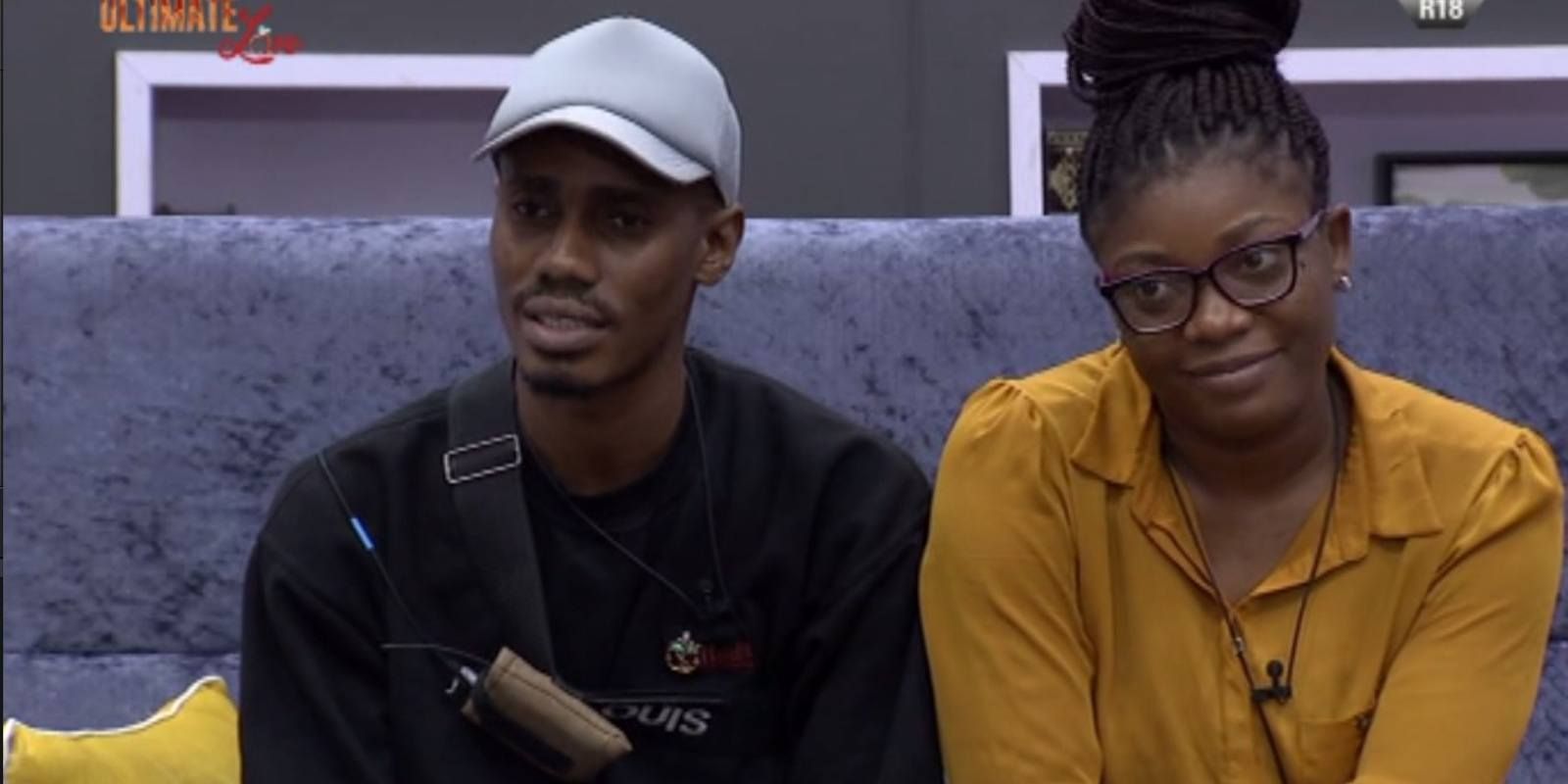 News
Don't miss the #DoubleChrisWedding!
Ultimate Love couple’s wedding set to air on DStv today.
Video
I like my partner because...– Ultimate Love
The Love Couples shared what they like about their partners when they had their sessions with Aunty.
News
Aunty punishes Love Guests – Ultimate Love
Aunty has made herself clear on the type of behaviour allowed in the Love Pad, as a result punishment for Nkechi and Presh Talker has been issued.
News
Taking a page from Aunty's book - Ultimate Love
Not only did Aunty advise them on relationships, she's now become a reference of the Love Guests conversations.