News
11 March 2020
From unexpected reconciliations to loved up cuddles and playful banter, the worries around voting and Nominations have faded into the background
Subscribe to Watch

In days past, there's been a lot of shade getting thrown back and forth in Aunty's pad as our Love Guests try to position themselves as the ideal couple. That's why it was so refreshing to see so much funny and upbeat conversation this morning. We even saw a few tense relations thaw as everyone tries keep this temporary home, a happy home.

Nkechi and Theresa were left laughing histerically when Presh started mocking her bae for how IN LOVE he was when she first strutted into the Love Pad. David tried in vein to protest and suggest the feeling was mutual but clearly no one was on his side. In fact, his attempts to level the playing field made Presh go in even harder; "He looked at me like, "an angel of the lord come down to earth. I'm just extending the favour." David quipped right back saying he'd indeed found favour with God when their paths crossed and watching them interact who could argue with that? 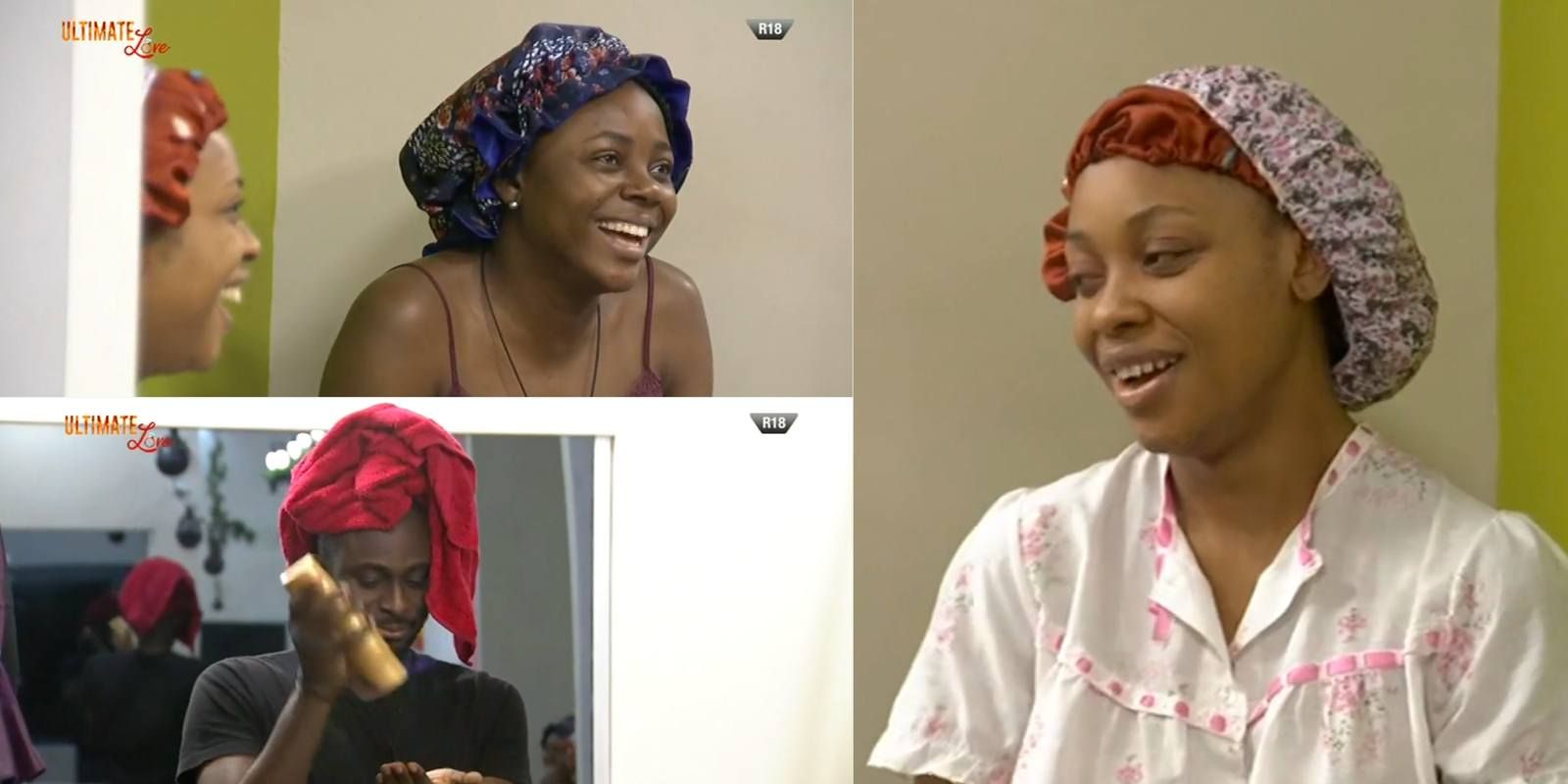 DoubleChris have really come into their own and seem to be getting more physically intimate than ever before. After an absolutely adorable handshake this morning, Chris proceeded to treat his girl to a very sexy lap dance that left everyone including the lady in question with their jaws on the floor. Now they're cuddled up on the couch and it wasn't lost on us that our girl, Chris was singing "Loving you is easy coz you're beautiful before she mediated in the garden this morning. It's lovely seeing their relationship blossom and the Twitterverse LOVES TO SEE IT!

It also wasn't lost on everyone watching that Chris rocked her man's beenie when she was chatting to Rosie in the garden a little later this morning... But wait, it get's better after the jump.

The conversation in questions was a heart-to-heart, woman-to-woman as Rosie and Chris opened up about the traumas of past relationships as well as what set Kachi and Chris Ville apart. Chris recounted how she'd dated mostly European men making a very close connection with a Dutch man over the course of a year though it ended in heartbreak. She confessed that she was falling for Chris Ville and was terrified of how easily he could see right through her and read her. That said, she'd already mustered the courage to tell him she's going to love him so much. 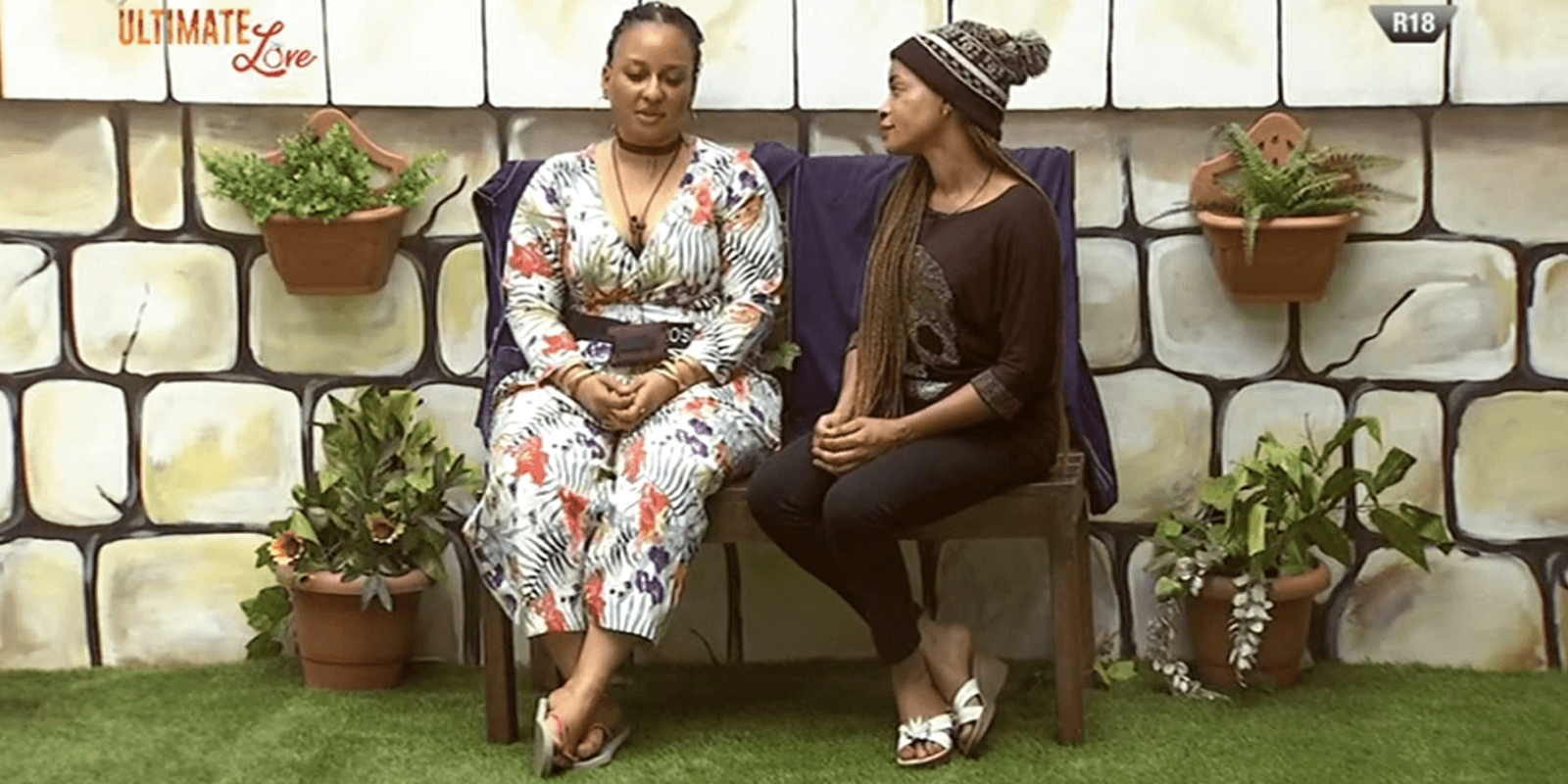 Rosie also chipped in about how shook she was when Kachi said "I love you" first. "What did you say?" Chris exclaimed. "I said thank you" responded a blushing Rosie before they both came to the agreement that it's irresponsible to say it back and not mean it. So where does she stand now? Rosie praised Kachi for being a strong, patient and present man who loved her even when she didn't see what was right in front of her. She is now definitely "in love" with him.

What was the highlight of your morning? Let us know on any one of our social platforms (linked below)

News
Don't miss the #DoubleChrisWedding!
Ultimate Love couple’s wedding set to air on DStv today.
Video
JayKech’s last steps in the Ultimate Love Pad
When a senior marketing executive and an engineer come together, they make magic. Little wonder why amidst initial distractions and temptations, JayKech’s love story was admired by many in the Love Pad. We can’t wait to see their relationship flourish outside the Ultimate Love game.
News
Whipping the Love Pad into shape! – Ultimate Love
Chiddy Bankz LOVES fitness and now he's helping our Love Guests realise their own fitness goals – But beware, he takes no prisoners
News
Aunty chats to the gents PART 1 – Ultimate Love
It's been an eventful week full of numerous, relationship milestones and so Aunty was keen to touch base with the men and see how they're feeling.