After 10 weeks of mind-blowing parties, we ended Turn Up Friday with a loud bang. The finale which took place on New Year eve had in attendance Energy Gad, Do2dtun, DJ Xclusive, DJ TGarbs and Maze x Mxtreme. Also in attendance were faves from the Big Brother Naija Shine Ya Eye House, Nini, JMK, Saga and Jaypaul who partied with us like rock stars.

As always, there was a DJ battle, but this time it was the finale. After 10 weeks of intense battles, it was finally down to DJ Aze and DJ Timbo. This was a keenly contested battle that ended with DJ Timbo earning the majority of the fan votes and being named Pepsi's Upcoming DJ of the season.What an interesting night. 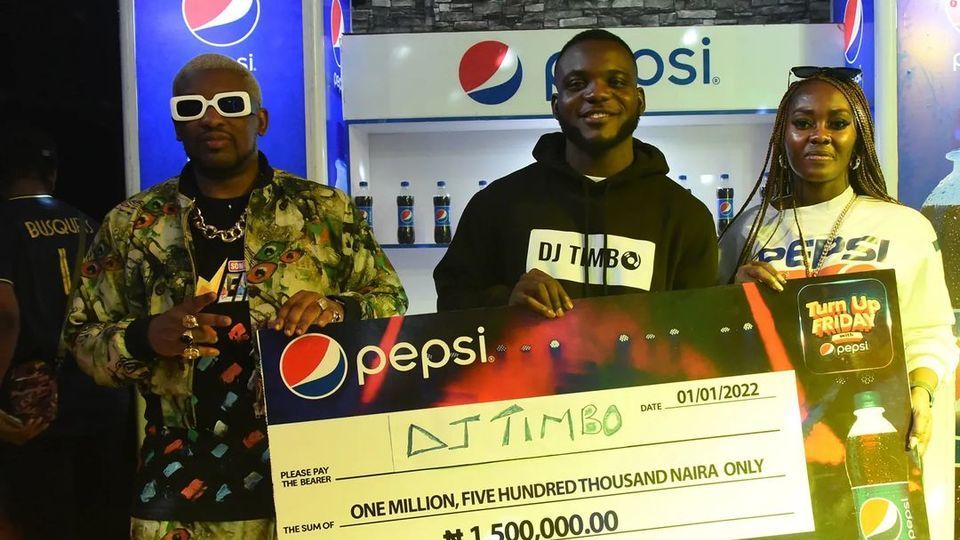 To cap it off, Falz the bhad guy made a guest appearance and had us all rocking to his chart-topping hits as we made our way into the New Year on a high. This was truly an epic season and a superb finale. It’s a wrap for Turn Up Friday for now, but the memories of all the great times we had will linger.

Video
DJ Bom wins this battle round – Turn Up Friday
It was a battle like no other between DJ Bom and DJ Caulcrik. They both battled it out on the decks for the title of Pepsi Upcoming DJ. In the end, DJ Bom came out on top. Here's how it went down.
Video
DJ Timbo is Pepsi's Upcoming DJ – Turn Up Friday
After 10 amazing weeks, we wrapped up Turn Up Friday with a lit New Year eve party and crowned DJ Timbo the Pepsi Upcoming DJ.
News
The Pepsi Upcoming DJ Competition returns!
Naija's favourite upcoming DJ competition returns to your screens, and while crowing the best in the game, we'll keep you happy and on your feet.
News
Five qualities that make Naija new school acts – Music Buzz
All the qualities of Naija artists that endear them to fans.