Live Show 2: Tweets from the fans

News
04 September 2017
Another Live Show, another week as the top Trend in Nigeria
Subscribe to Watch

As it has now become customary, The Voice Nigeria finds itself as the top most trend in Nigeria after the second Live Show. This has become a main staple for us every Sunday night leading into the new week and last night was no exception. 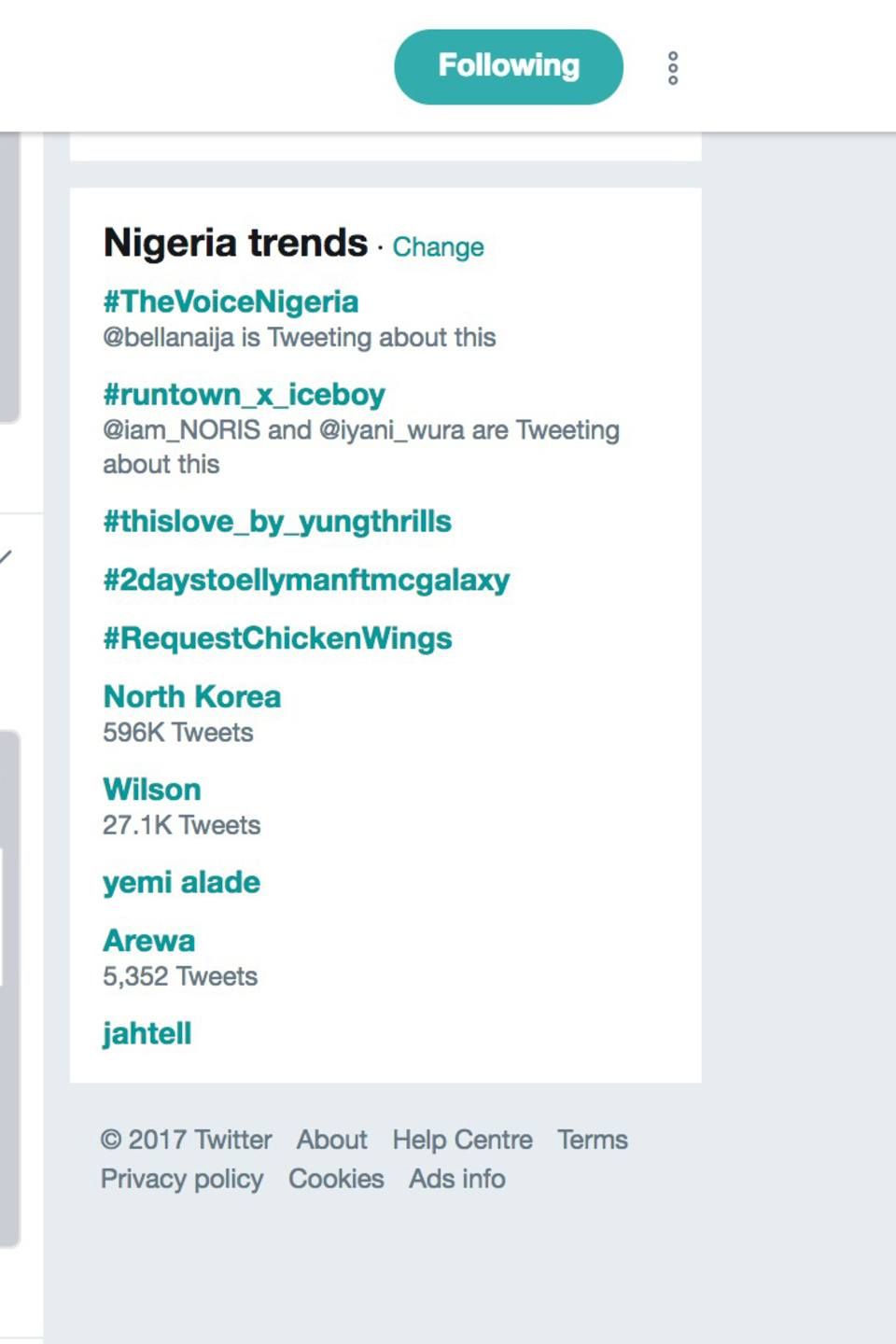 As usual, the tweeps had so much to say and it would be unfair not to acknowledge the fact that these tweets help keep the Show on top of mind every week. Some fans felt the need to declare their unwavering loyalty to their chosen favorites:

@thevoicenaija @bellanaija I think #TeamPato has all the stars... the winner of this season is coming from that team! #TheVoiceNigeria

The Voice Nigeria no try for this boy o.. i'll judge him based on his audition.. been drawing the short straw after then.. he's got my vote!

Some tweeps used their time to highlight their favorite moment on the night and didn’t seem to mince words about it:

The redemption of the live performances tonite.

A few fashion critics took the time to analyze the fashion statements made by the Talent:

And we can’t really talk about the tweeps without heralding some tweeps who felt compelled to use their timelines to send out a call to view just as the Show was about to go live.

We commend every single fan out there who take out time week in- week out to keep The Voice Nigeria top of mind. We also thank the fans who have showed their support for their favorite Talent by Voting to keep them on the Show.

As the week rolls through, we urge you not to relent in sending your Votes through as the Talent from this past Sunday will also need your Votes to stay on the Show.