A curious case of IK and his handshakes

News
04 August 2017
As the Battles commence, it isn’t all nerves and tension as the Talent step onto the Stage.
Subscribe to Watch

The build-up to the Battle rounds has seen all the Talent who have made it so far deal with a variety of emotions. From nervous energy to anxiety, from uncontrollable screams and shouts of joy to overwhelming relief; our Talent sure have endured a great deal; albeit so far.

With our host with the most, IK spearheading the proceeding as we kick off the Battles, we see him exchange curious handshakes with the Talent just before their duel. The second Battle pairing had a different yet equally eye-catching handshake with our host. By the third and fourth Battle pairing, it is very evident that IK and the Talent have had some sort of rehearsal with these handshakes. So, our amebo-self has decided to have a small chat with IK in a bid to get to the bottom of these handshakes and understand where they originated from. 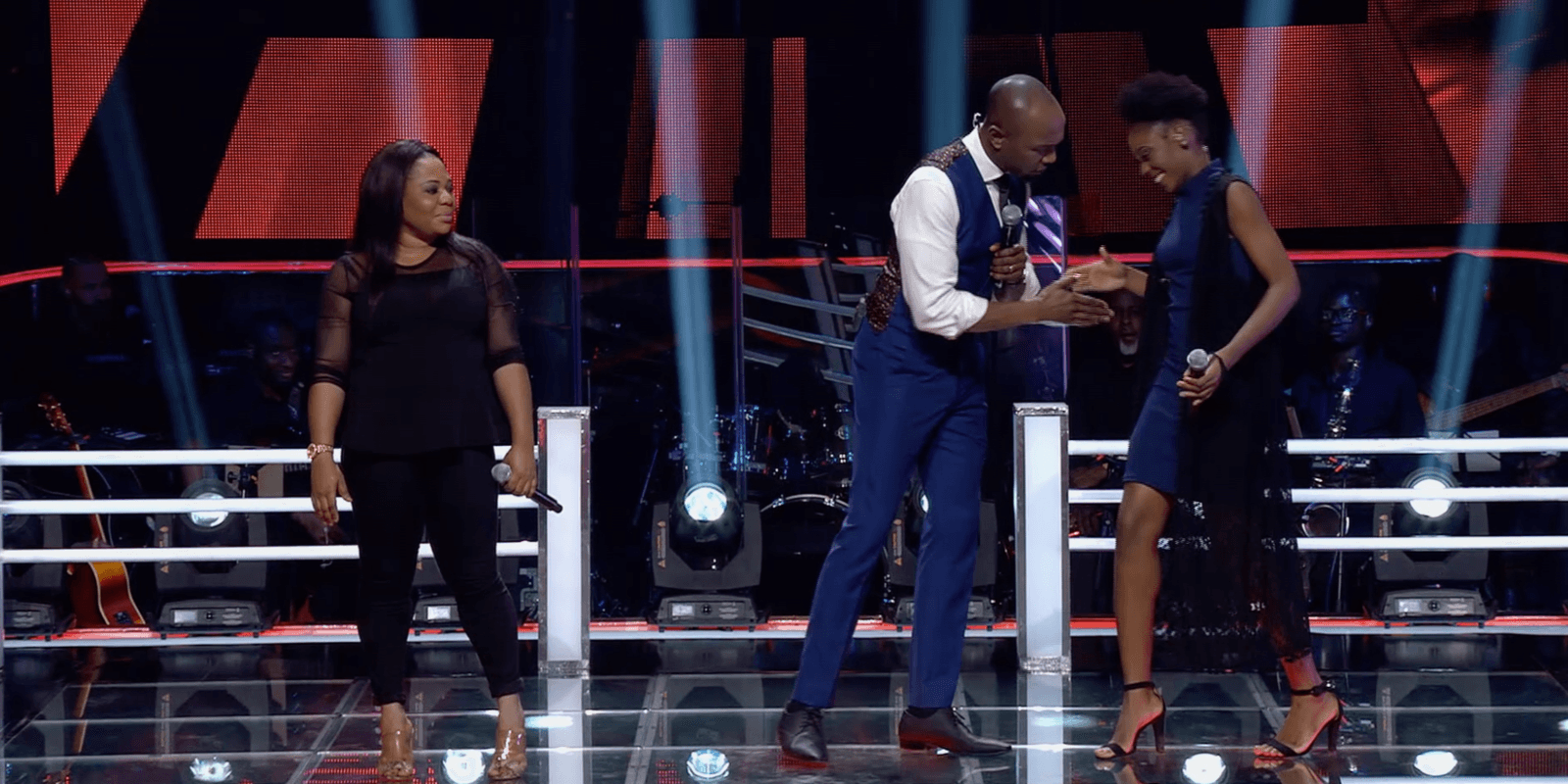 Who came up with the idea of the handshakes?

I came up with the idea. Though each Battle pair took part in making the handshake unique. Some of the Talent wanted to go complex with the handshakes, while others wanted something simple but special. It was just my way of forming a connection with the Talent. I know just how traumatizing it can be to stand on a stage to entertain people who are busy judging your talent. So I wanted them to feel like there’s at least one person around who’s got their back no matter what. 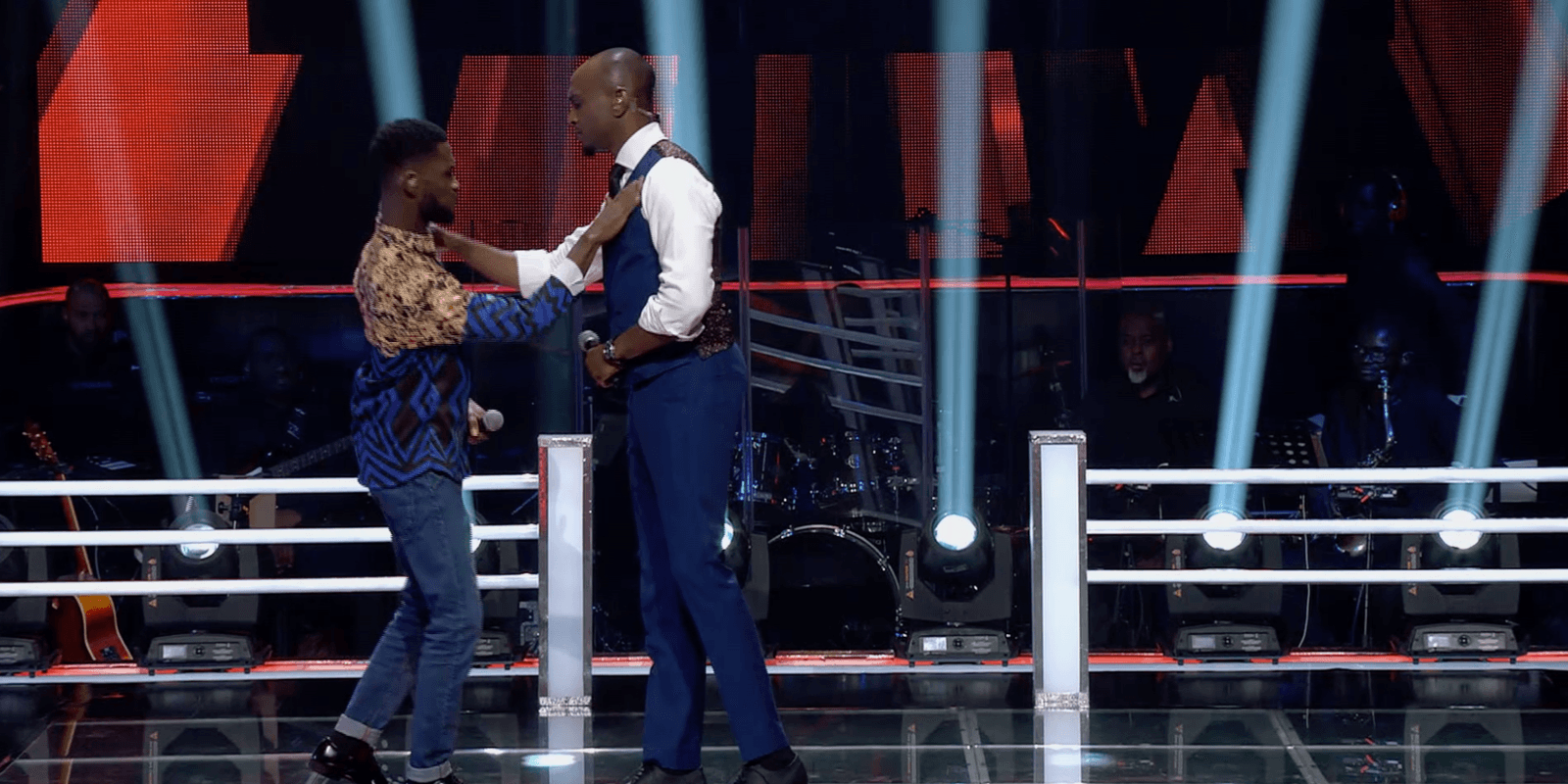 Did you realize how popular the handshakes were going to be, or if people would even take note of them?

No I had no idea that people would like the idea. I really wasn't doing it to entertain. Though it's nice to see that people at home were feeling the handshakes too. I've had a few people tell me how cool the handshakes are. And I've noticed quite a few comments about them on social media. 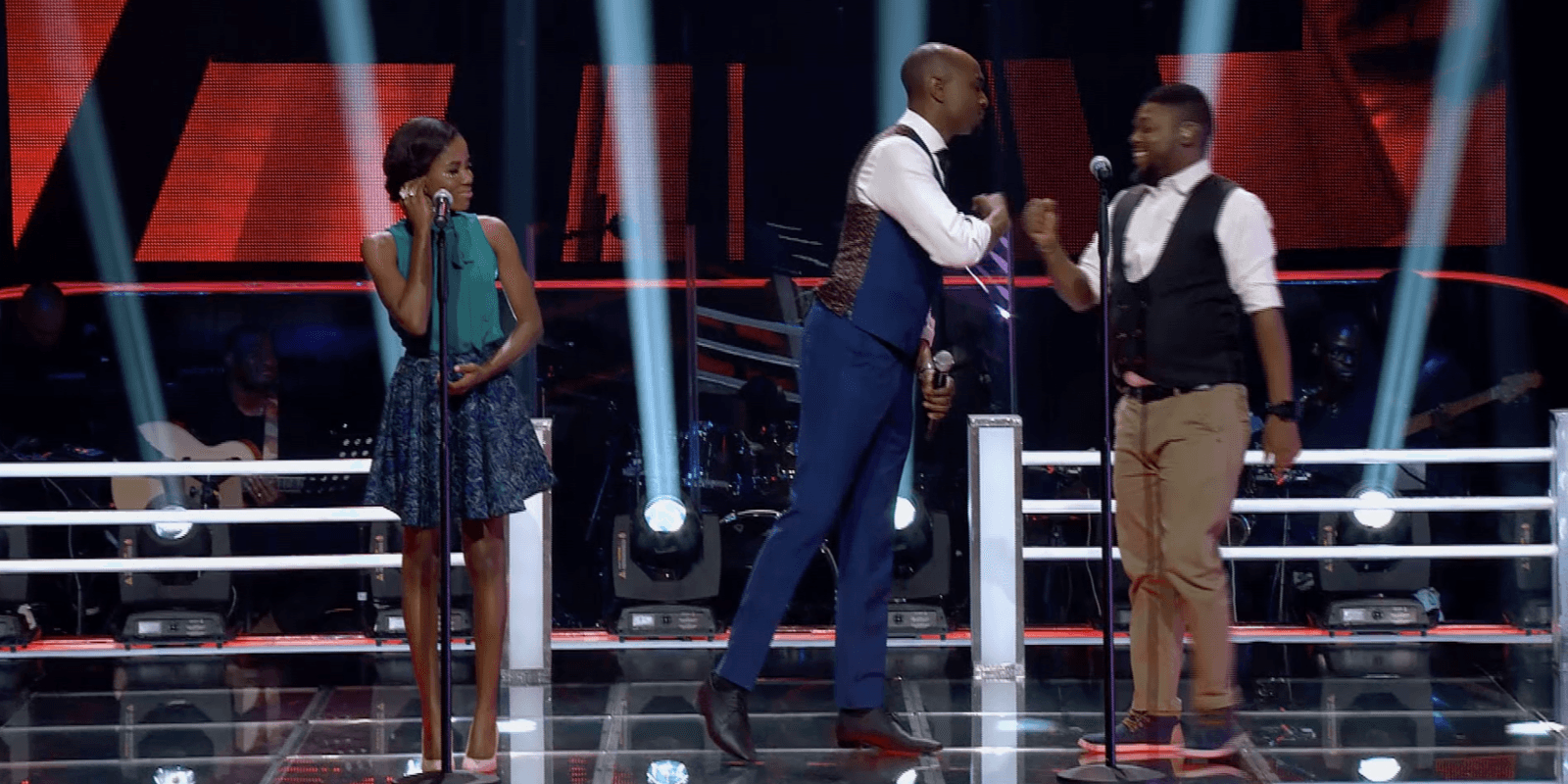 So, we noticed you had 6 different handshakes for all 6 different pairing; is this something we are going to see throughout the Battles phase?

What makes each handshake special is that it shows each relationship is different. If the handshakes were generic it wouldn't give the Talent any sense of uniqueness.

Yes the handshakes will keep going throughout the Battles. We (the Talent and I) have grown to like them. 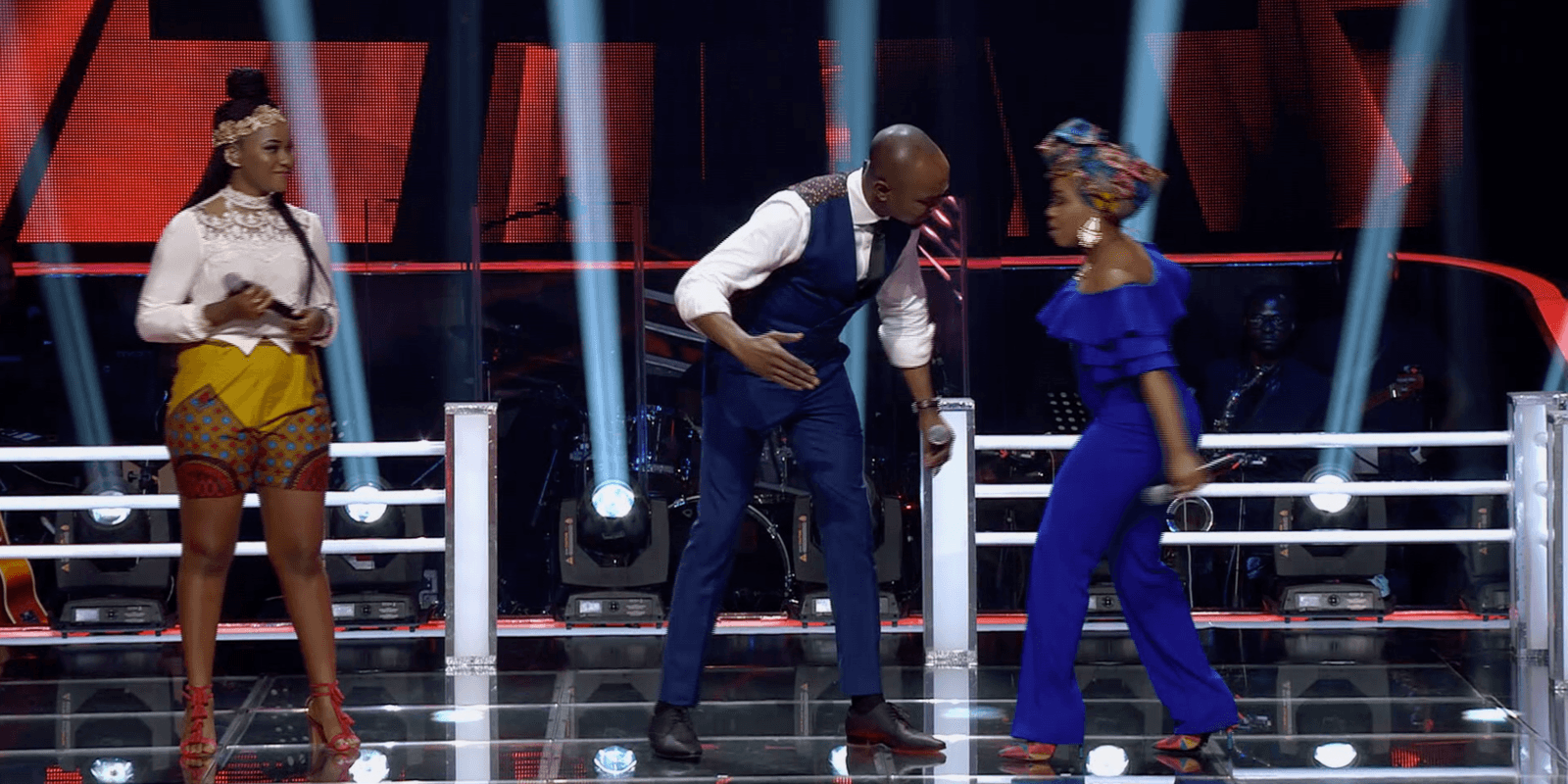 How accommodating were the Talent to learning these handshakes, and did it help in calming their nerves before the Battles?

The Talent were definitely up for it. A few of them were a bit worried that they wouldn't remember it, but they certainly wanted to do it. Once we got the hang of the handshakes, they became our little trick to helping the Talent catch their breath and relax on stage just before doing Battle. Also, the handshakes were the same for each pairing because we wanted to reduce the sense of competition between Battling Talent. The truth is that winning a Battle doesn't necessarily mean trying to outshine the competition. Rather, it's more about showcasing the best of your own ability. 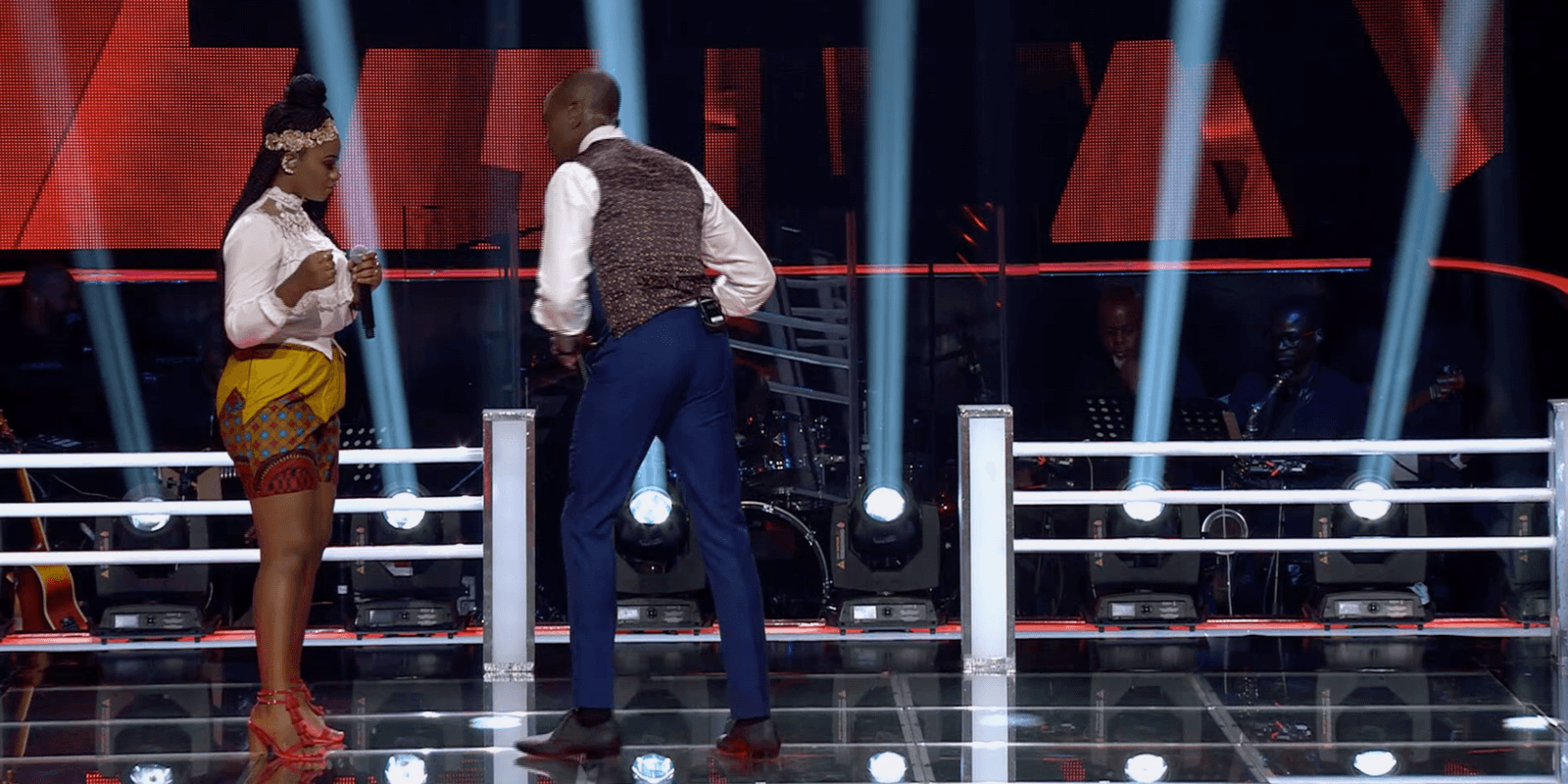 Any chance you could teach us a few of these handshakes, or are they reserved exclusively for the Talent?

I would much rather work on a brand new handshake with you guys than reduce the exclusivity of Talent handshakes :-). But yeah, we can definitely have a cool handshake too. 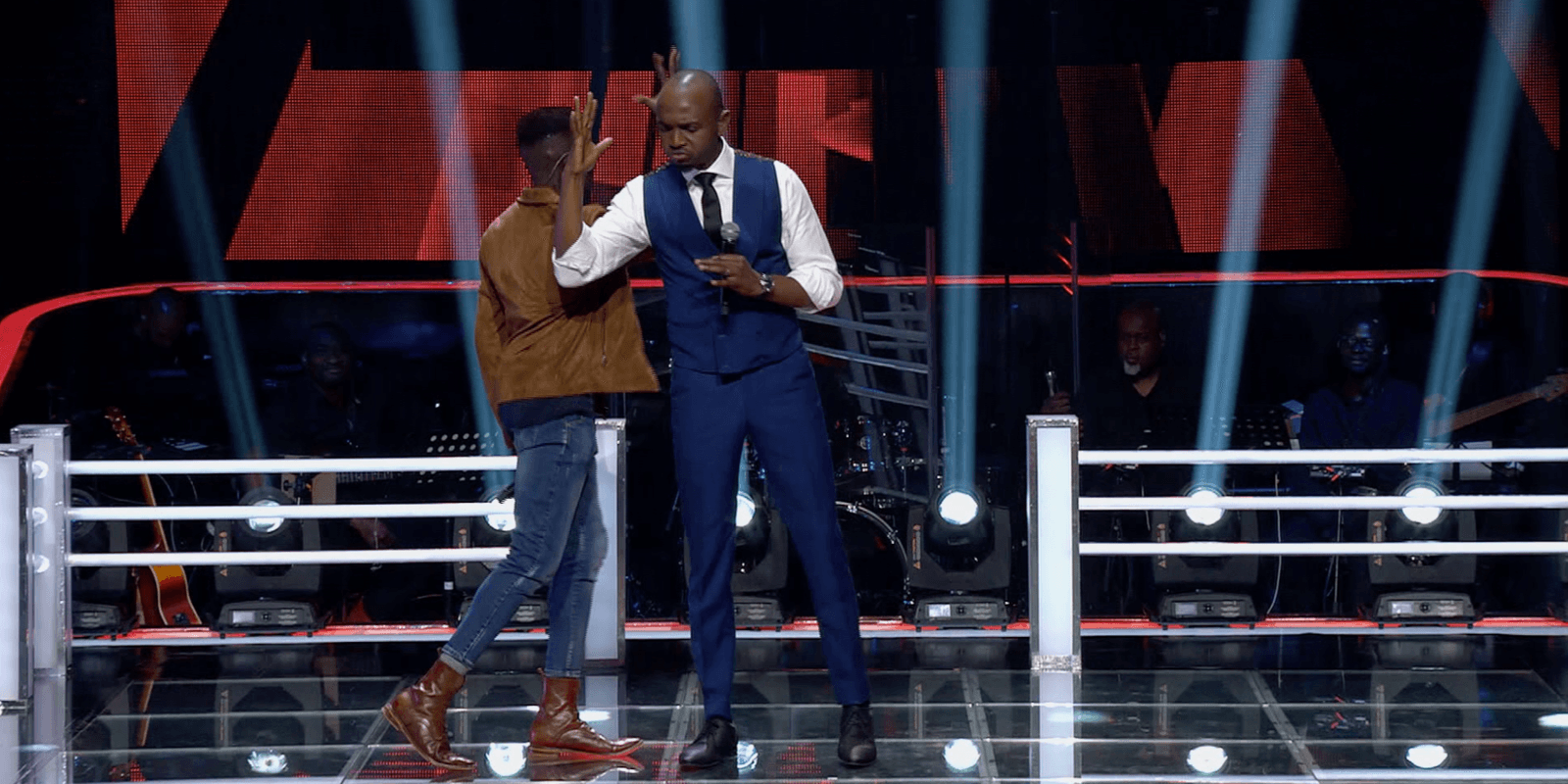 There you have it guys, IK has promised us more interestingly curious handshakes to come in the next couple of Battle Episodes and we can’t wait to see what levels of creativity we shall see from Ik and the Talent in this Sunday’s Episode. Also, he has committed to creating and teaching us our very own exclusive handshake which makes us uber excited.

Can you guys recreate some of the handshakes we have seen IK and the Talent pull off in the last Episode? If yes, why not upload a video of you and your padi dem recreating IK’s handshakes and post your videos below. Also, don’t forget to name the Battle pairing whose handshake you are recreating and use the #TheVoiceNigeria. Good luck guys.

Video
Augustine has big plans for his boo – DMF Nigeria
Augustine isn't a man that offers less when he comes to pleasing the one he cares about. He has big plans for Anita.
Video
August chooses his heartbeat – DMF Nigeria
Even though her family has differing opinions about him, August still chose the one his heart beats for.
News
Day 28: The curious case of Whitemoney's love life – BBNaija
A Whitemoney ship seems to be close at hand and we have got all the latest gist on it.
News
The curious case of Chief Donatos – My Flatmates
Bia, make we tell you all about the famous Chief Donatos