News
11 October 2021
Now we know that it’s the Waziri’s vs. everyone else
Subscribe to Watch

Just a few episodes into the show and there’s already a clear distinction between good and the evil duelling with it. There’s already been two murders and a robbery that may see a family drop from the city’s elite list to absolutely nothing. This one no be small thing, sha! Here’s what we’ve learnt about the show’s shady lurker so far.

At first sha, anyone would this Malik na correct guy for planning a beautiful surprise for his unsuspecting London babe and going on one knee after a beautiful speech about how he’s always known that she was the one. Bros shone like a diamond but quickly lost his glow when he reacted aggressively to Kanan tripping and falling while holding the cake that housed the engagement ring he planned on slipping onto Kaineto’s finger. 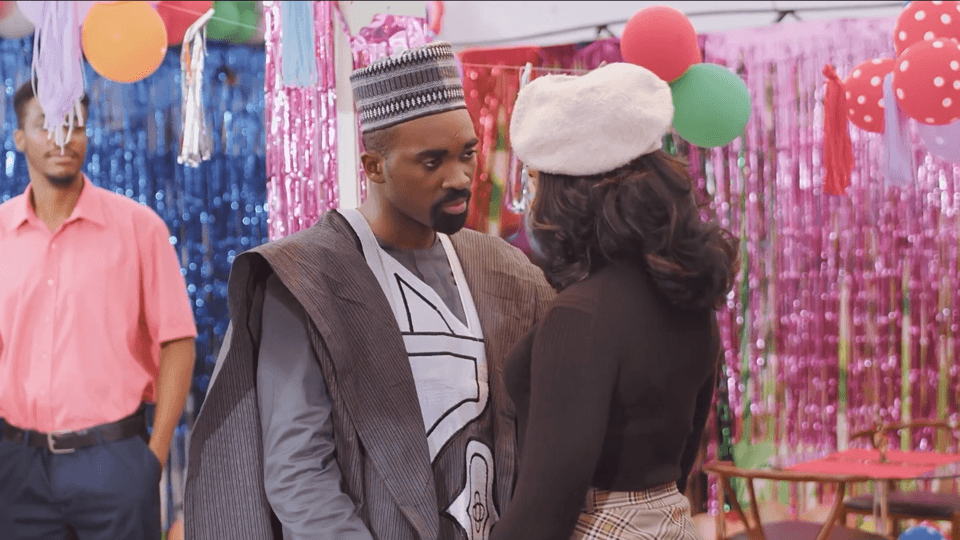 Right after leaving a bitter taste in our mouths, Malik went and cold-bloodedly murdered his father’s second wife’s twin sister using a hammer and buried her in their backyard (possibly). We assume bros was targeting his father’s wife for his mother’s sake but ended up killing the wrong sister. Or he may have done it to break his stepmom’s spirit. We don’t know, jare! 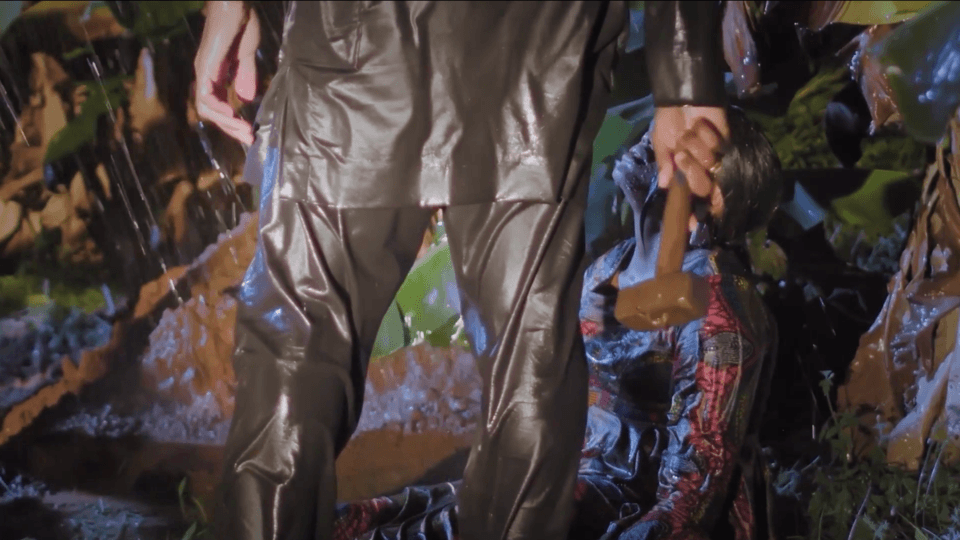 Then we have Farouk Waziri, the shrewd businessman that handles his partner’s dealings. On first contact, Farouk is confronted by one of his allies and accused of espionage. The man is obviously offended by the crime that had him lose millions of Naira and has decided to use force to get answers. Well, that didn’t go very far because Tanko, Waziri’s hip-close soldier gunned the gunman down and silenced the accuser on the spot. Basically, no one messes with the Waziris and lives to tell the tale.

Did we mention that Farouk wasn’t being falsely accused? Eheh! A few hours later, Adogwu Anolue learnt that his own shipment had been seized at sea, putting him in more trouble than a statesman facing fraud charges, and guess who went to a secret location for shipment viewing? Bingo! 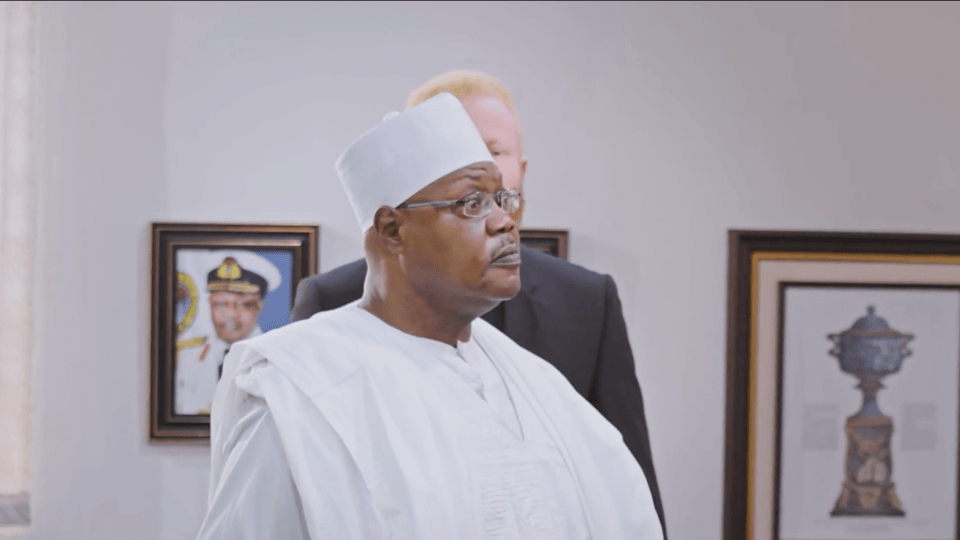 Our take is, Tawa was forced into her very traditional marriage with Farouk and for her now-grown children’s sake, she’s accepted her fate and plays as she’s dealt. But don’t just our word for it o! Now, judging by the conversation she had with Malik after he returned home from what was supposed to be his proposal party with Kaineto, it’s clear that Tawa shares her son’s shrewdness and will plot, kill, and do whatever it takes to get her (their) way. We even suspect that she knew that Malik planned to kill her husband’s other wife (or her sister).

Not a Waziri but is as bad as them. Mans and his boss have such a strange relationship, Farouk only needed to reach for his Subha for Tank to know that it was time to hit (they never miss) and boom, the gunman was dead. Chai! 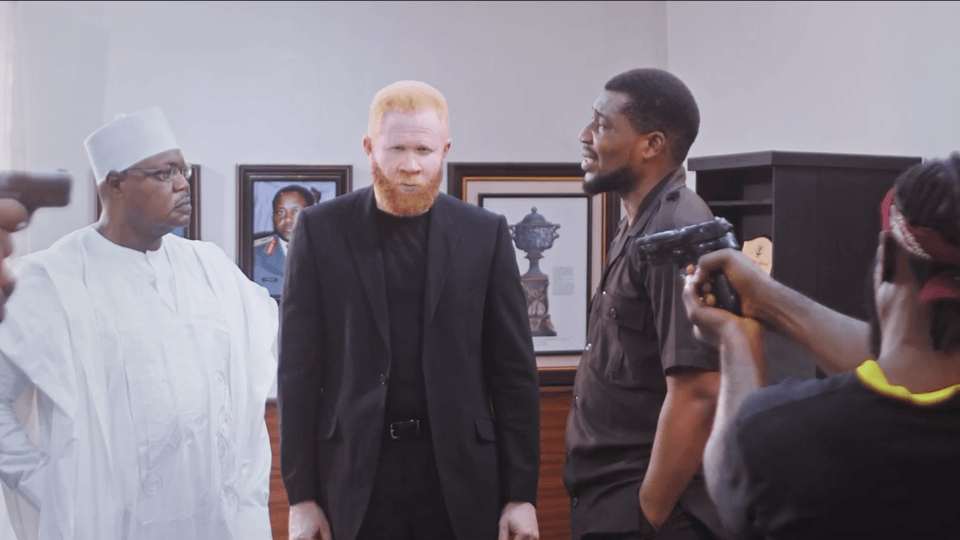 Watch Dilemma every weeknight at 20:00 on DStv CH 151 AM Showcase to see how the drama unfolds. Also available to stream on Showmax HERE.

Video
Mercy is boo’d up – Mercy What Next
Mercy has a new boo and she can’t stop blushing. She’s worried about the relationship moving fast because she really likes him.- -- Visit our website: https://bit.ly/3lXtAFc Watch more series and movies on Showmax, start your 14 day free trial here: https://bit.ly/2J4y52m Catch up on all your shows here: https://bit.ly/2J47fXO Follow Africa Magic Here: Facebook: https://www.facebook.com/africamagic Twitter: https://twitter.com/africamagictv Instagram: https://www.instagram.com/africamagic
Video
Murderous Malik – Dilemma
After spoiling Malik's surprise proposal to Kaineto, Kanan is rewarded with some heavy slurs, and while he and Kaineto shared a moment of intimacy, Malik murdered a woman.
News
Africa Magic Set to Light up DStv Screens with Four New Drama Series from October
Plus, new seasons of Music Buzz, Turn Up Friday, Owambe Saturday and a spinoff to the Mercy & Ike show – Mercy, What Next?
Video
A twisted, bloody festive on Dilemma
Choose the joy of drama series this festive season! Watch all-new episodes of Dilemma every weekdays at 8.00pm WAT on Africa Magic Showcase DStv CH 151.