News
31 August 2021
Here’s how a few glasses of good wine got Temi talking smack about her mother.
Subscribe to Watch

It all started with Kemi’s disapproval of Temi and Peter’s relationship. According to Mrs Adebayo, Peter wasn’t good enough for her overseas-schooled daughter with a future much brighter than Peter could ever imagine for himself. It was obvious, however, that Kemi’s reservations were based solely on the fact that she had history with Peter’s late older brother, Hugo, and felt that Temi was treading too close to ‘home’. After a long while of pushing and pulling and seeing eye-to-eye, Temi allowed herself to get a tad bit too comfortable and threw her mother under the bus. Here’s how it happened.

While preparing for her charity showing and packing some of her designs, Temi ran into an old friend of hers and sparked a conversation that shouldn’t have led to an invite to the nearby lounge for a drink. The friend was a blogger and makes a living off likes, views and shares, while Temi is a spoilt rich kid who got a large social media following just by breathing.

To drown her sorrows, Temi joined Banke at a bar and the two got to gisting about the industry and its woes. Banke was looking for her big break and Temi just wanted a break. As soon as the drinks started flowing, Temi took to the stage and started bashing her self-righteous mother who thought very little of her relationship. Amongst the things said, details about Kemi cheating on her ex with Momoh and being a dominatrix stood out. Banke was so interested in these details, she asked for proof and Temi produced the images and video to verify. Empty glasses and jackpots if you ask us.

Though the story didn’t hit the TL immediately, Banke eventually used the information to get a quick buck and a few more likes. This decision, we assume, was fueled by news of SAN Momoh choosing Kemi as his first lady while moving towards occupying the highest seat in the state. The lead caused so much controversy, Cornelius, Bajo and their allies started blaming each other for the occurrence.

Kemi Adebayo’s name has been scratched off prominent lists and she and Temi are not on speaking terms. Momoh is slowly finding comfort in his ex, Ajoke’s embrace, and Cornelius now has the upper hand at her firm. Things are spiralling so much and so quickly; Kemi has decided to up and leave. 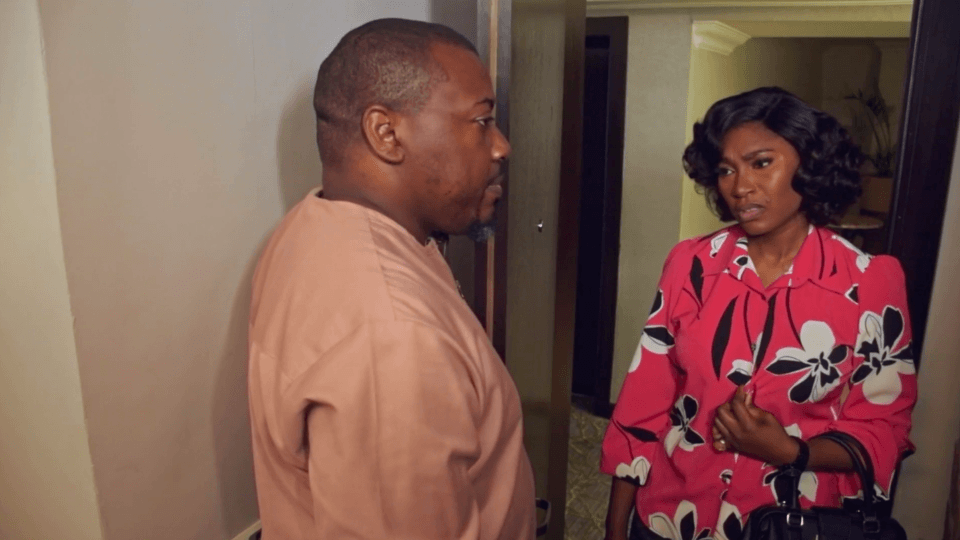 Watch Eve every Monday at 21:00 on DStv CH 151 AM Showcase to see if things go back to normal. Unable to enjoy primetime lounging? Catch Up on missed episodes on the DStv App.

Video
Temi is in danger – Eve
In order to protect her life and that of her unborn child, Temi needs the assistance of a surgical specialist as soon as possible.
Video
The blackmail – Eve
Peter's extramarital affair is about to be his downfall. He is being blackmailed with pictures of this sordid affair. Mekhi confronts Cornelius about an attempt on her life.
News
How Hector cheated death – Eve
We look at the repercussion of Hector’s return and where this places Adelomo and Toyole.
News
Why Kemi called off her and Momoh’s engagement – Eve
Here are some reasons why Kemi walked away from her relationship with Momoh