News
23 September 2022
The Housemates have given their final Wager but Biggie seems to be undecided about their fate.
Subscribe to watch Get Showmax

The Housemates presented their Wager in the Lounge today but it was preceded by anxiety and tense moments. The tension, however, remains as Biggie did not announce the Wager result.

Pre Wager tension
Right after the morning yoga session, most of the Housemates went to bed while Chizzy immediately went to work on some of the props that would be used for the Wager. This act of his may have been what aggravated him when the Housemates failed to beckon on his call for rehearsal. Bryann was busy ironing his clothes and this did not sit well with Chizzy who yelled at Bryann to get to the Lounge for the rehearsal. While yelling he continued saying “If you don’t go into the Lounge now. I swear, I swear.”

The tension between Housemates continued in the Garden as Daniella and Hermes had an argument over an act that Hermes should have performed at the rehearsal. Hermes argued he didn’t get a proper response to his request for the act from the Housemates hence he was not going to carry it out. While all the above happened, Chichi expressed her concern for the venue of the presentation saying she would have preferred the Arena but she wasn’t sure Biggie would grant them such because he had seen that they were not serious with their rehearsal. 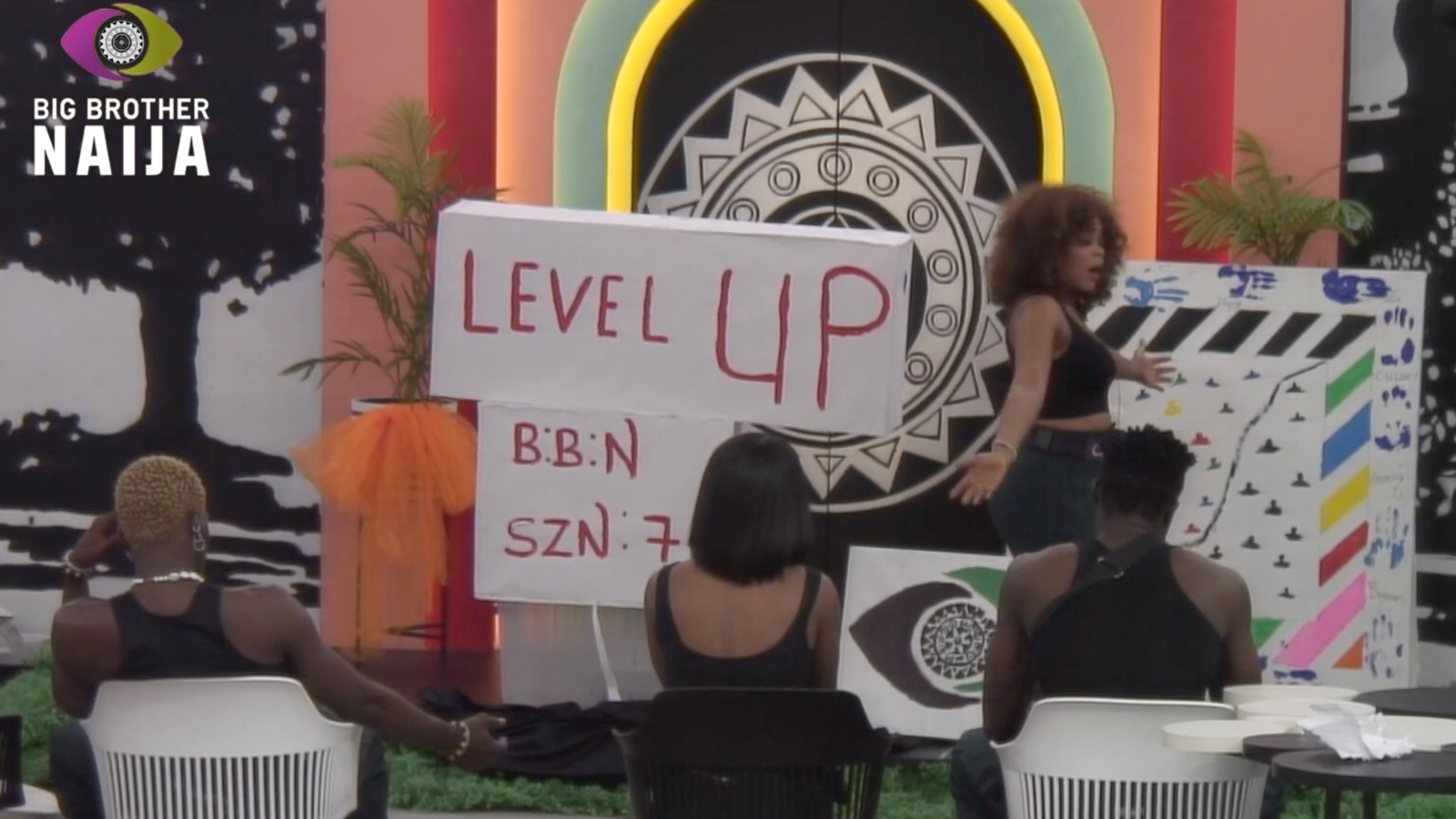 The cliffhanger
When the presentation came to an end, Head of House Chichi was called upon to explain the idea behind the artwork while Hermes, Rachel (Rider), and Sheggz were called upon to assess the presentation. Biggie then made his assessments giving the Housemates kudos for highlighting moments that brought them pain yet using them as a source of strength. He wasn't too pleased, however, with the song they sang. In the end, the Housemates were left with more tension as Biggie announced his judgement will not be given immediately.

This is the first time this season that Biggie isn’t announcing their fate right away. Whatever the case may be, we hope the hunger games do not resume in the last week of the season.