News
20 July 2020
It was a long first night in the BBNaija House and the Housemates have begun to get personal.

As the night wore on, the Housemates broke off into different factions. From those cooking together, to those working out and a few casually exchanging bants, the Housemates took time out to get to know each other better.

In a moment of honesty, Trickytee confessed he could never take on Eric. “Just looking at you like this, you look like you can fight,” Tricky Tee said as he owned up that nothing would ever make him take on Eric. The conversation soon switched to fighting techniques and if the principle of professional boxing could be applied to street fighting. They soon concluded that rules that apply to professional boxing don’t apply to the street. Prince even admitted that he doesn’t want scars so he will definitely be avoiding street fights. Maybe it was thought of fighting that caused Tricky Tee’s shoulder to hurt because he called on Dorathy shortly after to come and massage it. 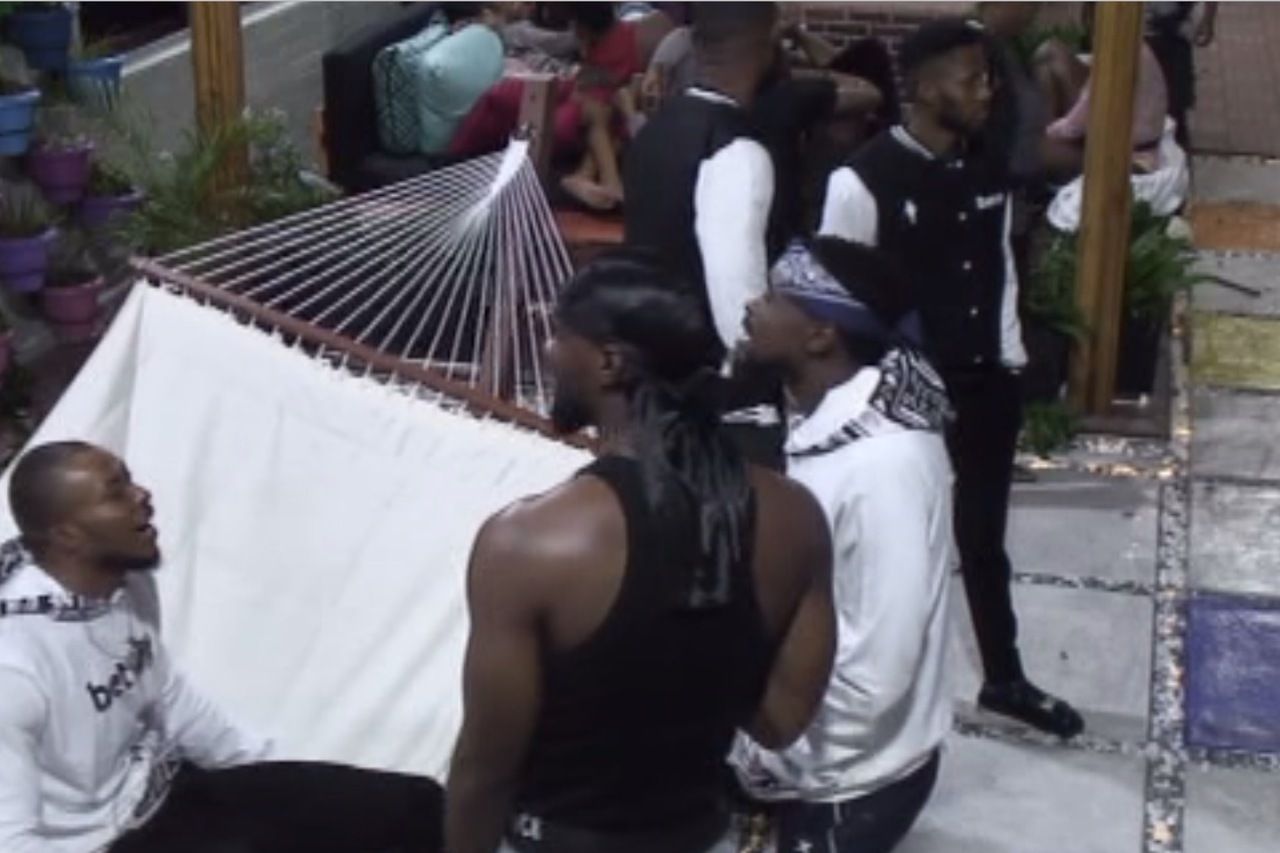 Neo gave the Housemates a tale of his humble background and how he didn’t have it so rosy making his way into the Big Brother Naija House. He regaled the Housemates about how he almost gave up brother urged him on and how he had to borrow sixty thousand Naira to make the trip to the House. His ‘Ghana must go’ bag further gave credence to his story. 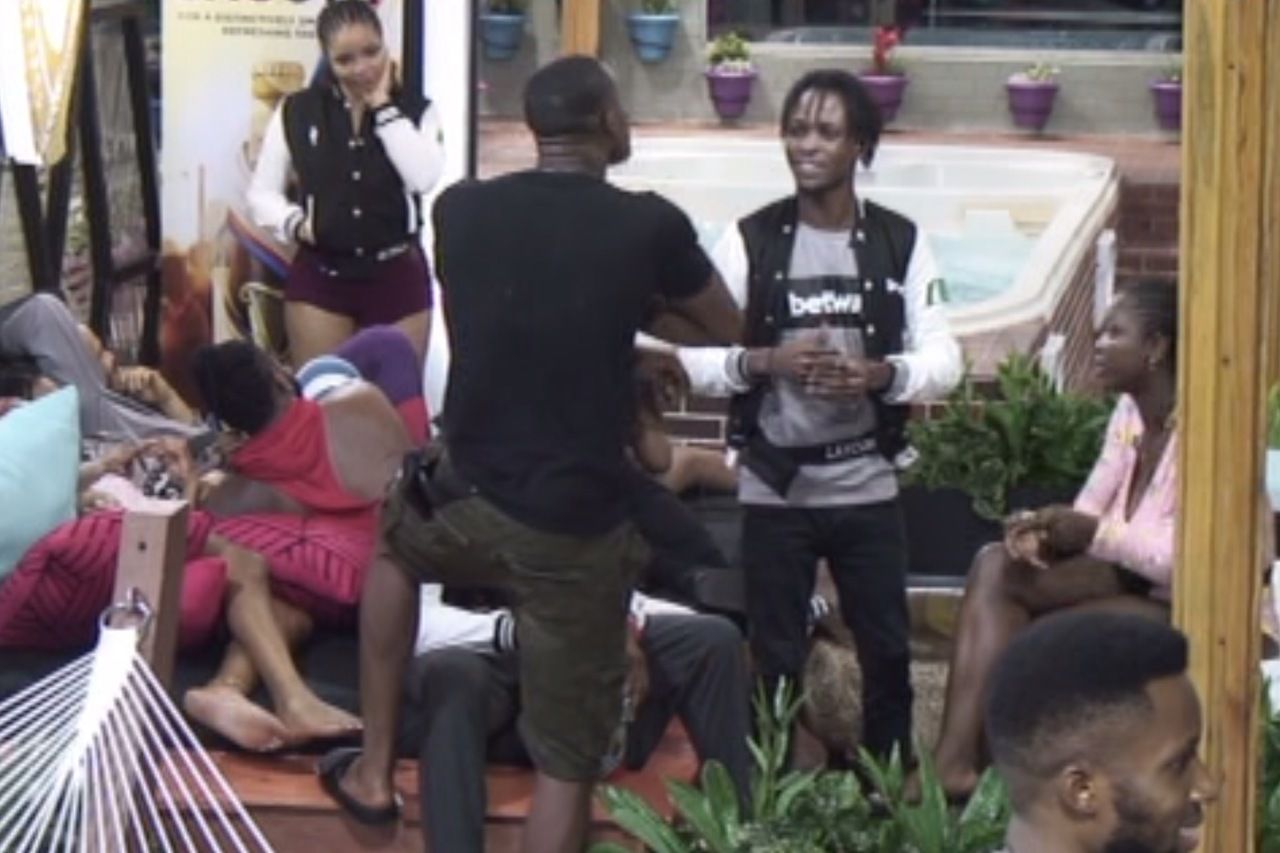 It didn’t take Praise long to live up to his profession of being a fitness and personal trainer. He got Kiddwaya, Tochi, and Eric to flex their muscles in sets of pushups. He even got Nengi to join in but she settled for a comfortable spot right on top of Eric while he did his set of pushups. With most of the male Housemates looking buff, the workouts will definitely feature a lot during their stay in the House.

From Ozo and Erica to Lilo and Eric, the Ships look ready to sail pretty early. Although Lilo was quite vocal about calling Eric her best friend, their slightly affectionate position told another story. Probably in a bid to know his true intentions or just making conversation, Lilo asked Eric about his plans for the girls in the House. His answer might have not been satisfactory, but she found comfort lying in his arms and that was all that mattered there and then.

The Housemates gave it their all on the first night in the House and they seem really hyped to be in the House. We can’t wait to see how much more they get to reveal about themselves and what dramatic twist and turns we will get during their stay.

Video
BBNaija Gist: “Chomzy is the only person in mind,” Eloswag – BBNaija
Eloswag tells us why he went for Chomzy and not Phyna and what he will venture into now that he's out of the house
Video
BBNaija Gist: Daniella on Khalid and Dotun – BBNaija
She was first locked in a ship with Khalid. She then seemed to be getting close to Dotun after the former got Evicted but she eventually struck an interesting fireship with Adekunle. She also counts her closeness with Bryann as a highlight in Biggie's House.
News
Launch: Word on the street — BBNaija
The streets of Naija social media are excited about Season 5 and they have so much to say.
News
Launch : All about good vibes — BBNaija
After an exciting Live Show, the Housemates have started adjusting to life in the Big Brother Naija House.