News
02 September 2020
The second part of the Oppo Task came through and the Big Brother Naija Housemates relied on their photography skills and imaginations to create the best portraits.

In part two of the Oppo Task the Housemates were required to take images of each other in their teams. They all did a great job, but there can only be one winner at the end of the day.

Prince and Trickytee decided to make Prince the model of their shoot for the first part as Trikytee settled behind the camera directing Prince who listened to his every ask. The pair used crates, a newspaper and strings as their props which Prince posed with effortlessly. 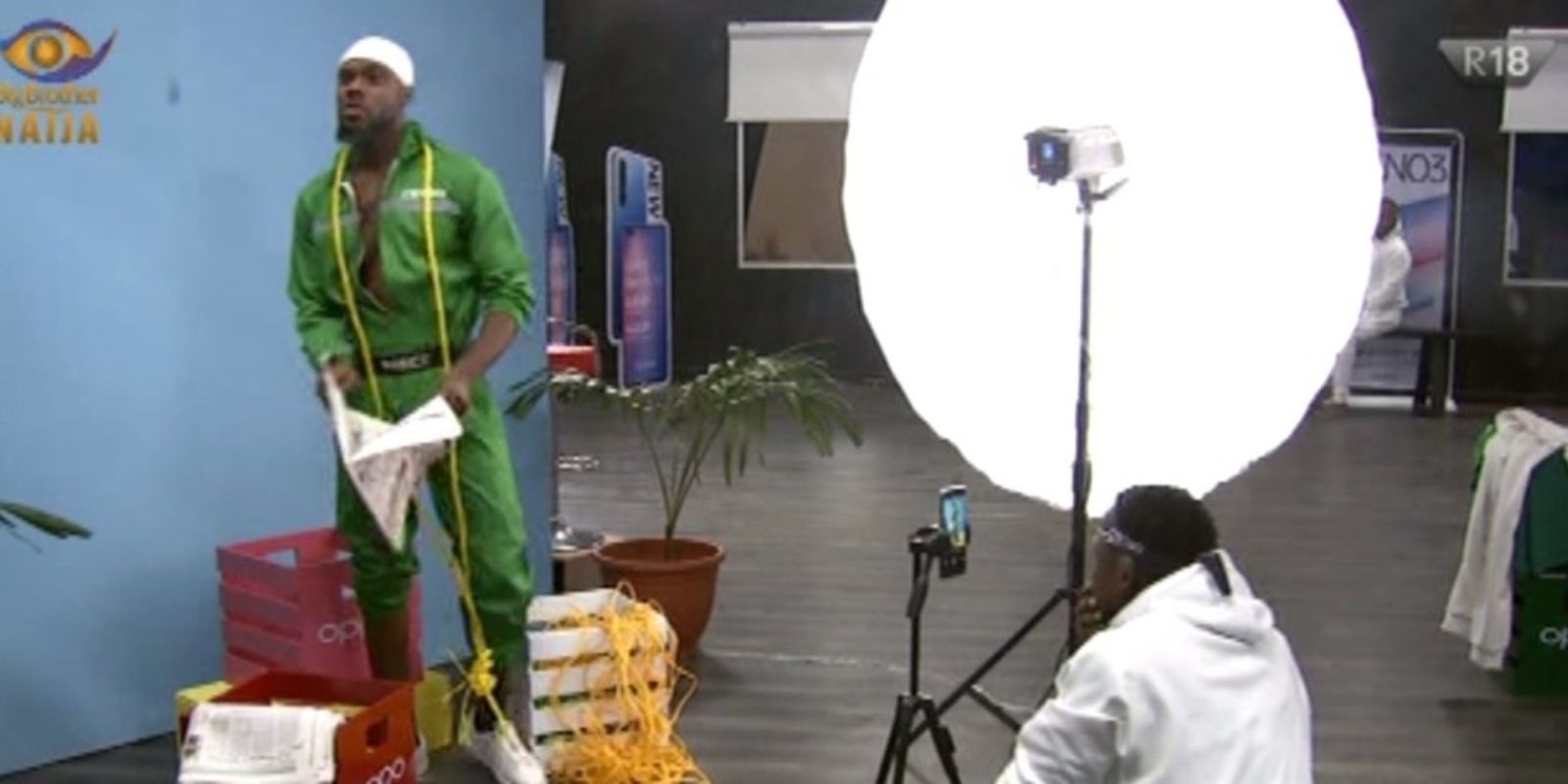 Ozo and Laycon took their task as a real team, appearing in every picture together. Ozo was responsible for the art direction as he would ask Lycon to do certain poses while he watched the phone to see how it would come out. Using their cards and crates, the team generated unified energy throughout the shoot. 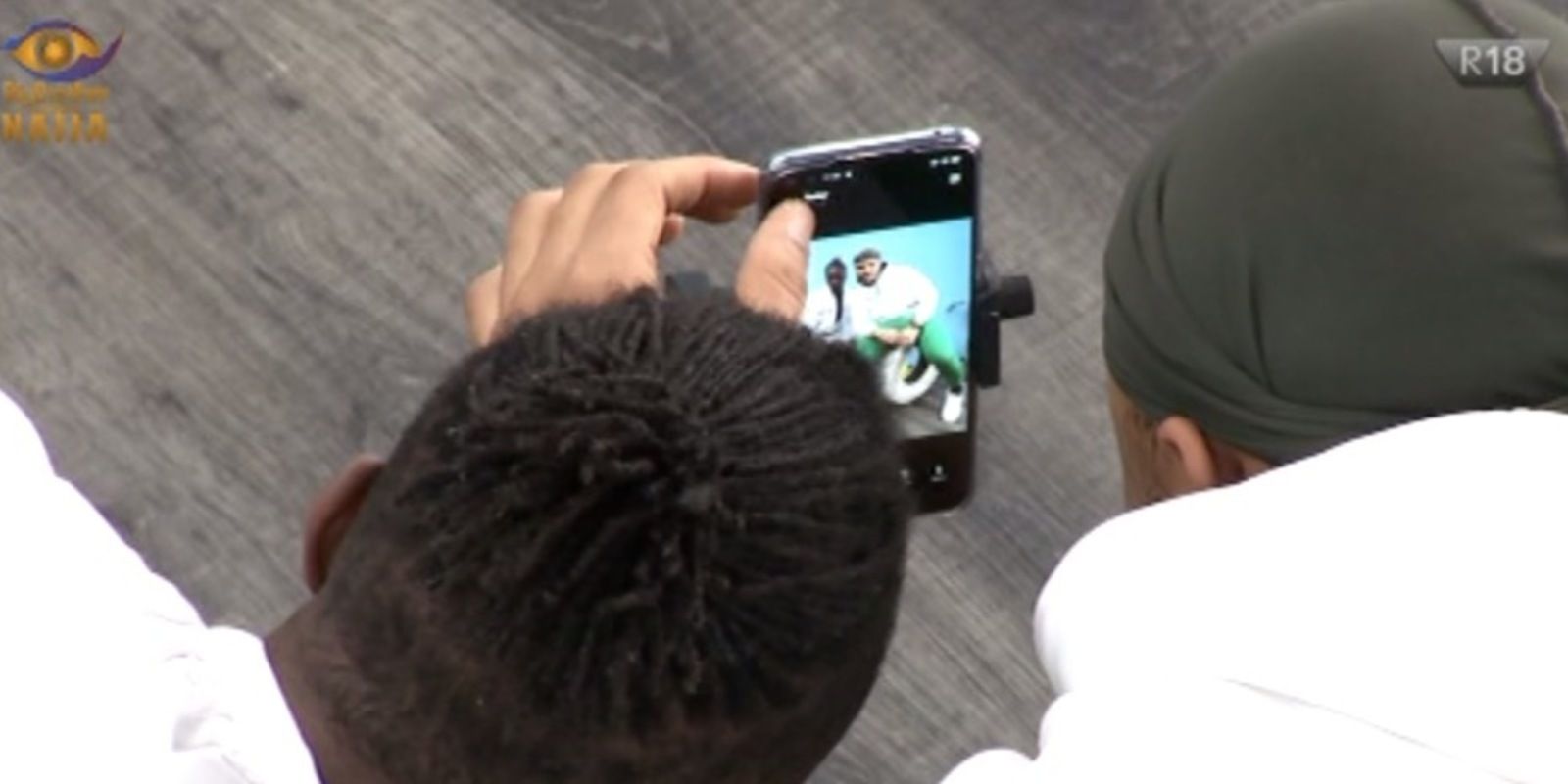 Dorathy and Kiddwaya had a raging time, making their photos look natural and easy. Using a motorbike as their main prop, they looked like the perfect ride or die. Due to the fact that Dorathy had to get onto the bike too, they enlisted the help of Trikytee to press the actual button to take the picture. The result was flawless. 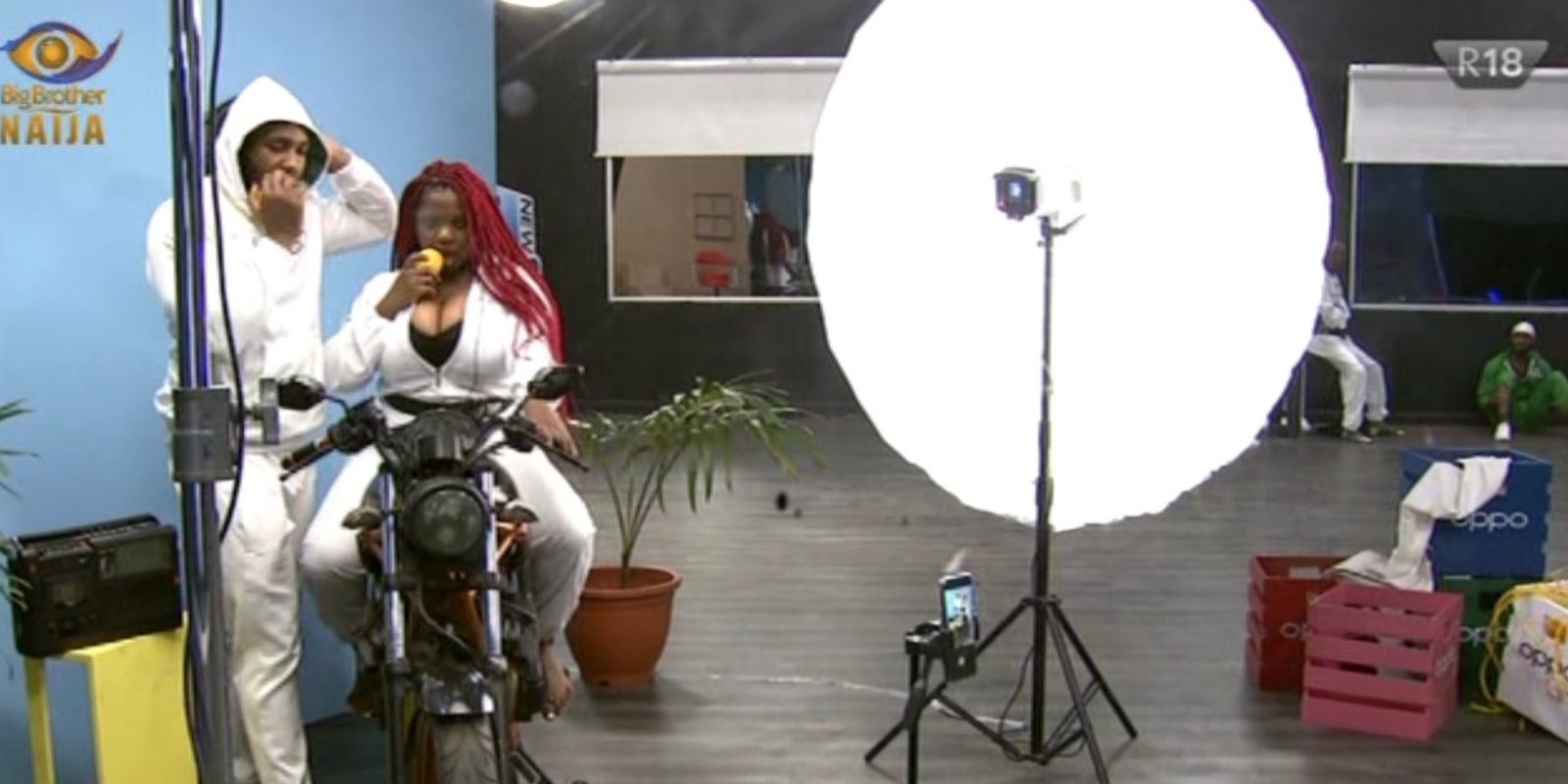 Lucy and Neo took their time to dress the set. Neo seemed to be panicking under the pressure, curating Lucy's every move as he curated his own. In the end, they seemed to have quarrelled through the whole shoot, and only the results will show how they performed as a team. 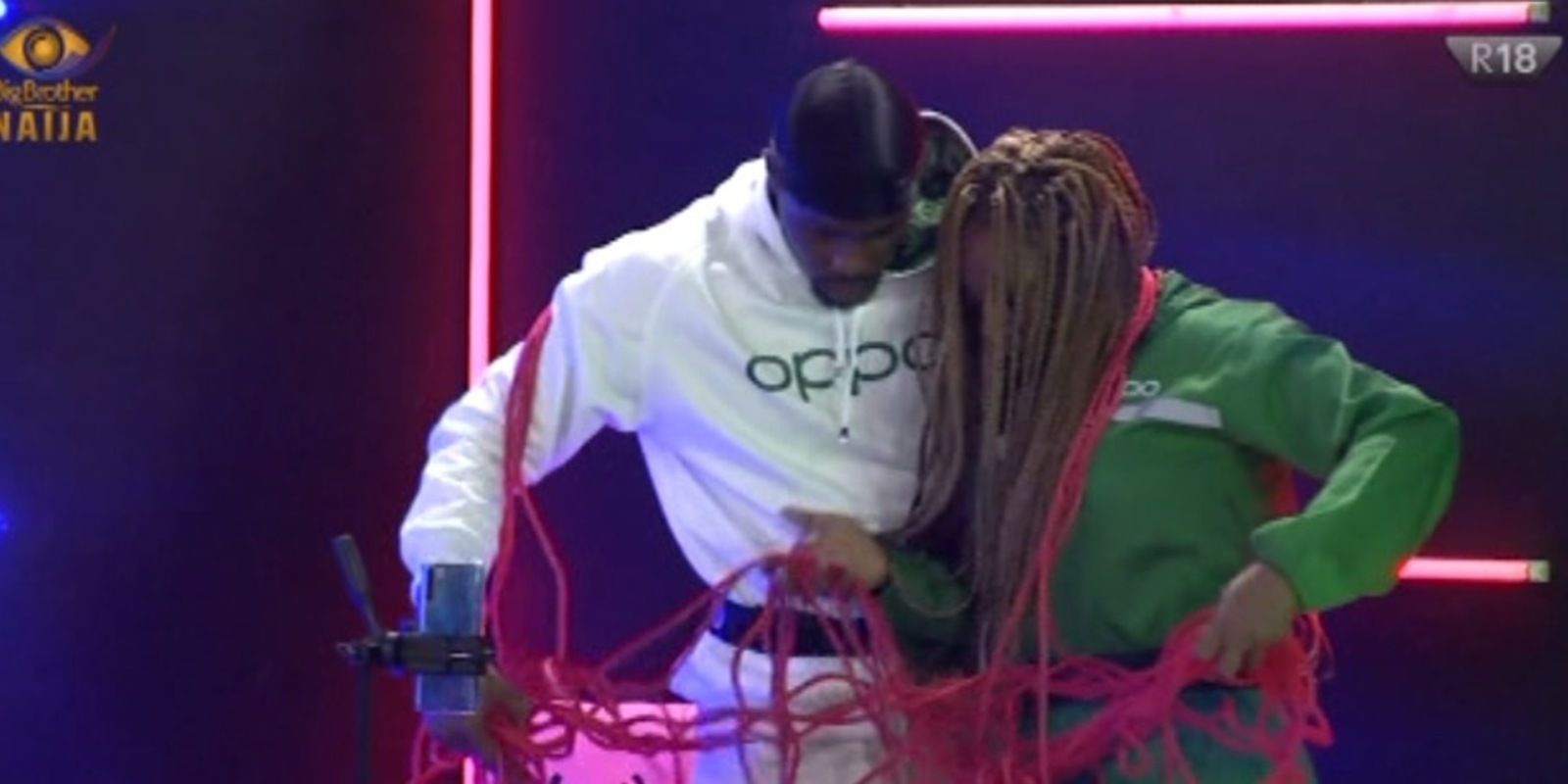 Erica, Vee and Nengi kept their cool and professionalism through their shoot. Though the ladies were not their usual selves with one another, they managed to partake in the tasks with no animosity towards each other. The team used a blown up doughnut and a ladder for their props, a random pairing, but the ladies made it work. 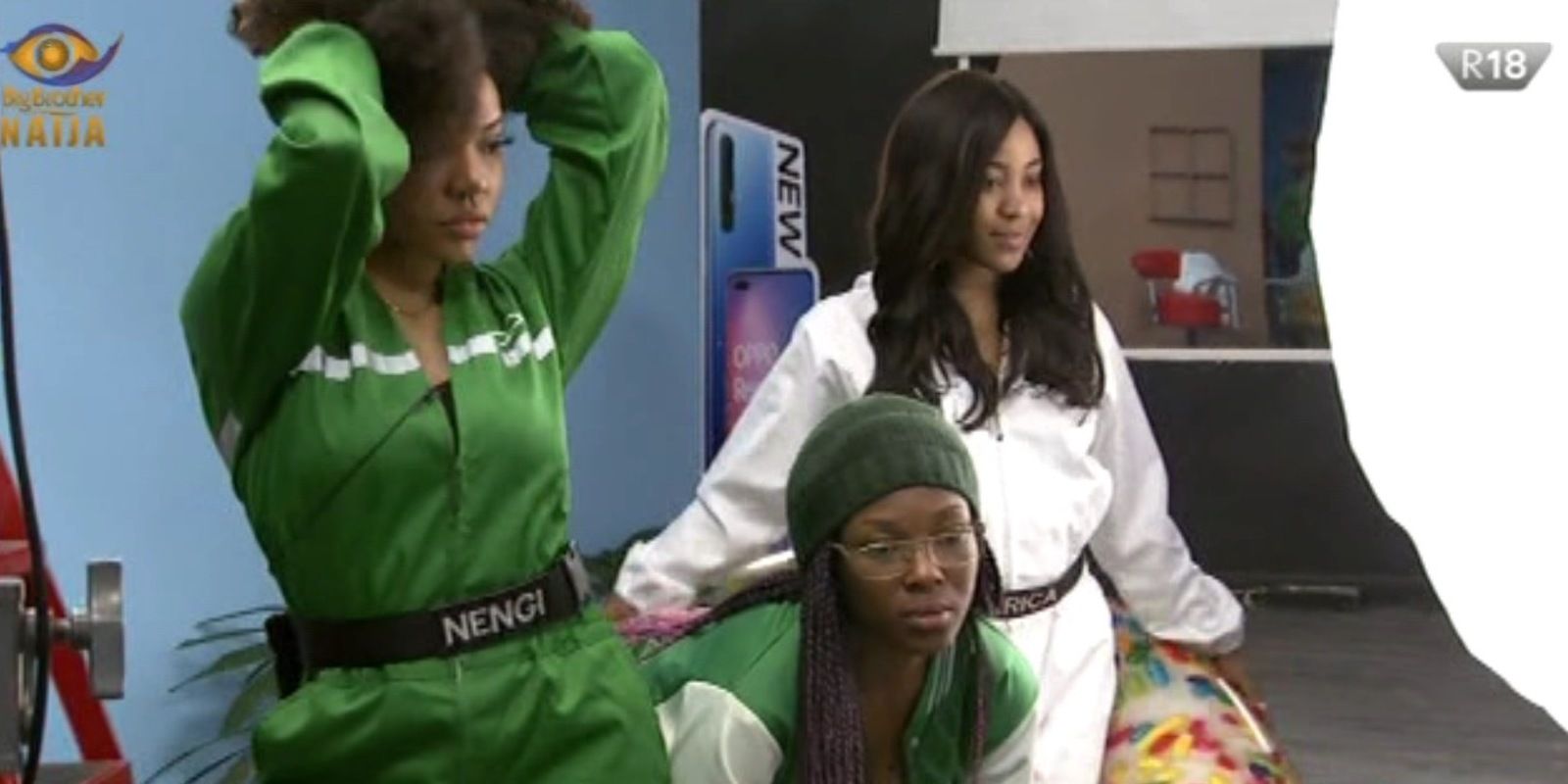 Congratulations are in order

Team Quadcam (Kiddwaya and Dorathy) were announced as the winners of the OPPO Deconstructed Photography Task. For winning this Task, they both won an OPPO Reno 3 phone each and a sum of one million Naira each. 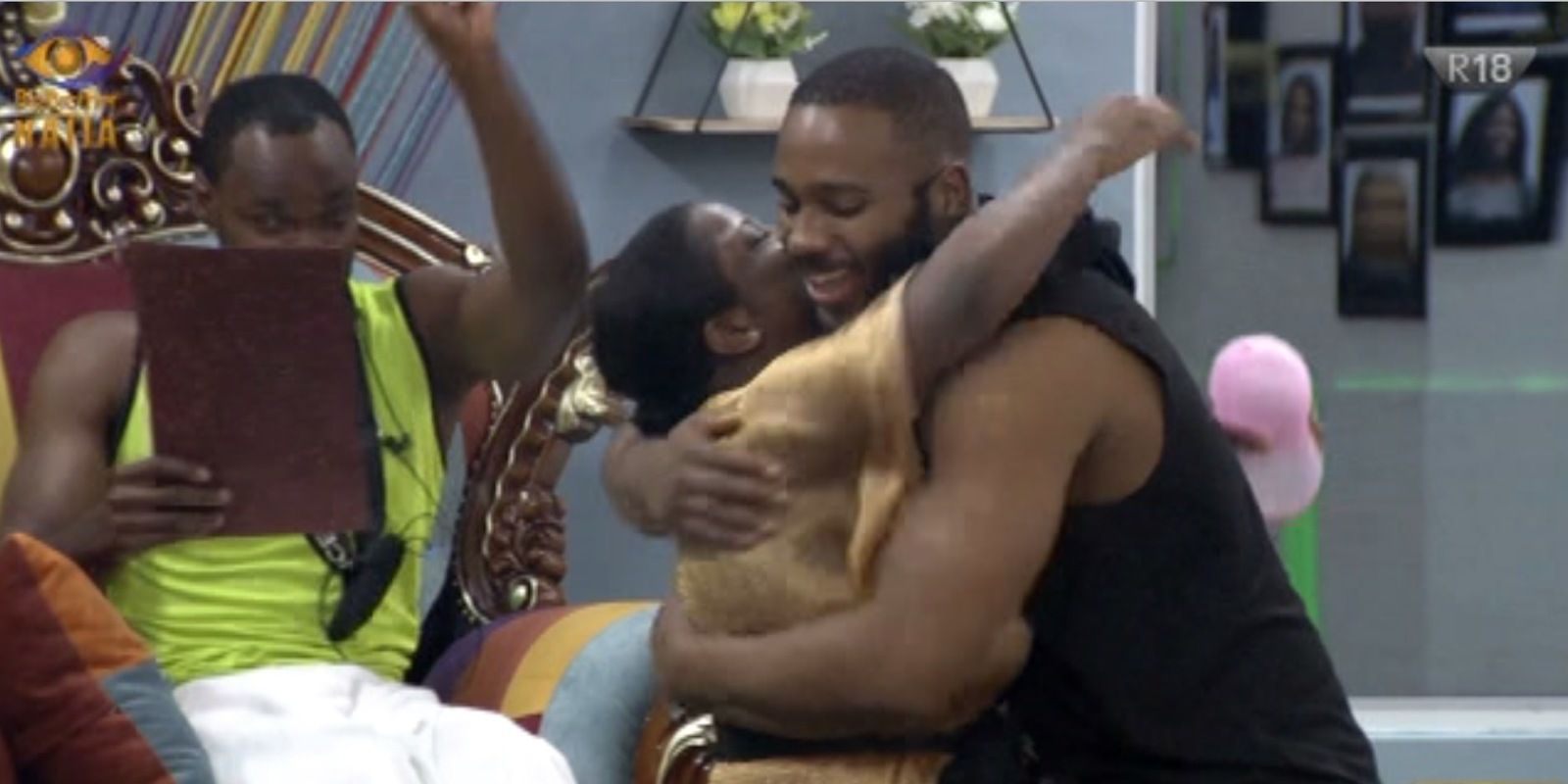 The general mood was light through the Task but was uplifted immediately after. As the Housemates were seated in the lounge they received words of encouragement from their friends, family and fans which definitely ended the first part of the evening on a high, all thanks to Oppo and Biggie!

Video
Day 69: Bryann loses his cool with Rachel – BBNaija
"I cleaned this place for six weeks. I clean after you people every single morning, yet come here and be chatting nonsense to me," yelled Bryann at Rachel who called him out for the dirty Kitchen.
Video
Day 63: Chichi is on a war path – BBNaija
"Stupid people open their mouth and ask me why am I calling a meeting," vented Chichi to Rachel. This was after Chizzy deliberately avoided doing his assigned chores putting Chichi in a bad mood.
Video
Day 45: Taking the perfect picture
The Housemates took part in the second part of the Oppo Task today where they had to take the perfect portrait in their teams.
News
Day 45: A spinoff feature
While waiting for the Oppo Task to continue, the Big Brother Naija Lockdown Housemates relaxed and slept. During this downtime, Neo, Kiddwaya and Trikytee discussed what they would do to Biggies House to make it more their vibe.