Day 20: Partying without a partner

Some things like booze and dancing were born to go together, and imagining them without each other is next to impossible. The same can be said for partying and having a partner to enjoy it with. When faced with the prospect of partying without a significant other, the solo Housemates all made up for what was missing, by having even more fun.

We have all seen those people who go to parties alone and support the wall all night by standing next to it, and there was not a single Housemate who filled that mould. Lucy was the first to break out from her usual protective shell as she danced more than she had at any of the other parties. She twerked on Prince, and when she couldn’t find someone to enjoy a song with, Lucy even went and danced with a statue. It was great to see Lucy enjoying herself for a change. 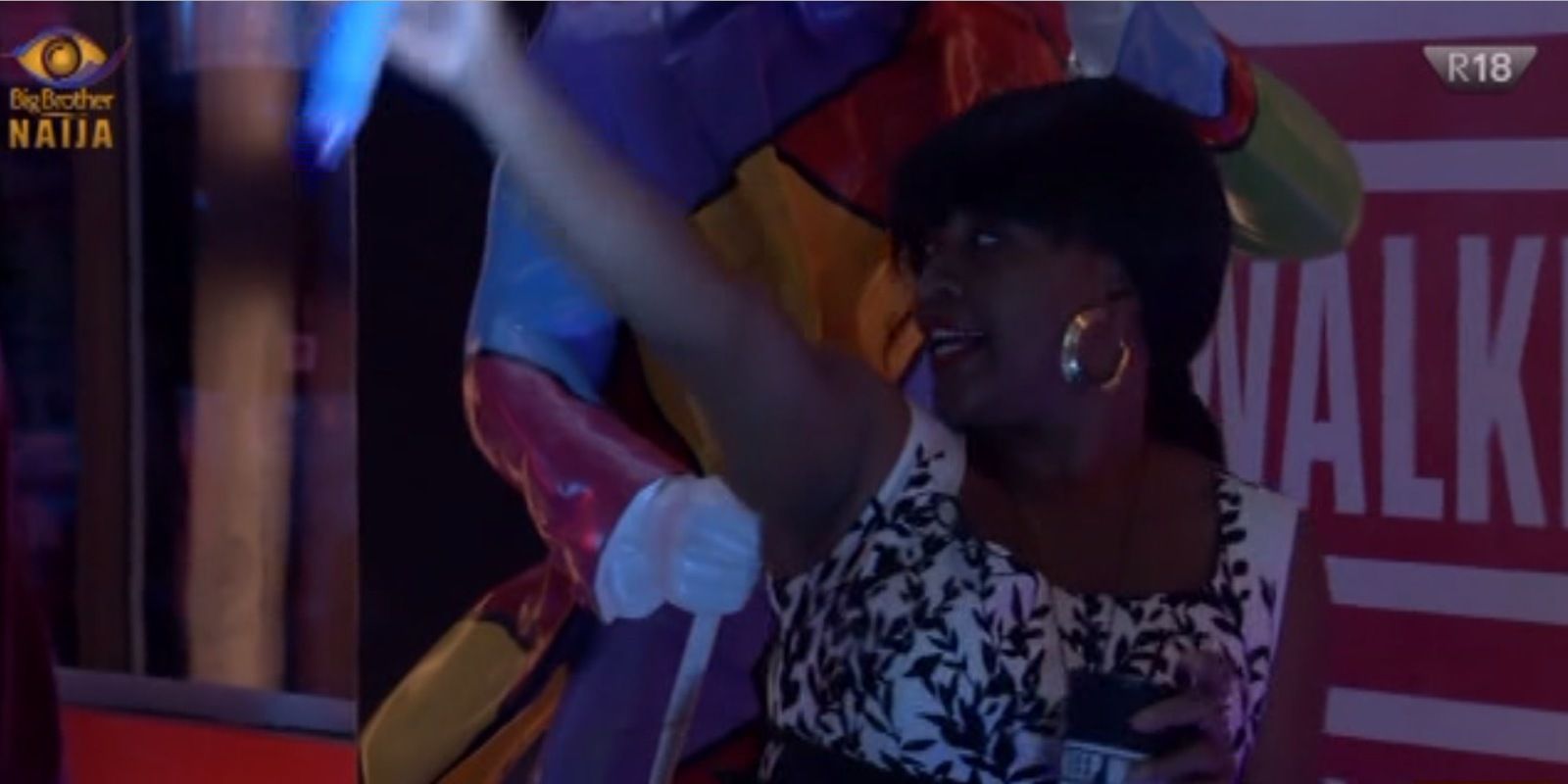 Brighto has never needed any help to have fun by himself and tonight he shifted his fun into sixth gear. His preparations were strong as he made sure that not a single drop of the warm-up presents they were given made it to the Party. This served as perfect preparation for him because once the Party hit the high time, Brighto was shirtless and singing along to every song. It seems that partying without a partner isn’t an issue for Brighto because as long as he has the beat and no shirt, the good times will come. 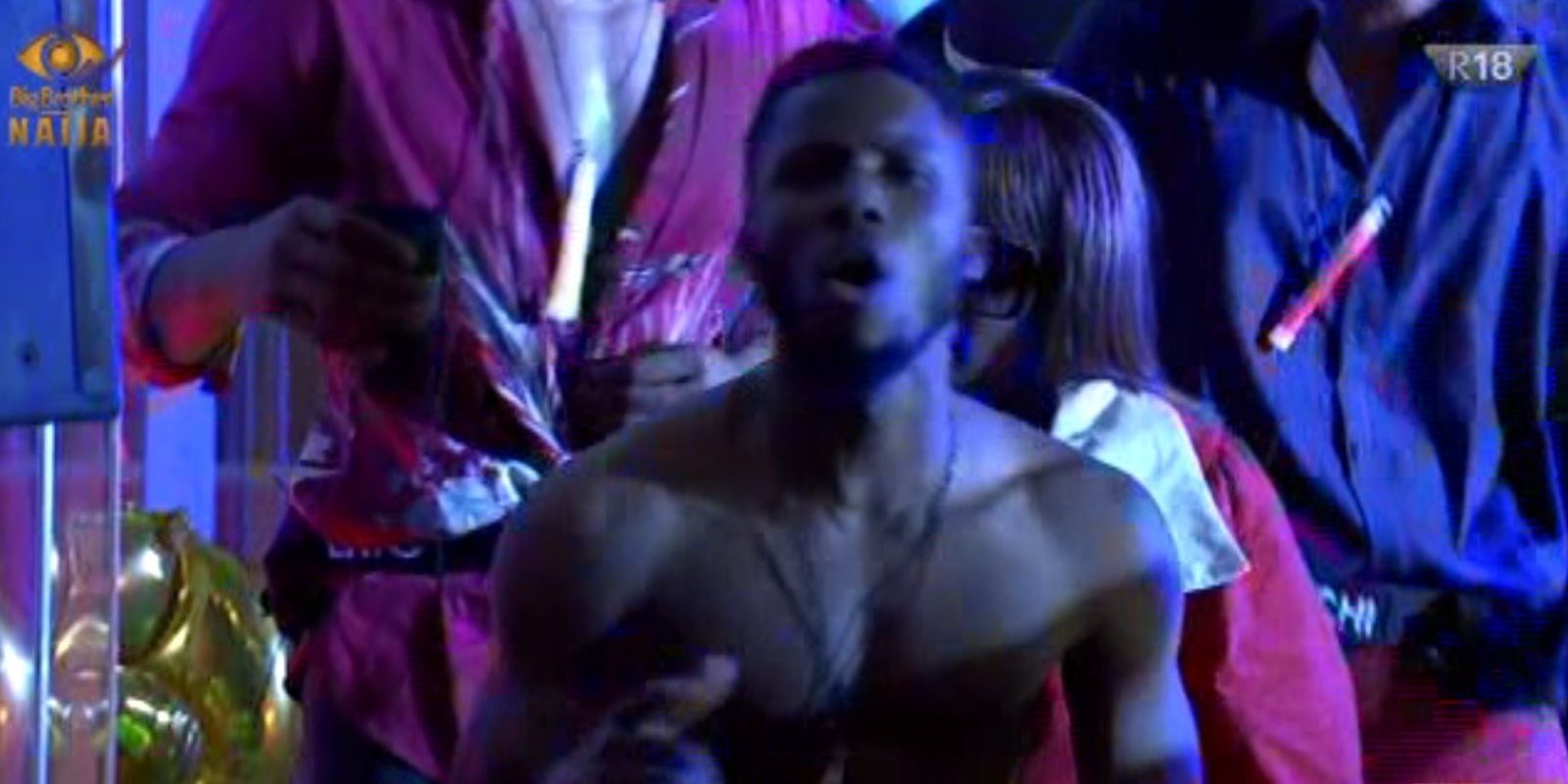 Of all the Housemates one would suspect of being boring at a Party, Kaisha has to be at the top of the list. She proved us all wrong by making sure every single song had a dance move, even though she had no partner to enjoy it with. She made up for her lack of a dancing buddy by borrowing Neo and enjoying him such that Vee had to drag him away. 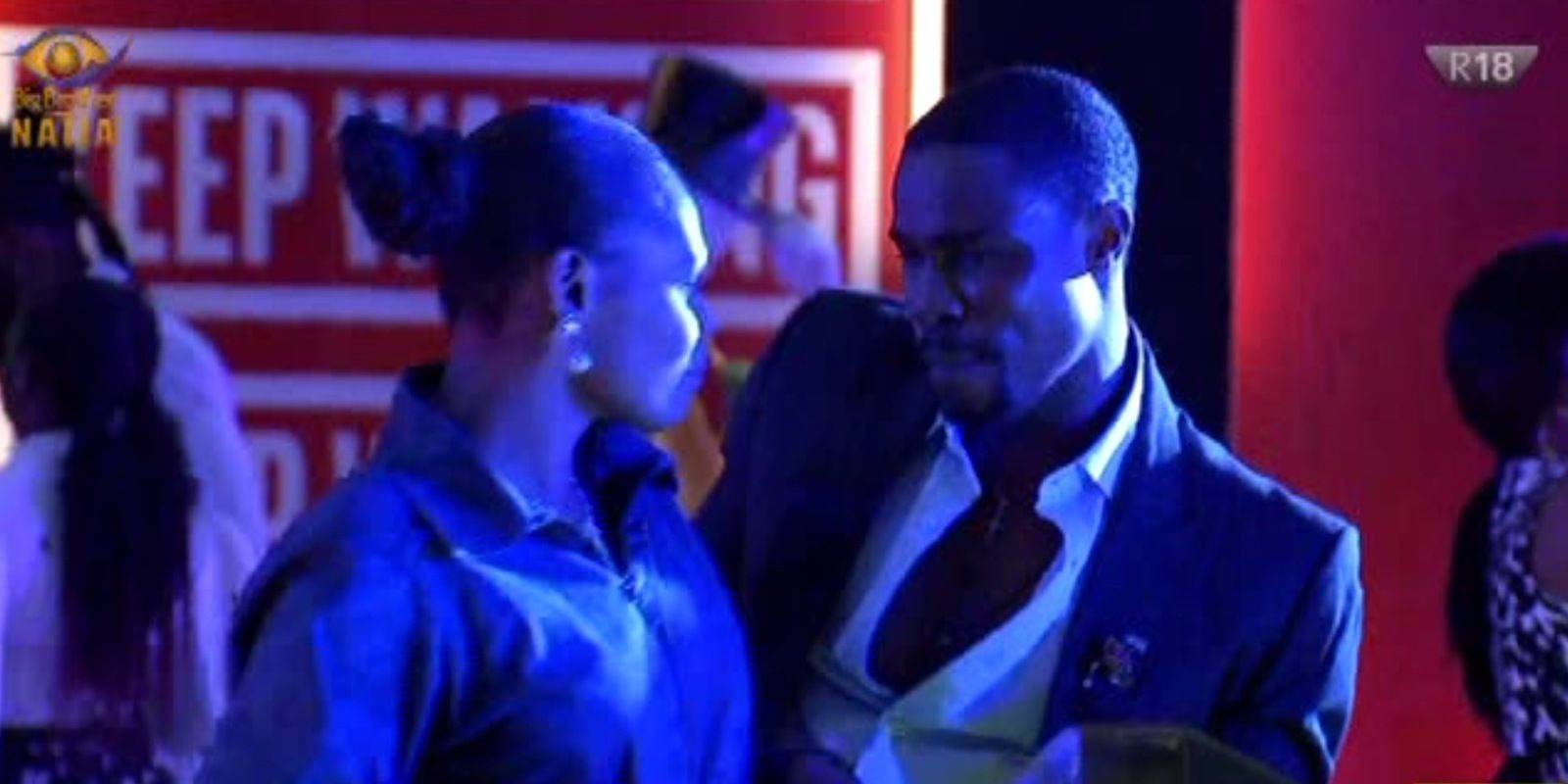 Dorathy also made the best of her single situation by making sure she enjoyed every single moment of the Party. She could be seen getting low, twerking and doing her best to not let the ‘ship that is launching between Ozo and Nengi ruin her night. If dancing was medicine, Dorathy got a huge dose at the Party. 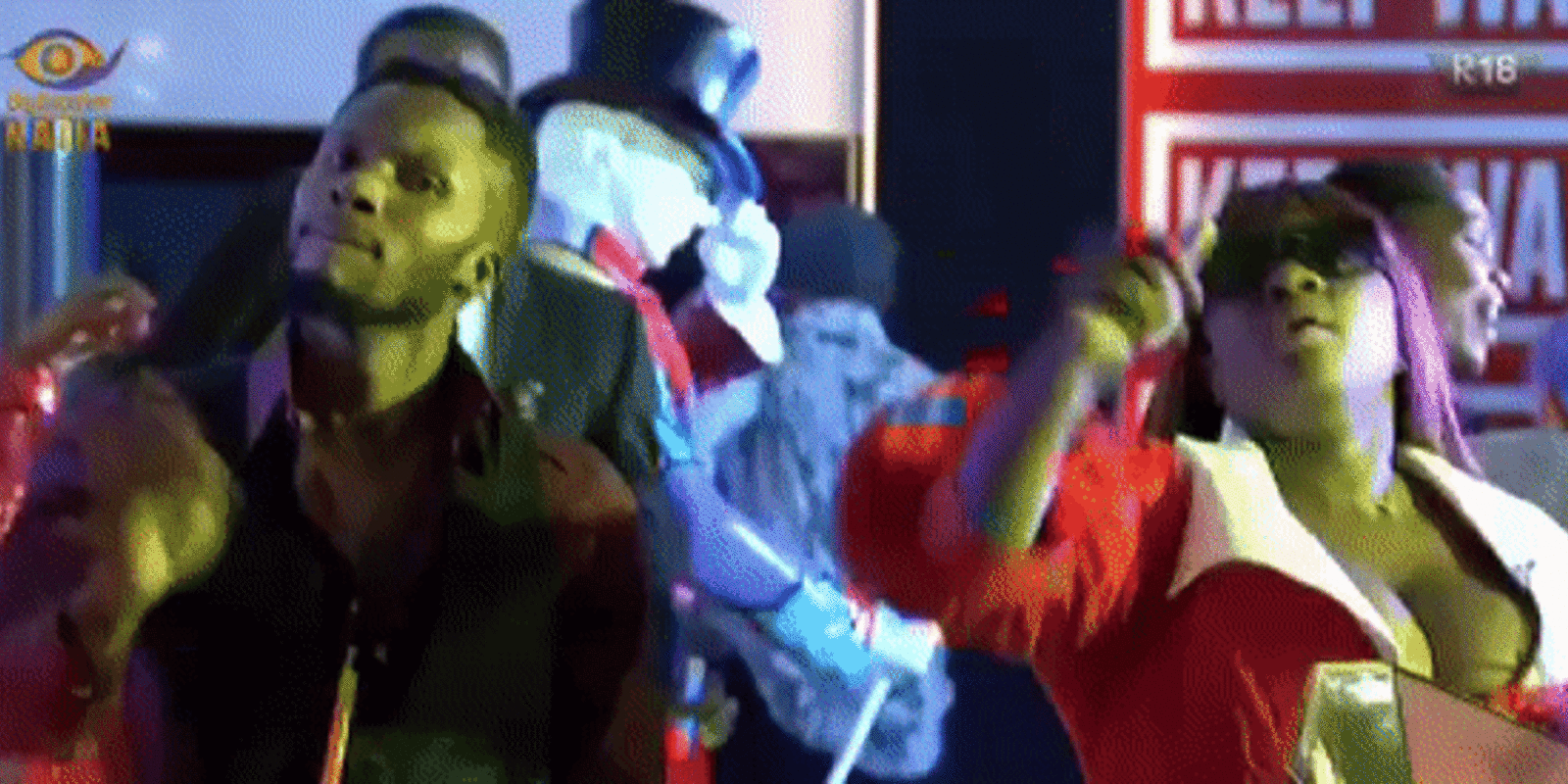 Laycon is still having a hard time coming to terms with the fact that Erica isn’t as into him as he would like. During the Party, he could be seen holding Erica tight and came close to kissing her on more than one occasion. Her interest in Laycon was strong because she seemed to have enjoyed her warm-up drinks session a little too much.  If it wasn’t for Laycon's decency and the odd time Kiddwaya came over to stop the progress, this could have been the night he finally got what he wants most. To be more than just Erica’s friend. 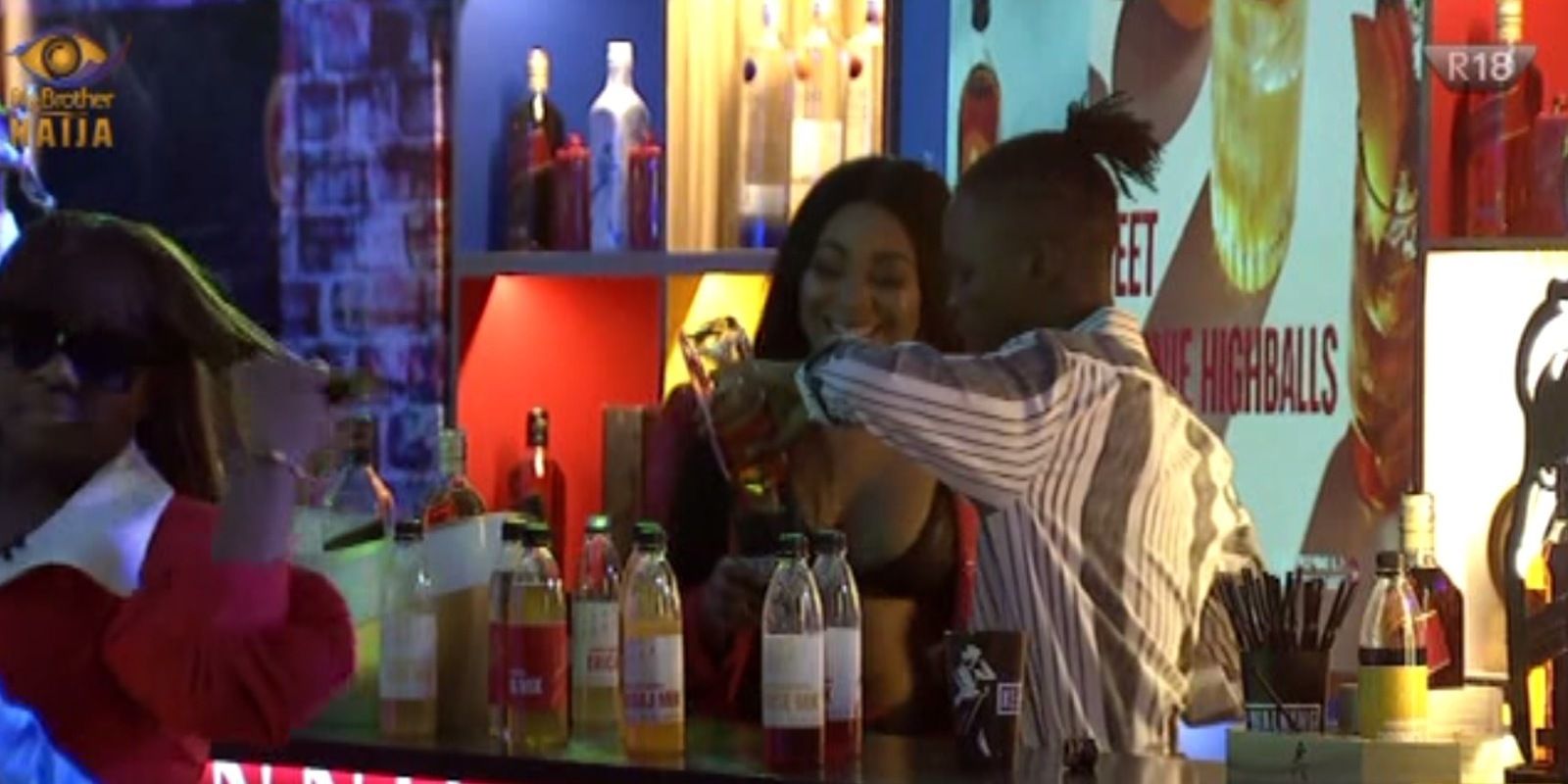 The most important lesson we can take away from the Housemates who didn’t let being solo ruin their night is: if you want to have fun, having a partner is not a prerequisite.

Video
Day 15: Week two in the Level Up House – BBNaija
Ships grew, strikes were issued, and the gist was shared. Week two in Biggie's House has not been without any entertainment as Housemates do all they can to stay in the House till the final day.
Video
Day 14: The Urban Street Vibes Party was a movie– BBNaija
The second Level Up Saturday Night Party was one for the books. Level 1 & 2 Housemates were happy to reunite.
News
Day 20: A Johnnie Walker party
With the right outfits, makeup, drinks, music, vibes and of course themed dance floor, a perfect Johnnie Walker ‘80s themed party was created.
News
Day 20: Is this the last one?
When you are not sure if it will be your last good time