Day 20: Everyone is a winner

News
08 August 2020
After putting up an impressive performance, the #BBNaija Housemates enjoy the sweet taste of victory.
SUBSCRIBE TO WATCH

For the Challenge, the Housemates were required to divide themselves into six teams of three members each.  This they did immediately after the Brief was read by the Head of the House.

The Challenge was divided into three stages. The first stage was the quiz where the Housemates answered questions about new digital currencies like Bitcoins Perfect Money and other digital assets. Each team took turns to answer a total of 3 questions. For each question, they had 60 seconds before the buzzer went off.

The second stage had them playing a game of Charades but this time, they had to draw the image to provide a clue and wait for their teammates to make the right guess. 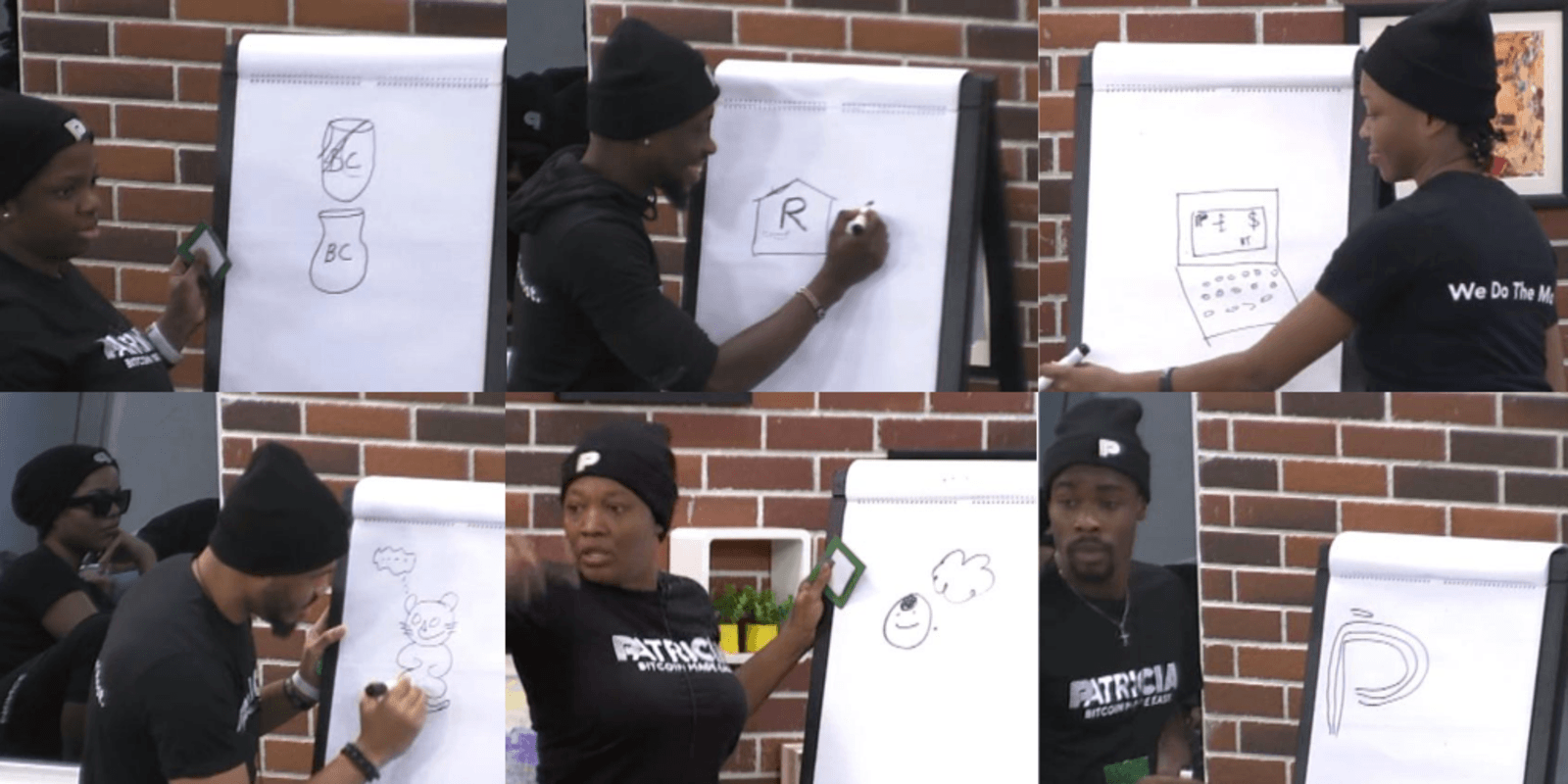 For the final stage, the Housemates were asked to prepare a jingle not shorter than two minutes and not longer than five minutes. This was where the Housemates brought their creative side to play. From catchy and exciting songs to funny plays, the Housemates dug into their goodie bag of talents for an outstanding performance. 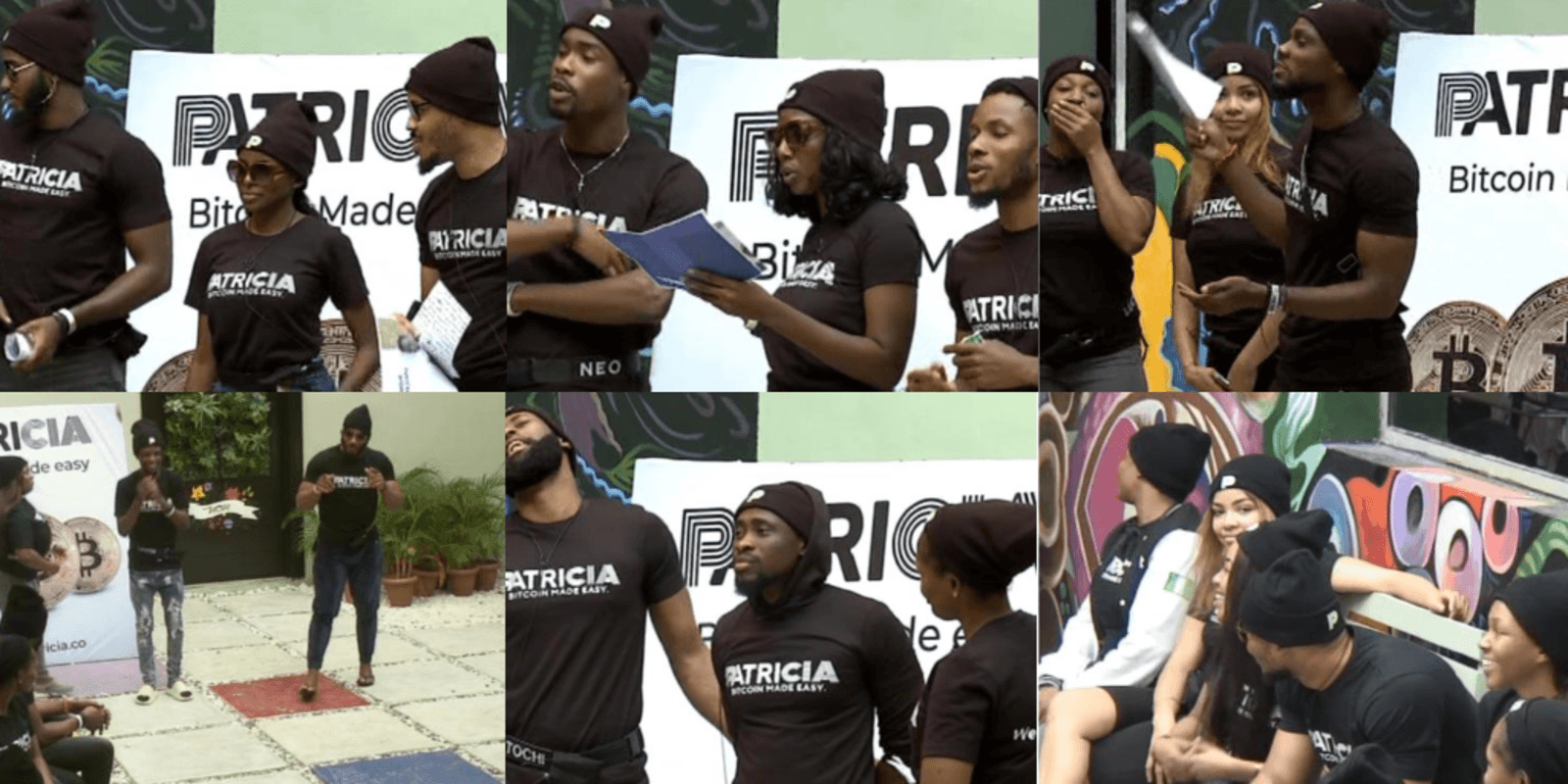 Impressed by their performance, Biggie decided that they were all winners and awarded each of them the Patricia Gift coin worth 500 dollars as a reward for a job well done. 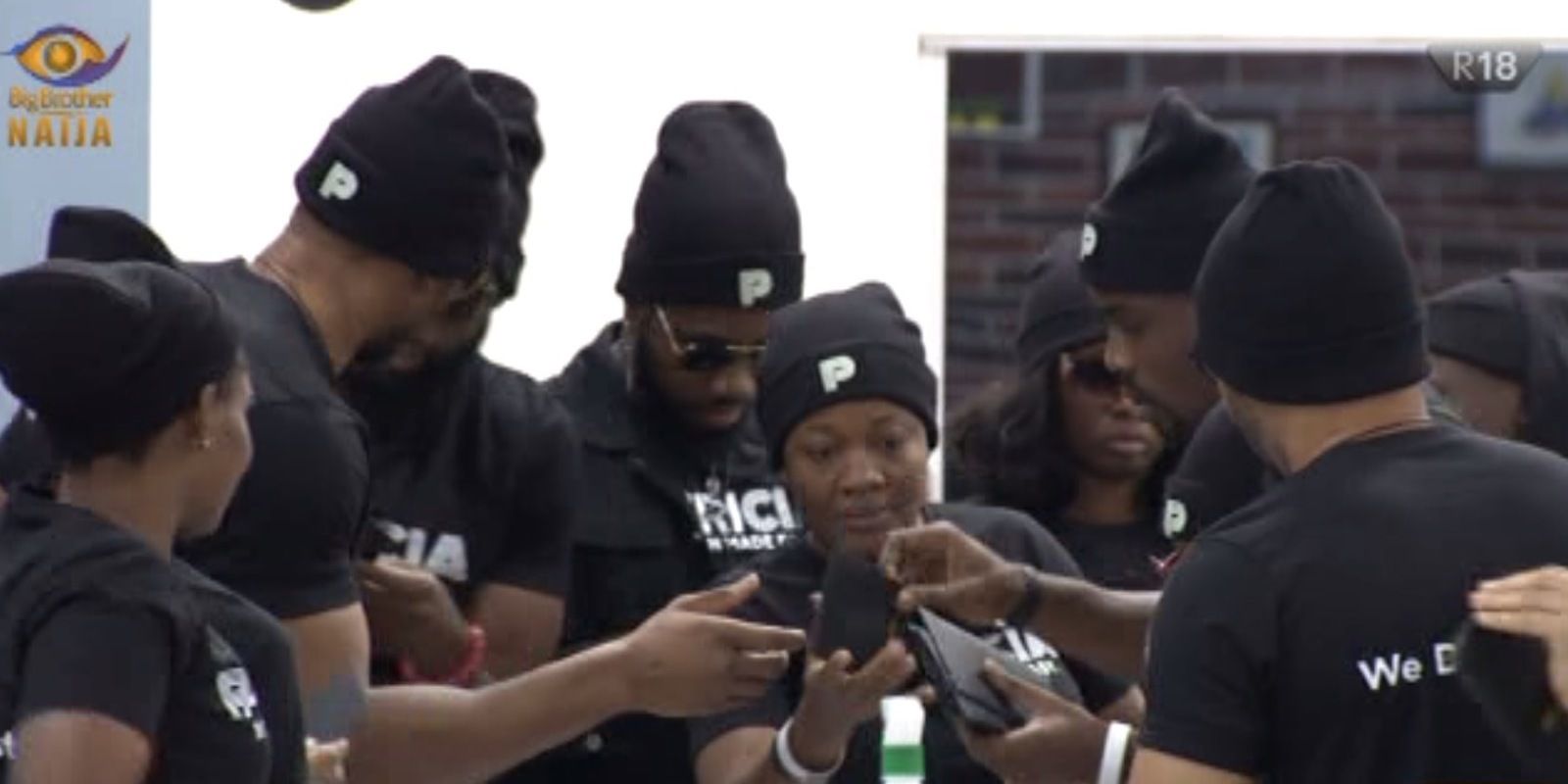 Video
Day 20: Post Task palava – BBNaija
The BBNaija Level Up Housemates had a lot to say about the Wager Task. The Level 1 Housemates feel Biggie pitied the Housemates while the Level 2 Housemates also criticised the Level 1 Housemates for not focusing on the Task.
Video
Day 20: The Gen-Z fashion Task– BBNaija
Friday night came with all the razzmatazz as the BBNaija Housemates pulled up all the stop in their Wager Task presentation
Video
Day 20: Everyone is a winner with Patricia
Impressed by their performance in today’s Patricia Challenge, Biggie decided that the Housemates were all winners and awarded each of them the Patricia gift coin worth 500 dollars as a reward.
News
Day 20: Partying without a partner
You don't need to be in a 'ship to have fun at a Big Brother Party