Day 13: The Party to end all parties

News
02 August 2020
If you didn't know that Big Brother throws the best parties, now you do!
SUBSCRIBE TO WATCH

There were many clues that the second party in Biggie's House was going to be fabulous, but even if you saw them, you wouldn't have been able to guess just how splendid it would be.

The first hint that fun was on the way was when the Housemates were summoned to the store by Biggie. What they found inside had them happier than glutton at a buffet as their tailored outfits for the turn up had arrived. Fashion has a way of setting the mood for any occasion, and the couture that On Point Clothing had created for the men, and  T Ball Couture for the ladies. Of the outfits making the dance floor look good, here were the biggest hits.

After her first outfit didn't work with her God-given assets, a second outfit had to be sent. The second look featured multicoloured sequins that oozed glitz and glam while showing off the beauty that has made Dorathy a fan favourite. 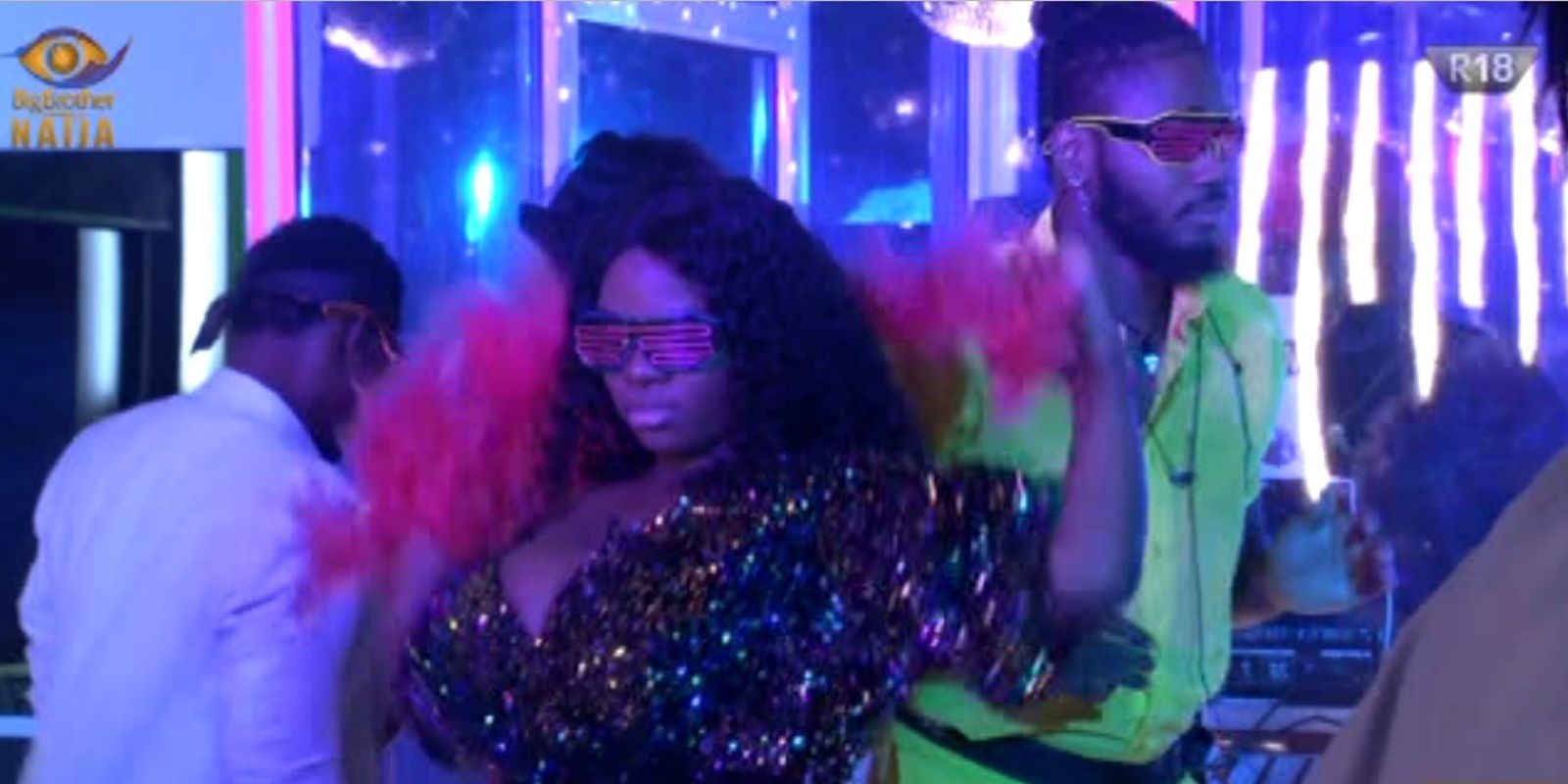 One of the things that makes being fashionable hard is that it is subjective. To one person Vee's outfit may look like a beautiful blue plaid 2 piece suit with a pleated skirt, and a matching boob tube, and to anothers, it might resemble a school uniform that has been jazzed up.

Another outfit that took no prisoners fashion-wise was Wathoni's yellow A-Line dress with a pencil skirt insert in the front. Her slim frame made the flourishes of this outfit undeniably amazing. 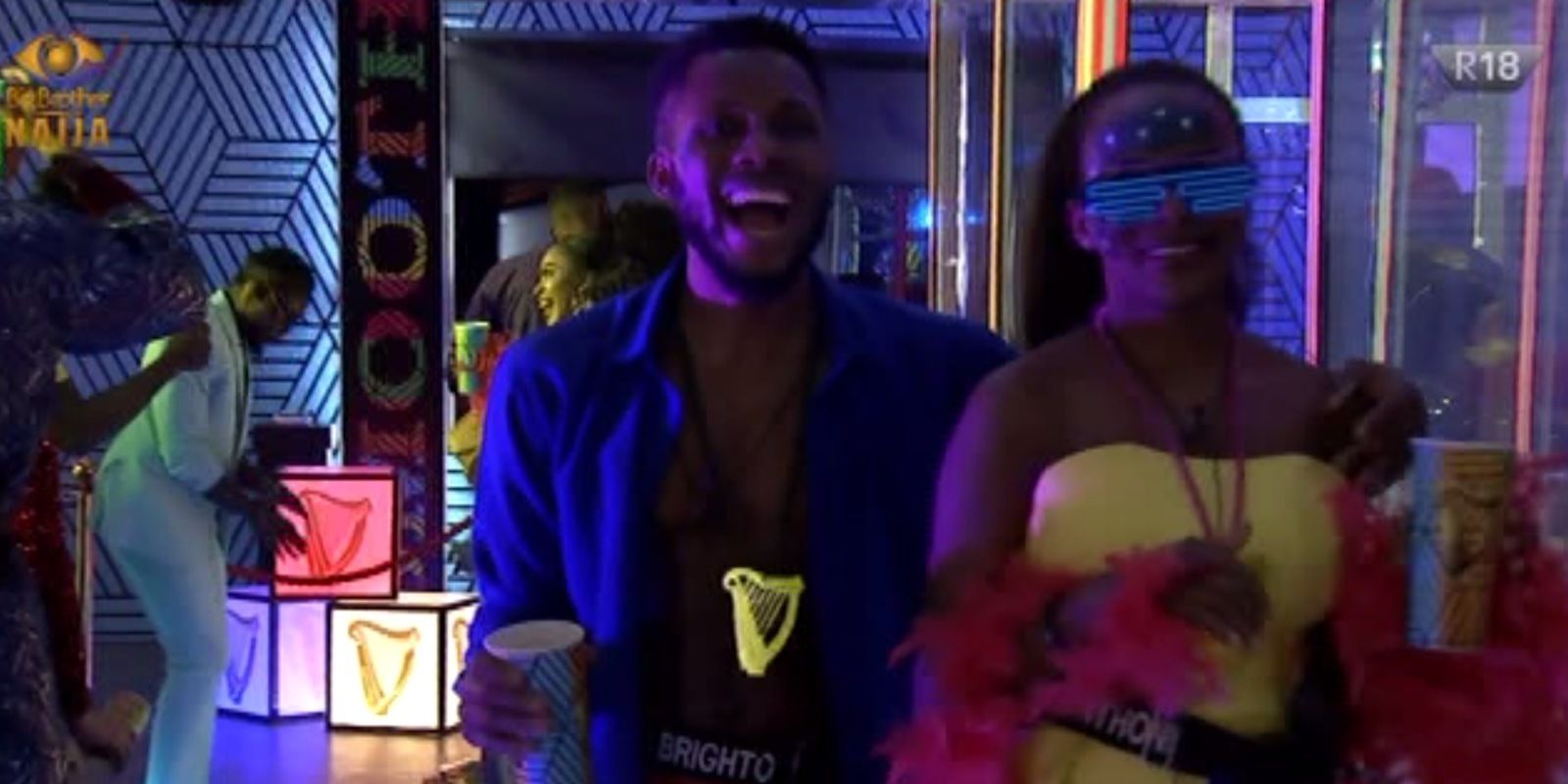 Joining the ranks of the fashion elite was Erica in her mustard babydoll dress with a striped accent and puffy sleeves. The dress made it hard for everyone to keep their eyes off of her, and even harder for some of the guys to keep their hand off of her while dancing.

The glittering crimson sequined dress that Lilo had the pleasure of adorning was a true masterclass in fashion. The asymmetrical and snug fit made the happily hooked up honey the belle of the ball. 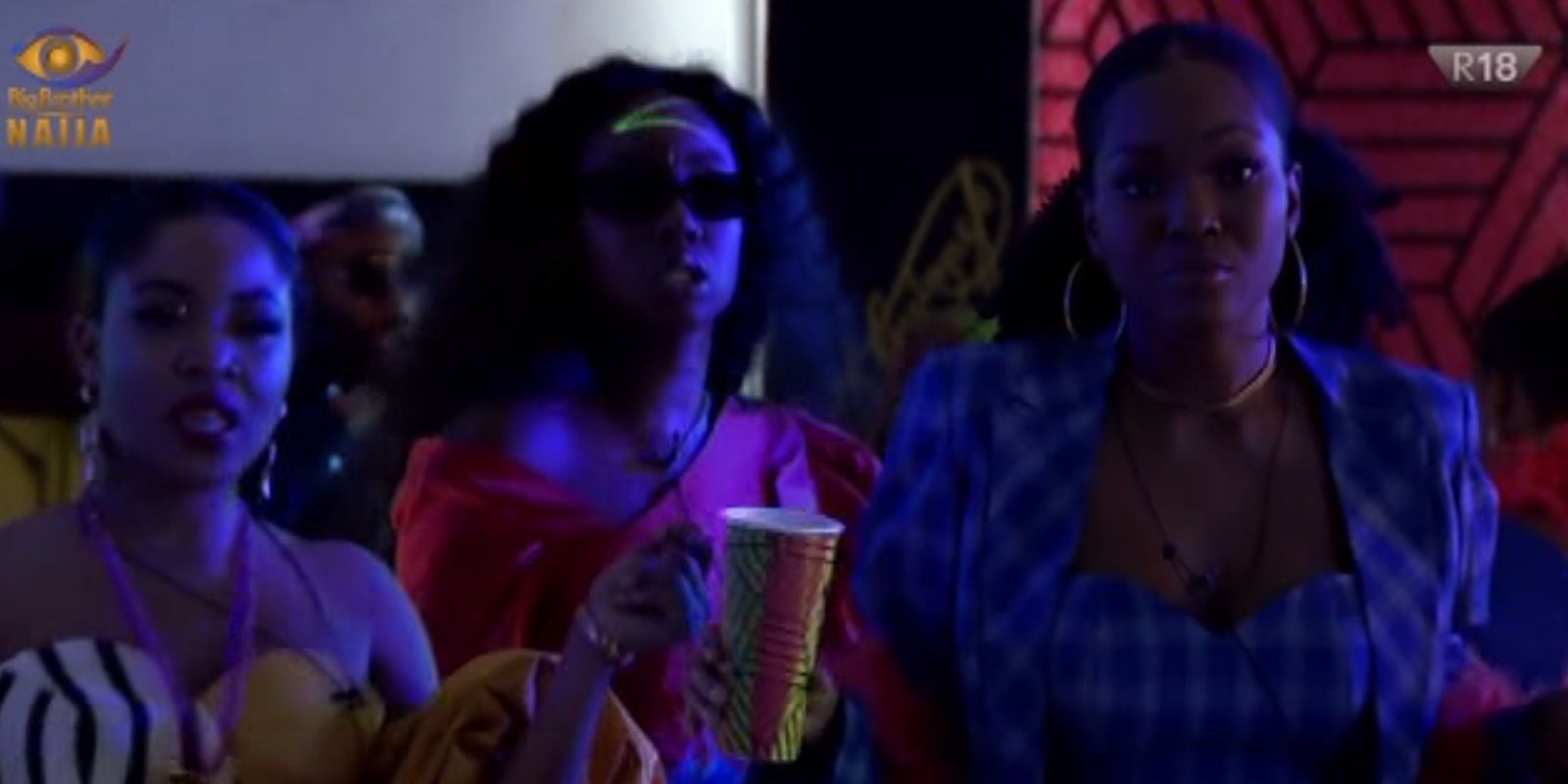 There is no denying that the brother is handsome, but when we finally saw the sumptuous blue and grey patterned buba partnered with a maroon turtleneck, we were convinced of this for a lifetime. If you didn't think a traditional look can't kill at the club, think again. 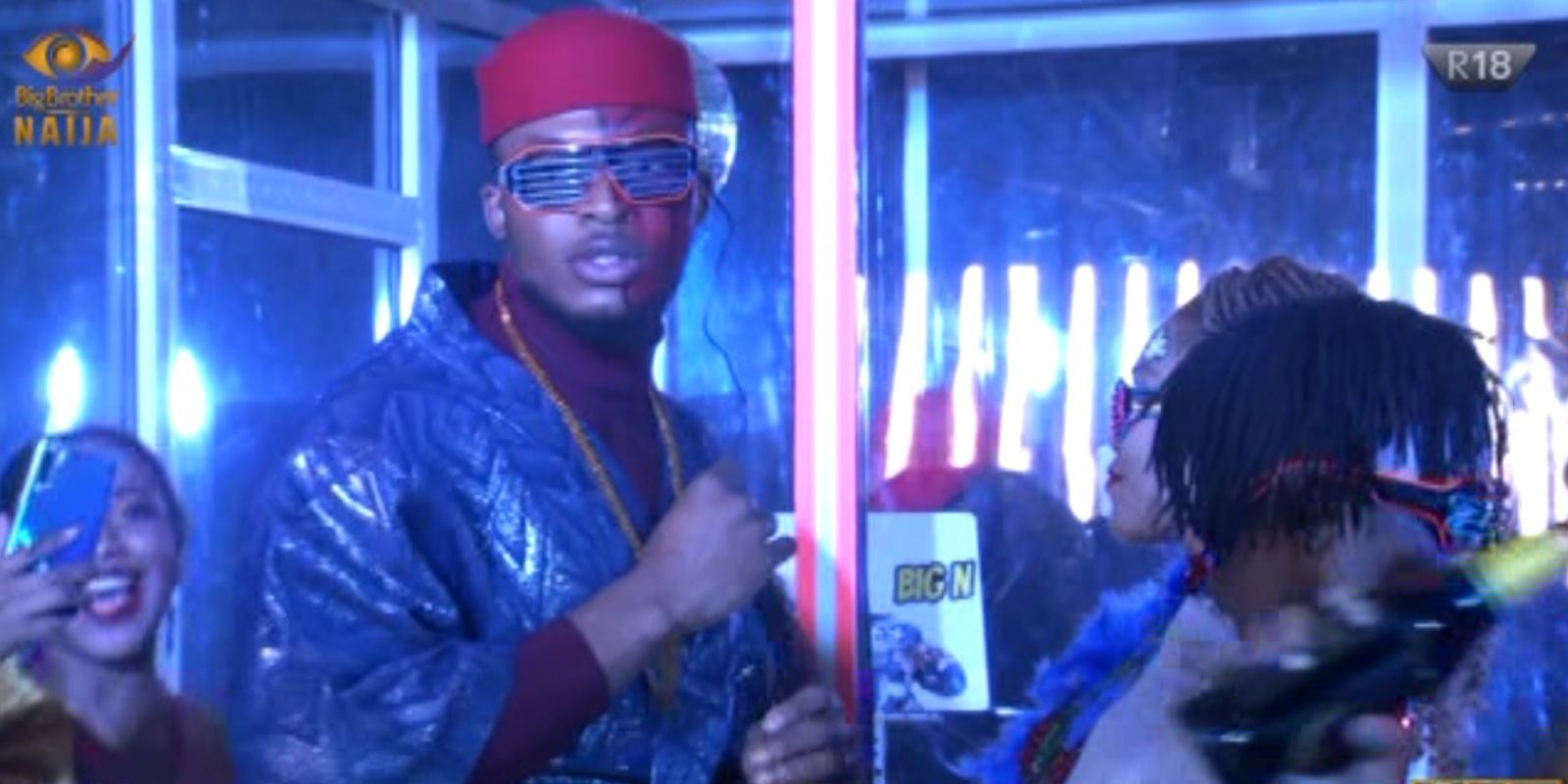 The man with the r personality that shines was given an outfit to match. His yellow shirt and pants combination has a definite hit. His dance moves even looked as joyful as the outfit.

Neo's ensemble was as fashion-forward as he is forward in life. Our resident lover boy wore a black pattern trench coat with gold finishes that shined with the brilliance of the sun. 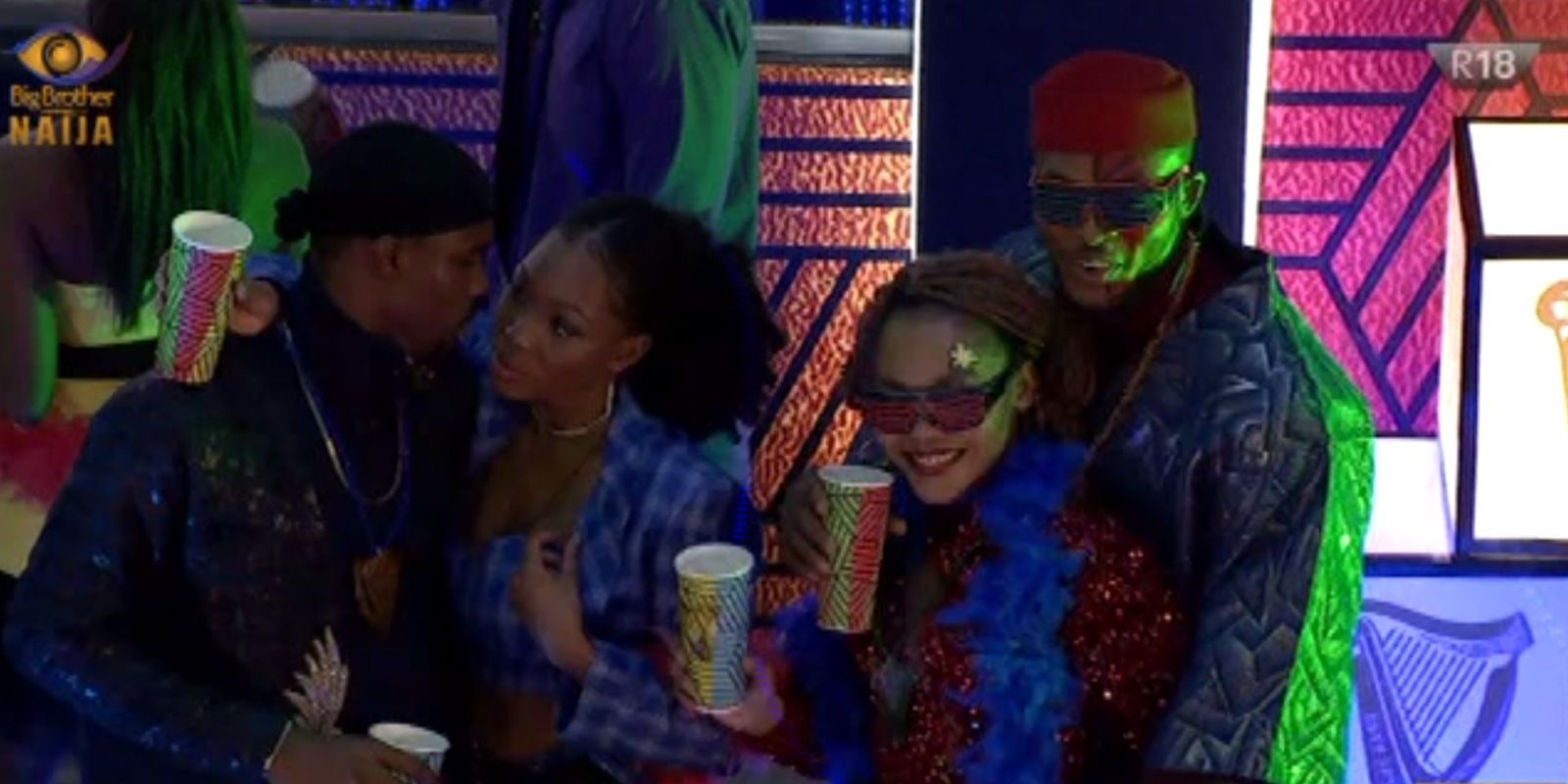 The musician looked as sweet as a harmonised melody in his blue suit with matching shorts. There was an air of missing comfortability for Laycon as the jacket didn't stay on for long once the partying started.

Mr Nigeria was dressed like a king as he celebrated his birthday. His yellow three-piece suite with three-quarter sleeves had to be the stuff that fashion dreams are made of. If Prince wasn't having a happy birthday, then this suit changed that. 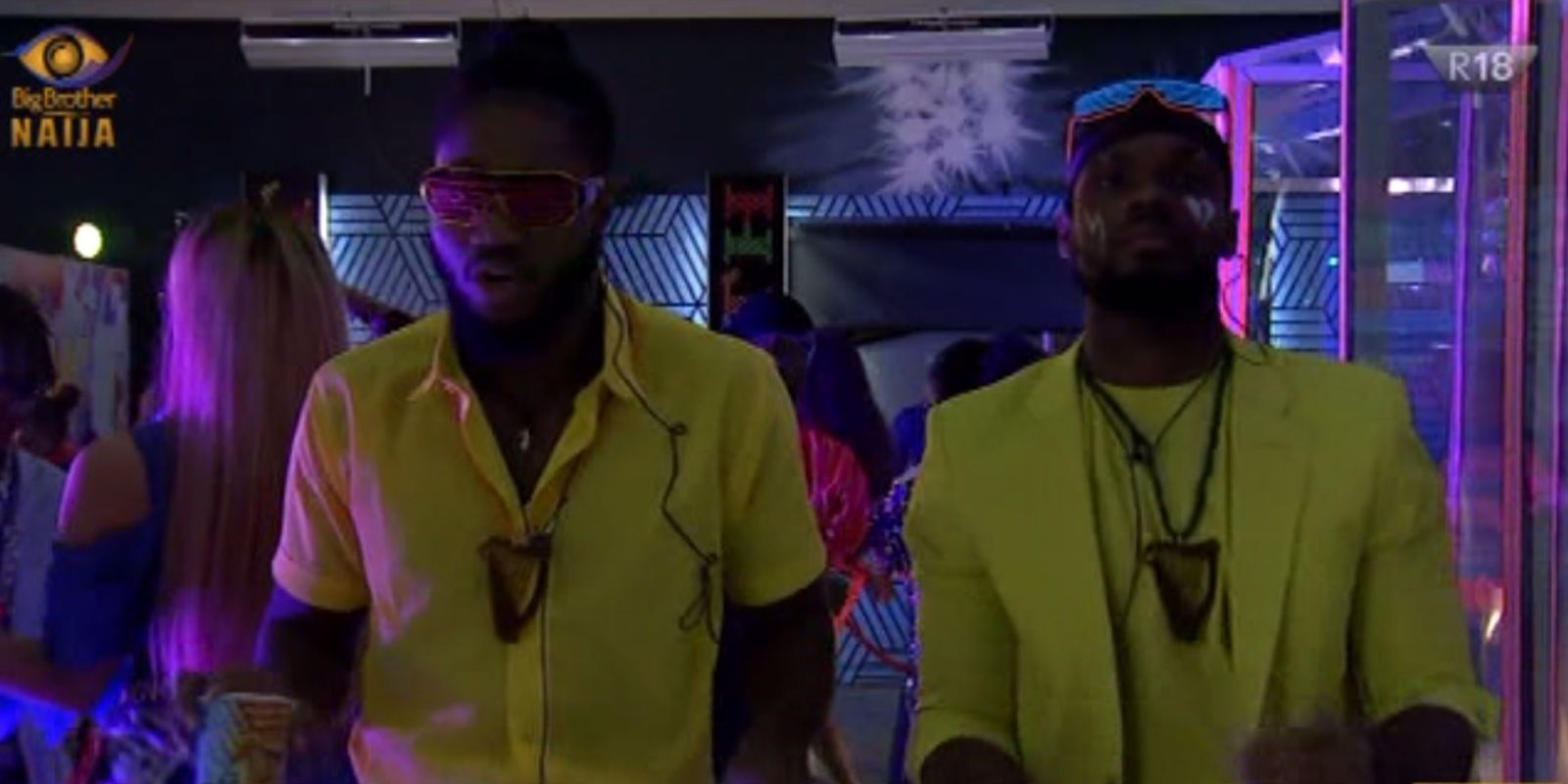 Once the refreshments that the good people from Guinness had provided started flowing and the Housemates began to vibe to the sublime sounds of DJ Big there was no doubt that the second party in The Big Brother's House was the best yet. 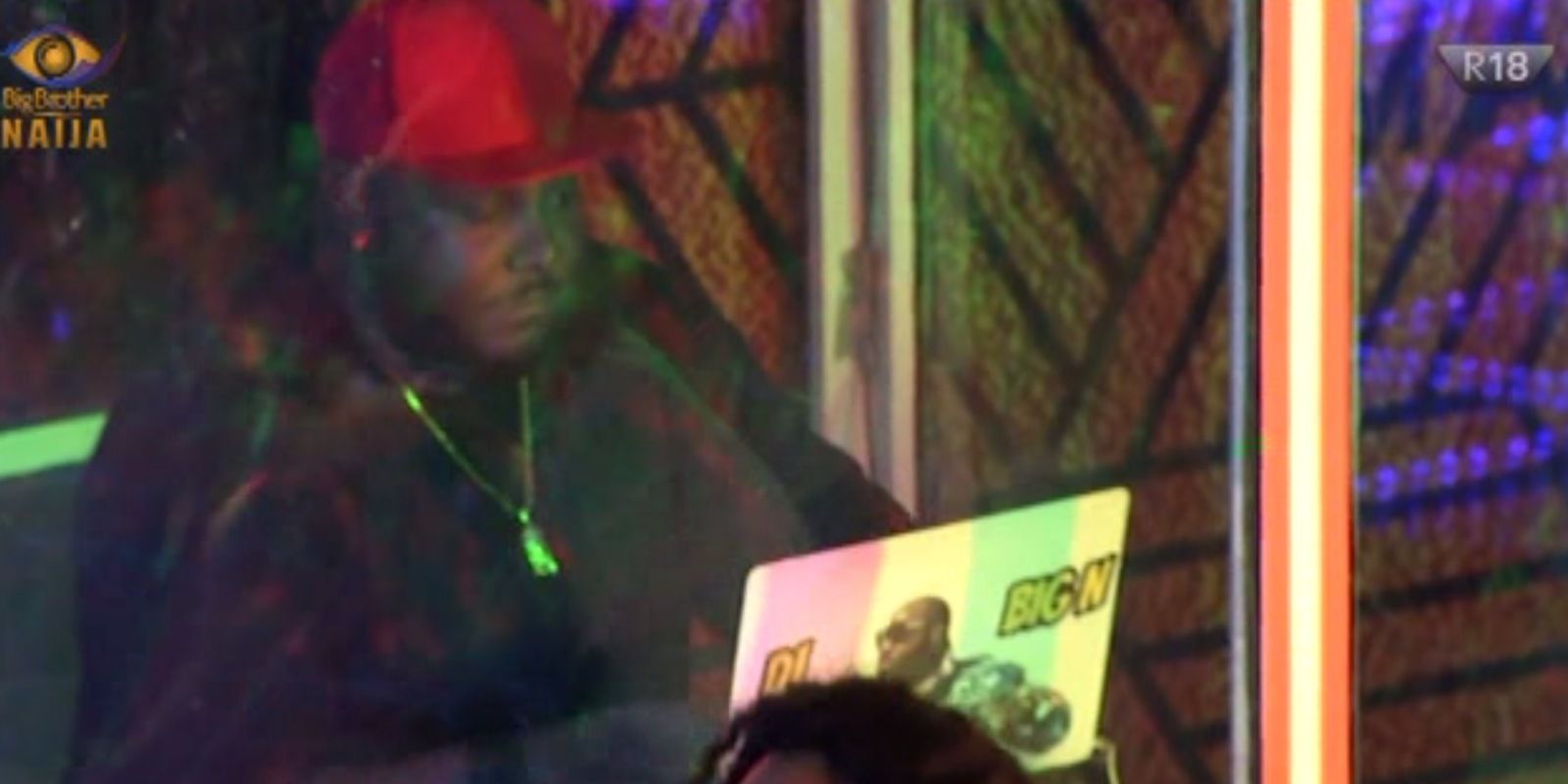 When the Housemates heard Oxlade start singing, they went from good to great. The crowning moment of the evening had to be at the end when DJ Big N announced that there was a birthday present for Prince and the housemates got to serenade him and enjoy some of his birthday cake. 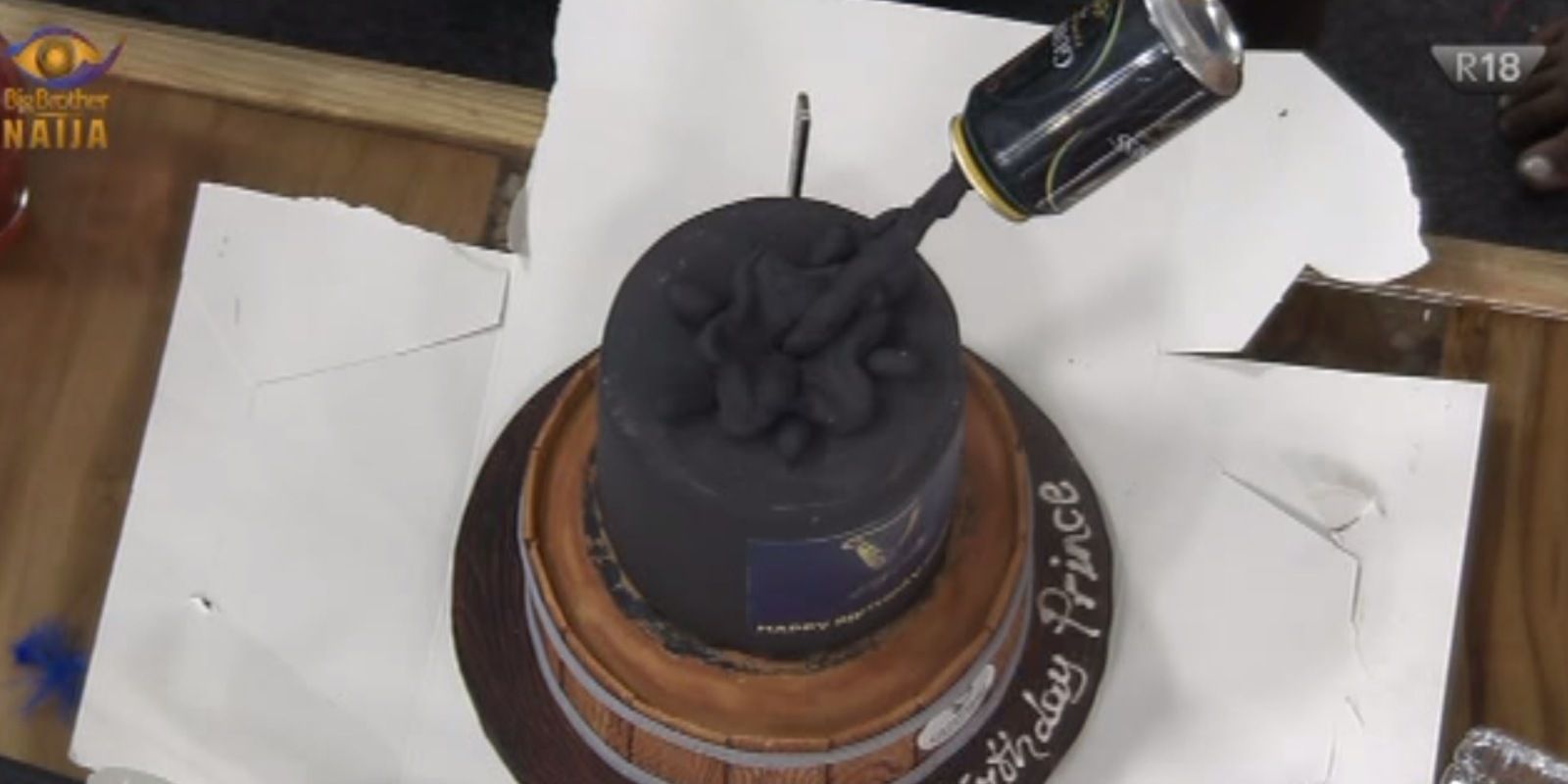 If every Party in the Big Brother House is this wonderful, then the Housemates won't worry about winning the prize, because the joy they get on Saturday nights would be worth so much more.

Video
Day 8: A lowdown of the first Saturday Night Party – BBNaija
It is one thing for one Level to party by itself, but it's a whole different ball game when they all meet together for a party. Energies were high last night when both Levels met at the Saturday Night Party. They brought looks and vibes with them, and it made for an exciting party. Some Housemates crossed the floor to mingle with those in the other House. Doyin enjoyed Cyph's company, and Phyna gravitated towards Eloswag. Romance brewed, fights erupted, but the party was just that; a party.
Video
Day 22: Ilebaye speaks on party drama – BBNaija
Ilebaye explains to Groovy, Kess and Bryann about her encounter with Chichi at the #BBNaija Saturday Night Party and why she took the actions that angered Chichi.
News
Day 34: Partying with the Geng
It's another lit Saturday Night Party and we experience what it feels like partying with the BBNaija Lockdown Geng.
News
Day 27: How Twitter partied with the Lockdown geng
You know a Saturday Night Party is lit when it gets the streets of Twitter buzzing all night long.