Seeing how jolly and playful they always seem to be, who would have thought that Biggie’s chat with the Housemates will make them sober and in their feelings.

In her opinion, Lucy thought she did her very best to lead the Housemates to a big win. Unfortunately, her approach didn’t sit well with the Lockdown geng and it seemed all her efforts proved futile.

After Biggie’s announcement, she burst out in tears and kept blaming herself for not having a victorious reign as this week’s Head of House. We found it cute that her Deputy HoH, Prince, was right by her side to console her and make her see reasons to why blaming herself was a wrong move. ‘What would you have done differently?” he asked her. 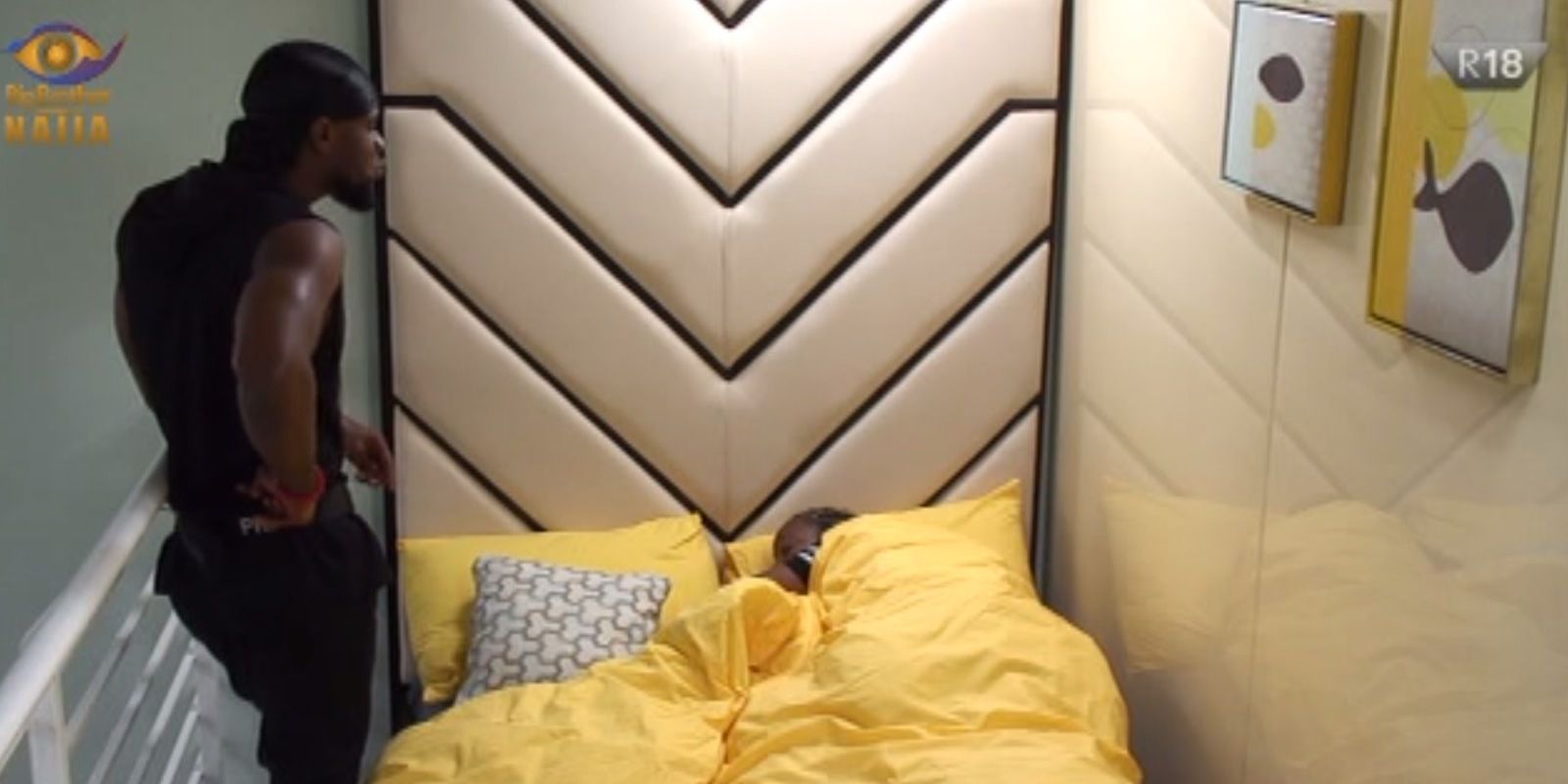 Nonetheless, Lucy was convinced that the Housemates’ dislike for her made them conveniently not listen to her instructions and even picked up a fight with her when they felt like. She went ahead to compare her reign to Nengi’s claiming Nengi was loved by all and it made it easy for them to follow her every rule.

After this conversation, Prince went to the Housemates that were gathered in the Garden and appealed to them to make Lucy’s HoH reign easier. He sure deserved this role, right? We stan!

Aww poor Lucy, this feeling must suck. Do you think she’s beating herself up and overthinking this?

Who else noticed the distance between our once picture perfect couple? For a few hours now, all Twitter wanted to know was why Kiddwaya and Erica were not on speaking terms. However, upon hearing Erica talk to Ozo and Laycon about the situation between herself and Kiddwaya, we put things together.

Who else is interested in Kiddwaya’s side of the story

Do you remember the truth or dare game where Wathoni picked Kiddwaya as her kiss partner and well… for everything else they dared her to do after that? Apparently, Erica may have been offended by this and has since been making slight remarks to Kiddwaya. According to Kiddwaya, hearing her refer to the truth and dare game alongside statements like “You are a player, I don’t think you’re serious”, made him withdraw.

While explaining his side of the story to Tochi and Bright in the Dining Room, he further said, “I’m just trying to be nice, but she thinks I want to sleep with her.”

How you go judge this matter?

Na she sabi. Kiddwaya came to #BBNaija to have fun & be himself. If Erica came to hunt for serious fiancé game, thats her business.. She's taking this relationship thing a bit too seriously.. Its all fun..

Where does the Kiddrica ship lie?

It’s funny how Erica found solace in the arms of Wathoni who earlier planned to sleep in Kiddwaya’s bed tonight. Why do you think we found it funny? Well, Kiddwaya and Erica gave us couple vibes all through the week and some of us were already shipping. Or weren’t you?

While trying to explain to her new found Lockdown friends, Erica told Tolanibaj and Wathoni that she’s naturally not the type to make friends easily, which explains her moody mood. To which Wathoni replied saying, “I thought it was Kiddwaya that made you sad”.

One other thing we found funny is the fact that Kiddwaya came to join the trio in their conversation and of course, they had to change the topic from his name. Instead the girls started advising Erica to learn how to make friends with people by force in the Lockdown House.

Shortly after Kiddwaya left, Laycon joined the meeting and the conversation continued.  Erica went ahead to tell them that she’s close to Laycon and Erica in the House; however, she has only been able to connect more on a mental level with Laycon. While with Kiddwaya, she’s been nothing but flirty with him. “If I was blind, I wouldn’t be attracted to him,” she said to them.

While all this was going on, we couldn’t help but wonder what was going on in Wathoni’s mind. Could this serve as a green light for Wathoni to make a move? After all, it’s shoot your shot season!

After explaining her current situationship in the House and why she thinks Kiddwaya isn’t a serious relationship type (which explains why they do nothing but flirt), Erica then went ahead to ask Tolanibaj what she thinks of this whole thing. It took Tolanibaj a long minute before saying, “Well, I find Kidd flirtatious..”. Erica agreed.

The major issue with my kiddrica ship is communication; Kidd and Erica would rather flirt away their problems than talk about it 🤦🏾‍♀️. Such a stressful ship, haibo! #BBNaijaLockdown #BBErica #BBNaija pic.twitter.com/oZiBiynENy

Whew! This ship seems like a chore and although we’re seeing some signs that these two are attracted to each other, we need them to put aside distractions and make it work or at least try to remain friends while at it. What do you think?

Video
Day 11: A little flirt to make the day– BBNaija
Beauty and Groovy get into a flirtatious mood as they share a meal in the dining area
Video
Day 2: Eloswag wins HOH – BBNaija
During the very first HOH game for the season, there were surprises and upsets as Dotun and Khalid were disqualified in the second round. While Bella was named tail of House for her poor performance, Eloswag bagged the first HOH title, leaving some disappointed.
News
Day 24: Looking at Erica’s HoH reign
Over the past couple of days, Erica has been leading the Lockdown House and we took to the streets of Twitter to analyze her leadership style in the House.
News
Day 22: Erica wins HoH Task
The only chance for the Big Brother Naija Housemates to win Immunity was an action packed affair, and Erica emerged victorious in this Challenge.